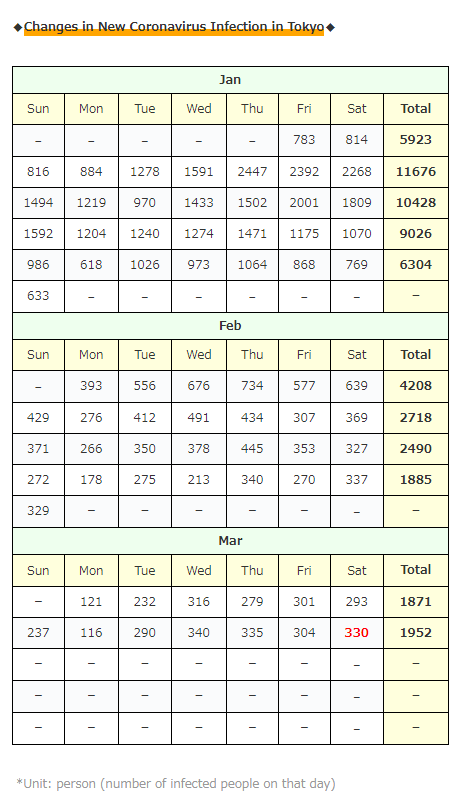 And in total for the week, this week was the first increase since the year-end and New Year holidays … 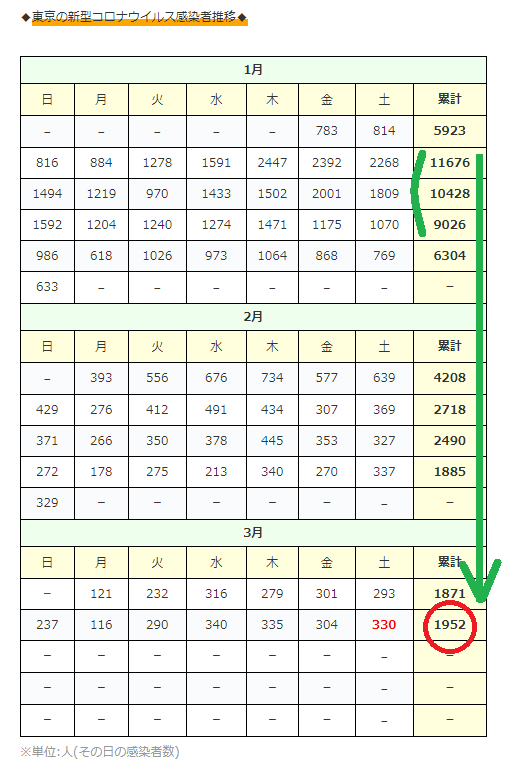 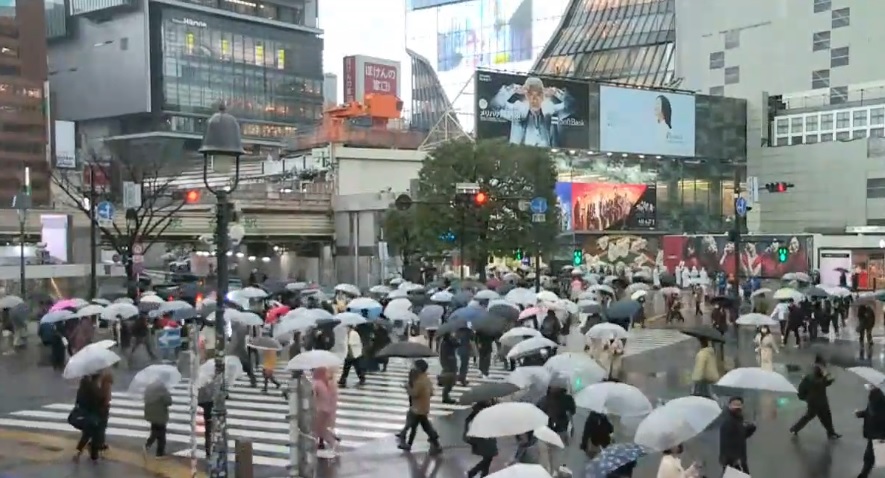 ・Infection in the facility [63] people

*Among the infected people counted today, there are [11] cluster relationships, including the above.. (Other than the above, add 2 or less each) 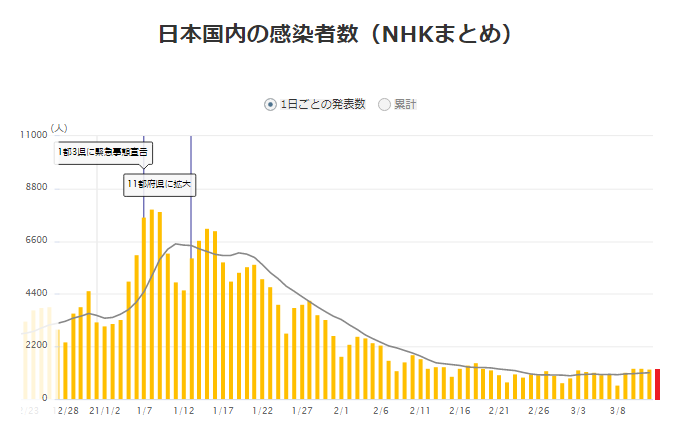 More than half the number of days in this week, the number of infected people has increased from the same day of the week last week …

About that, the government seems to wait and see about it as follows.

“I want to continue our efforts with a sense of tension.”

I hope it doesn’t continue to increase …

And it seems that mutants are appearing more and more …!

This time it’s a variant of the Philippines!

It was found for the first time in Japan yesterday.

（Discovery of mutants in airport quarantine on March 12)

It seems to be as threatening as the variants in England, South Africa and Brazil …!

I hope it doesn’t spread …!

There was also a lot of vaccine related news!

It seems that there were multiple reports that thrombi were confirmed after vaccination in Denmark for the AstraZeneca vaccine, and it seems that vaccination will be temporarily suspended for about two weeks until the analysis results are known in some countries including Denmark.

In Europe (EU) as a whole, there were 5 million vaccinations and 30 reports of thrombosis after vaccination.

It seems that vaccinations have been postponed in Austria, Italy, Norway, Iceland, and even Thailand.

By the way, the UK, France, Canada and Australia are continuing vaccination!

And there was also such information about domestic vaccination!

It seems that it will be a method to respond by asking multiple desired days in advance about “waiting for vaccination cancellation”!

Currently, it is in the priority vaccination stage, so if you cancel, it seems that they will call for another person who has a numbered ticket, mainly at nearby facilities!

And in May, 10 million doses (5 million people) of vaccine will be delivered to Japan every week, and the pace of vaccination will increase further …!

According to the reports so far, the effectiveness of the vaccine is 95% that it will not develop even if infected, but according to the large-scale vaccination data in Israel, it seems that the result was also obtainedit that “preventing 94% from becoming asymptomatic infected person” … !!!

“If you get vaccinated, you won’t be able to transfer it to people.”

I can’t believe it completely because the statistical data (specific numbers such as how many people) was not revealed, but the day may come when I can take off the mask sooner than I expected!?

I want to look forward to vaccination!

There was some unbelievable news …!

In the examination of the modern society of the first grader of Aomori Prefectural High School, the question was asked, “Where is the municipality in the prefecture where the cluster of COVID-19 infected people has occurred?”

I wanted the name of the outbreak facility to be announced as much as possible to prevent infection, but when I see the case that seems to be really damaging to rumors like this, I think “I wonder if it is unavoidable not to announce it …”