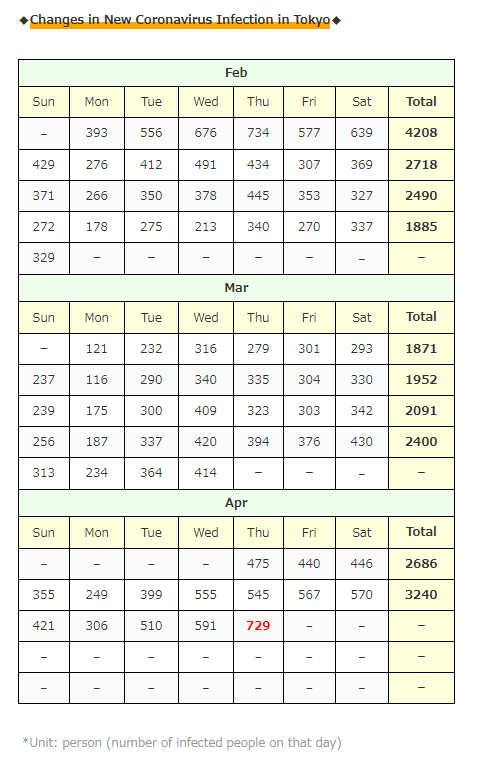 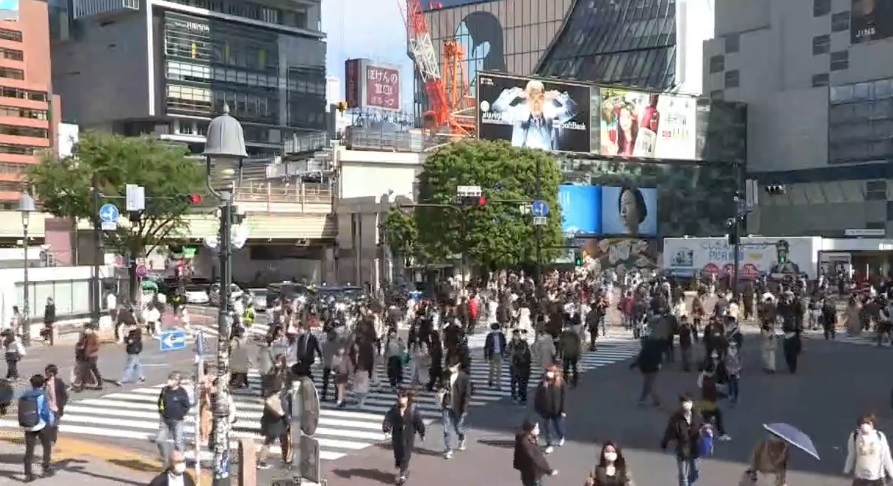 *The highest number of infected people ever (3 consecutive days)

*More than Tokyo for 17 consecutive days 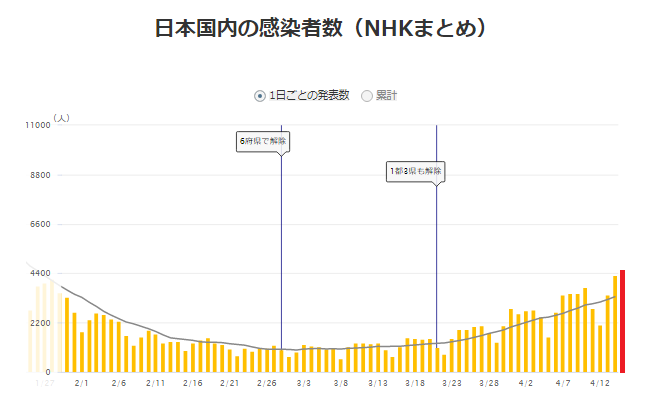 We think “he’s too late to make a decision …”, but if the governments who actually take measures don’t think so, no new measures can be taken, so for the time being, so I’m glad they finally understood it for the time being! (dry laugh)

By the way, the lord (Prime Minister Suga) is …

“At this point, infection status hasn’t become a big nationwide surge,” he doesn’t want to admit like that… (dry laugh)

(From the summary article on April 14th yesterday)

Also, yesterday’s number of infected people ended up at 4312, but it seems that it is the first time in two and a half months since January 28 that more than 4000 people have been infected, but it does not seem to be a “national spread of infection” for him…
(国内感染4000人超える 2カ月半ぶり、大阪最多1130人 新型コロナ – Yahoo!)

Recently, the update of information such as the number of infected people and details has been delayed on both major news sites and the website of the government and Tokyo…, but I don’t understand what they think…

It’s such a government …

They should know that if an infected person comes out of them, they will be bashed by the media and the people, but it seems that the drinking party can not be stopped after all …!

“23 employees of the Health and Welfare Bureau of the Ministry of Health, Labor and Welfare participated in the farewell party until midnight on March 24”

“As of the end of March, 15 people were infected by the staff of the Health and Welfare Bureau.”

It’s a government that makes us want to say, “In fact, the government doesn’t care about infection control so much?”

It seems that they are trying to include various areas such as Saitama and Hyogo in “priority measures such as spread prevention” …!

In both Osaka and Hyogo, the current infection situation, which exceeds the “highest number of infected people ever” every day, and normally, it seems that the government must issue a state of emergency, but
despite the “priority measures such as prevention of spread” to prevent the spread of infection, It’s like “a cushion that must be issued before the state of emergency is declared”…

I hope it doesn’t mean that “on the contrary, the issuance of the state of emergency will be delayed” … (cry)

At the special nursing home for the elderly in Kyoto, it seems that they had thrown away the vaccine left over due to the absence of two staff members …! !! !!

What are they thinking about, despite the fact that they are important vaccines not only in Japan but also in the world…

They didn’t even make a cancellation list…,
so… I’m in Tokyo now, but if it’s for vaccines, I’d go to Kyoto!!!

By the way, the facility seems to explain that “We have decided that urgent vaccination of people who are not prepared for vaccination should be avoided in terms of physical condition.”

Meanwhile, in Tokyo at that time …

The spread of the infection has not stopped, and the number of infected people has been higher than the same day of the previous week for dozens of days in a row …, but

Governor of Tokyo Koike
“Let’s suppress COVID-19 with priority measures and make it a good Olympics!” 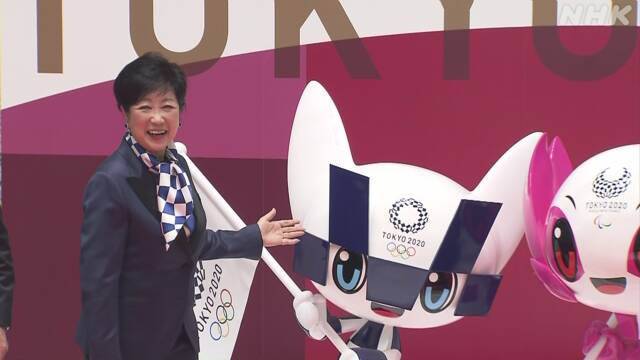