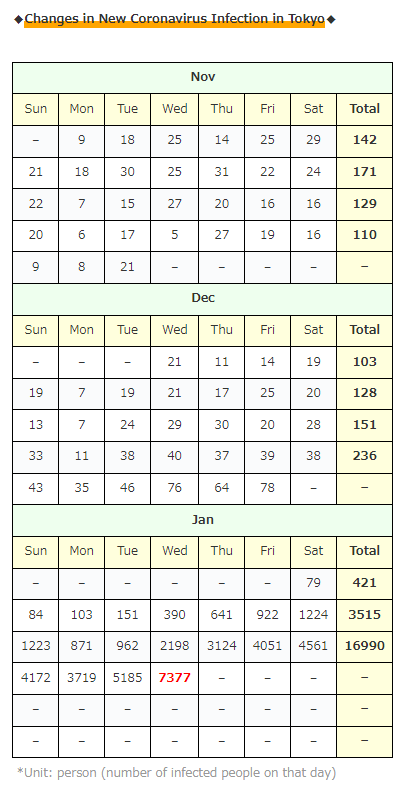 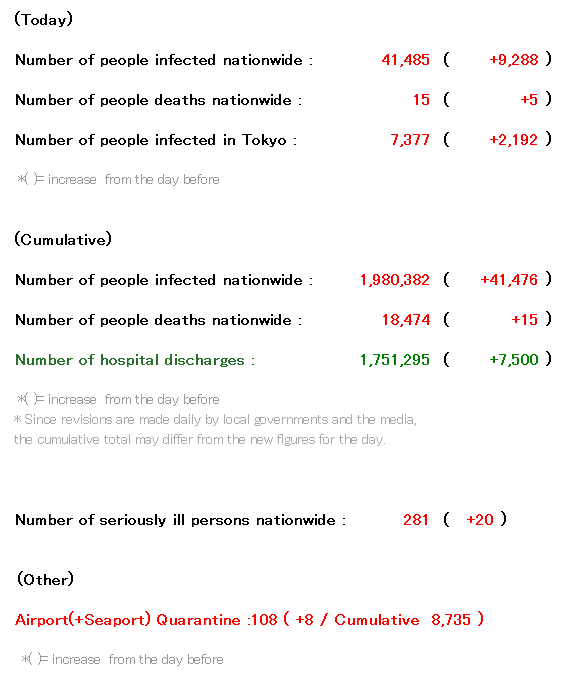 The number of infected people in Tokyo will never stop increasing …

Even so … how much will it increase … 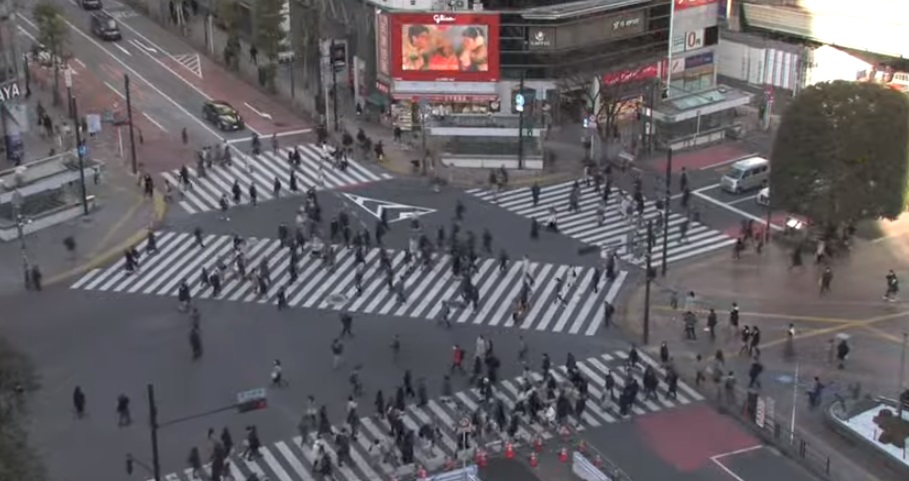 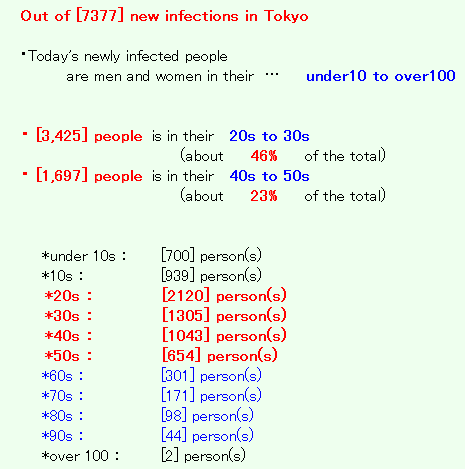 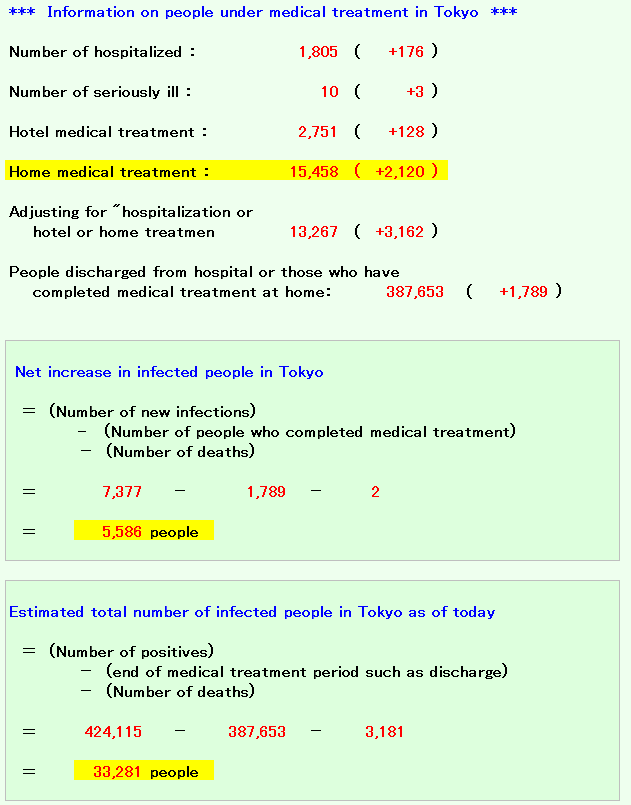 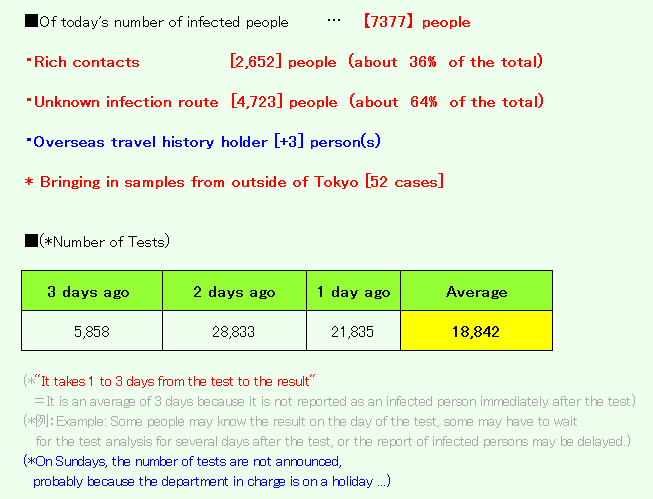 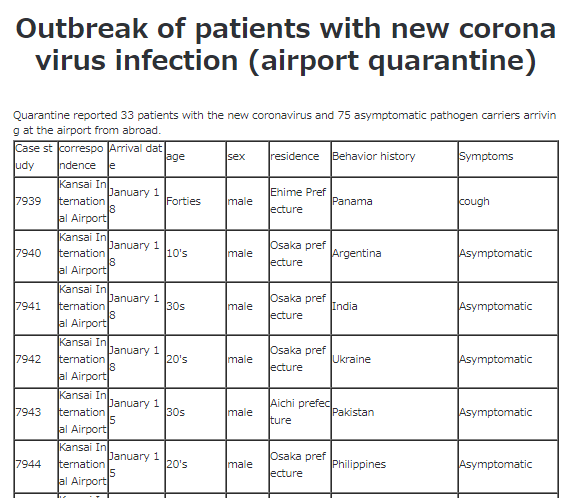 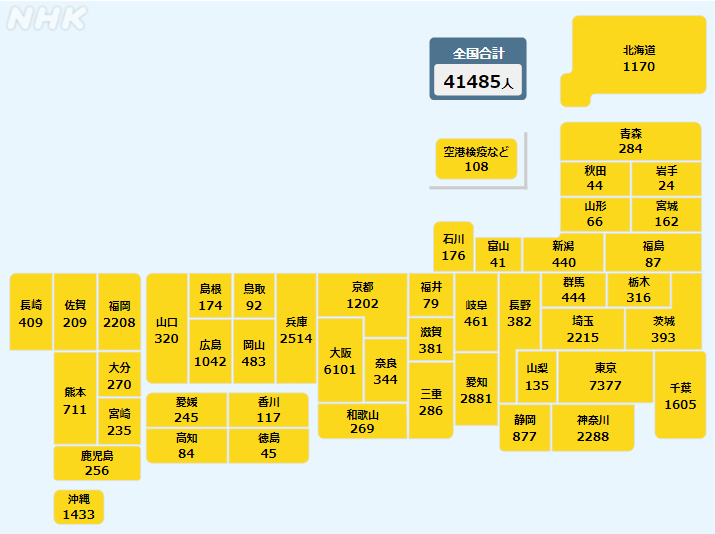 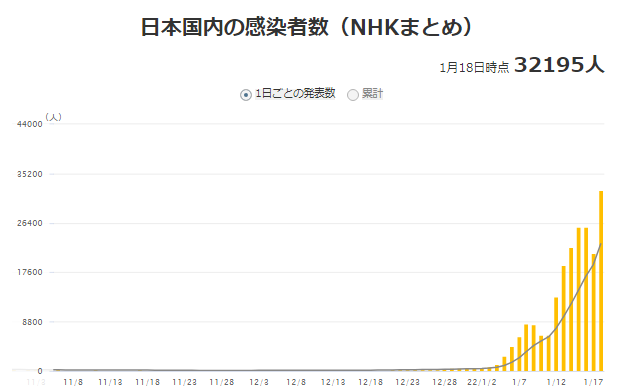 Whether you look at it in Japan as a whole, or in Tokyo or Osaka, the infection situation is really the worst, and it has significantly updated the record high … 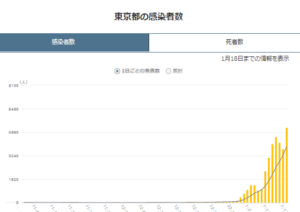 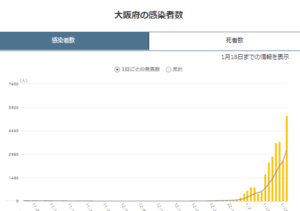 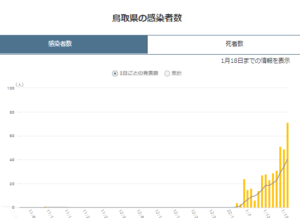 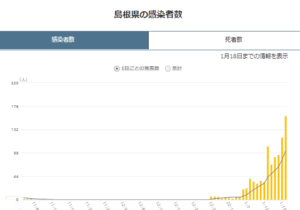 ↑Even Tottori and Shimane, which have the fewest number of infected people in Japan, are in such a terrible situation …!

In any case, there seems to be no doubt that the Japanese government does not have the ability to control infections …

By the way, on the topic of vaccines … Israel is in the process of vaccination for the 4th time instead of the 3rd time,but …

It seems that the team at the Israeli hospital has announced the results of the early stage research on the effect that is worrisome …!

“Although the amount of antibody increased with the fourth vaccination, it may not be effective enough to prevent infection with Omicron variant.”

Although the amount of antibody is increasing, it seems that people who have completed the fourth vaccination have already been infected … 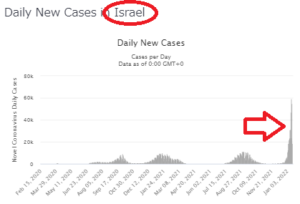 Apparently, the Omicron variant itself seems to be the “virus that has been mutated so that the number of infected people has increased so much that the vaccine does not work” that we were worried about …

It would be nice if it ended as it is, but the worst pattern is to “mutate specifically for lethal ability and aggravation ability” from here …

It’s such a situation, but this person who appeared after a long time says like this …! 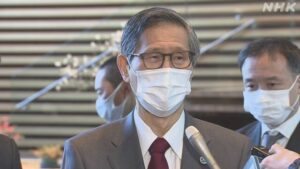 Chairman Omi
“Effective infectious disease control should be taken early in response to the characteristics of Omicron strains.”

The infection has spread so much that it’s too late …
Perhaps among them, the top of the mountain (the peak of infection) is still looking far ahead …!

It seems that the outline of the large-scale vaccination site of the government operated by the Self-Defense Forces has been decided …!

It’s from January 31st in Tokyo and February 7th in Osaka! 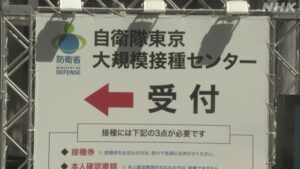 If the cause of this stupid spread of infection at present is “because the vaccine effect is diminishing”, additional vaccination should be really urgently advanced, but as you can see from the infection situation by age, the number of infected people in their twenties is so large that it is strange, and most of them should have been vaccinated less than half a year ago …

(Breakdown of infected people on January 18 in Tokyo)

However, in any case, considering the infection situation, it seems that vaccination must be promoted for the time being, while the fundamental “human behavior” and “infectious disease countermeasures” must be closely monitored and managed.