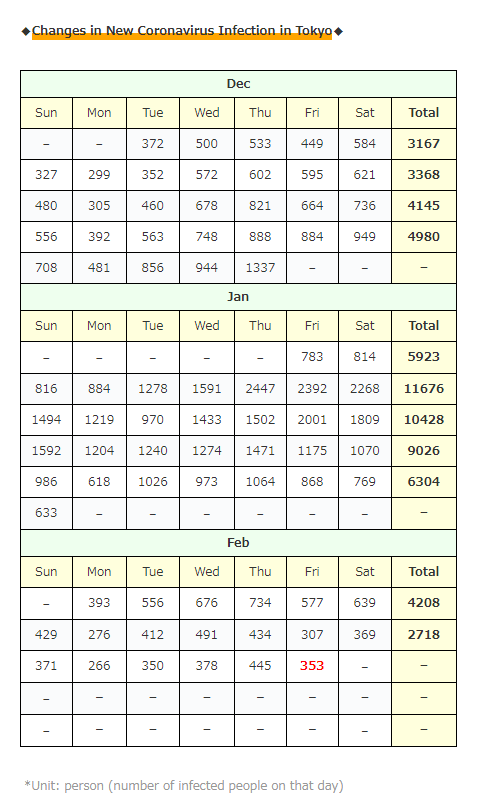 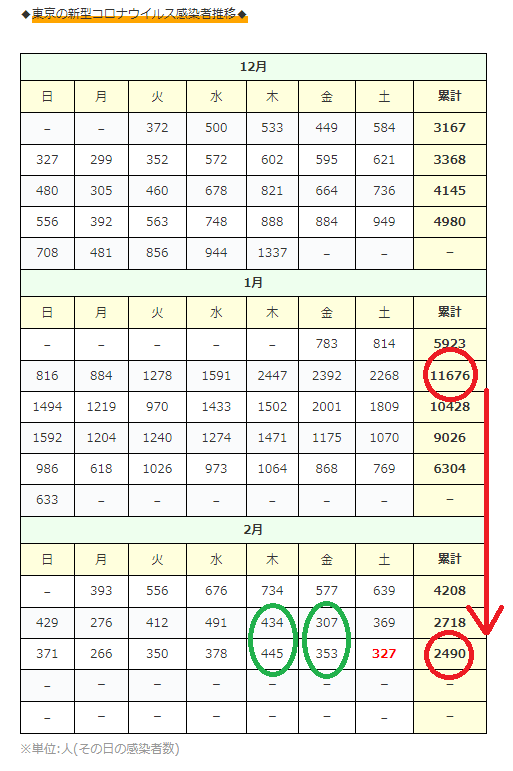 Even if you look at it on a weekly basis, the decrease is slowing down, but I hope it will decrease next week …! 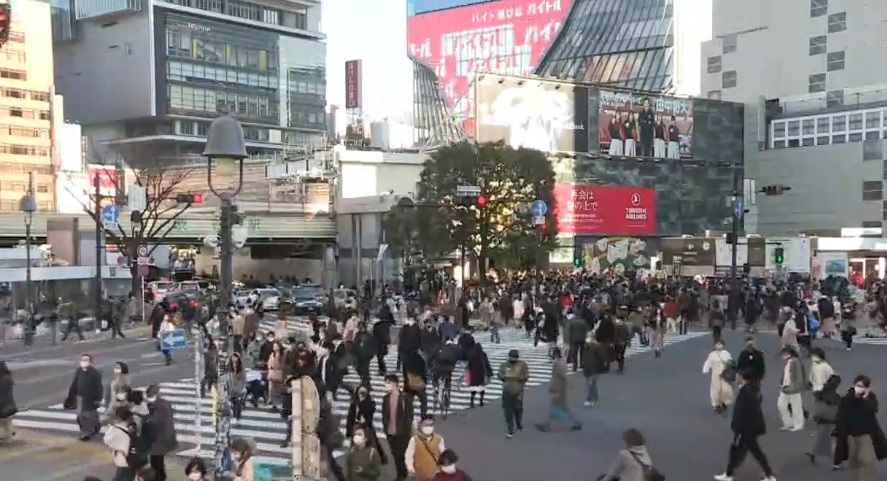 After all it was a tremendous amount of people today …!

・Infection in the facility [42] people

*Today, it seems that one or two people were added to each of the clusters of
[4] medical institutions and
[3] facilities for the elderly.

・ It seems that there were no new clusters today!

*Among the infected people counted today, there are [4] cluster relationships, including the above.. (Other than the above, add 2 or less each) 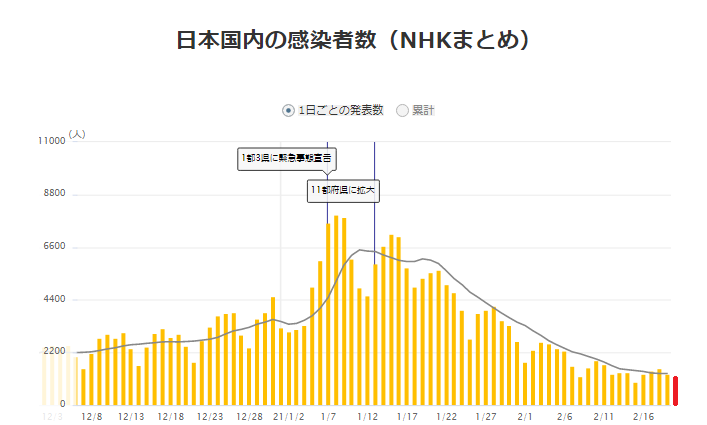 Also Today, let’s start with the topic of domestic vaccination …!

The table below shows the inoculation status up to yesterday! ↓

It increased all at once!

It seems that there was one report of suspected side reaction today.

* According to Professor Tetsuo Nakayama of Kitasato University, who is familiar with vaccines, it is as follows.

“Urticaria is a mild side reaction seen in all vaccinations such as influenza, so don’t worry.”

And as for the future schedule, it seems that the number of people targeted for priority inoculation will increase significantly …!

In addition, clinical trials to confirm the efficacy and safety of vaccination of pregnant women with Pfizer’s vaccine have begun all over the world!

・ Inoculation to pregnant women is OK in Israel

・ Although not recommended in the UK, vaccination is OK after consulting a doctor.

It seems that pregnant women have already been vaccinated like above!

By the way, AstraZeneca’s vaccine is …

Of the vaccine contracts for 60 million people, 40 million people will be produced at domestic factories!
(Factory of “JCR Pharmaceuticals” in Hyogo Prefecture)

By the way, there was also such information! ↓

②When it reaches a certain amount, transfer it to a tank with a height of 3 m called “bioreactor”.

③Warm or stir the solution to complete the vaccine

Currently, Pfizer’s vaccine is scheduled to be imported from Europe every time, and it seems that it is necessary to obtain permission each time when it is exported from Europe to Japan, so it is the best that it can be manufactured domestically like AstraZeneca’s vaccine because it seems to be able to inoculate quickly!

And the topic has changed to the topic of lifting the state of emergency! 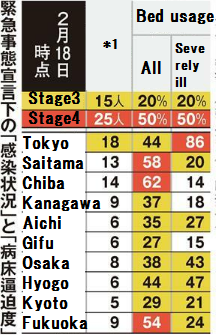 (*1＝Number of infected people per 100,000 people per week)
(Some of the article data has been converted to English.)

Osaka seems to be asking the government to lift the state of emergency by the end of this month!

10 days left until the end of this month … 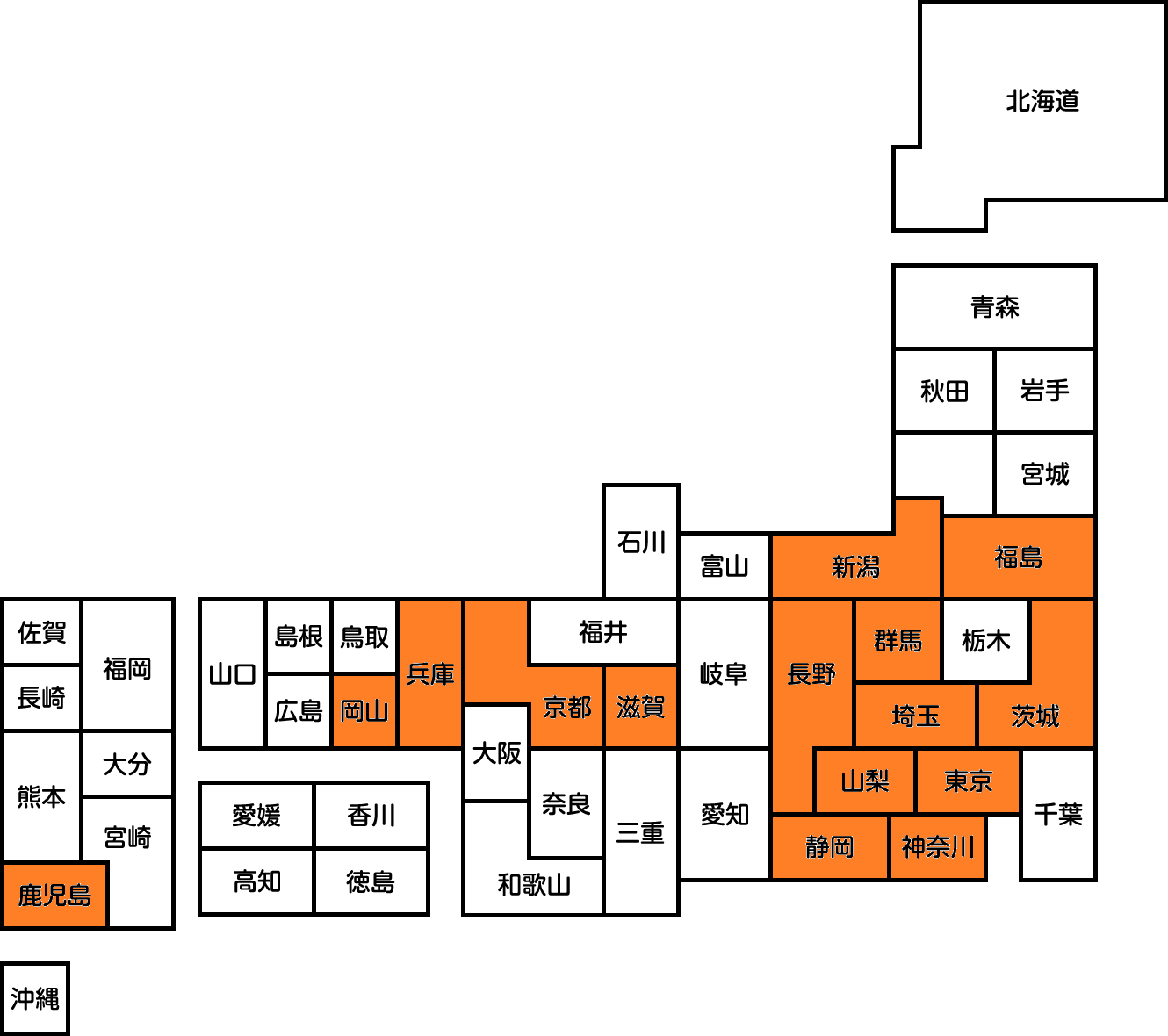 Let’s all be careful about preventive measures so that we will not be infected with the normal new coronavirus or mutants!

The “Go To (Travel) Campaign” business seems to want to give a little more money to the travel industry …!

It seems that the government think that “there is a considerable amount of administrative expenses due to the cancellation of the campaign, so we will cover that with the operating expenses of the business.”

Actually, it seems that an additional 10% of the cancellation fee will be added to support the distribution to the industry called compensation. ..

(The name is “Responding to inquiries from users”, “Transfer fee for cancellation fee”, etc …)

It’s been more than a month since the nationwide campaign was suspended, but no more cancellation fees are incurred.

The only exchange between the travel agency and the accommodation is internal online [reservation / cancellation] information exchange.

Even if it says labor cost, it is covered to some extent by “sustainable benefit”

In the first place, there are few inquiries because of this COVID-19 infection status.

(Currently, domestic travelers (who cannot speak English) are also increasing the number of reservations made via overseas travel sites via Trivago, etc. = non-refundable reservations, but in reality, when unavoidable natural disasters such as typhoons and the new coronavirus (COVID-19) occur, of course, free cancellation is available in case of those.)

However, fixed costs (rent, etc.) are incurred and there are few overseas tourists, so it may be necessary to provide support to prevent the industry from going bankrupt.

And the difficulty is the same in other industries ..

But it was an article that I couldn’t understand …! (dry laugh)

In any case, there is no problem if COVID-19 is over!

Only a little more to resolve!