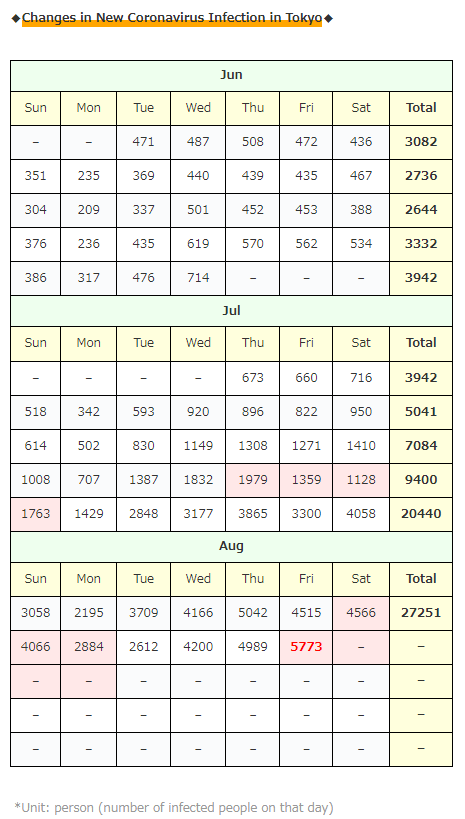 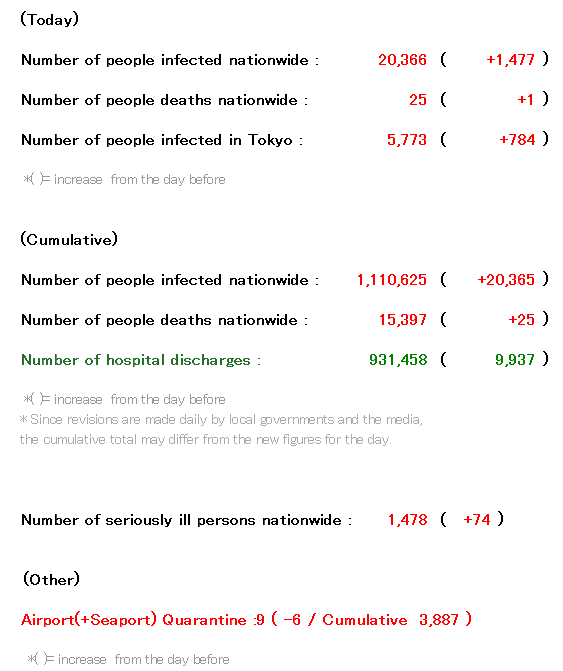 The “most updated” infection in Tokyo does not stop …

I was a little relieved that it did not exceed the week before yesterday (5,000 people), but today it has reached about 6,000 people … 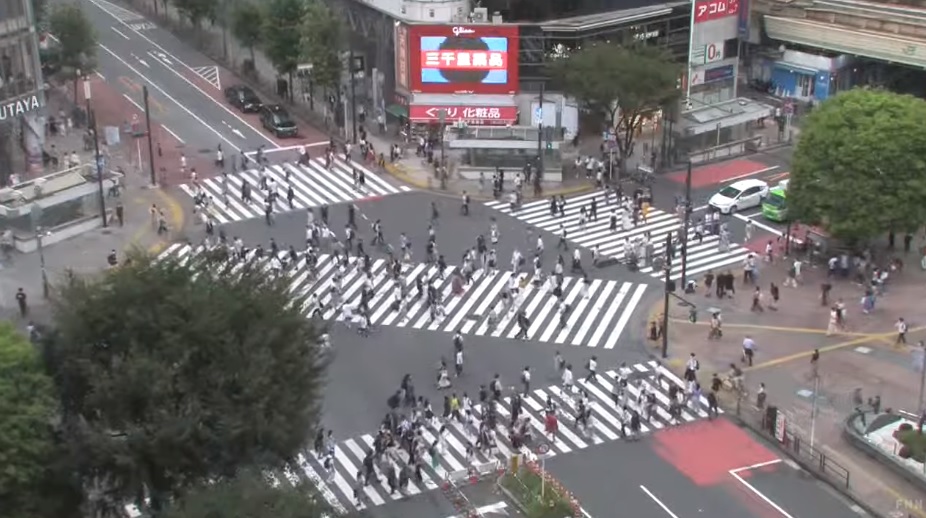 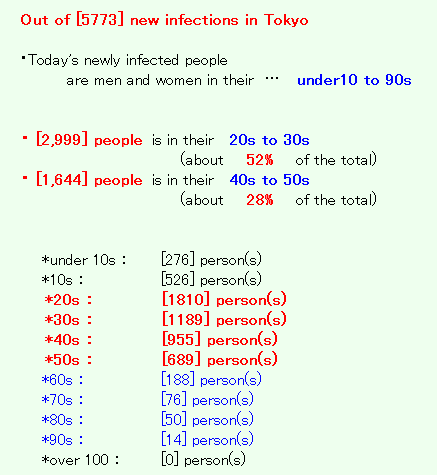 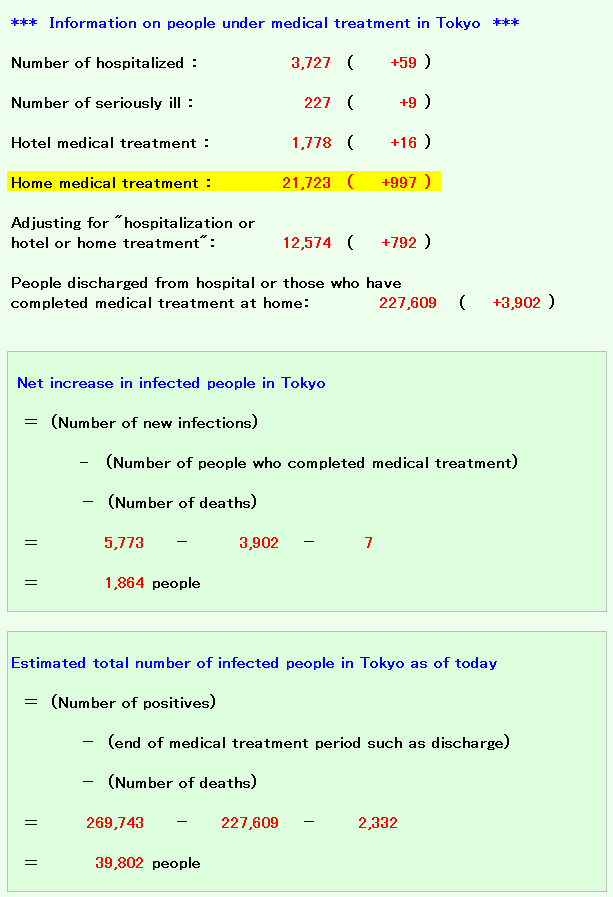 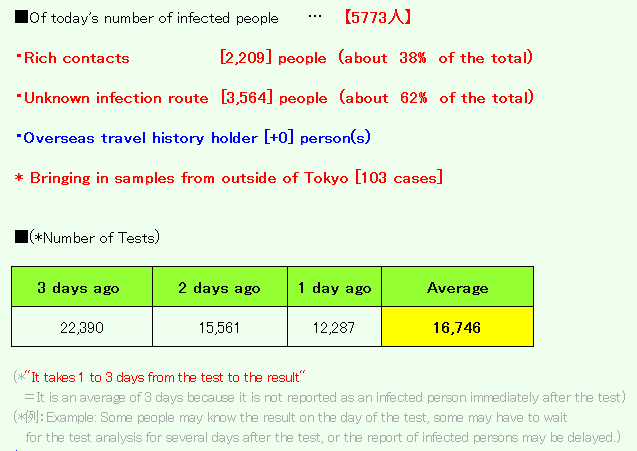 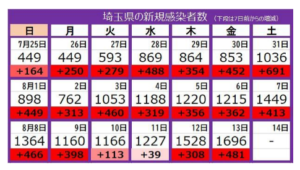 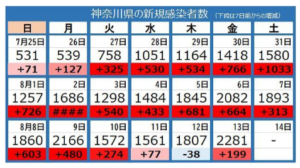 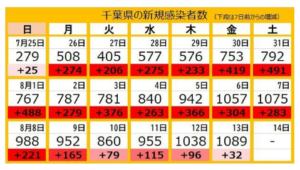 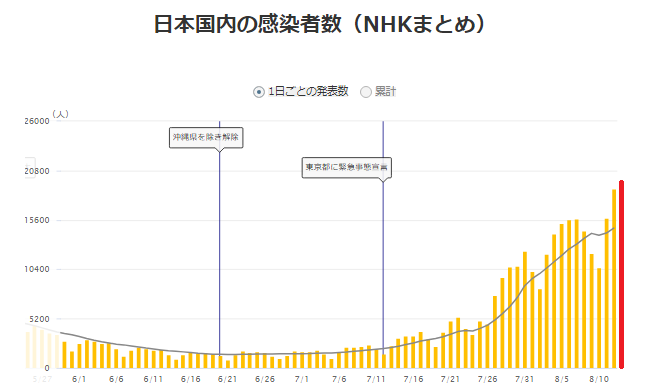 The situation of infection in Japan continues to be terrible every day, but … the government does not take new measures, on the contrary, they are just applying the “state of emergency” and “priority measures such as prevention of spread”, which have not changed since last year, to areas where the number of infected people has increased …

As a result … for example, in Okinawa … 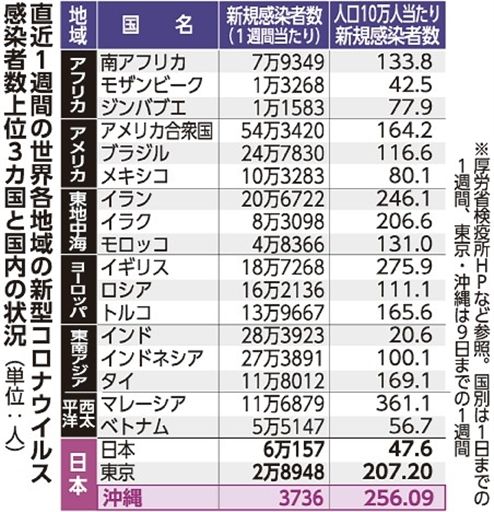 ↑It seems to be the third worst situation in the world after Malaysia and the United Kingdom.

By the way, looking at the table above, it seems that the infection situation in Tokyo is just as bad in the world …

In such a situation, it seems that the government and local governments are still reluctant to increase the number of areas subject to the state of emergency …! 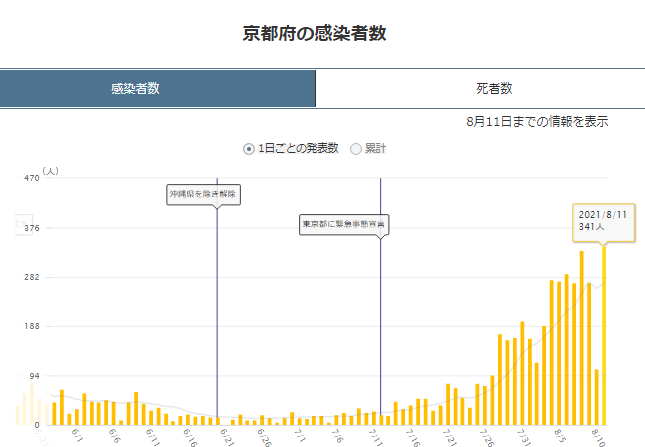 ↑Even in this situation, they are still reluctant~~~ …

And as I briefly told you yesterday, it seems that ridiculous remarks were made in succession at the monitor link conference of the new coronavirus in Tokyo …!

“The spread of infection in Tokyo is already out of control”

“Emergency situations where infections are rampant at the disaster level”

“Even if people want to be hospitalized, 80% cannot be adjusted. It is carried over to the next day or later.”

“It’s just a disaster to die from home recuperation.”

It’s too scary and seriously situation …
However, people walking in the city may not realize such a situation …!

(In response to the result of the meeting, a press conference by Governor Koike)

“Obon will start soon, but I would like to ask you to thoroughly stay at home during the period and postpone the cancellation of travel and homecoming.”

“How to reduce contact between people will lead to infection prevention.”

“I want you to thoroughly reduce the flow of people to 50% just before the start of the state of emergency.”

↑Because the only information dissemination as a result is this “call” …
Moreover, even though it is “out of control”, no new measures are taken…

“The stage where people need to take action to prevent infection by yourself (not government)”
“I want you to thoroughly reduce the flow of people to 50% just before the start of the state of emergency.”

We are in trouble because there are too many people to protect ourselves and the infection has spread too much …!

On the contrary,
“It’s just a disaster to die from home recuperation.”
No no no no… it’s because YOU don’t take any measures.

By the way, what did Professor Omi (the Japanese government’s COVID-19 countermeasures expert) say about this unprecedented spread of infection?

He didn’t say anything in particular …! (Puzzled)

And as a result of such a monitoring meeting in Tokyo, I wondered what Prime Minister Suga was saying …
If I was looking for the content of the interview …

He didn’t have a press conference yesterday …!

Rather, like the article above, there are only articles like “Mr. Suga has been working for 137 days in a row, but is it okay?”

For us, if he has taken the necessary measures and work, even one hour of work a day would be OK, right…!?

This is the last article of today …
The infection situation in Tokyo is ridiculously the worst in the world, but…

Still, the number of people in the city of Tokyo hasn’t decreased compared to the previous week …
Daytime  → 2.5%decrease
Nighttime → 4.5%decrease

Even though the number of terrible newly infected people is announced every day, only this is the number of people who refrained from going out after seeing it …? ↓

By the way, the infection situation at the same time last year was … 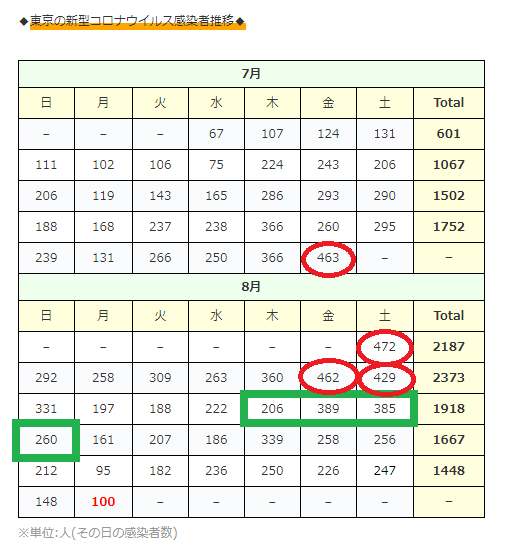 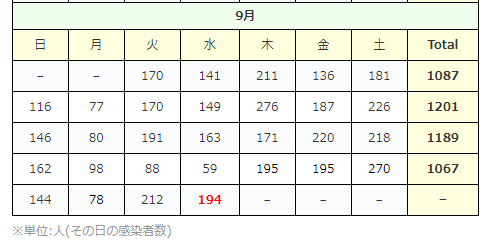 ↑The peak of the second wave had come, and the number of infected people had reached nearly 500 for the first time in Japan …

However, because of the “second spread of infection”, all the people were afraid of the infection, so it had already started to decrease before the Obon holidays.

Last year, it decreased from not “Obon Holidays” but “before Obon Holidays”, what will happen to the infection situation this year after “Obon holiday”?