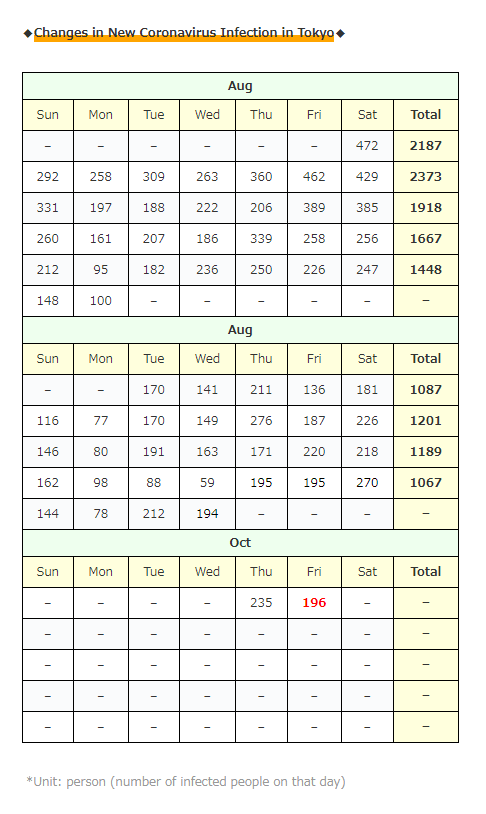 The number of new infections in Tokyo is about the same as it was two weeks ago.

If it’s the same as two weeks ago, it can be said that there was no effect of the four consecutive holidays, so it’s still good …

(If the influence of the four consecutive holidays is not really there, it may be less because it was heading for controlled …)

・Infection in the facility [8] people

*Cumulative 34 people (Many people have died.)

From this news today … 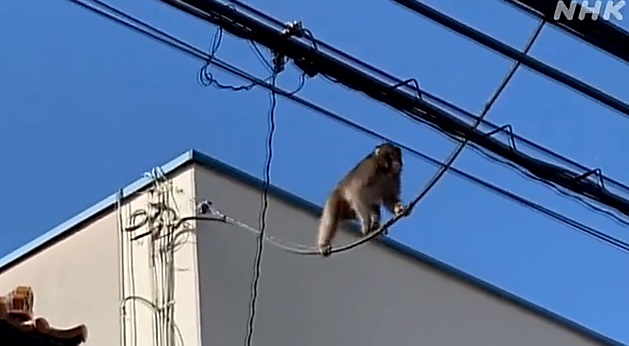 It seems that there were a lot of monkey sightings in the center of Utsunomiya City, Tochigi Prefecture, on the morning of October 2nd today.

It has not been found yet.

Am I the only one who thought so? lol

Because I’m also from rural area!

By the way, today is more than anything else…

It seems that President Trump and Mrs. Melania of the United States tested positive for the new coronavirus (COVID-19).

By the way, if I briefly explain the situation

・He said he was in good physical condition. (Asymptomatic infection)

・The closest aide, Hope Hicks (female), was confirmed to be infected, so they were tested with their rich contacts.

・Basically all schedules are canceled, limited to those that can participate online or by phone 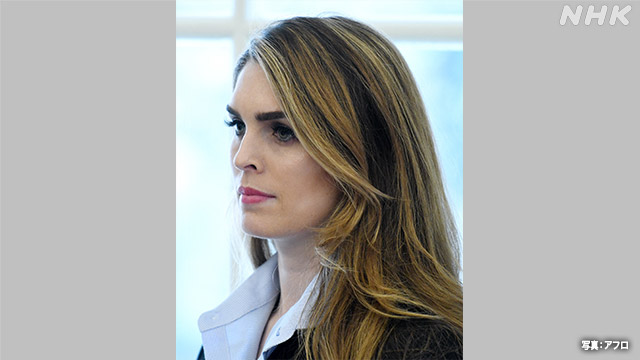 I wonder if it’s okay for the presidential election next month …, and I’m worried about the age of 74 …because COVID-19 is more likely to become severe over 70 years old …

It was shocking news …

And today there was a lot of negative news.

Two stores of the fashion building “Marui” are closed this year, in addition, “Ikebukuro Marui” and “Shizuoka Marui” will be closed by August next year.

The unemployment rate in August is 3.0%, which seems to be even worse.

What’s even more scary is that this is “only those who declare”.

Actually, it seems to be more and more.

And the government is taking measures

It seems that they are considering extending the employment adjustment subsidy from the end of December.

That’s fine, but I’m more worried about the unemployed people than those who are protected by employment …

Either way, I want the government to take solid measures …

Honda will withdraw from F1 in 2021 for various reasons …

Honda will withdraw from F1 in 2021 for various reasons … 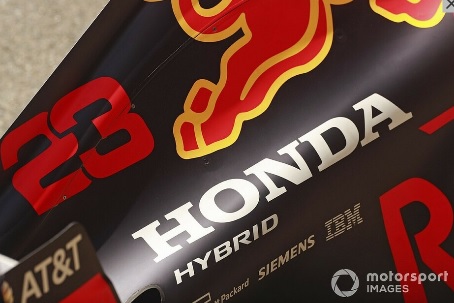 I was rooting for them …

By the way, overseas …

In Spain, it seems that residents will be prohibited from walking in the city from this weekend except for commuting to work or school.

The number of newly infected people in Tokyo is 3000! ?? That’s why they are not allowed to go out …

It seems that the test ability of Tokyo has exceeded 10,000 cases a day!

The last news is here.

An 82-year-old woman who lived alone in Hiroshima died of pneumonia caused by the new coronavirus, and a bereaved man sued a visiting care helper for damages of 44 million yen.

・He had fever and taste / smell disorders on March 31, but improved the next day.

Helpers are for older people, so they have to be even more sensitive to the new coronavirus (COVID-19), but there is also the fact that they are providing care that their families cannot do …

It was such a topic.

For those who are undergoing medical treatment nationwide are

It continues to increase and decrease, but today it has decreased by nearly 100 people!

There are many negative topics today…

I try to avoid such topics as much as possible, but today I have a lot of content to tell you …

Meanwhile, there is one more thing I would like to tell you! 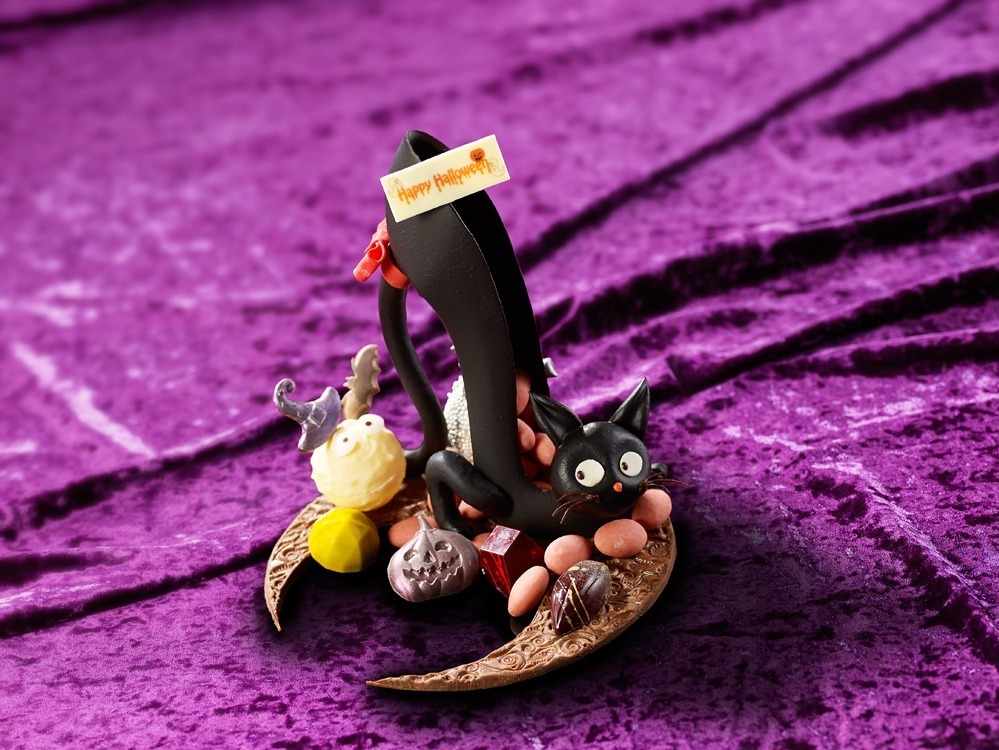 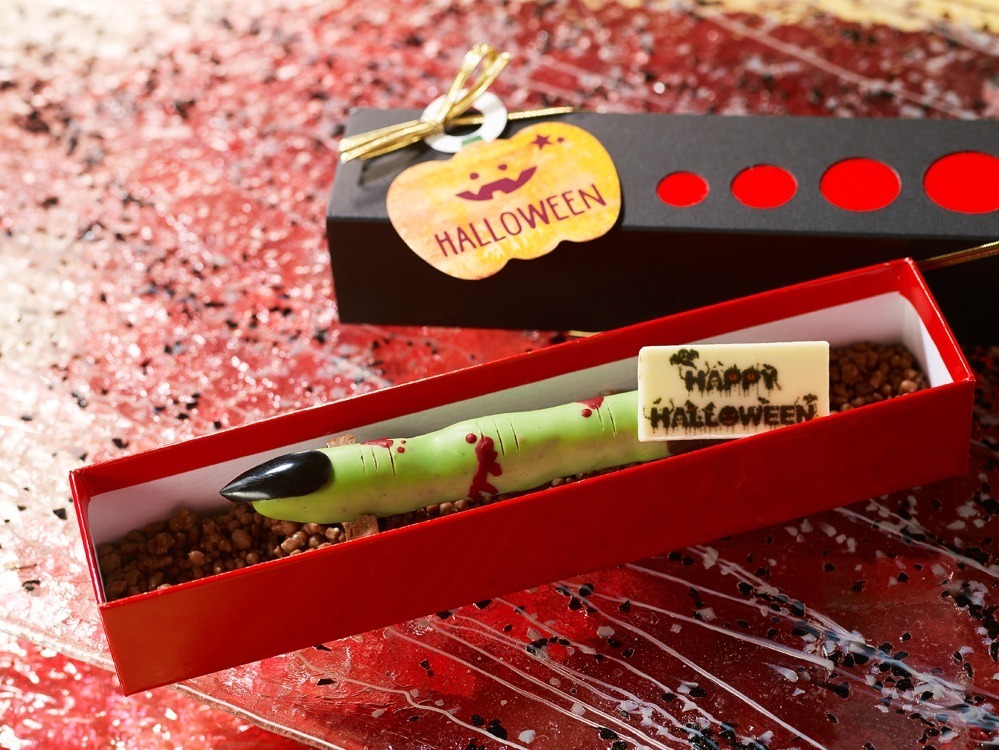 It seems to be limited from October 1st to 31st!