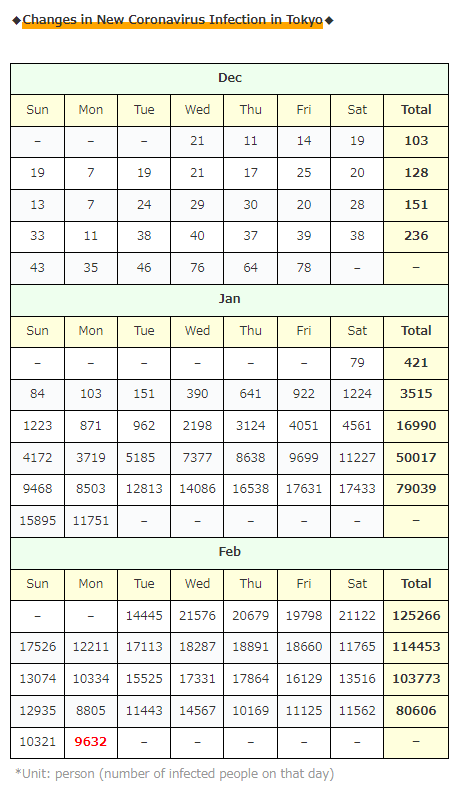 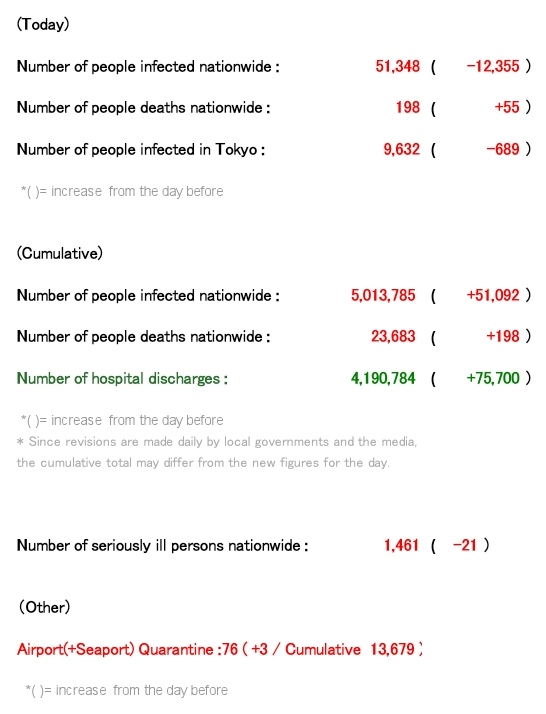 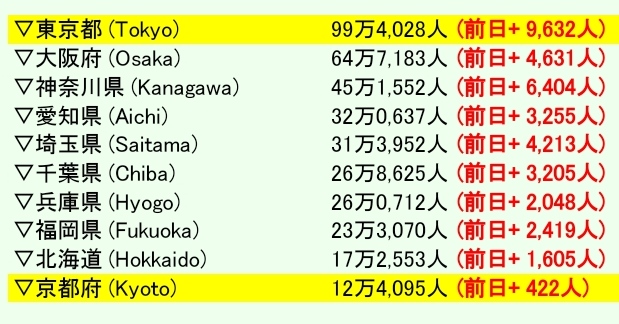 The number of infected people in Tokyo is …
What …? It’s more than the same day of the week last week? ?? ?? 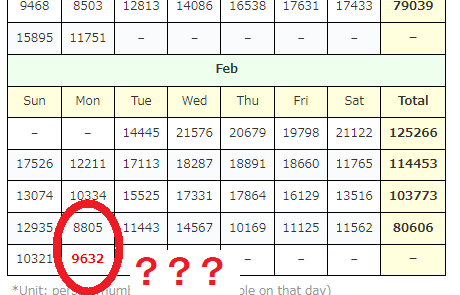 It wasn’t on a downward trend …? 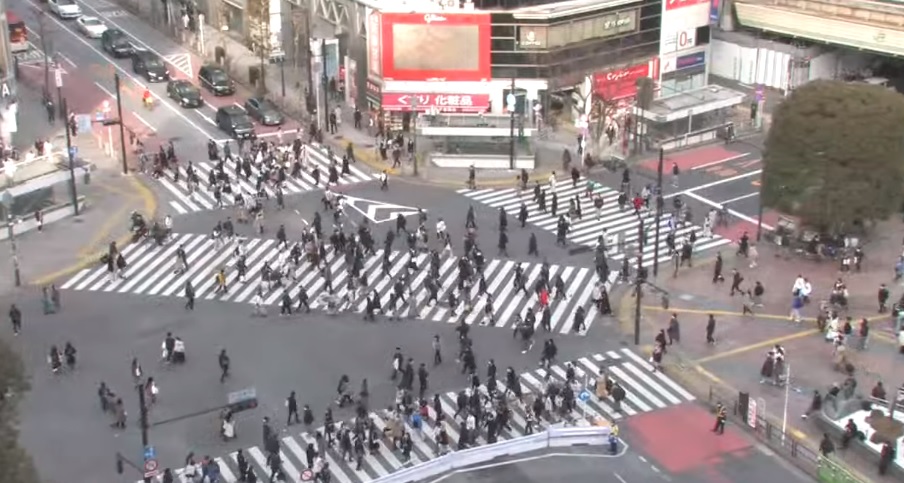 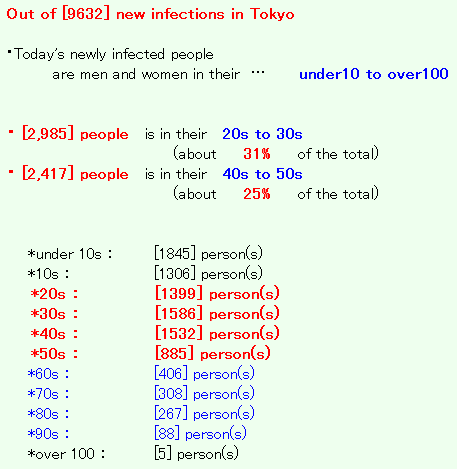 ・ There are [360] patients who are close contacts and have symptoms and are diagnosed with infection without PCRtest at the doctor’s discretion. 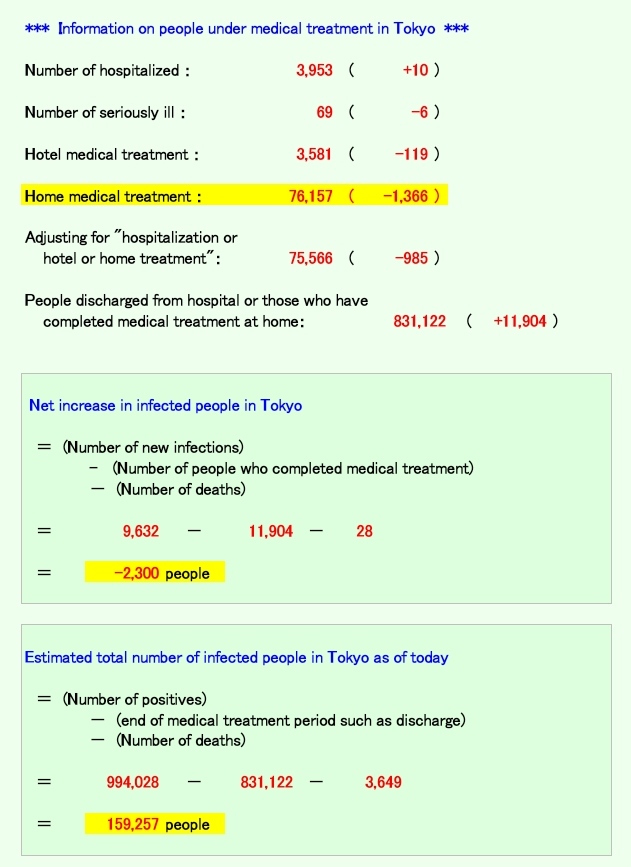 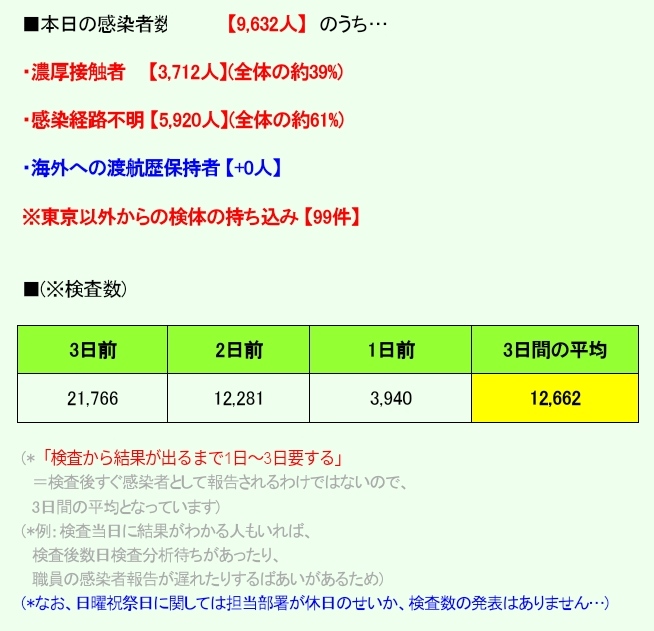 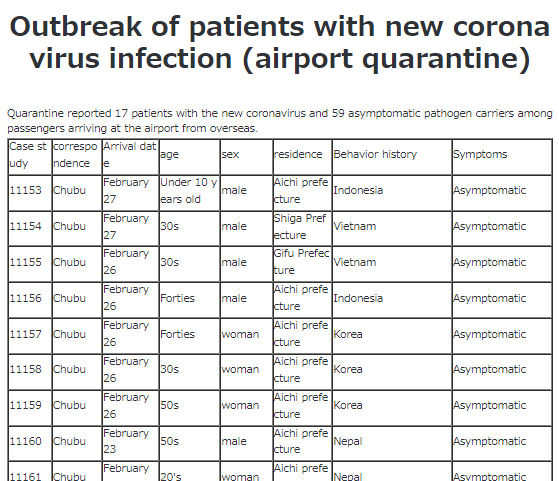 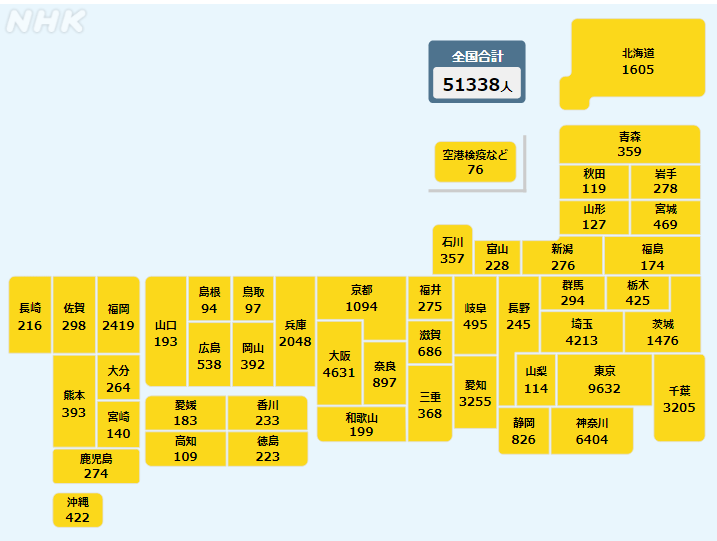 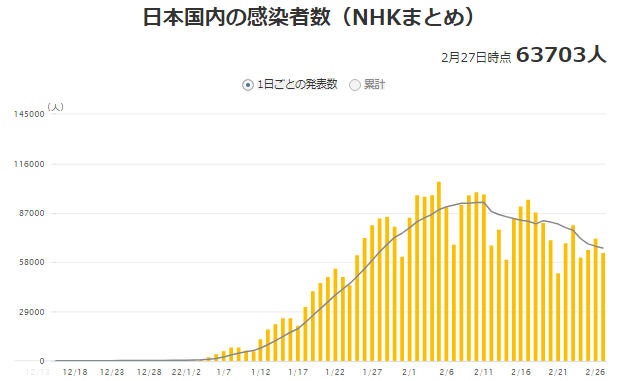 I’ve been researching what I wanted to research today, so I’ll introduce them all together!

…Do you ask “what did you look for?” lol
It’s something that everyone is interested in!

People in the city, TV and news all say, “It’s already the same as influenza!”, but they don’t give out much specific information, so I’ll look it up…!

First of all, the number of new infections and deaths of COVID-19 these days …! ↓ 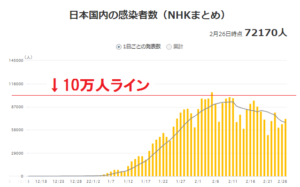 (Number of deaths of COVID-19) 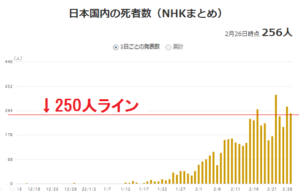 Also, the 6th wave in Japan seems to have started from January 1st, so the number of infected people and deaths by February 26th of this year (after January 1st) is like this! 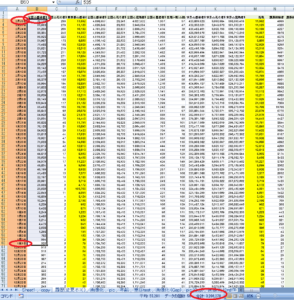 (Although it is a daily summary number, it will be an approximate number because the government sometimes corrects it for several people at a later date.)

…… Before summarizing the flu situation, it already got some really crazy numbers, but …
I’ll continue … (dry laugh)

On the other hand, influenza is …

(Changes in the annual number of people infected with influenza) 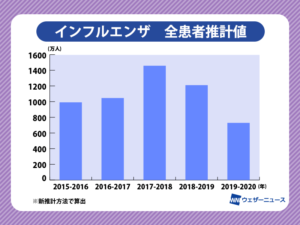 (Changes in the annual number of influenza deaths)

In the last five years, the highest number of people infected with influenza was about 14 million in the 2017 season, and the death toll in that year seems to be 2569.

The number of people infected with influenza was the lowest in the last five years in the 2019 season, which is 7.28 million.
The death toll for the year seems to be 3575.

In short, it means that “there are more people infected with influenza, but the number of people who die is considerably less than that of OVID-19.”

Today I compared COVID-19 with influenza.
There aren’t many articles that summarize this kind of thing, right? 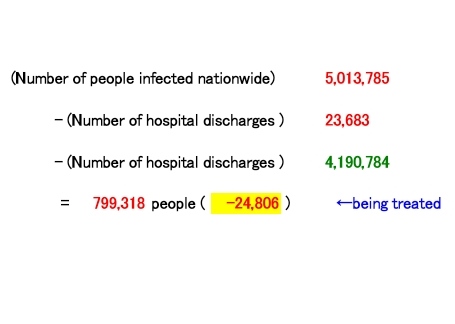 In the United States, policies have been put out to eliminate the obligation to wear masks in order from areas where infection has settled down, 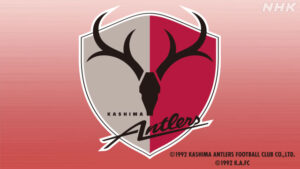 The movement to ignore COVID-19 continues like that, but…

I’m really happy if we can get back to our daily lives, or if foreigners who are interested in Japan come to Japan, it’s really nice , but… we’re still a little worried, right …?

How can we get rid of this anxiety…? 🙁