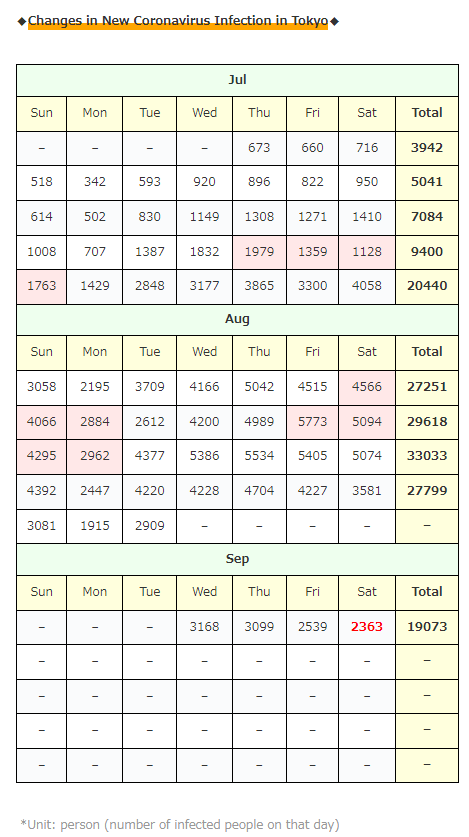 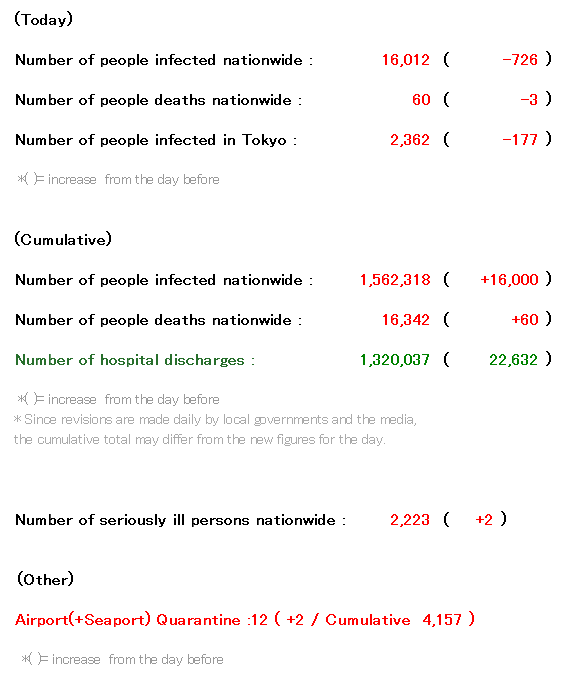 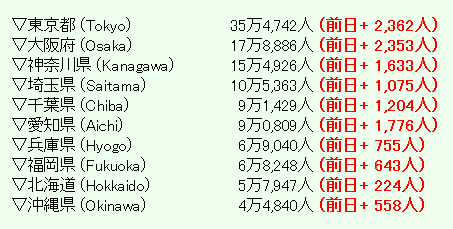 Also Today, the number of infected people in Tokyo is still lower than last week, and it ended up being a week of decline throughout the week!

The possibility of a full-scale decrease is gradually increasing! 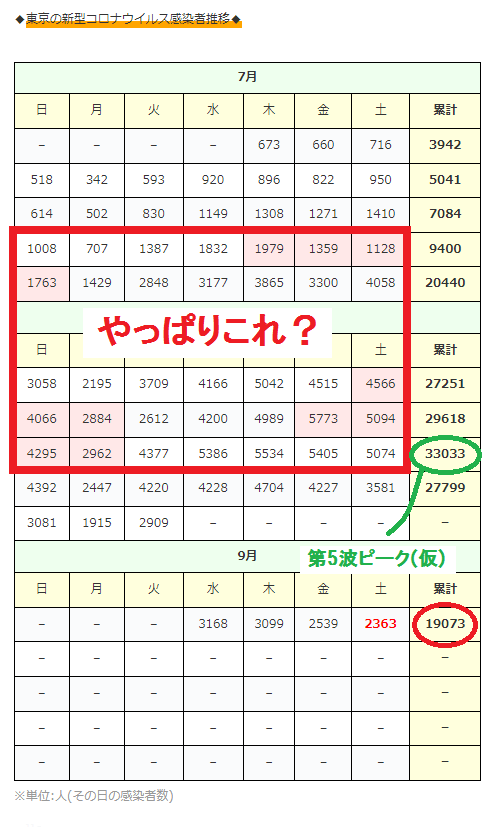 …… After all, is the behavior of the general public, such as “consecutive holidays” or “summer”, the cause of the spread of the infection? 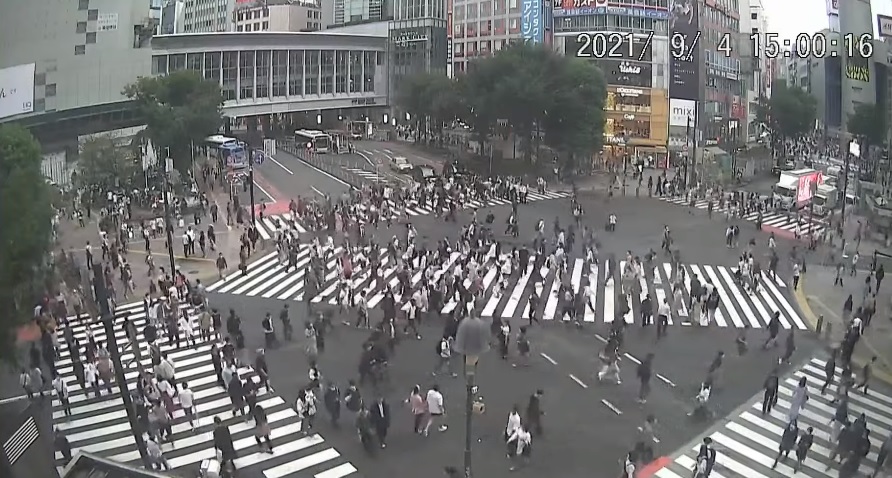 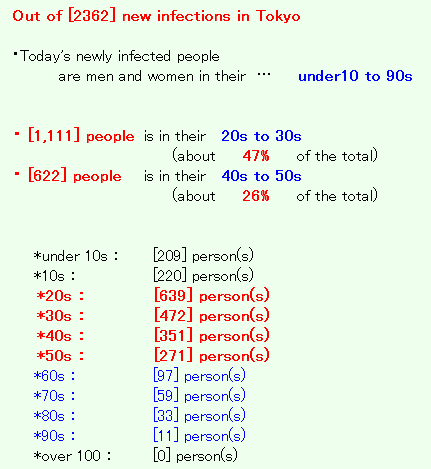 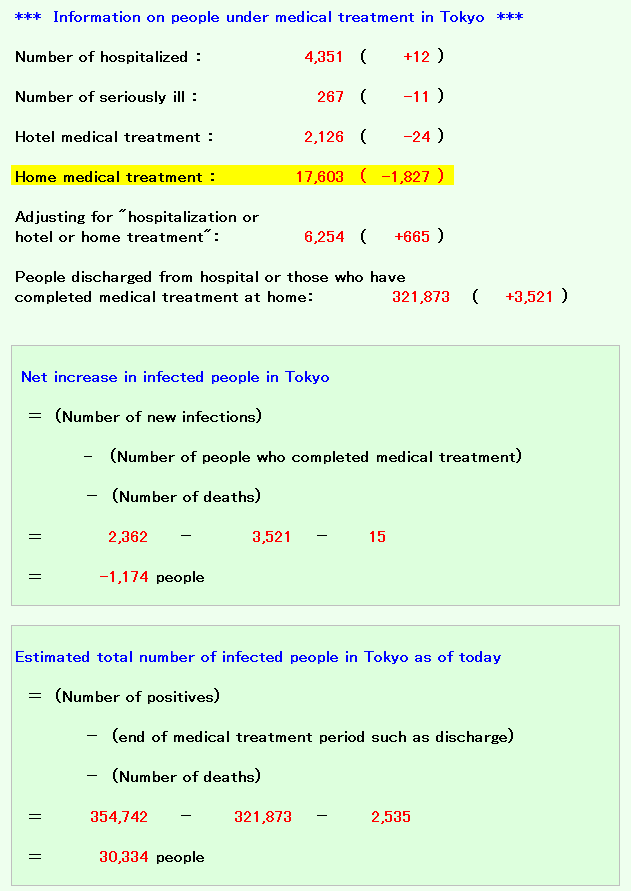 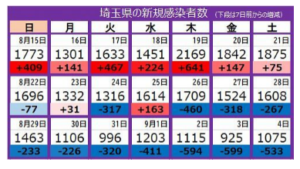 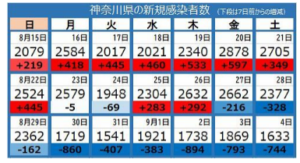 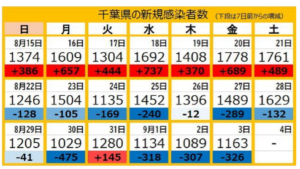 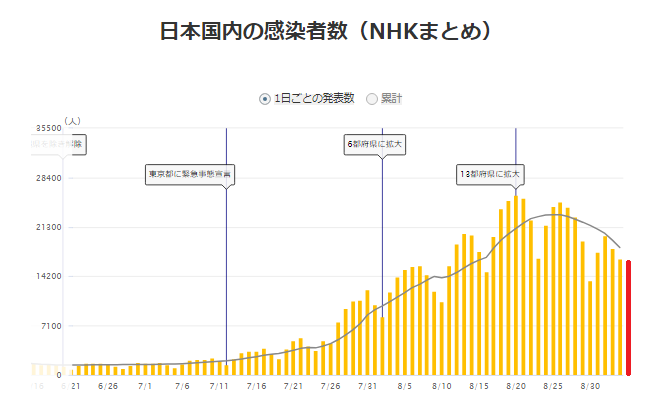 Swiss scholars are developing such a crazy theory that
“COVID-22 will come out next year, a combination of the serious parts and the serious parts of the (COVID-19) mutants” (dry laugh),
(*COVID-22 may be really coming around this time next year … )

First of all, from the topic of COVID-19 that was yesterday and today!

It seems that “Mu stock”, which has been a hot topic recently, seems to be already mainstream in Colombia.
It is said that the third wave of Colombian infection (April-June) was caused by this mu strain …

That means … It seems that it’s already in Japan, where the front door is fully open …

Also, according to the latest domestic infection status report, the positive rate seems to have dropped slightly in the Tokyo metropolitan area …! 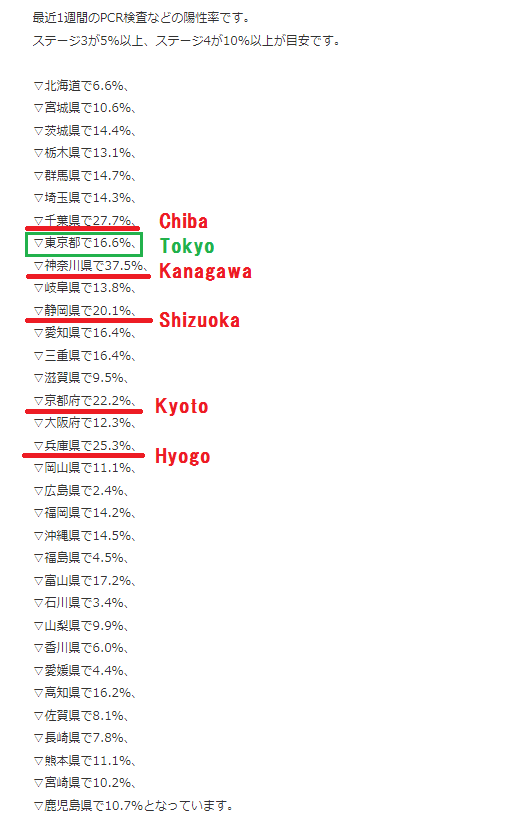 ↑It’s still too expensive, but …

In the first place, it is abnormal when it exceeds 10%, so I would like it to be 5% or less as soon as possible …

And at the large-scale vaccination center in Osaka, Tokyo, priority reservation slots for young people at the Tokyo venue started accepting reservations at 18:00 on September 3, but it seems that the 22,000 reservation slots were filled in just two hours …!

Even young people want to get vaccinated!
(*There is a lot of news that young people are negative about vaccination, so … dry laugh) 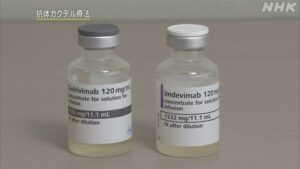 This may be the solution for mildly ill patients!

Also, Dr. Fouch, the US government’s chief adviser on COVID-19, said, “Three times vaccinations may be the norm to maintain high efficacy in the long run”!

But … six months later, people may say that “We need vaccination once every six months” …
dry laugh

Because flu vaccination is so!
(Influenza is also a member of the same coronavirus)

And today’s main topic is here ↓

This is a recommendation from the government subcommittee on “Daily life when vaccination is successful in Japan”!

In such a case, it seems that there is a possibility that the super-spread of infection can be prevented simply by “wearing a mask” or “avoiding crowding”.

And the new word “vaccine / test package” has come out!

(*It is just one “plan” in the proposal)

What you can do with the “vaccine / test package” (draft)
・Visit at medical institutions and facilities for the elderly
・Movement across prefectures
・Face-to-face class at university
・Expanding the range of activities for club activities
etc.

Even “vaccine / test packages” are difficult to permit or should be considered (draft)
・drinking party
・Employees of large-scale commercial facilities and karaoke stores
・restaurant
etc.

(Other recommendations from the government subcommittee) 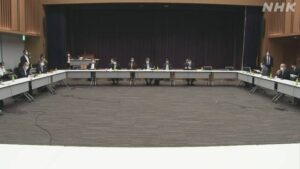 “The consensus of experts is that even with advanced vaccination, it is difficult to relax all restrictions on its own.”

“Vaccination doesn’t mean you can do anything freely.”

“We have to control the infection by detecting signs of spread and using apps. We need to continue basic measures for the time being even after vaccination has progressed.“

“I want you to have a national discussion using the recommendations as a starting point.”

“In Japan, vaccination is not compulsory, only those who wish.”

“There should be a national debate about how much the unvaccinated people should accept the disadvantage of being restricted.”

“We are not asking for zero infections. I would like everyone to discuss whether it is acceptable if there is some infection but it does not affect the medical pressure. “

“Even if all applicants are vaccinated, the state of herd immunity is not possible for the time being. Simulations have shown that measures must be continued even if vaccination progresses.”

↑They say a lot of important things …

I wanted to know the goal of this “COVID-19” …
but they seems to say that “you are the ones who decide the goal!” …

Hmm … I wanted them to have zero infections, or rather the two below, but
①I want to erase COVID-19 from the world
②Or I want to make it as dangerous as influenza
At least it seems impossible until quite a while …

I still have a lot to say (lol), but
I’m tired of putting it together, so that’s all today…

●Vaccination rate that is likely to be reached

(* () Is the difference from the above ideal value)

↑This seems to be pretty tough …

Four music groups have made crazy statements such as “The vendor who held the event without taking proper infection control is NOT a member of our group!”, but about holding the event etc.,
the government subcommittee says, “Please discuss with the people!” …

There are politicians because the people can’t argue, so if the people try to argue with the people, only the selfish person wins …right?