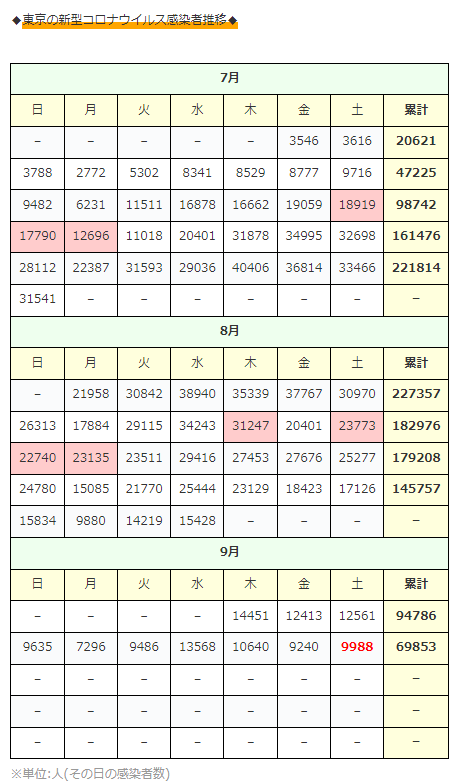 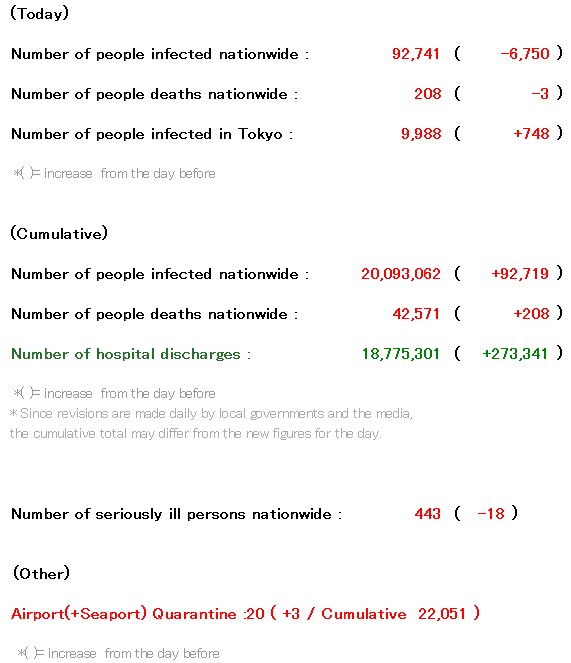 The number of infected people in Tokyo is…
Hmmm… Today is barely over 10,000 people, too…

I’d like to see it continue to decline steadily, but… 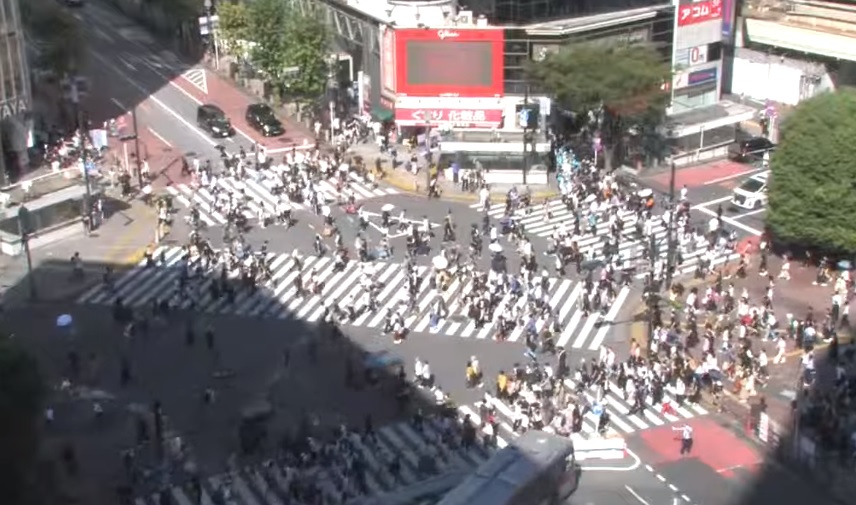 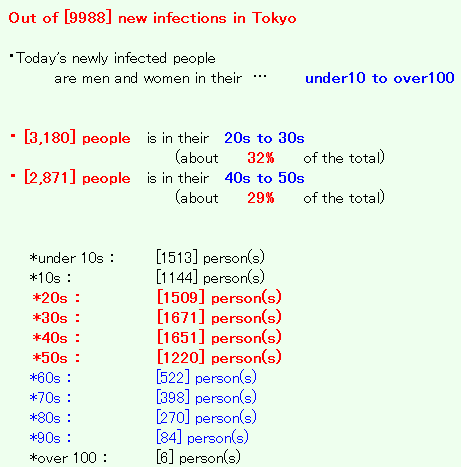 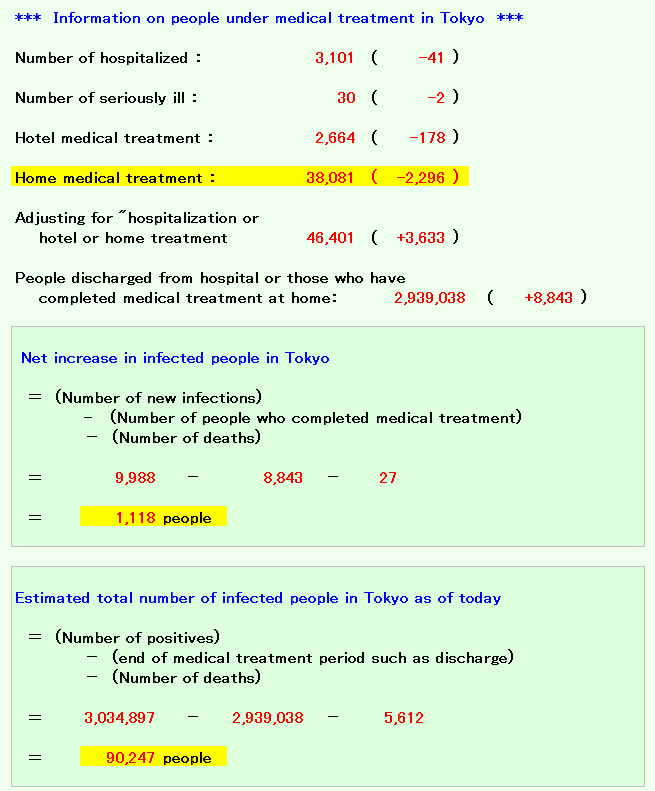 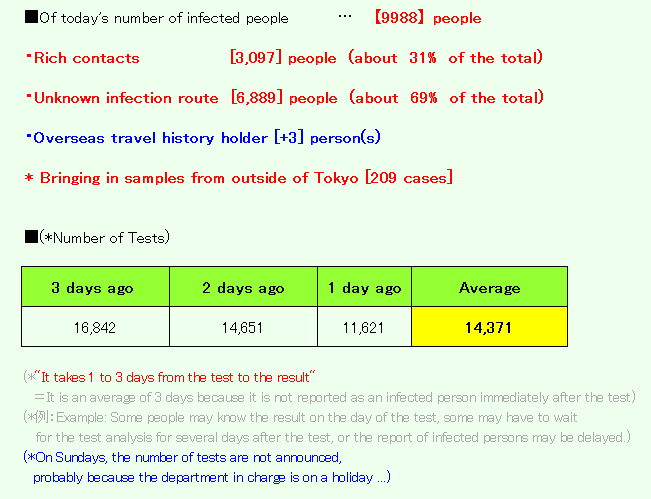 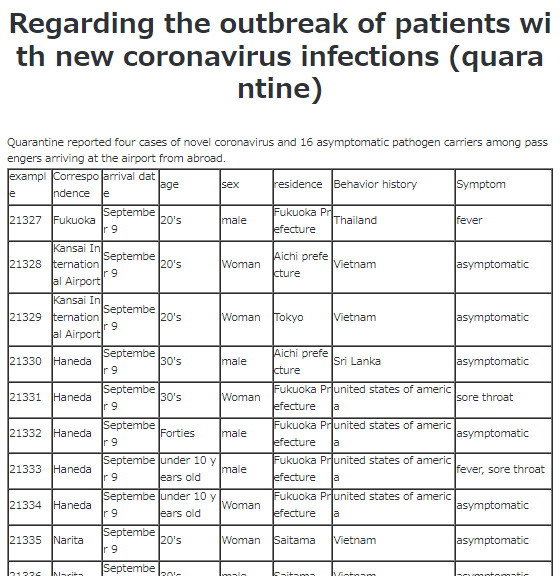 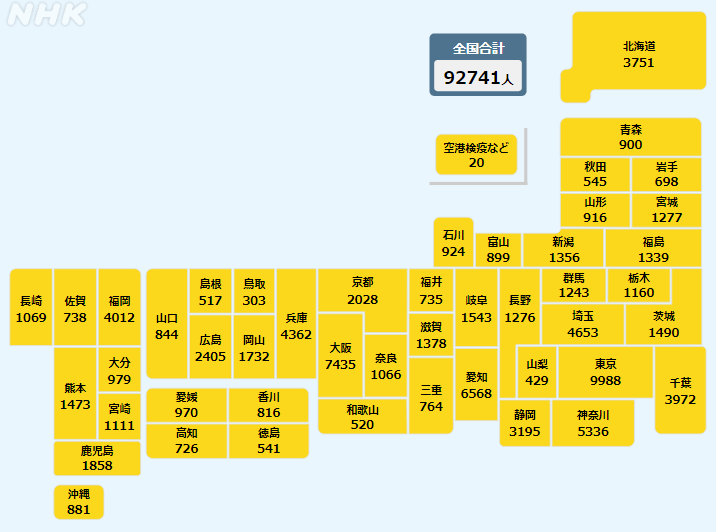 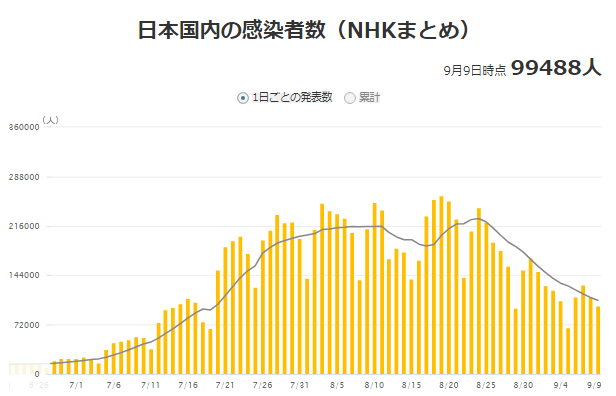 This week, there were only two days when the number of new infections in Tokyo exceeded 10,000! 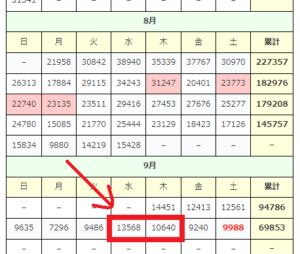 It feels like the total for the week has decreased by 1/3 from the previous week for the second week in a row…! 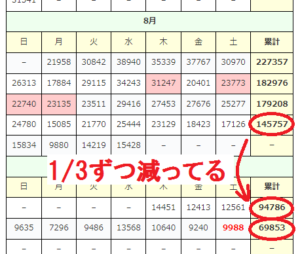 However, there are some worry…

Even now, lthough the number of serious cases is lower than in the sixth wave, the death toll remains at its worst pace ever… 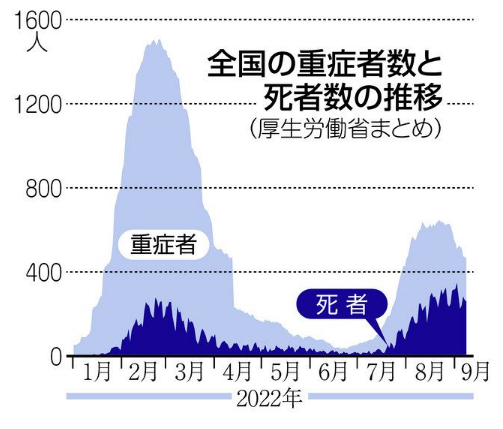 The number of deaths continues to hit a new record high each time a wave comes, but the Japanese government is saying,
“The percentage of deaths is decreasing compared to the number of new infections, so it’s no problem.”

After all, even if the number of deaths hits a new record high every waves, instead of taking measures, they are easing it all the time… 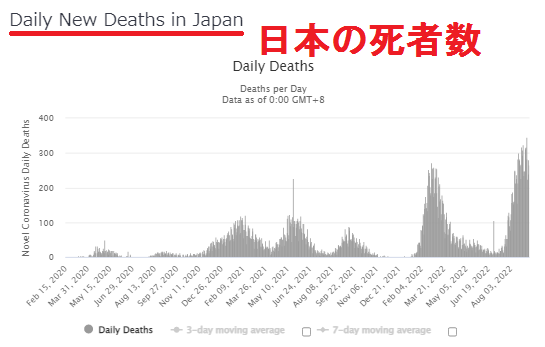 People’s lives are neglected by the government.

By the way, in Yahoo! News, there was an article saying that
Omicron variant BA.2.3.7 is prone to encephalopathy in children, but…

the comment section of that article was pretty terrible…(dry laugh)

“Some doctors fake it, and some exaggerate.”

I was surprised to see so many outrageous comments like “Don’t say nonsense!”… (bitter smile)

In fact, looking at the changes in the number of seriously ill people in Tokyo, it is noticeable that children under the age of 10 have continued to become seriously ill, which was not the case during the last two or three waves. 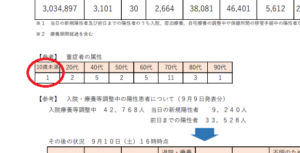 Regarding severely ill patients, it is quite worrisome that the age group has dropped significantly in the 7th wave…