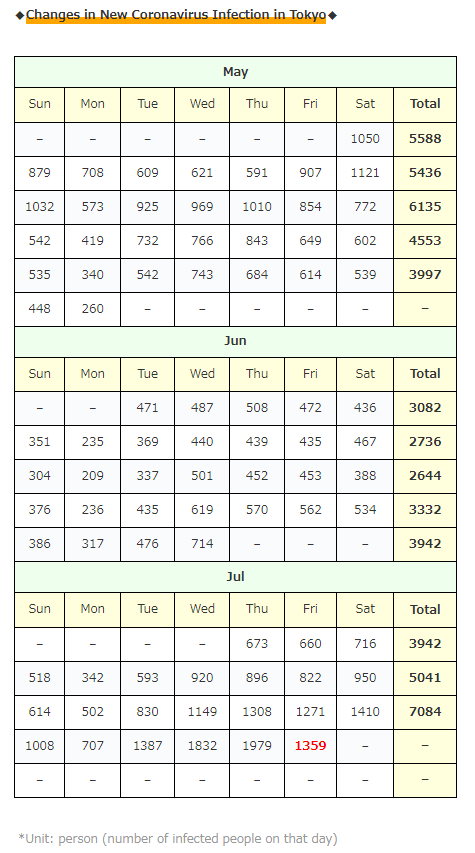 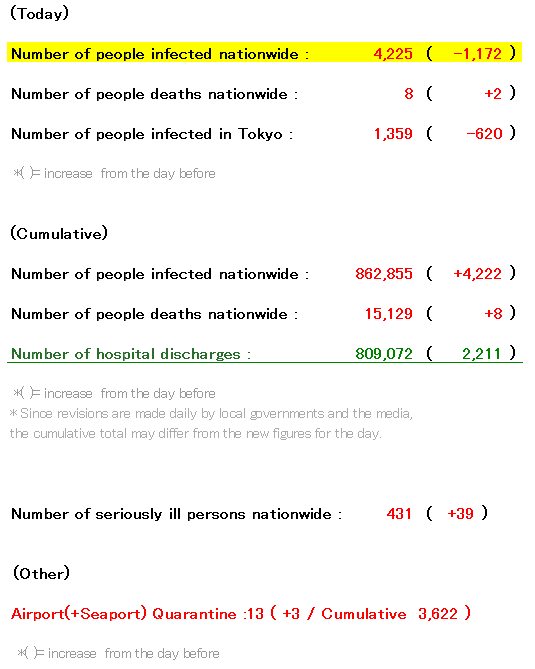 I think it’s because the number of tests has decreased due to the consecutive holidays, but it’s too scary to think that “even if it decreases, 1300 people” … 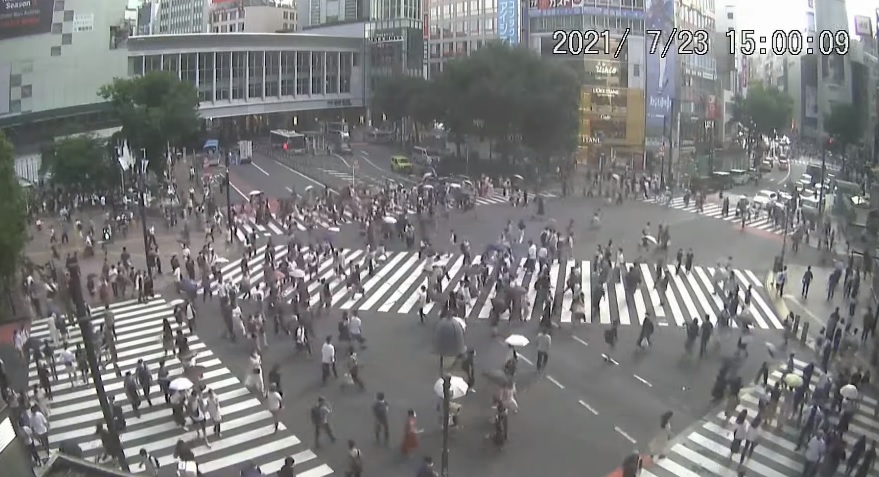 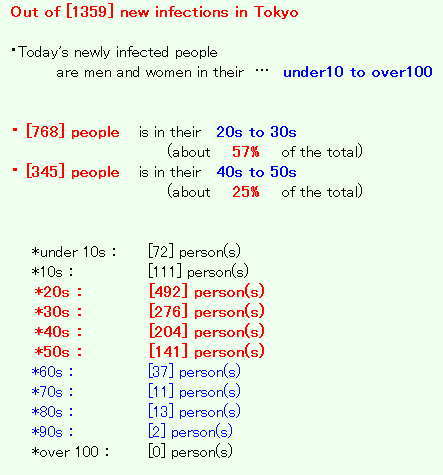 ・ The person in charge in Tokyo also said, “The number of infected people today is less than yesterday because of the number of tests.” 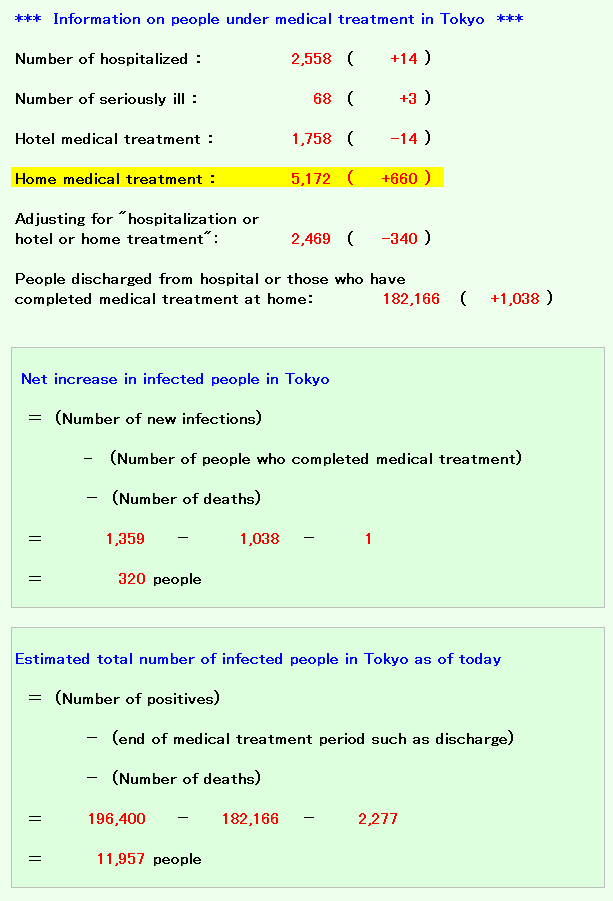 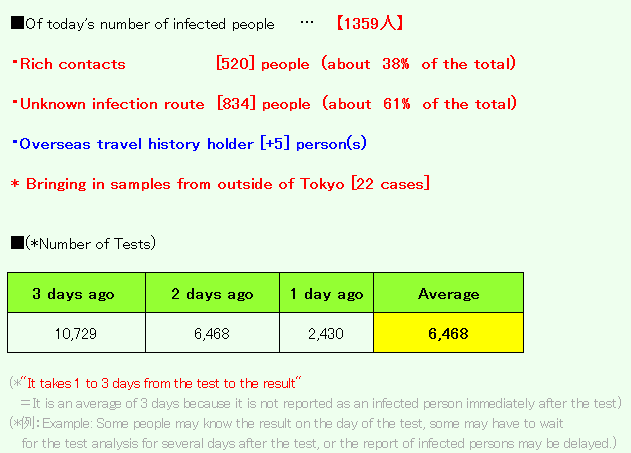 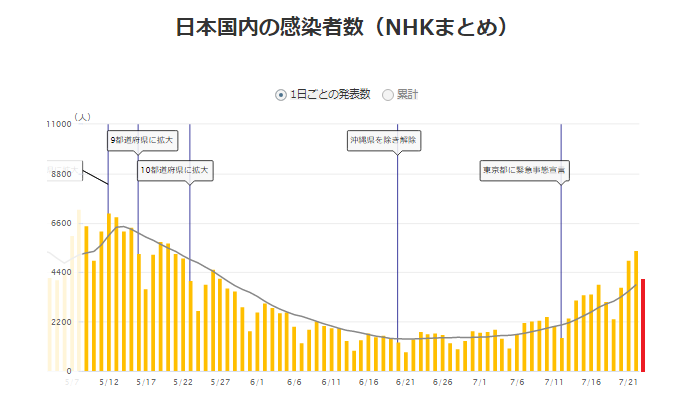 And also the prefectures near Tokyo are getting pretty crazy …! 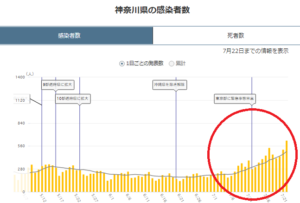 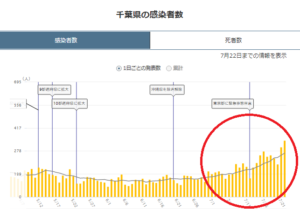 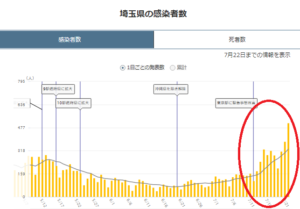 By the way, even Tottori, the prefecture with the fewest number of infected people, has not yet settled down … ↓ 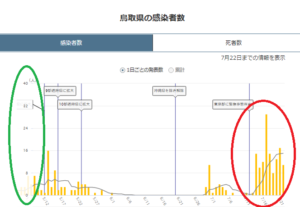 “What will happen to the infection situation after four consecutive holidays …!”
I want to scream. ..

By the way, the state of the city today looks like this … ↓ 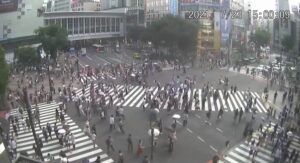 There are a lot of people around the goods shop around the national stadium where the opening ceremony of the Olympics was held …! ↓ 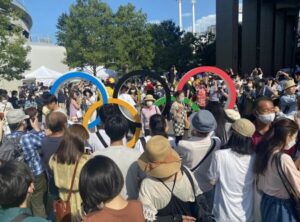 Infectiously … there is no sign of subsidence, but rather a premonition that the infection will “super-explode” rather than “spread” …!

The current domestic infection situation still seems to be “the infection has begun to spread”, but I wonder if Prime Minister Suga went crazy because of the heat(?),

in response of an interview with NBC TV in the United States, he said that “it is really valuable to overcome the COVID-19 and hold it” …

You can’t overcome it …
The transcendental infection is spreading now …
What’s wrong with Mr. Suga …

Can you see it in the flower field …?

In such a domestic situation, we can only rely on “vaccines” , but …
At a large-scale inoculation site in Tokyo … 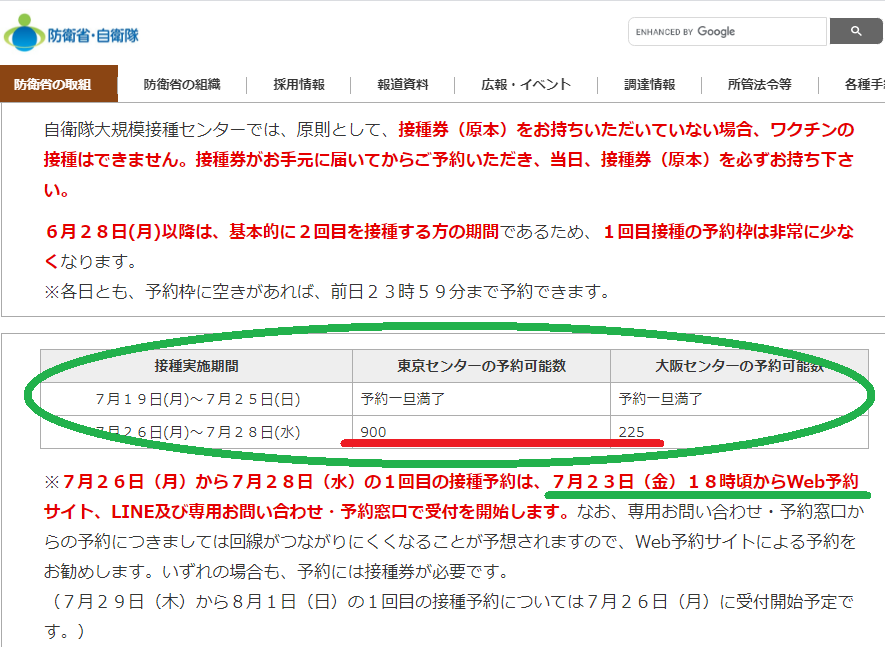 It seemed that the reservation started from 18:00 today, but … ↓ 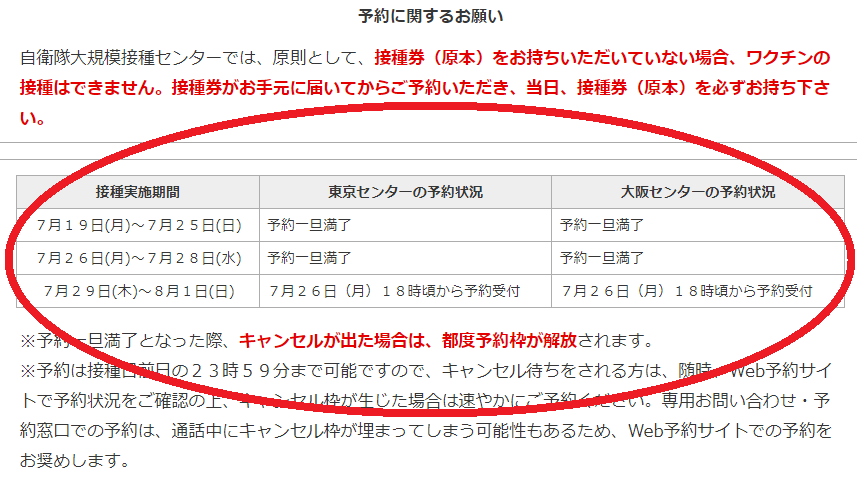 ↑When I looked at it somehow, the reservation was full in less than an hour … (Is it a moment?)

Even in the Olympics, the Czech team has spread the infection on airplanes and 19 people have been confirmed to be infected.

(* It seems that athletes from multiple competitions have been infected)

The spread of infection has not stopped worldwide anymore …

Because of the Olympics, people aren’t paying attention to the infection, but
(people in the city) no one wants to stop their behaviors,
(government / administration) no one is going to stop the infection,
now that’s the situation in Japan,

Let’s do something about it …

I always think so and put together articles related to COVID-19, but it doesn’t go well. .. .. Cry

I have something to do today and I’m staring at the outside while riding the train …
(What …? Migratory birds in this season …? Birds are flying in groups of 5 or 6 …)
(Whaaat …? Very aligned and flying …?)
(Hmm? It looks like an airplane …? Is it the Self-Defense Force?)

I thought that way, but…
I found out the reason! 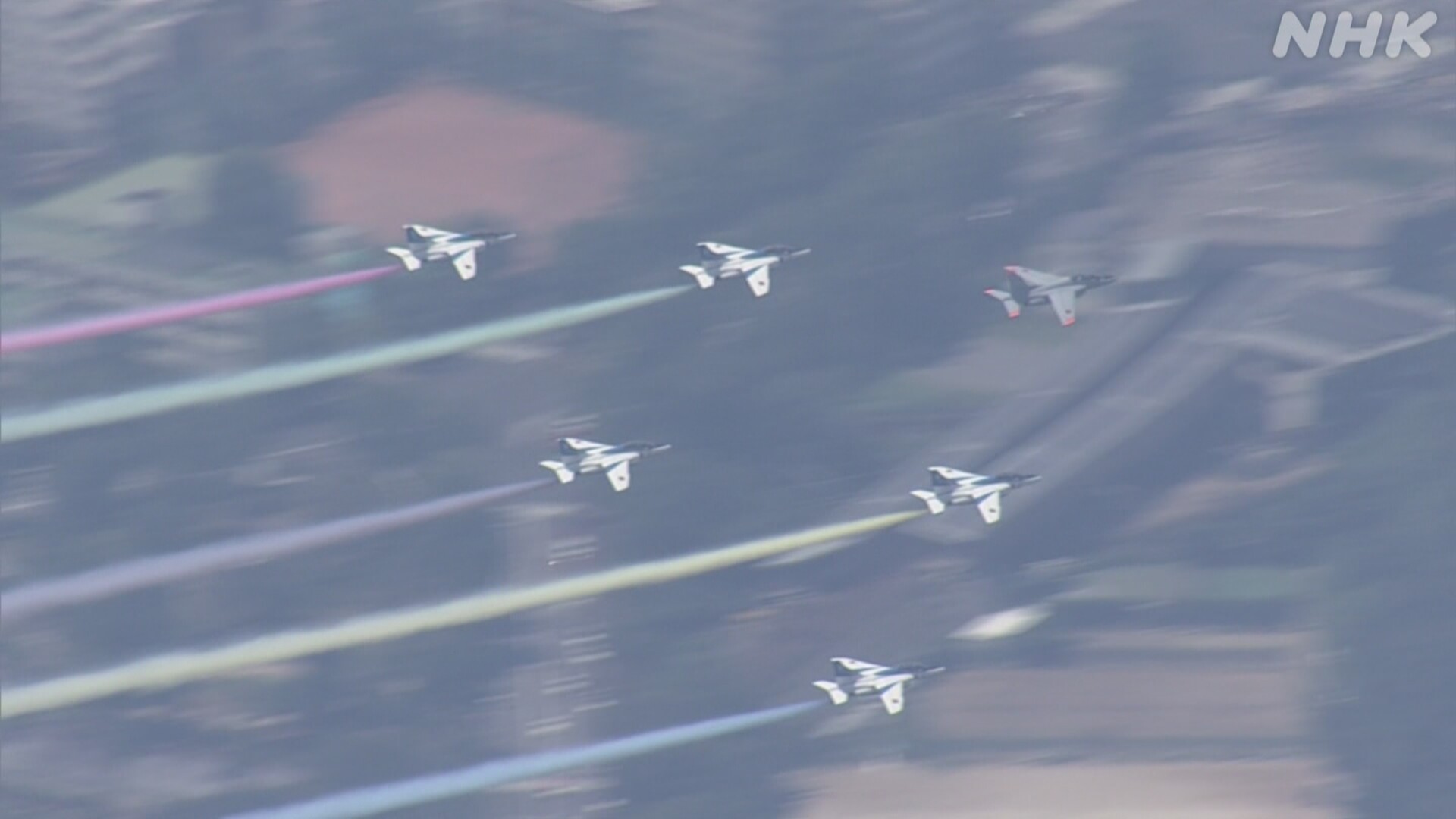 It was super far, but I saw it for the first time!
Super moving! (Eyes shine)