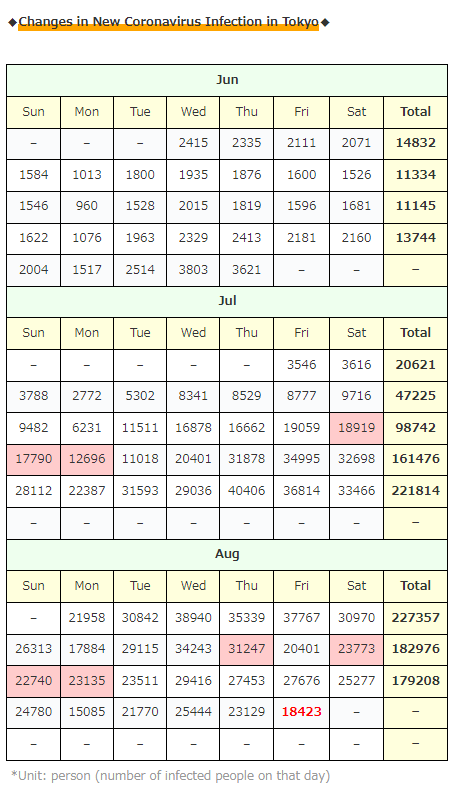 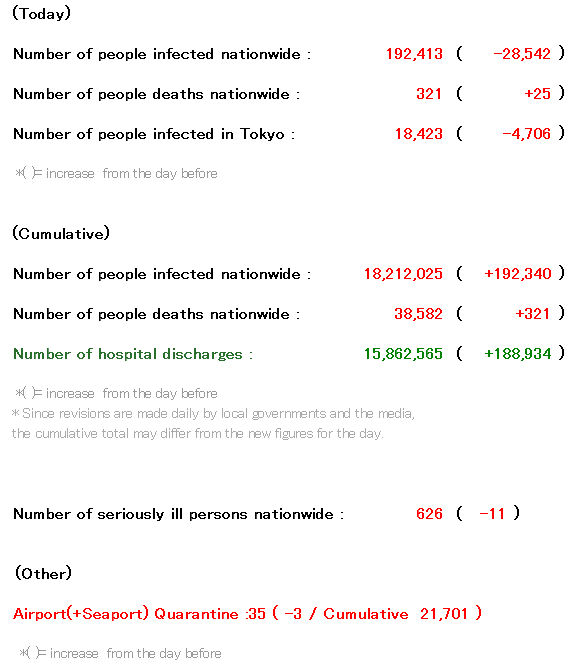 The number of infected people in Tokyo is…
As usual, it has decreased after the Obon holiday.

“As usual”…
Yeah, the past measures were completely meaningless… 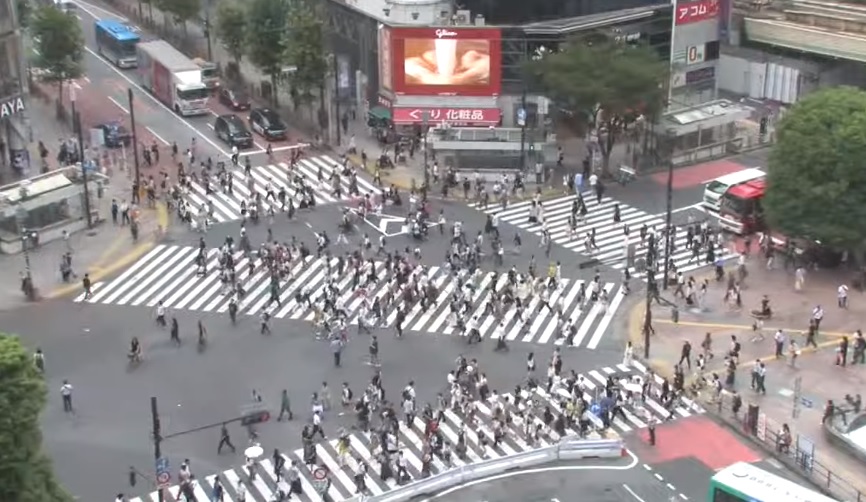 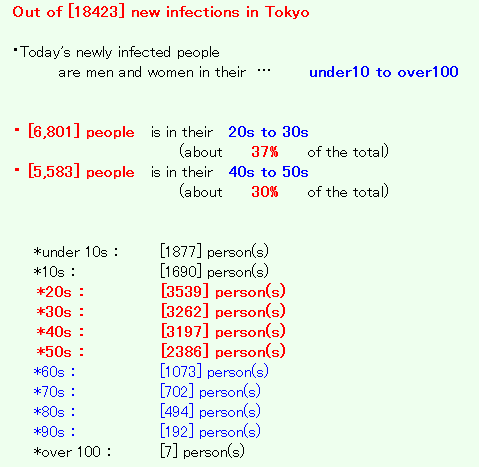 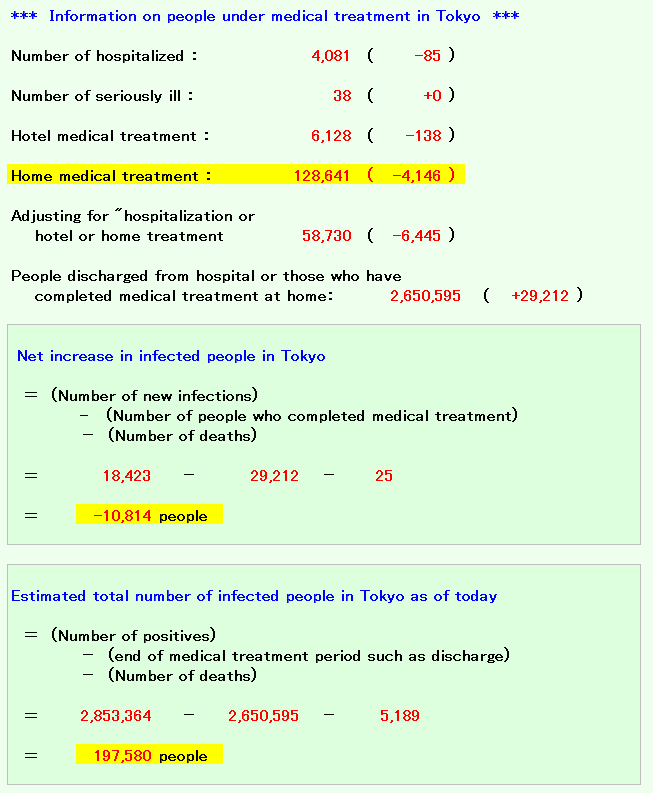 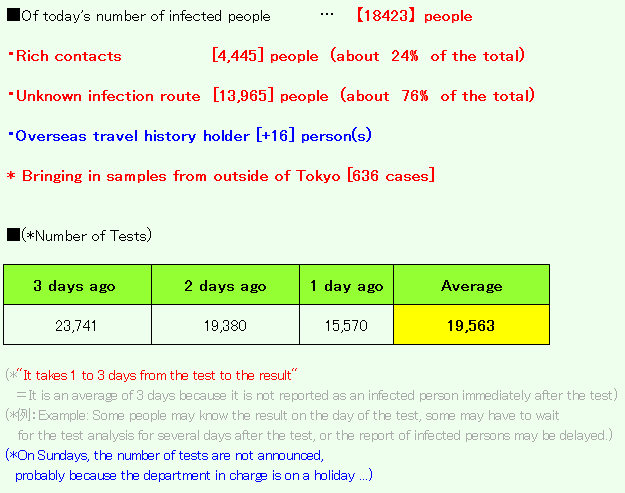 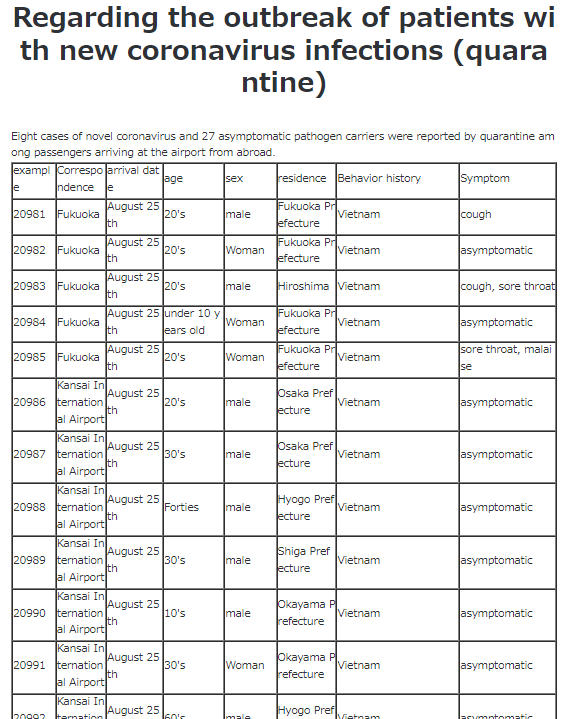 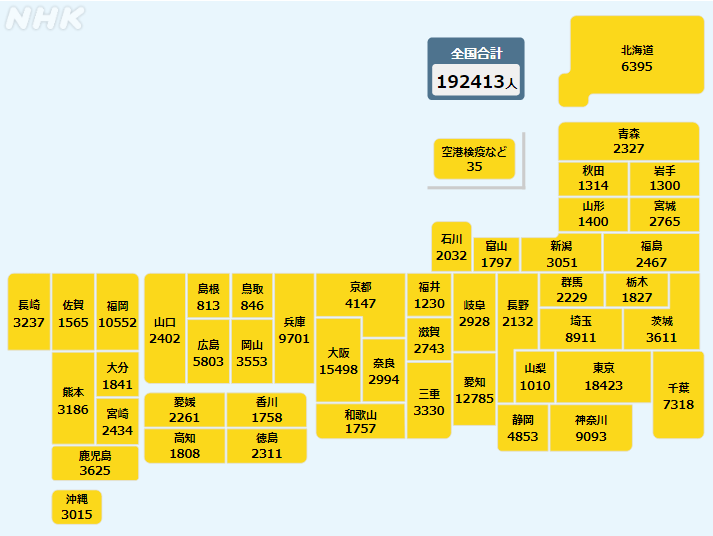 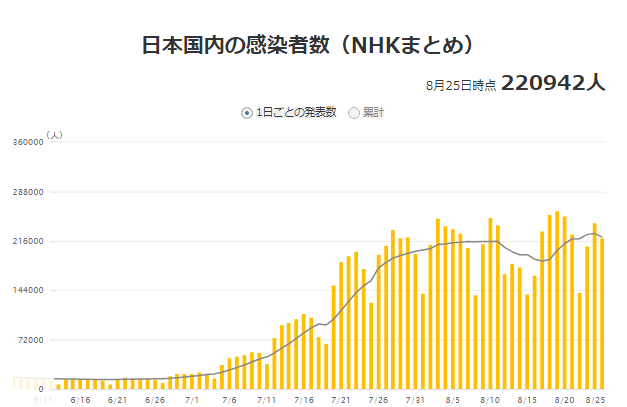 Yesterday, I introduced a graph like this, showing that the number of deaths in Japan is the worst ever.↓

(*Changes in the number of deaths in Japan/2020-present) 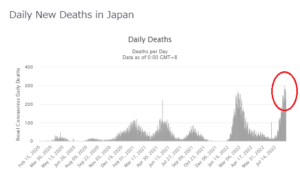 Globally, the number of deaths from COVID-19 this year has surpassed 1 million.

According to the World Health Organization (WHO), about 6.45 million people have died since the new coronavirus was first discovered in China in 2019.

The number of deaths in the world has decreased considerably compared to the peak, probably thanks to vaccines, but ↓ 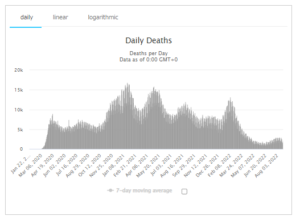 But why is Japan like this in comparison to that?↓

Just looking at this makes me think, “Many Japanese today don’t care about other people’s lives.”

By the way, the infection situation in Japan seems to be “absurdly crazy” even from a global perspective.

It seems that the number of new infections in Japan is the worst in the world for 5 weeks in a row.

…and not only that, but it also has the second worst death toll in the world for the second week in a row…

…However, I think it’s probably hard to imagine how much, so I brought the actual number ↓ 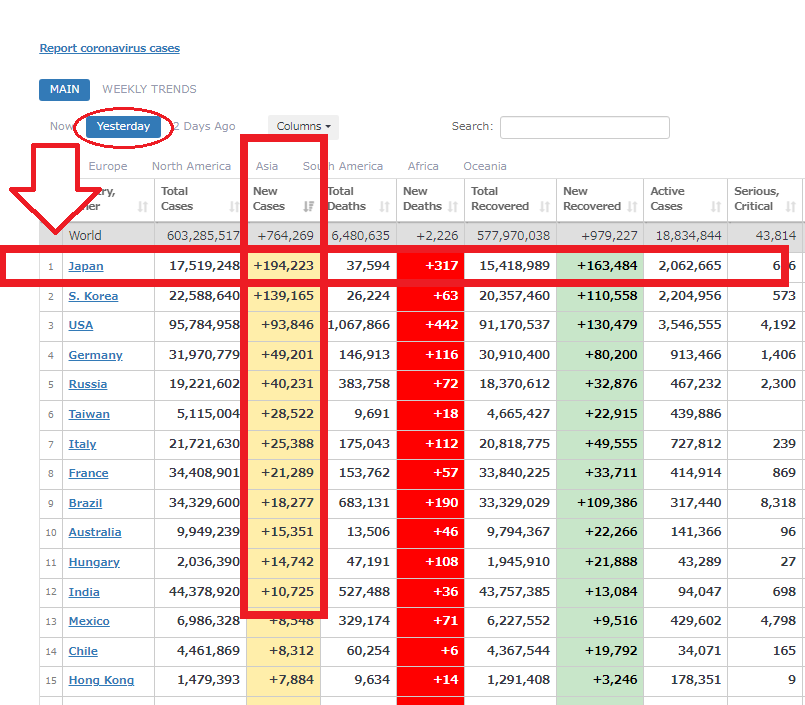 (*Different from Japan’s unique counting method, it is a worldwide common counting method from 0:00 to 24:00, so the reported number of infected people in Japan is slightly different.) 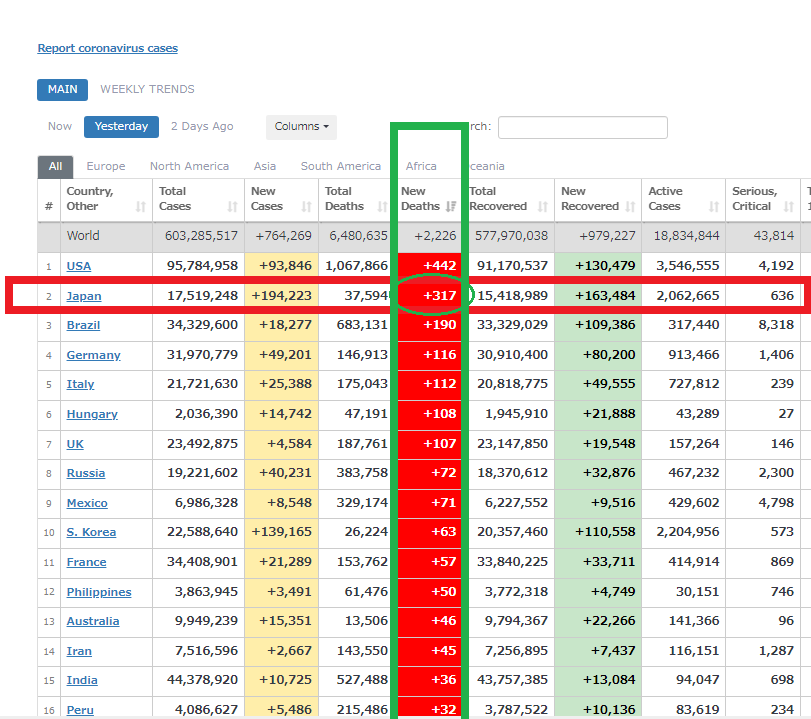 You can see how bad it really is by looking at the actual numbers.

Many Japanese people claim that “other countries don’t do tests anymore, so Japan doesn’t have to do it either!”, but Japan seems to be worse than the worst in terms of the infection situation, which is incomparable to other countries.

Takashi, who lives next door to that child, is playing in the park after putting away his toys…

As I introduced above today, the infection situation in Japan continues to be the worst virus spread country in the world in terms of the number of new infections and the number of deaths, but it seems that many Japanese have no intention of refraining from doing anything at all…
That should be because…↓

(I’m sure you all know this by now, but)
Even the Prime Minister of Japan has traveled and been infected…

Of course, there are some people who do not get infected even if they go on a trip … but …