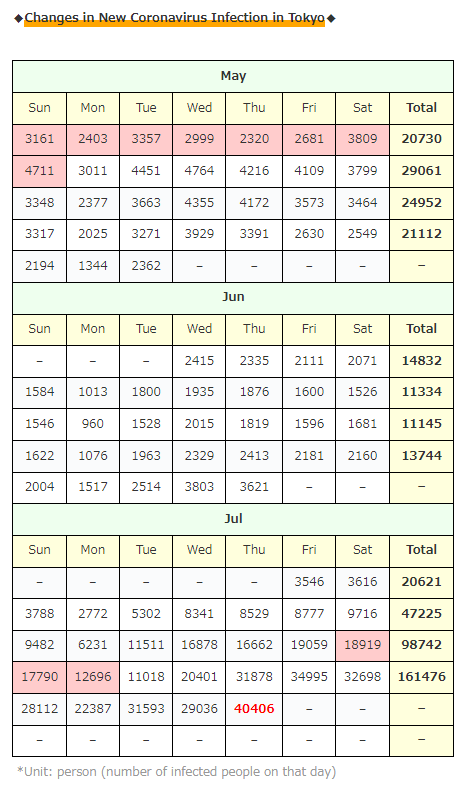 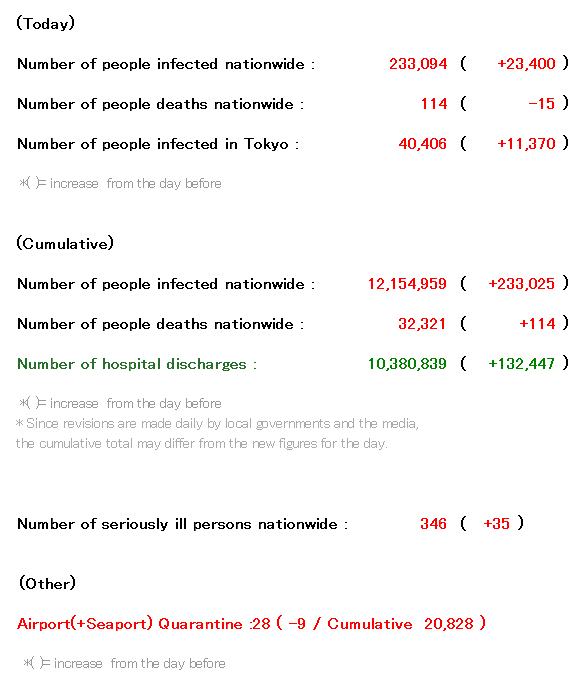 The number of infected people in Tokyo is ..
Yesterday, the number was lower than it was expected, but today it has exceeded 40,000 as expected.

(* Almost every week, in Japan, the number of infected people announced on Wednesday will increase considerably, so yesterday was a “strange” situation.) 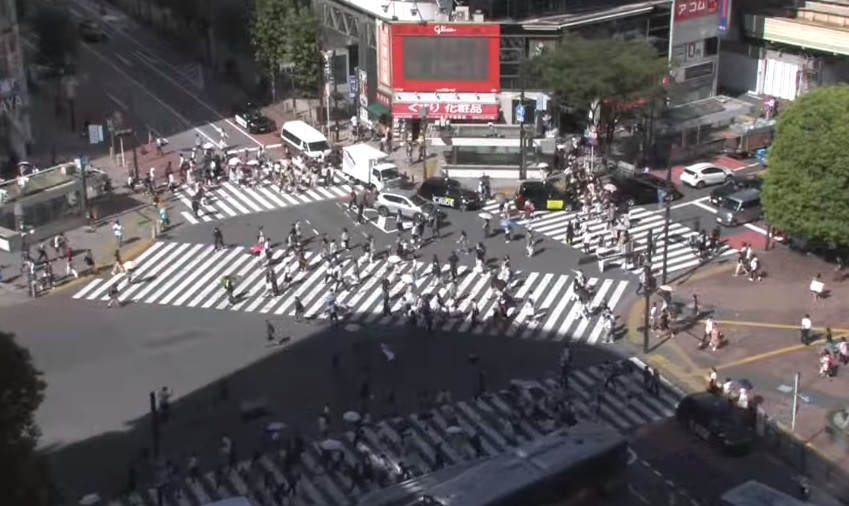 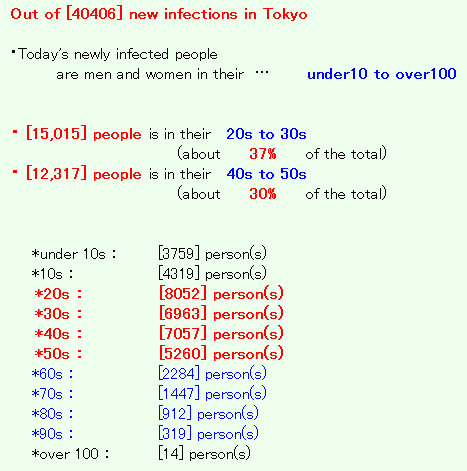 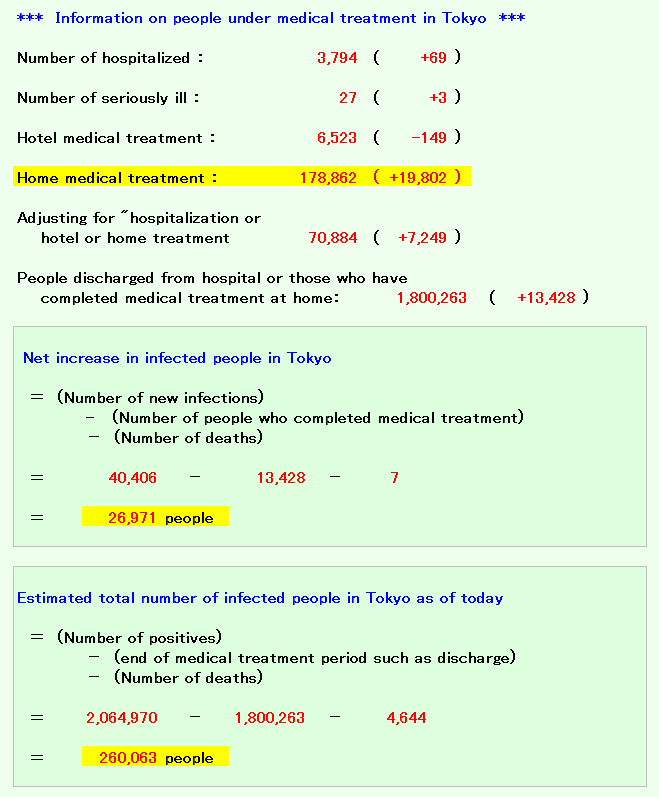 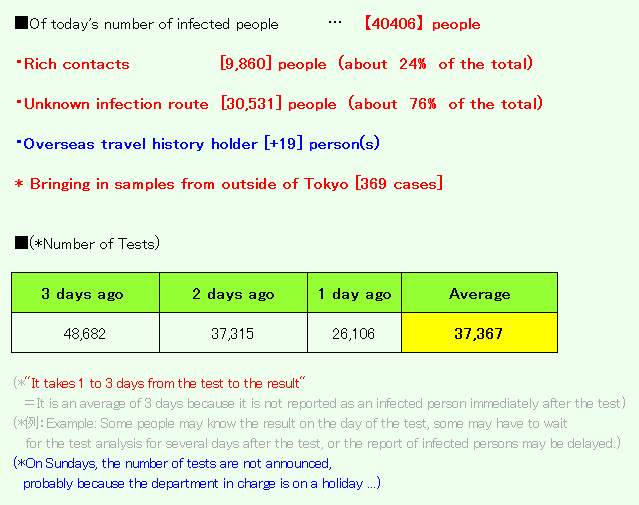 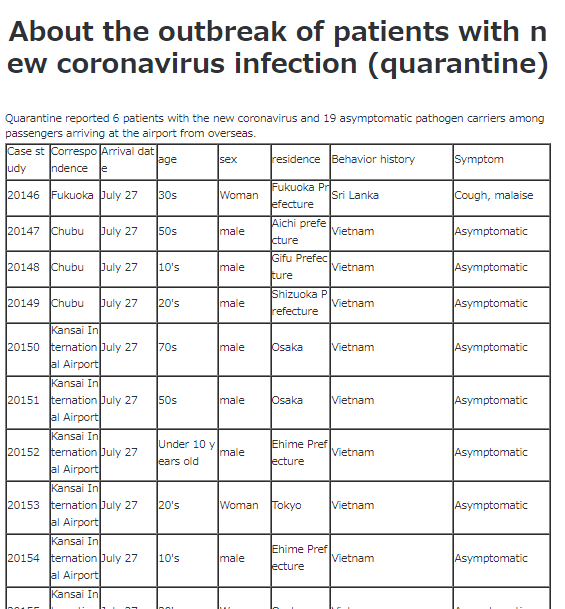 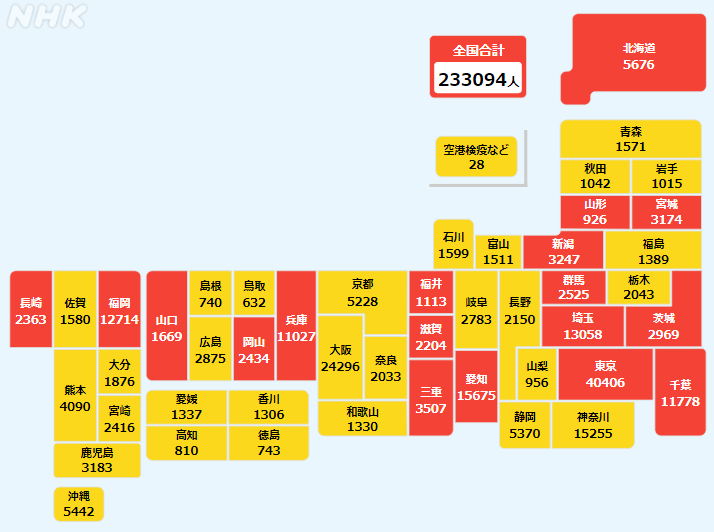 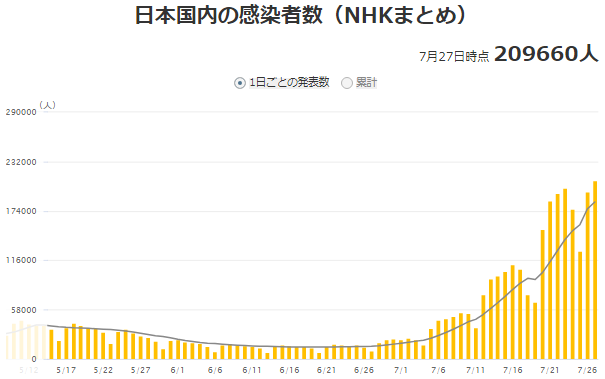 By the way, the spread of infection grows steadily without knowing where it will stop … 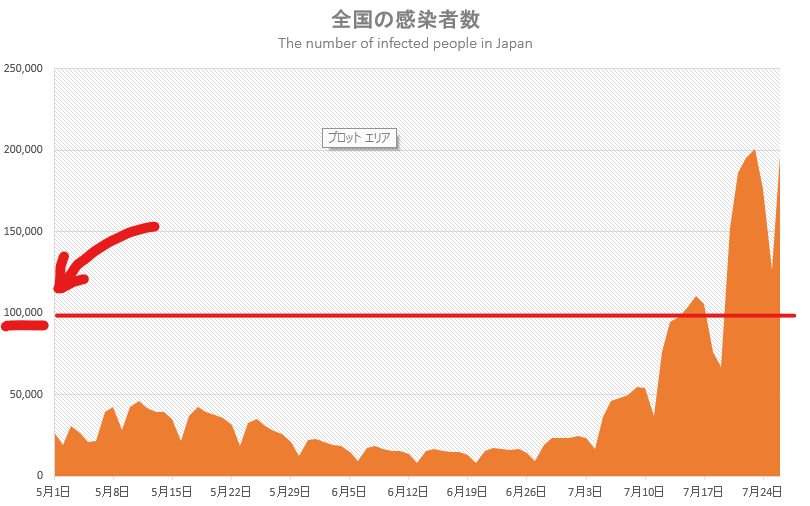 ↑Before the 7th wave of this time, the highest number of infected people in the past was just about 100,000, but now it has penetrated far away …

Under such circumstances, what happened to the “third vaccination rate” … ↓ 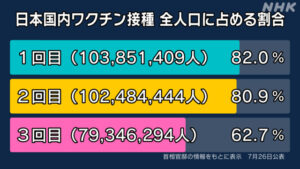 That should be it, because… 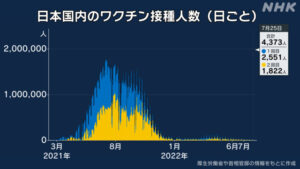 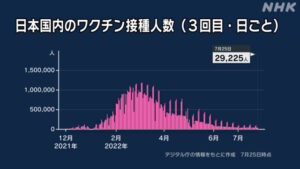 No one has been vaccinated!

The Japanese government keeps saying “Infectious disease control is vaccination!” and does not take any other measures, but you can see how irresponsible it is …

If the Japanese government knows that “everyone does not vaccinate,” it must take absolutely different measures.

By the way, as I introduce in this summary article every day, it seems that there are quite a few cases where the clinics in each region are flooded with fever outpatients and …

…and refuse to see them anymore.

Under such circumstances, in Japan, the crazy theory that “COVID-19 has a low severity rate and death rate, so no countermeasures are necessary!” is “spread”, but …

In Australia, due to the spread of infection by “BA.4” and “BA.5”, which is the same as in Japan, it seems that not only the number of infected people is record but also the number of deaths is record …

Did you think, “Well, Japan is worse than them at all! lol”
…It is different.
Australia has a population of about 26 million, which is five times that amount when converted to Japan.
(*Japanese population = about 126.5 million people) 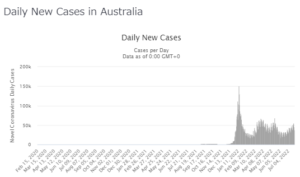 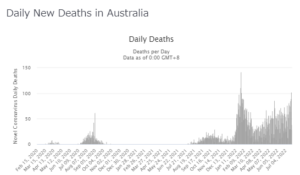 (Unusually lol)
As expected, there were many decent people in the Yahoo! comment section of this article, and such voices were overflowing.
“If the Japanese government does not regulate behavior, this will happen.”
“The number of infected people in Japan is no longer at the level of being unregulated.”
As a matter of fact, the increase of the number of seriously ill and dead people will be delayed by about a month after the outbreak of infection, so it is highly possible that the number of fatalities in Japan will be terrible in the future …

Recently, also the number of deaths in Japan has exceeded 100 per day …
Even so, will they say, “The number of infected people has doubled compared to before, so the mortality rate is actually half!” ?

By the way, sales of department stores nationwide in June seem to have increased for the fourth consecutive month.

It seems that 90% has recovered compared to before COVID-19.
(*The remaining 10% seems to be for foreign tourists)

And vaccination certificates will be issued at convenience stores from next month,

and more and more active people are likely to increase!
I mean, the Japanese government wants to increase it!