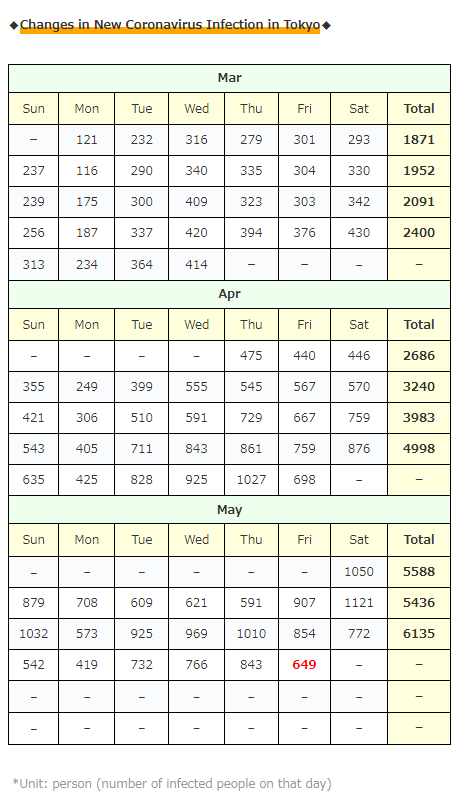 This week is the second week since the Golden Week holidays, but the number of newly infected people in Tokyo has not increased more than expected, but rather it has been lower than last week …!

Looking at past trends, in Japan there is a tendency for the second week after consecutive holidays to be a “stagnation period”, so it would be nice if next week (the third week ) begins to decline steadily.

* Bringing in samples from outside of Tokyo [25 cases] 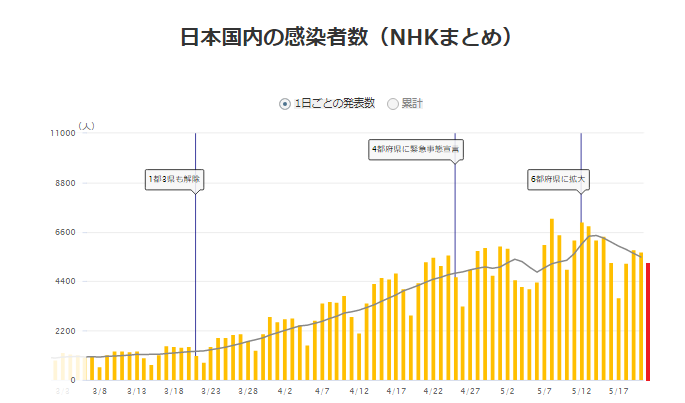 ↑A state of emergency has been declared in Okinawa!
Unlike other areas, the period is from May 23rd to June 20th!

↑It seems that Ehime will be removed from the target of priority measures such as prevention of spread on May 22nd tomorrow!

The government is still in the middle of various press conferences (as of 20:00), so I’ll summarize the details tomorrow!

Let’s get back to the usual topic …

Eventually, it seems that the purpose is to remove the certified restaurants from the request for shortening business hours, and it seems that this model business will be started from Chiba City in coordination with the national government.

And it seems that there are 59 standards created by the prefecture, and 47 of them must be met …

Specifically, it seems that the following are included.

I feel that it is unreliable the standard that set by a country where the spread of infection cannot be suppressed, but the government seems to want to reopen restaurants, so I hope it will be a meaningful policy.

That is the sad situation in Japan, but in Taiwan, which has a solid track record, it seems that the super talented genius IT minister has developed a ridiculous system again …! !! !!

It seems that they have developed a system that allows the government to manage personal information without passing it to the restaurant by simply reading the QR code when entering the restaurant!

Moreover, because it is managed by the government, it seems easy to identify rich contacts! 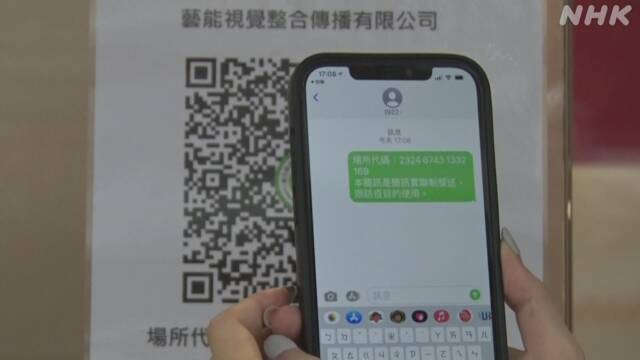 Just read the QR code in front of the restaurant and send a short message to the government’s infection control hotline, and it will be deleted after 28 days of storage. 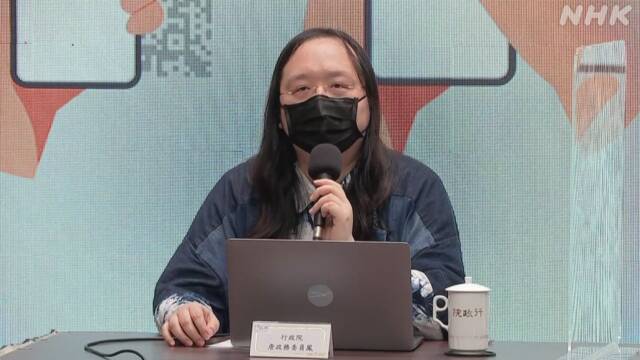 In the first place, if personal information is managed for each restaurant as in Japan, it can only deal with clusters generated at that restaurant.

By the way, Minister Audrey Tang made this system in just 3 days!

I want Mr. Tan to do the Japanese minister too … lol

On a different topic, there was super good news about Pfizer’s vaccine!

Until now, this vaccine had been shipped frozen, thawed at the vaccination site, and then it can be stored at 2 ° C to 8 ° C for 5 days, but the US Food and Drug Administration (= FDA) has announced that it can be stored for up to a month!

In Japan, there seems to be a lot of vaccine disposal due to cancellation, so I am really happy that it will be possible to store it for 30 days and the disposal will be reduced!

And also it will be possible to store it for a long time even in a small clinic!

Wow… What the best news it is!

In the open space in front of Takadanobaba Station in Shinjuku Ward, Tokyo, the administration seems to have finally started to exercise its abilities because drinking on the street does not stop no matter how many times you pay attention to the crowd … 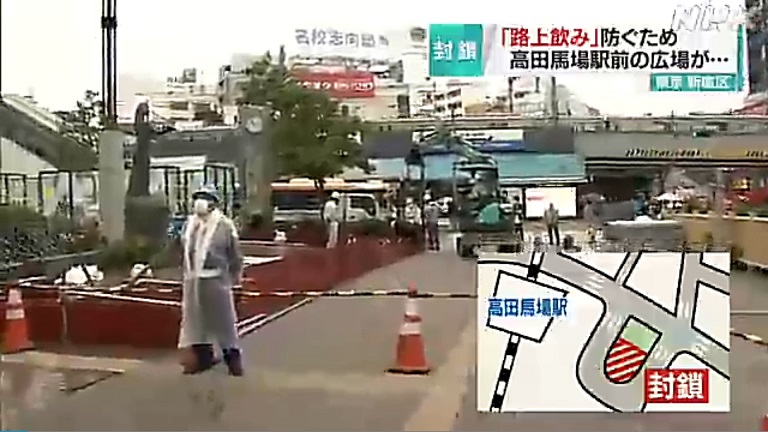 And …
People only have that kind of feeling, so even if the government just “calls”, there is no reason to refrain from going out.

The number of infected people in Tokyo and Osaka is decreasing, so if it is reduced in the future, it will only be a solution just in front of us, even if COVID-19 is resolved, I’m really scary in the future because there are people with such sensibilities…