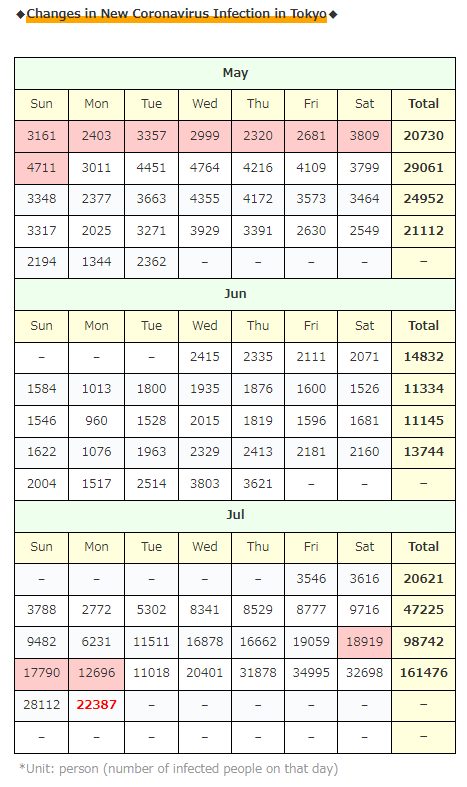 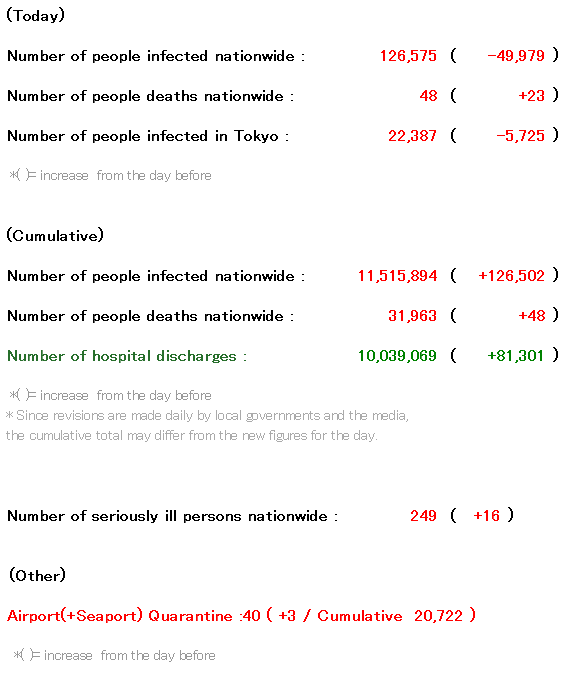 The number of infected people in Tokyo is ..
Yesterday (Sunday) and today (Monday), there are about 10,000 more people than last week …

There is no sign that the peak can be seen yet … 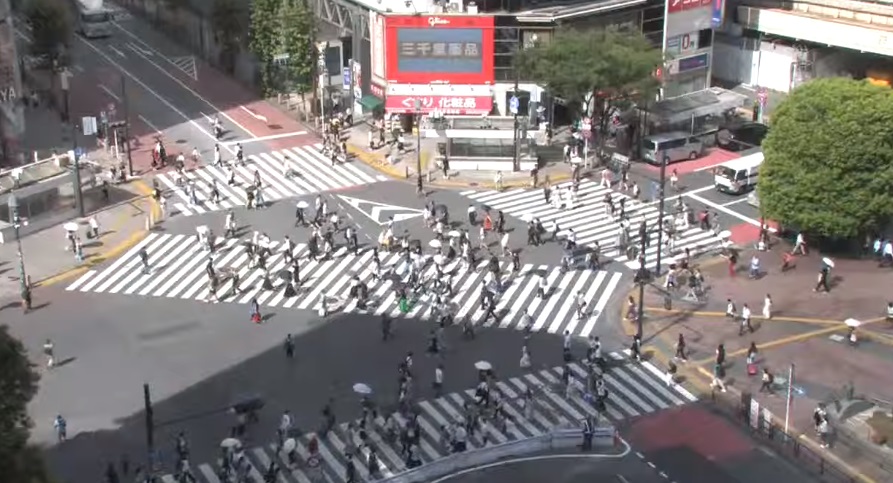 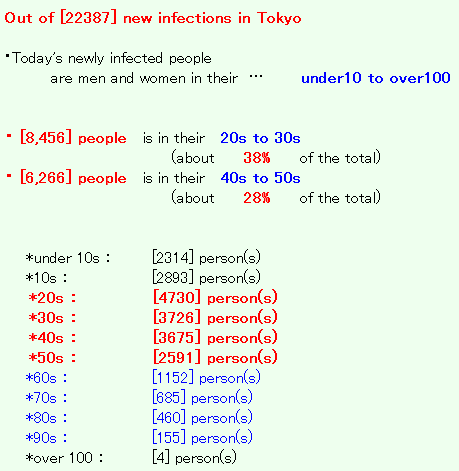 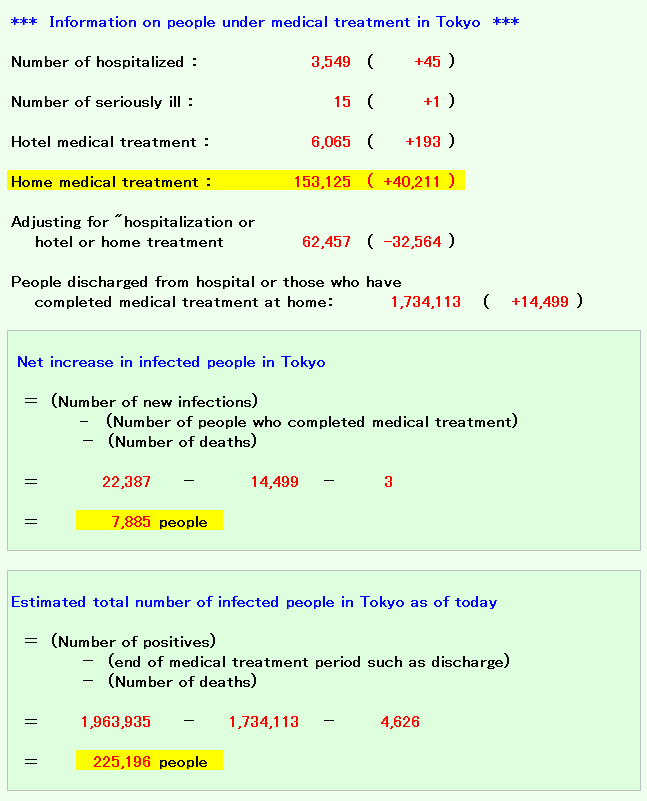 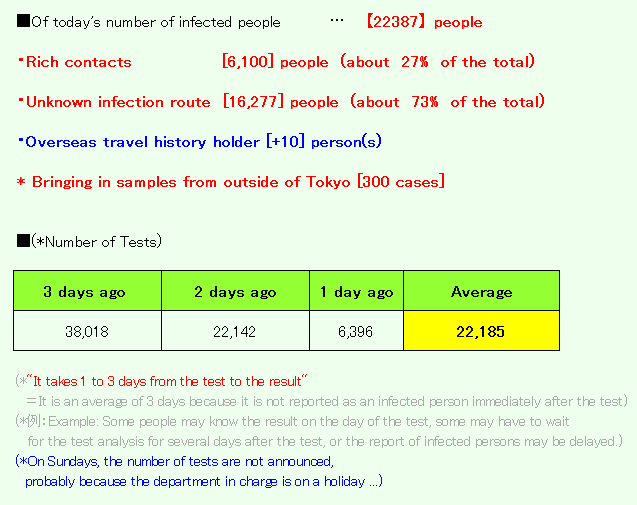 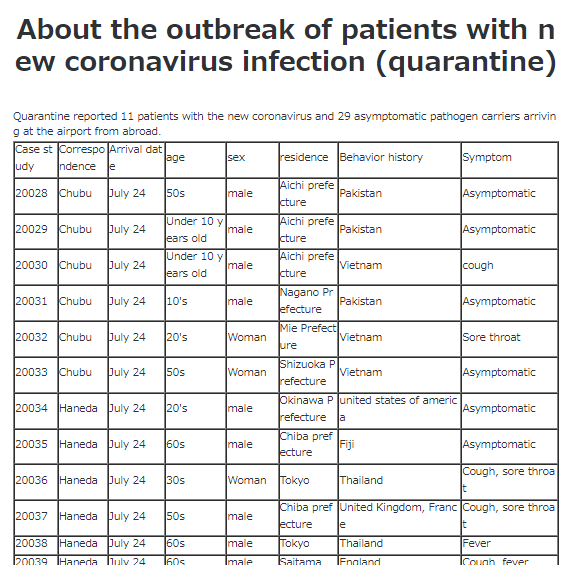 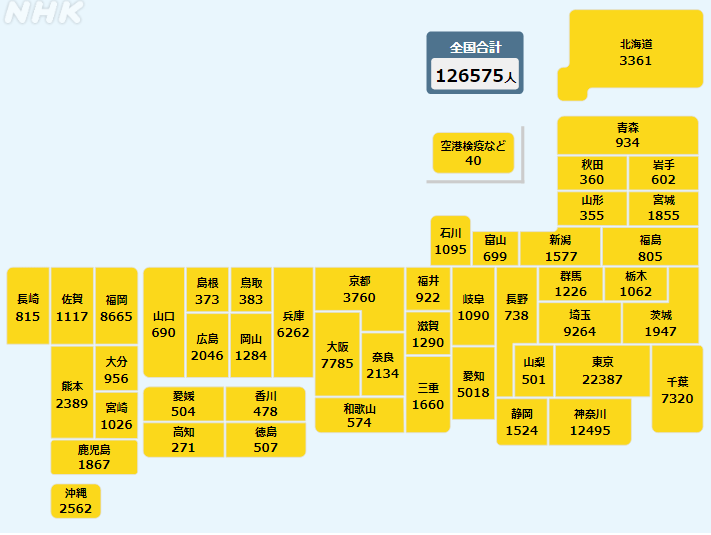 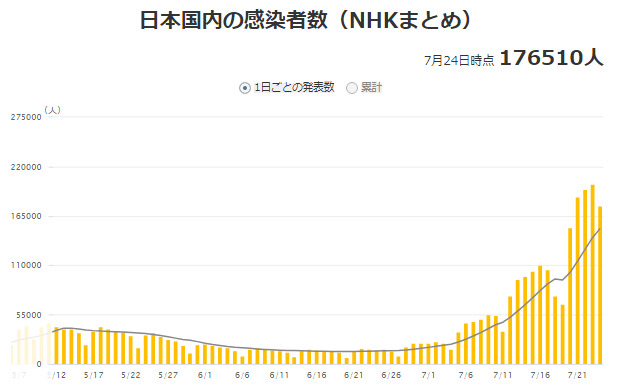 Well, weekdays have begun this week as well!

Last week, everyone said, “That’s serious! It’s serious!” but no action was taken, so the number of new infections in Japan exploded far from the global trend, but …

“Nearly half of infected people are under 30!”

Government of Japan “We will continue to update the record number of newly infected people!”

… It was just news like the one above.
It was last week that it felt like “(Government) I know, but I don’t do anything.”

Is it a junior high school student before the test?

I would like to briefly summarize the variant “BA.5” of the Omicron variant that is causing the 7th wave this time!
(As you can see from the quoted article below, the article is super looooooooong … dry laugh)

＜Percentage of people immune to BA.4 and BA.5 (by age group)＞ 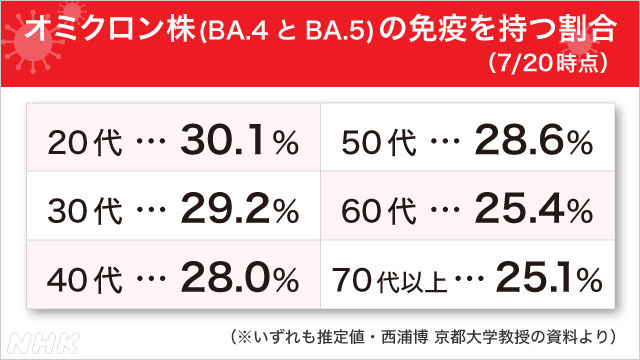 ↑“≒ Most people have no immunity regardless of vaccination”

Compared to BA.2, BA.4 / BA.5 seems to have less than a quarter of the neutralizing antibody.

→I can’t say anything because there is a possibility that “They were infected with BA.1 / BA.2 recently“.
(*Because recently infected people have more immunity)

＜Ease of aggravation＞
→BA.5 has not been confirmed to be different from BA.2.
(*However, it seems that the number of infected people, hospitalized people, and severely ill people is increasing all over the world.)

＜Vaccine effect＞
・As of the end of May … There was no difference in the effect between BA.5 and BA.2.
・Compared to the viruses that have been mainstream until now
Second vaccination = 1/23 effect
Third vaccination = 1/6 effect(= same effect as BA.1)

→
It is said that
“Infection prevention effect is only to some extent”
“The effect of preventing aggravation is only about half a year.”

Well, it seems that the number of hospitalized and severely ill people is increasing worldwide.
The Japanese government’s policy is “If you don’t die, it’s okay to suffer to some extent”, but what will happen in the future?

By the way, it seems that the number of newly infected people in Tokyo is expected to change in the future …! 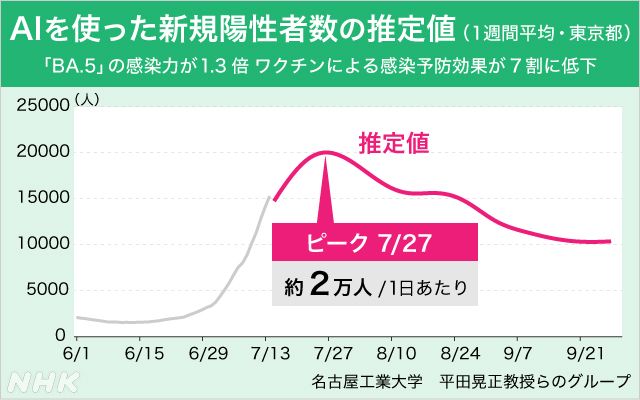 Is this week the peak? Such a stupid (lol)
Moreover, the number of people has already exceeded 30,000 …

Certainly, I feel that the limit of the number of tests is about to be seen.
… 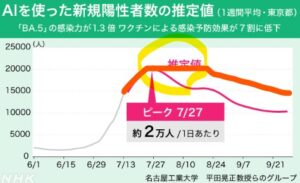 After all, it’s the end of the Bon festival that it starts to decrease like every year.

What do we say this …
“There is no effect of the measures, it just decreases naturally!”