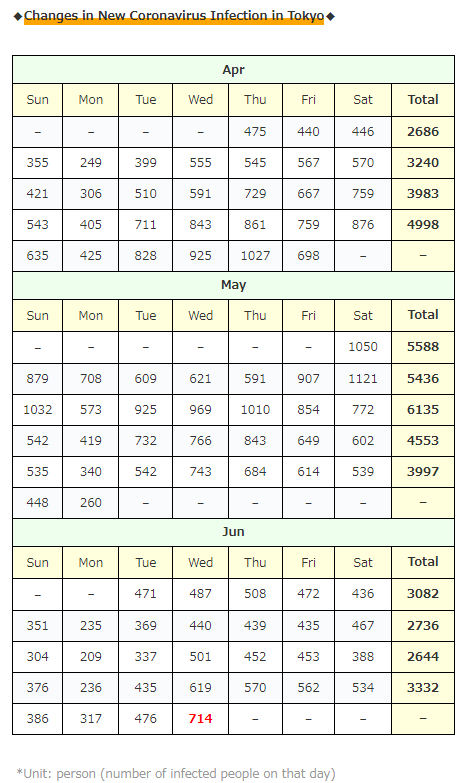 The number of newly infected people in Tokyo today is……… 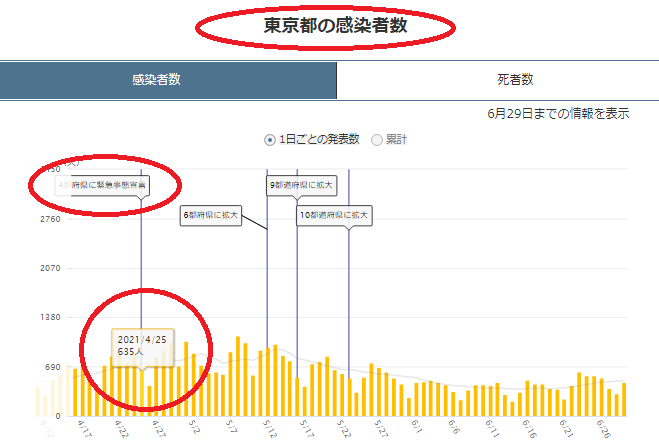 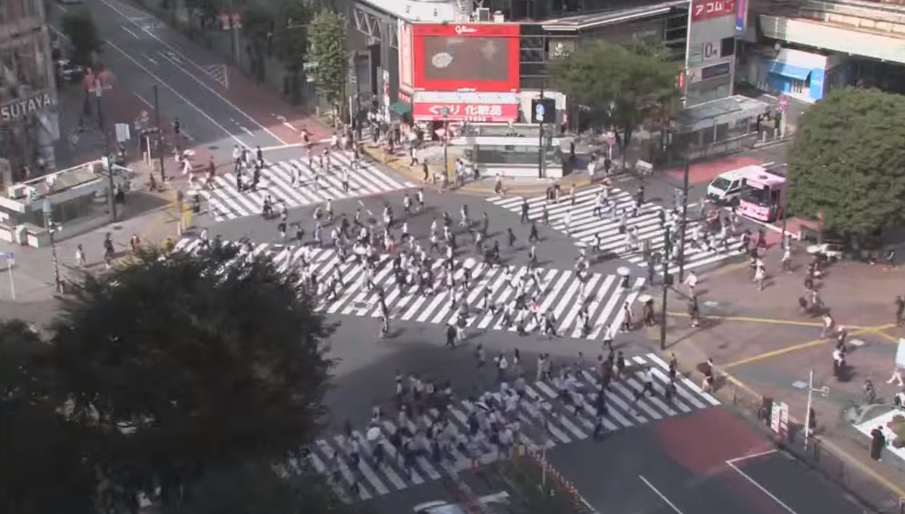 Quarantine reported four patients with the new coronavirus and one asymptomatic pathogen carrier among passengers arriving at the airport from overseas.

Five asymptomatic pathogen carriers of the new coronavirus were reported by quarantine on vessels arriving at seaports from overseas. 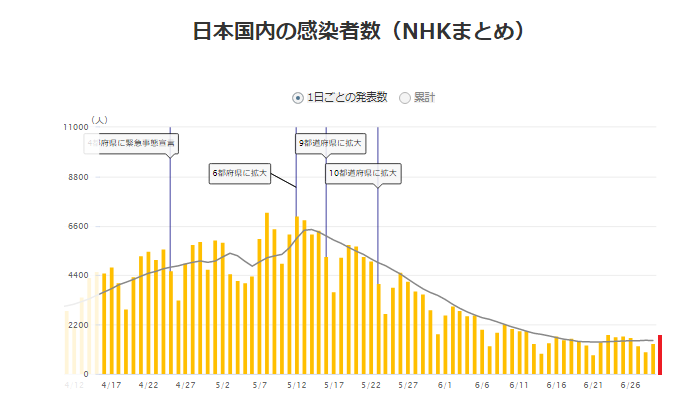 Looking overseas … it seems that the infection is spreading rapidly in the UK, where the vaccination rate should be over 65% …
(*COVID-19接種率の推移)

It seems that the number of infected people per day currently exceeds 20,000 … 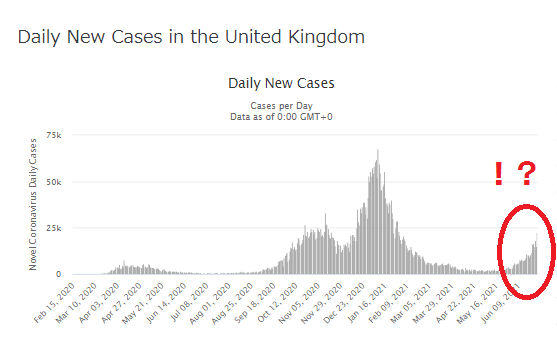 ↑↑ The infection is spreading more than I expected …

By the way, according to the BBC data dated June 19, the infection rate of the elderly who are targeted for priority vaccination is low, and the number of infections of young people who are currently vaccinated or not targeted seems to be quite high… 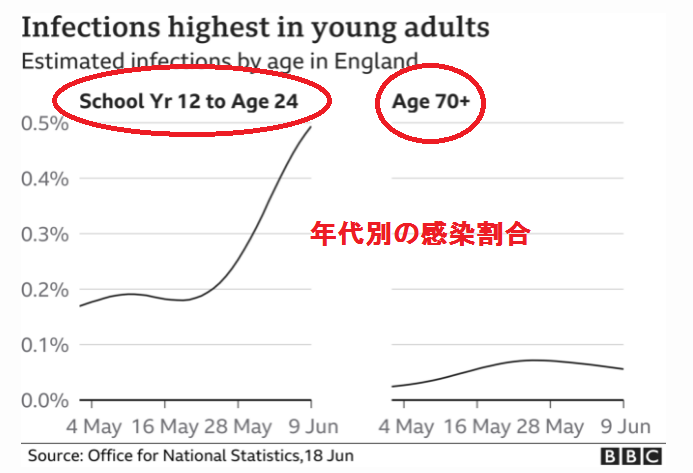 And as for the severity rate of concern, when the British government investigated 806 people infected with “Delta strain”, it seems that the outstanding vaccine effect is shown as follows …!

it seems that about 300 Finnish supporters who watched soccer in St. Petersburg, Russia were confirmed infected after returning to country…! 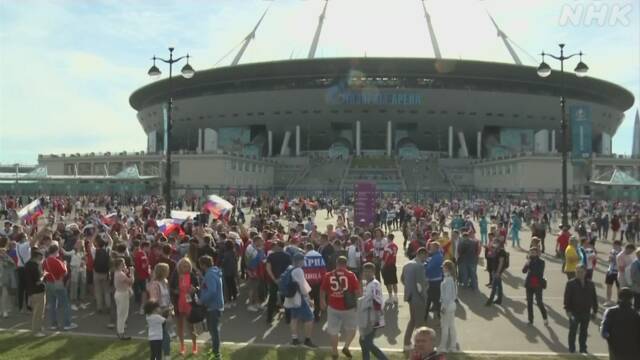 Is it okay for the “Tokyo Olympics” to judge that “the audience can be accommodated”?

And on domestic topics …

Due to lack of vaccine, the government does not seem to accept applications for occupational vaccination anymore …

After all, it seems that only large companies and large organizations have benefited …

By the way, it seems that some local governments have not received the vaccine because the government started vaccination in the workplace with a close-out departure …

When the local government asks the Ministry of Internal Affairs and Communications and the prefecture for the outlook, it seems that they say “I don’t know” …

Today’s last article is the news of hope!

According to a British study, using different types of vaccines in the first and second vaccinations was more effective!

It is still in the breaking news stage, and it seems that detailed research results will be announced in the future, but if it really does not have any problems such as side reactions in clinical trials, there will be no “binding” to the type of vaccine, so vaccination can be done more flexibly.

It’s about time that the fastest vaccinated people in humankind have to vaccinate again, both overseas and in Japan,
(* Because you have to give an additional vaccine once every six months)
but many people haven’t been vaccinated yet, so I hope both of them go smoothly!

Nishimura, the minister in charge of economic revitalization, seems to be calling on the public to “Please proactively use antigen test kits at work!”

I’m sorry for not studying …

So, I tried to find out how to purchase an antigen test kit …!↓ 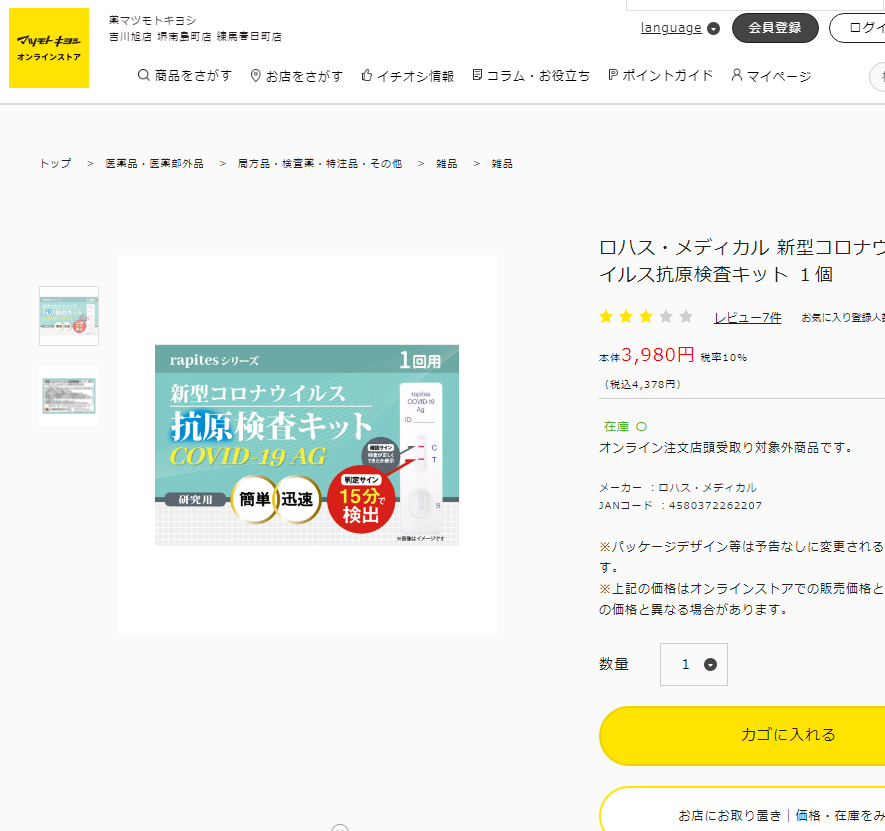 ↑↑ It seems that drug stores are also selling …!

You can see the result in about 15 minutes!

I can’t believe it even if civilians, including myself, test it, so I’d like to test it at a hospital if possible, but this may be convenient!