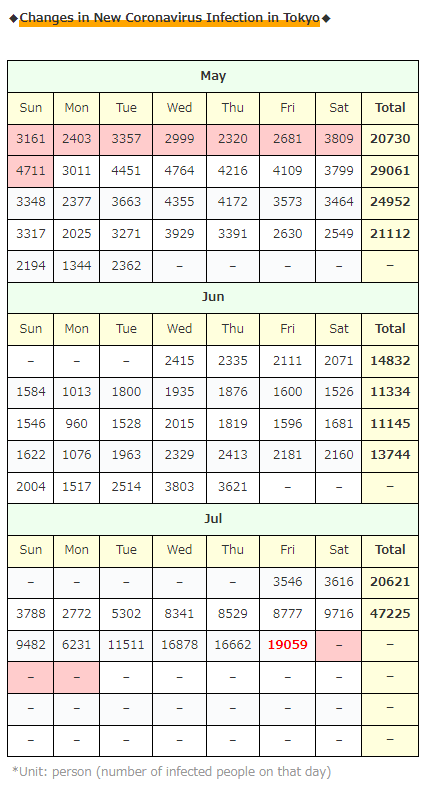 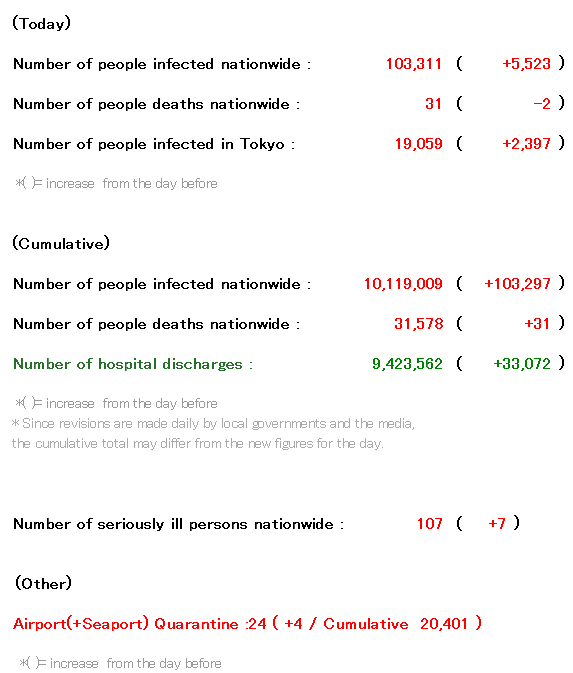 The number of infected people in Tokyo is ..
Well…, on the last weekday before the holidays, the number was just below 20,000.

The real hell will begin after the holidays, but I wonder if it will increase to tens of thousands … 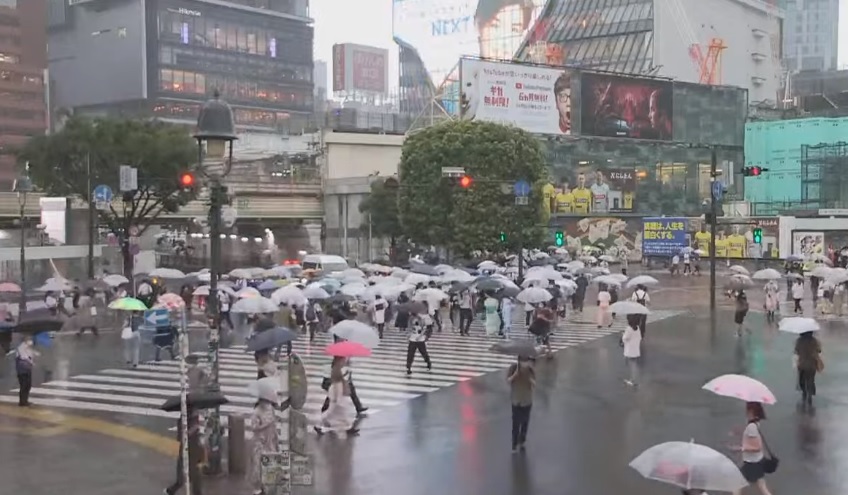 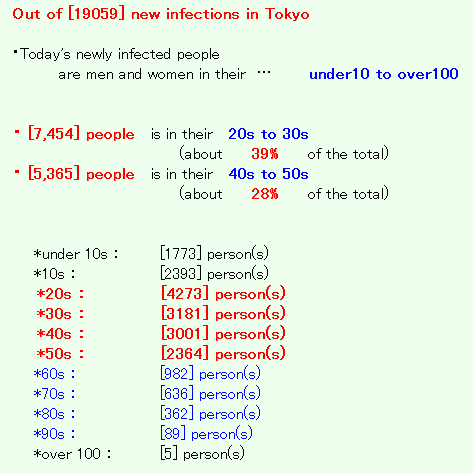 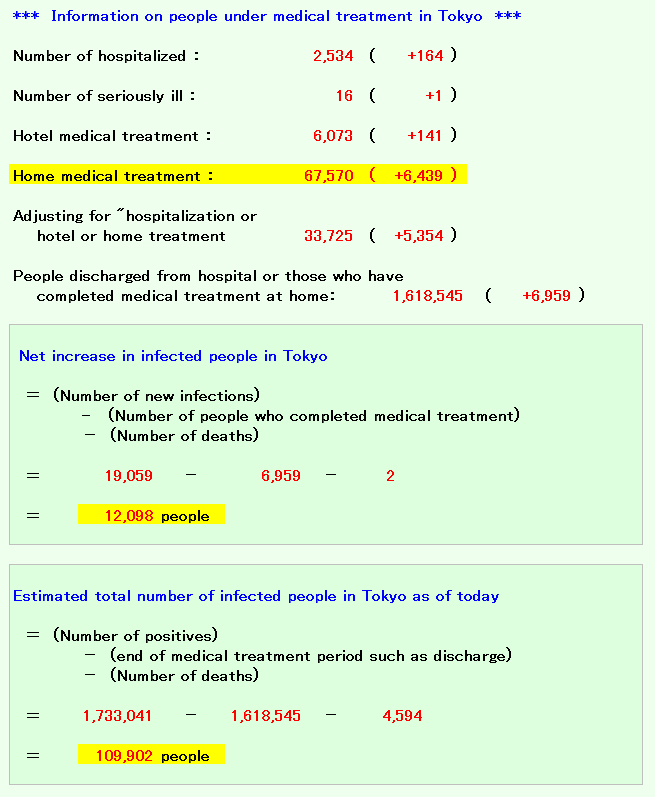 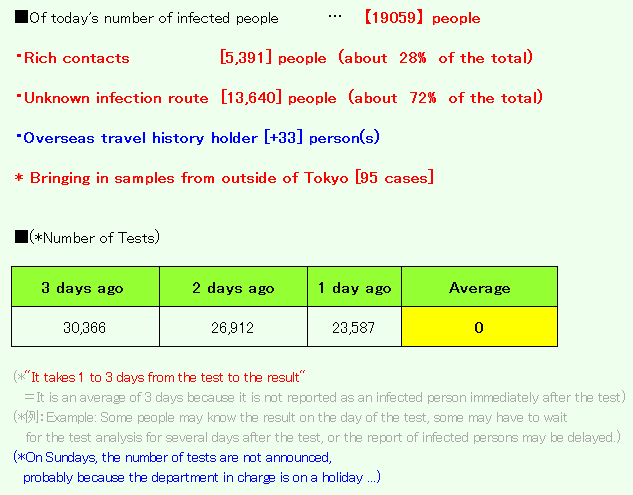 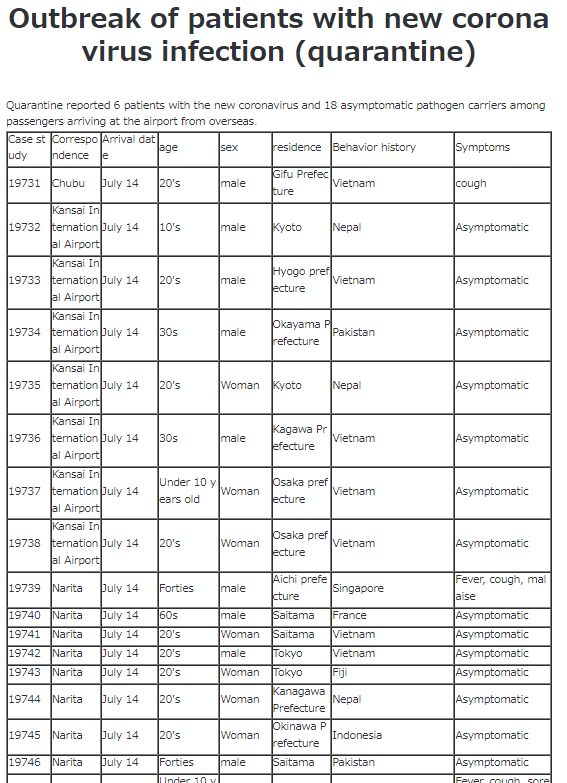 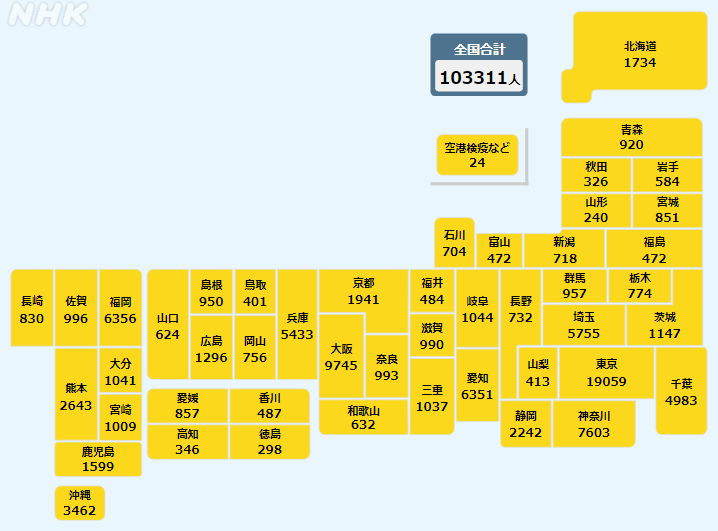 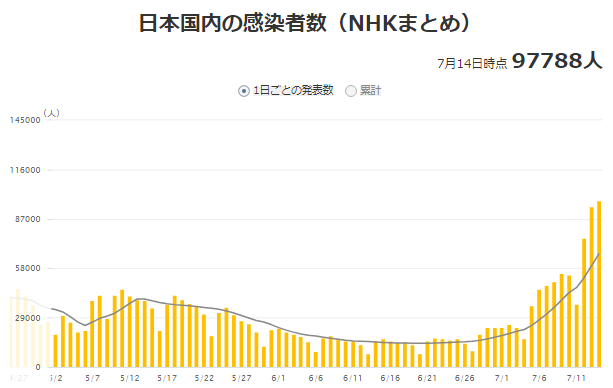 By the way, since the government has not taken measures since the “early stage of infection spread” three weeks ago, the 7th (!) terrible spread of infection is continuing again, but I would like to briefly summarize the responses and remarks of each place!

Tetsuo Saito, Minister of Land, Infrastructure, Transport and Tourism
“The current situation is not the situation to implement national travel support, so it will be postponed.”
“But as soon as the infection situation improves, we will do it!”

Yamagiwa Minister in charge of COVID-19 Countermeasures
“I will do my best to prevent the spread of infection and maintain economic and social activities.”
“At this point, we are not thinking of imposing new behavioral restrictions.”

Minister of Health, Labor and Welfare Goto
“It is expected that the number of contacts between people will increase due to the influence of the three consecutive holidays and summer vacation in the future.”
“In many areas, the number of new infections is expected to continue to increase.”

Rock in Japan Festival Secretariat
“Basically, remove the mask where it can be removed to prevent heat stroke.”

And yesterday, the Prime Minister announced the concrete response of the government in the 7th wave of COVID-19, but… it was not as good as expected … 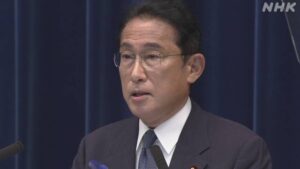 “The scope of the fourth vaccination will be expanded to include staff of facilities for persons with disabilities.”

“We are not specifically considering strengthening COVID-19 border measures.”

“I’m not thinking about imposing new behavioral restrictions at this time.”

Although it is said that it is unlikely to become “severe”, most people are forced to take care of themselves at home under the current “medical care provision system” in Japan.
And there are many people who are actually infected and suffering (although not certified as severe) and who are suffering from sequelae.
Nonetheless, it seems that great people and the majority of the people are ignoring all that and “just” want to be “their” comfortable …

By the way, the latest version of “Discovery of variant in airport quarantine” announced by the Ministry of Health, Labor and Welfare about twice a week was announced yesterday, but … ↓

It seems that no new type of variant has been discovered … 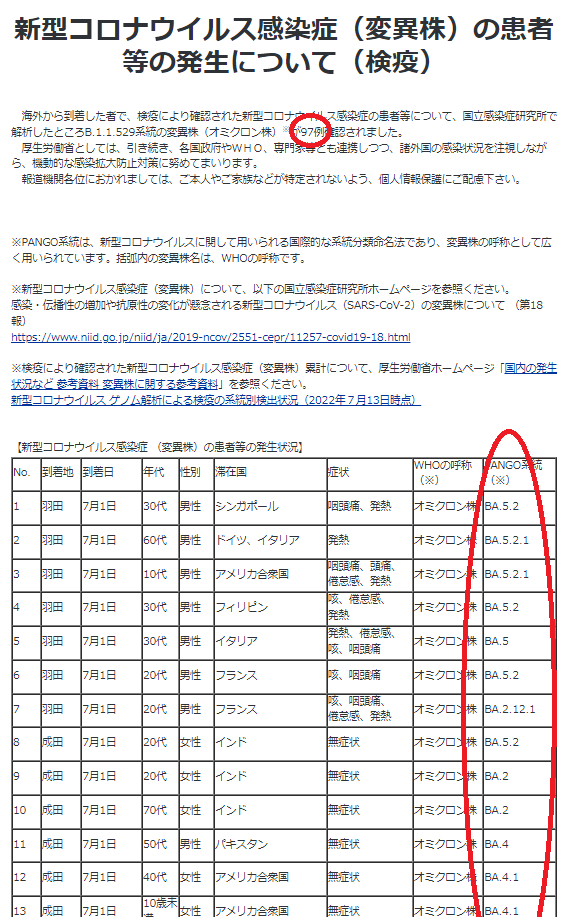 Variants are more likely to occur as the infection spreads, so it will continue to be easier to variant in the future …