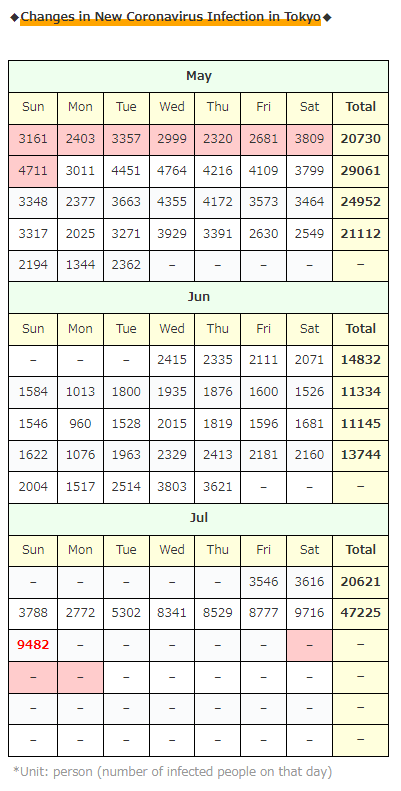 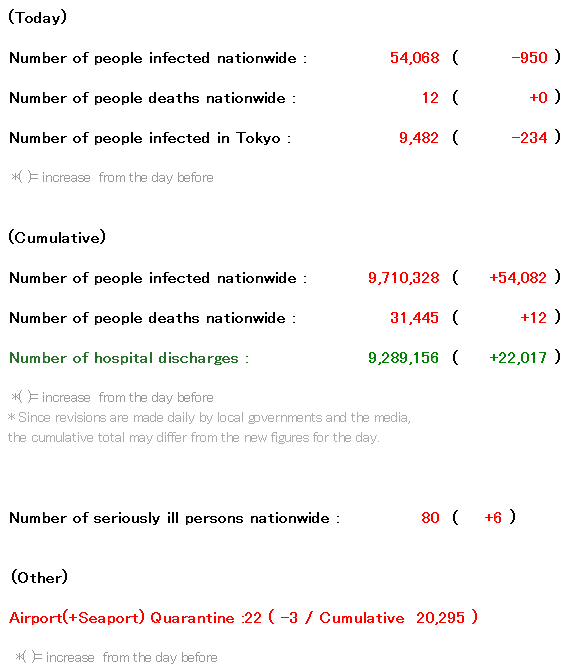 The number of infected people in Tokyo is ..
It’s almost three times as many as the previous week for two consecutive days …

Tomorrow is Monday, so I think it will be less than today, but I wonder if it will exceed 10,000 people on Tuesday (the day after tomorrow) as early as next week … 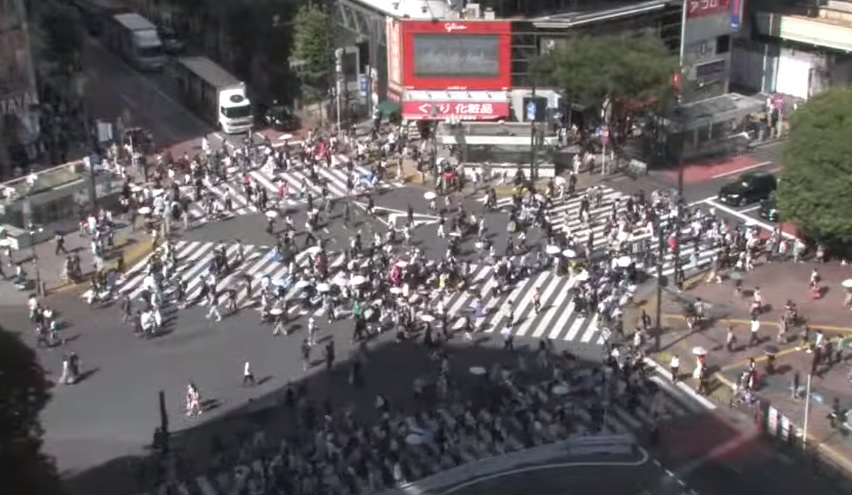 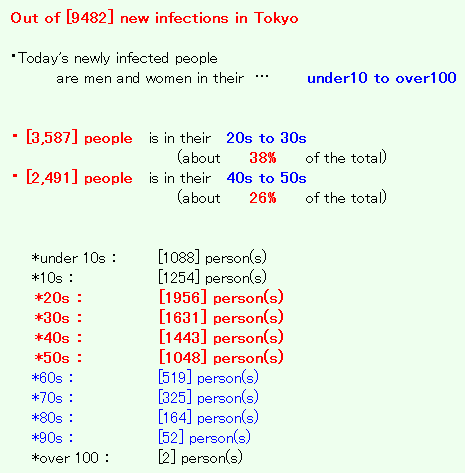 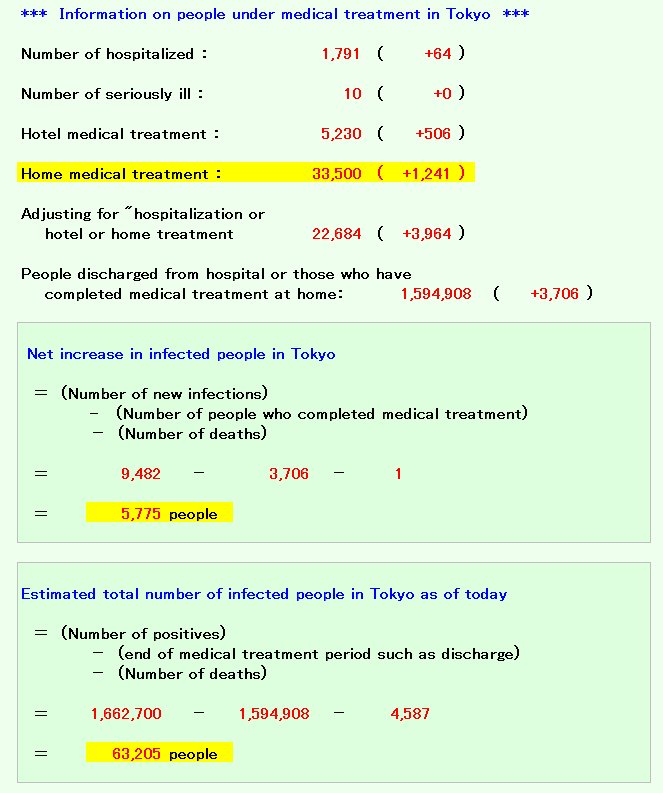 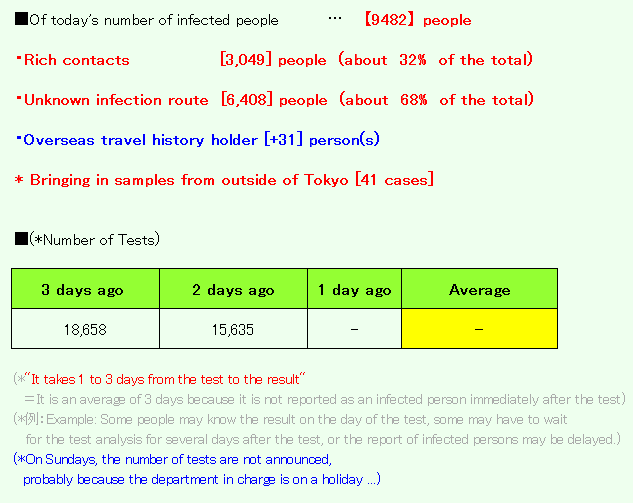 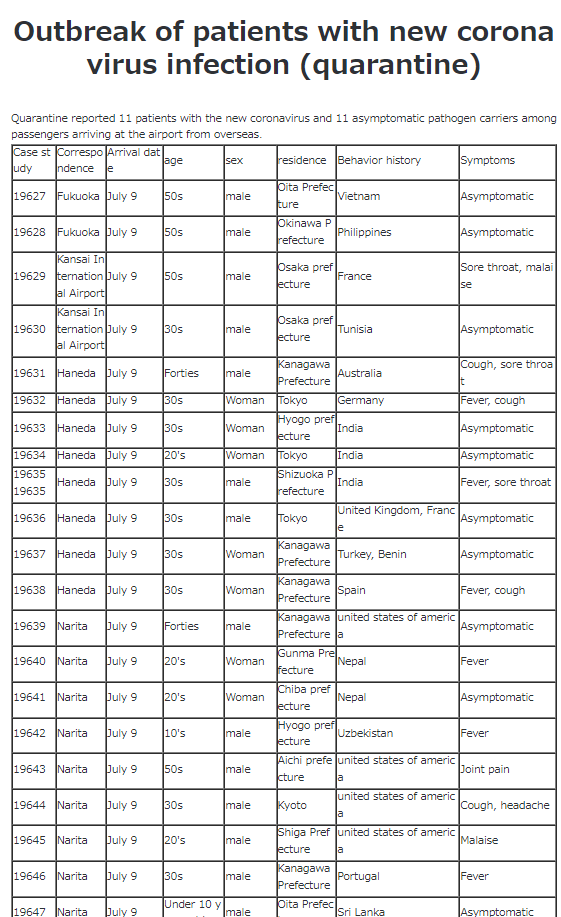 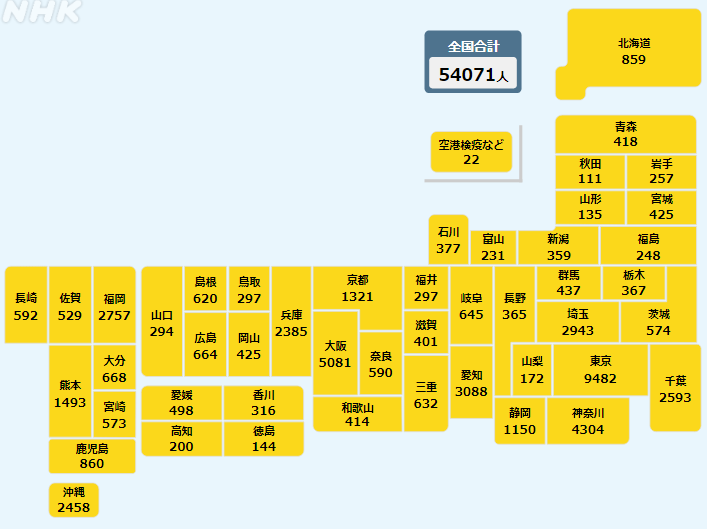 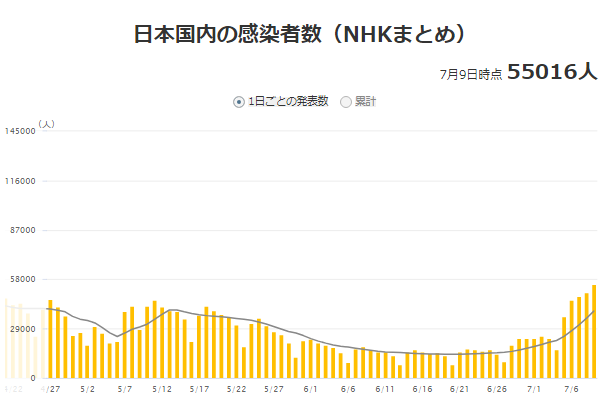 By the way, the variant “BA.5” of Omicron variant, which is said to be the mainstream of the spread of infection this time, has the features summarized, so I would like to introduce it!

【Infectivity】
→35.1% stronger than “BA.2”
【Immune response】
→The effect of neutralizing antibody is less than 1/7 of “BA.1”
【About aggravation】
→There is no information that the severity has changed compared to “BA.1” so far.

By the way, in Japan, the immunity obtained by vaccination and infection seems to be diminishing with the passage of time, and the percentage of people with immunity to Omicron variant is 44.6% are in their 20s and 37.4% are in their 70s or over as of the end of June.

By the way, “severe” = the immunity weakens while the toxicity does not change much …?
What will happen in this 7th wave …?

By the way, in Tokyo,

this “BA.5” already accounts for 33.4% of the number of newly infected people.

This time too, the type of variant “BA.5” that was not found in Japan …

(Latest version of “Discovery of Variant of Concern in Airport Quarantine”) 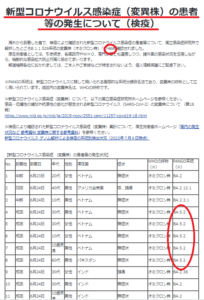 It’s always the same invasion route and the same infection spread process, but it seems that the Japanese government really intends to repeat the same thing 1 million times …

It’s a bit different from the story in Japan, but it seems that 40% of all people are now infected with COVID-19 in the island country of Nauru in the South Pacific Ocean just below the equator …

In this country, which has almost the same area as Shinagawa-ku, Tokyo and has a population of about 11,000, the number of infected people was 0 until June 19, 2022, but suddenly this situation happened … 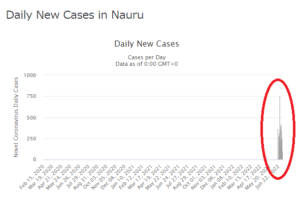 In the news of May 2021 last year, there was news that “the vaccination rate became 100%”, so it was a country with a high awareness of infection control, but …

As a side note, Nauru is a country with such perfect infection control ↓

＜Countermeasures against COVID-19 in Nauru＞
・At the time of entry, it is necessary to stay in a neighboring country designated by Nauru for at least 14 days.
・At least 5 days of quarantine is required at the designated facility even after entering Nauru.

By the way, this country is also an island country like Japan, and the virus should not exist in the land unless someone brings it.