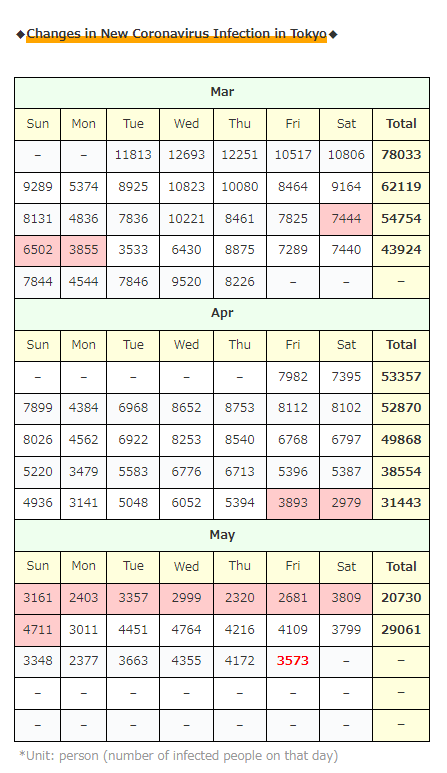 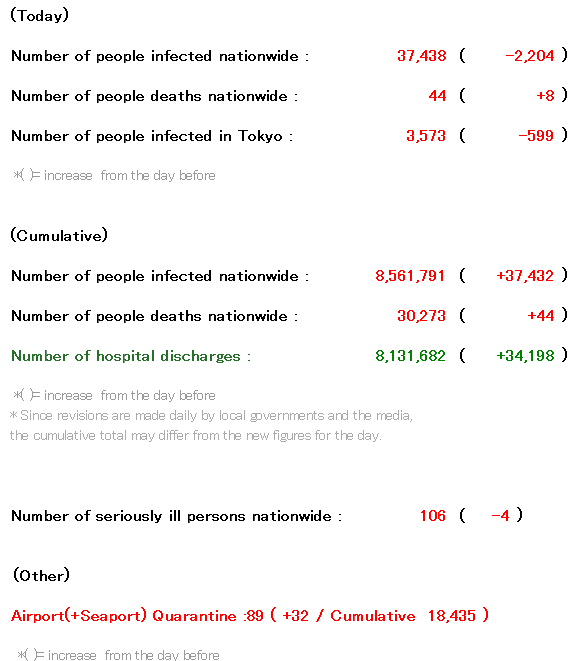 The number of infected people in Tokyo is …
Are the last three days about the same as last week?

I wonder what will happen by the movement of “NO MASK” … 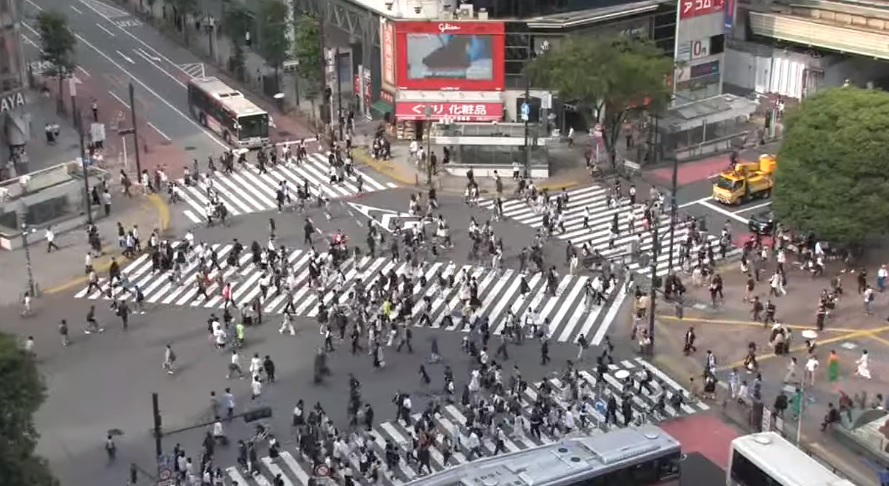 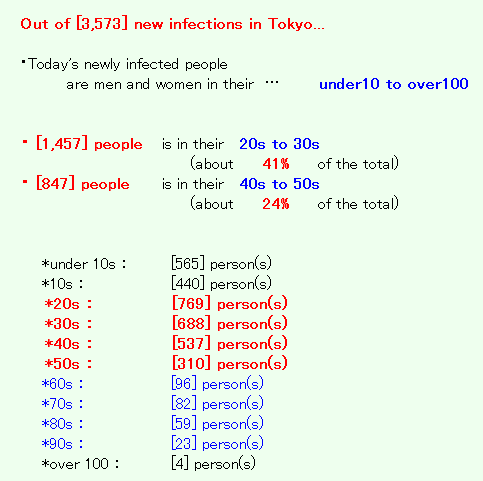 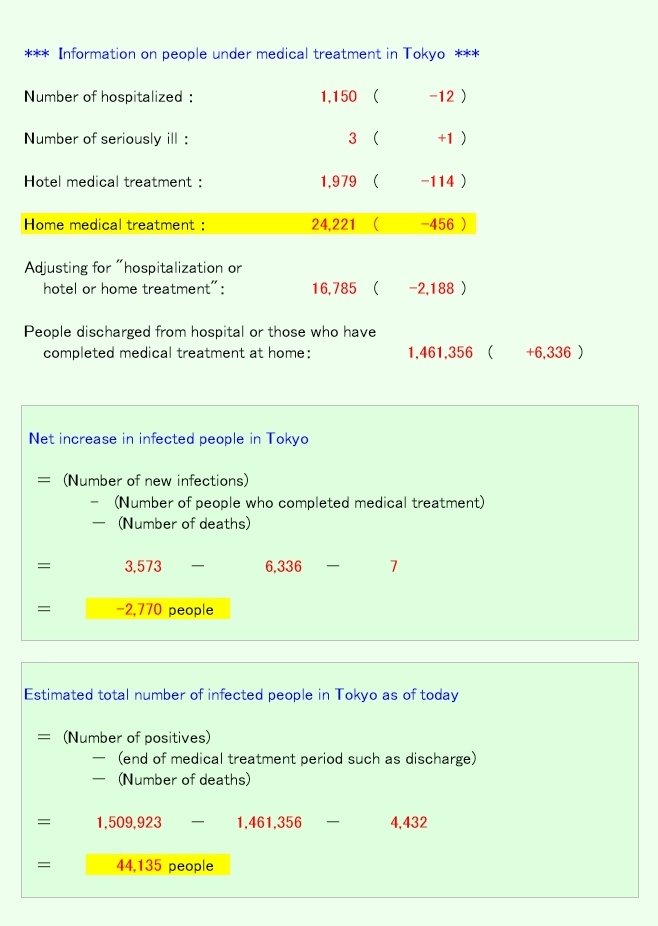 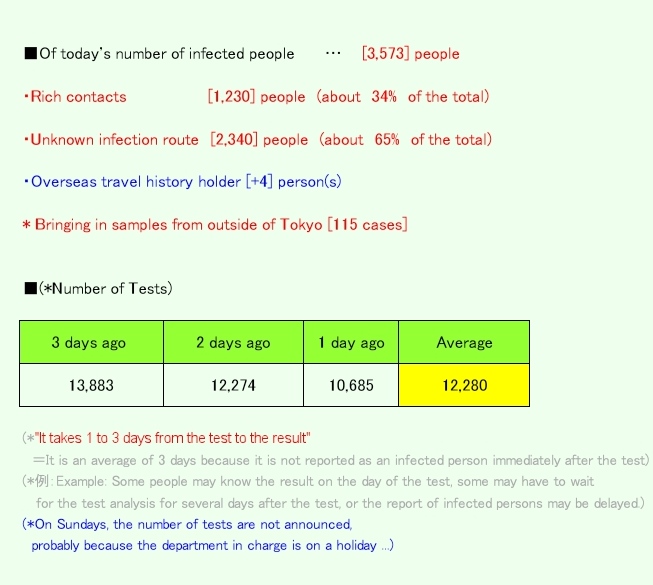 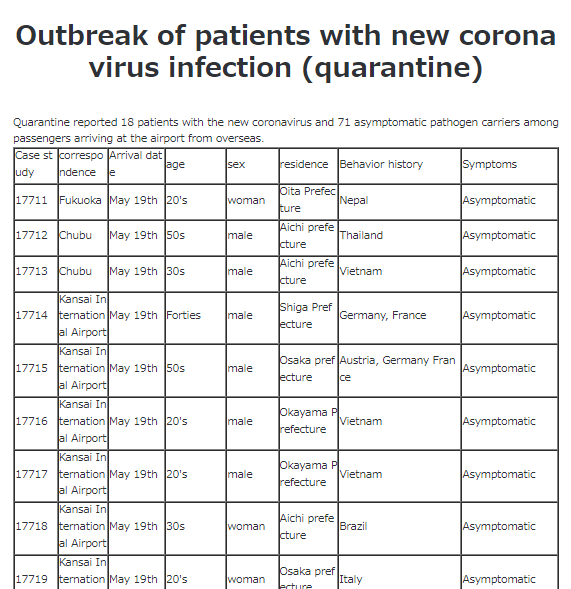 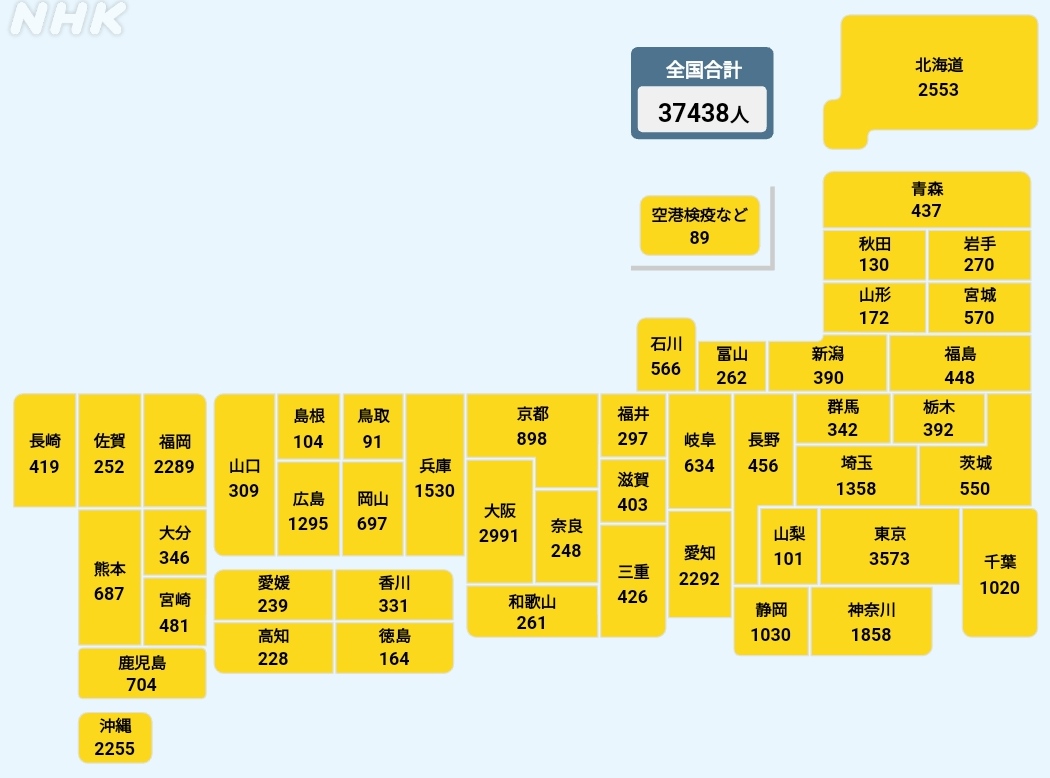 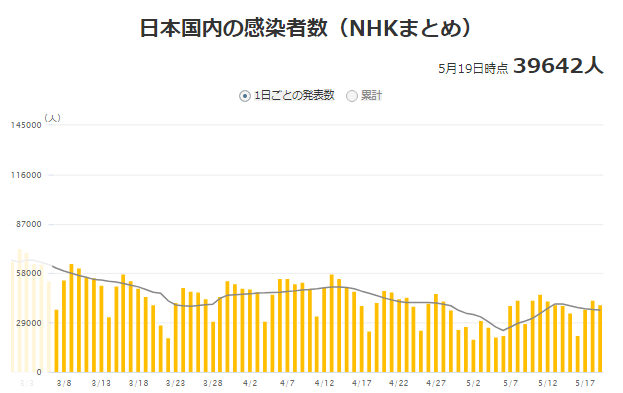 By the way, recently, “bad news” has been continuing, but it is not good to pick up only the news that is convenient, so I will summarize it properly!

So today it may be more “uninteresting” in many ways than usual, but I’m sorry …!

I introduced in the breaking news the other day, butI will summarize this article first!

The Japanese government is about to ease the number of immigrants from 10,000 to 20,000 on June 1st next month, so immigrants from areas where the infection has settled will not be tested at the airport quarantine. Moreover, even self-quarantine is exempted …!
(*The world will be divided into 3 groups according to the positive rate)

It doesn’t even matter if they are vaccinated or not.

It seems that the number of foreign tourists in April was 139,500.

By the way, I really feel that I live in Tokyo, but there are already one and two foreigners in each car on the train in Tokyo.

And this is the trend not only when entering Japan from overseas but also inside of Japan.

The “Advisory Board”, an expert meeting of the Ministry of Health, Labor and Welfare, always introduces in this summary article, “Is this meeting really meaningful? They don’t say much useful things or even suggest good measures”, are announcing again that “Even if you can’t get enough distance from your surroundings outdoors, you don’t necessarily have to wear a mask if you have little conversation.”

Unfortunately, this flow may not stop anymore, but who will comply with what these people say, “You don’t need a mask outdoors, wear a mask indoors or on a train”? ??
Today’s Japanese cannot do the troublesome work of “wearing a mask only when getting on the train”.
I can only see people wearing masks all the time after tomorrow …

And … A year or two ago, all Japanese people said, “Because foreign countries don’t wear masks, the number of infected people will be thousands or tens of thousands!”, but the numbers in Japan are at the same level …
“Completely through entry from overseas”,
“You don’t have to wear a mask in Japan”,
It seems that the Japanese government is giving up by saying,
“I can no longer control the spread of COVID-19 infection at all.”

It is very strange why the government can say “outdoors are safe!” Even though there are still more than half of the “infection routes unknown” and even that analysis has not been possible …

Now, in such a recent situation,

the Japanese government seems to announce the idea of ​​wearing a mask today.

I’m compiling this article at 15:30, but by the time I post this article, has it already been announced?

Well …, the number of people who wear masks in the city will decrease sharply from tomorrow, but for those who are well prepared for infectious diseases, the days of hell will begin …

(* In the comment section of  Yahoo!, it seems that only about 20% to 30% of people are against it.)
(*In the comments, there were some opinions that “That’s why I have already removed the mask!)
↓ 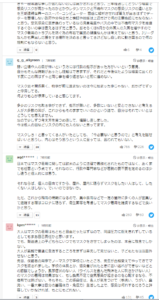 From tomorrow onwards, whether you’re walking along the road or on the train, you’ll be annoyed by coughing, sneezing, and loud conversations with people nearby, but be careful not to get infected …!
After all, the point is “whether the droplets adhere to your body or clothes,” regardless of whether it’s indoors or outdoors …
It’s not that the splashes don’t fly “because it’s outdoors”, but no one seems to point out that …