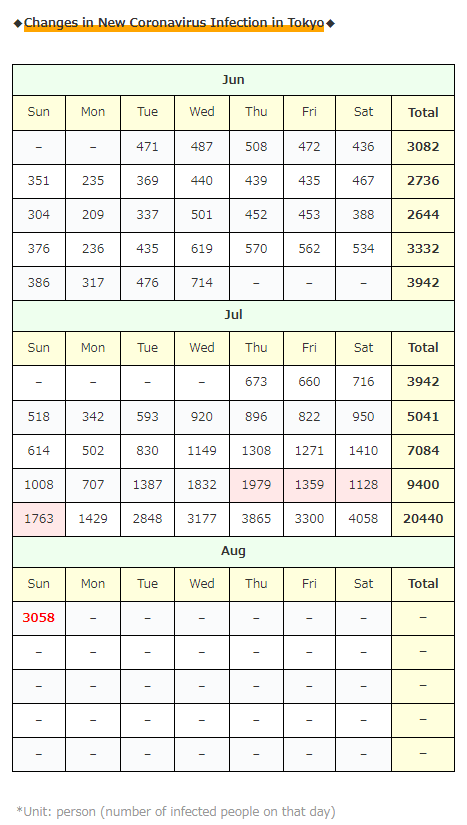 The number of infected people in Tokyo exceeds 3,000 even on Sundays …

The only hope is … “Last week’s infection super-explosion was the effect of the end of the holidays,” so I hope the number of infected people will calm down a little this week … 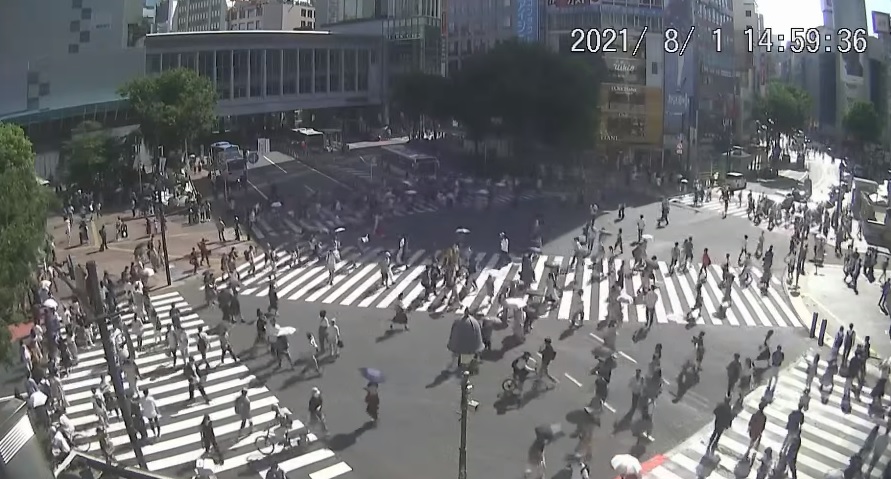 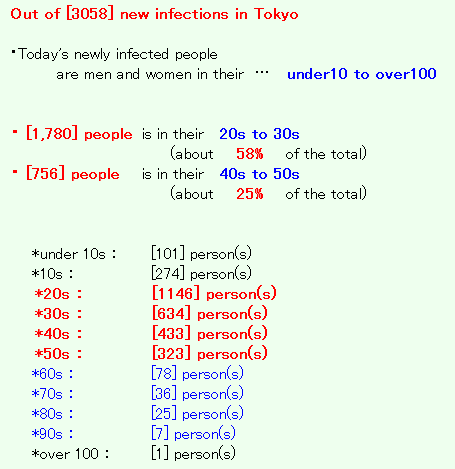 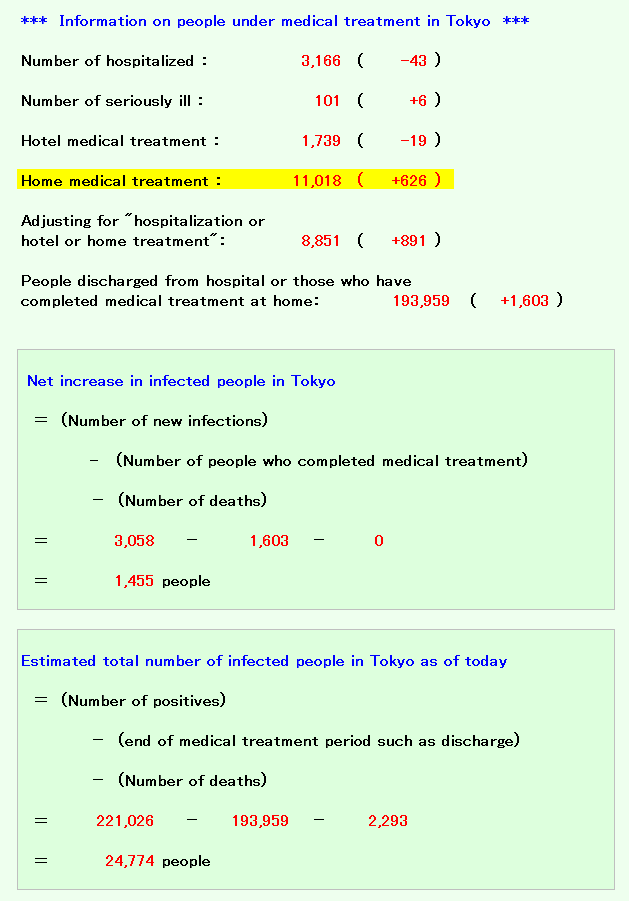 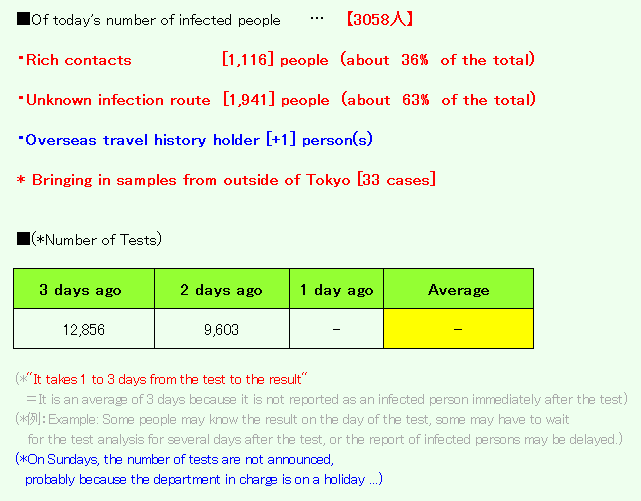 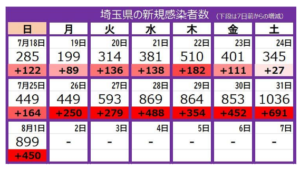 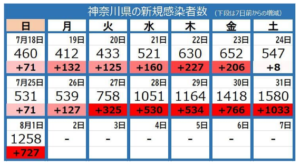 ・BBQ with 4 acquaintances
* All infected 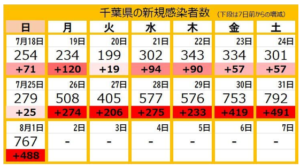 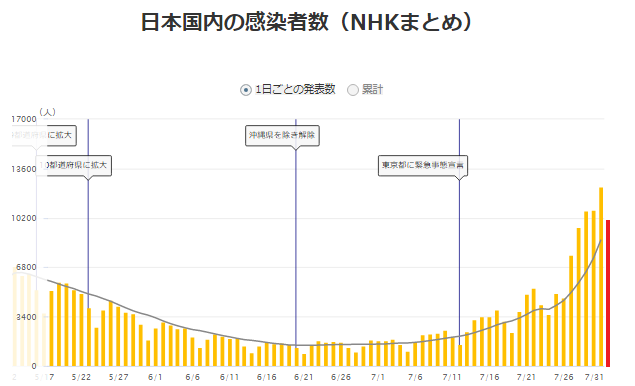 After all, it seems that some people involved in the Games went out without permission for sightseeing in the Olympic Village …

There are two players, including a Georgia men’s judo silver medalist (defeated by Hifumi Abe) … 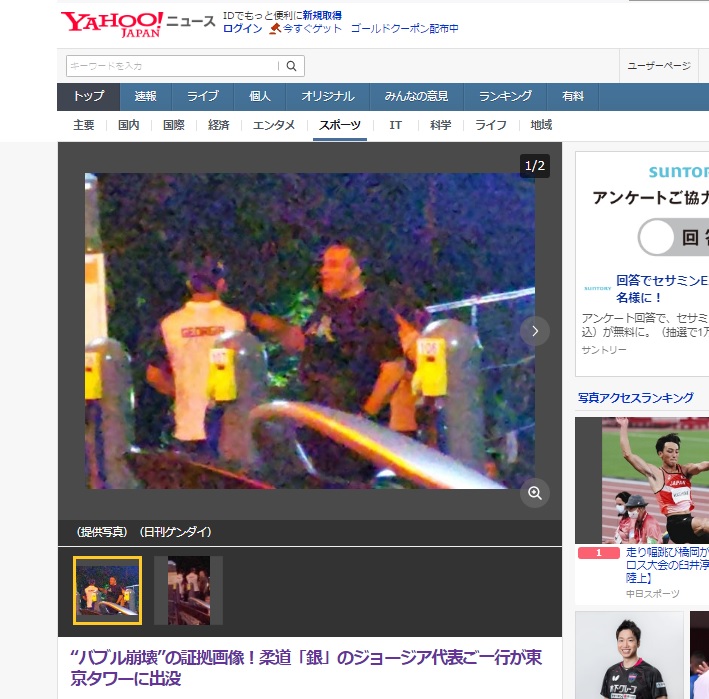 I wonder if they had already finished the competition and met with tourists or friends before returning…?
But now it’s no good …

Even so, the Japanese government is really useless …!
There was so much criticism about the Olympics, so it shouldn’t have happened like this …

Well … maybe that’s why the Japanese government doesn’t care so much about the infection situation …!

By the way, there was news about the number of people in the city of Tokyo on Friday, but

(*Comparison with 1 week ago except in Tokyo)

The number of people is increasing everywhere …!

By the way, there is also such data …

It seems that the vaccination rate for elderly people aged 65 and over who have “completed vaccination twice” nationwide is currently 74.53% …!

If there was a world line where only people over 65 could live, Japan’s COVID-19 would be over …!
(What kind of world line is it … lol)

By the way, in Tokyo, I made a graph on Twitter yesterday and introduced it, but 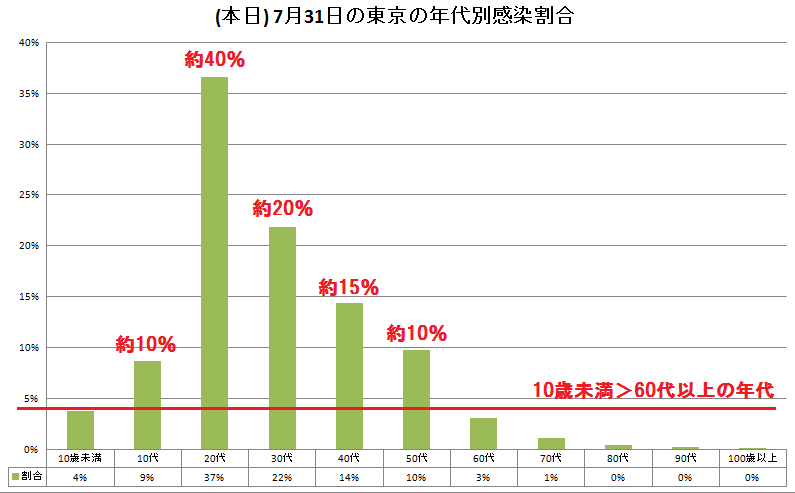 ↑it is true that the number of infections among elderly people in their 60s and above is terrifyingly small …! (Good meaning)

Neither the government nor the Tokyo Metropolitan Government are willing to take any measures…,
(Already in a state of being overwhelmed)

↑Tokyo Metropolitan Government executive “We are taking measures, but the momentum of Delta strains is stronger. Only vaccines have a solution.”

By the way, the last topic of today is such anxious data …

It’s quite interesting, so I’ll summarize it easily!
By the way, please see it as a “reference value”!
(*Because there may be bias such as survey area and age)
(*Also, because the numerical values ​​are different from the research data published in the medical journal)

＜Results of survey and analysis of vaccine effect by the Ministry of Health of Israel, the country with the most advanced vaccination in the world＞

↑ Although it is just “statistical data in Israel”, it seems to be the following situation in summary.
“The more time passes after vaccination, the less effective it becomes.”
“Although it is much more effective in preventing aggravation, it is not enough to be hospitalized, but when infected, about one in two people will have a rather painful symptom.”

So … in a general sense, is it about the same as influenza after vaccination?

Only after vaccination, it may become
× “Ordinary cold”
○”Ordinary influenza”

… Apparently, fireworks will be launched in several places in the city for about 5 minutes each to publish the recordings of fireworks on youtube and TV! 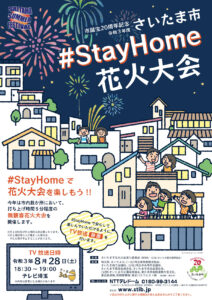 ↑↑ I made it bigger by clicking! lol

Personally, “sound” is also important for fireworks, so I wonder if they will make “sound” according to the broadcast time … lol