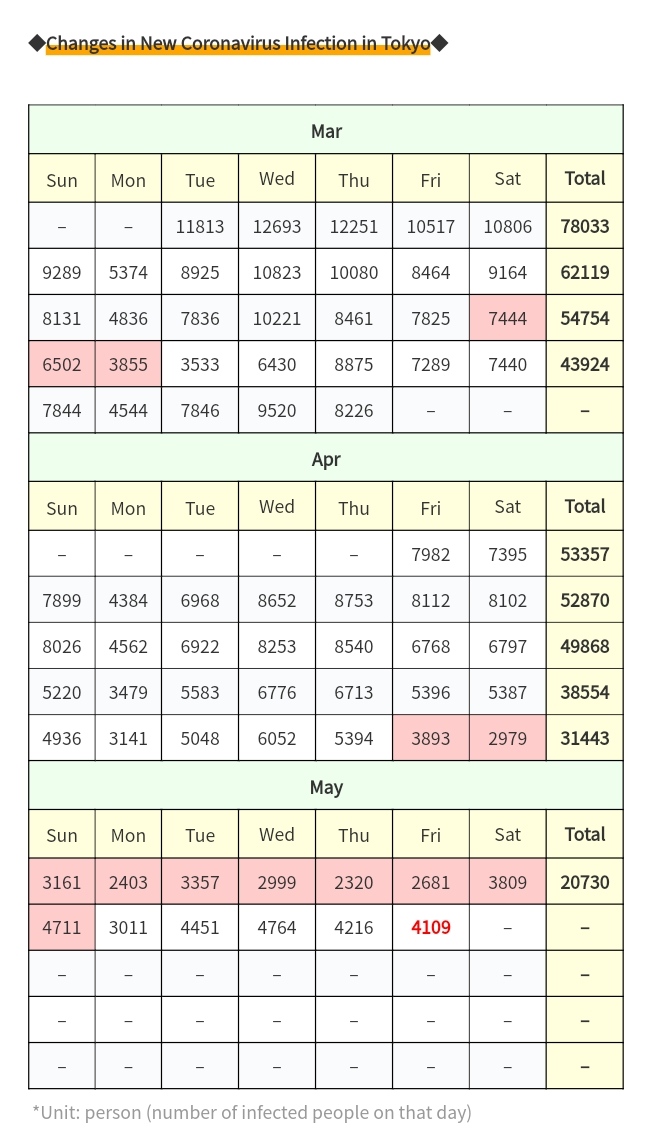 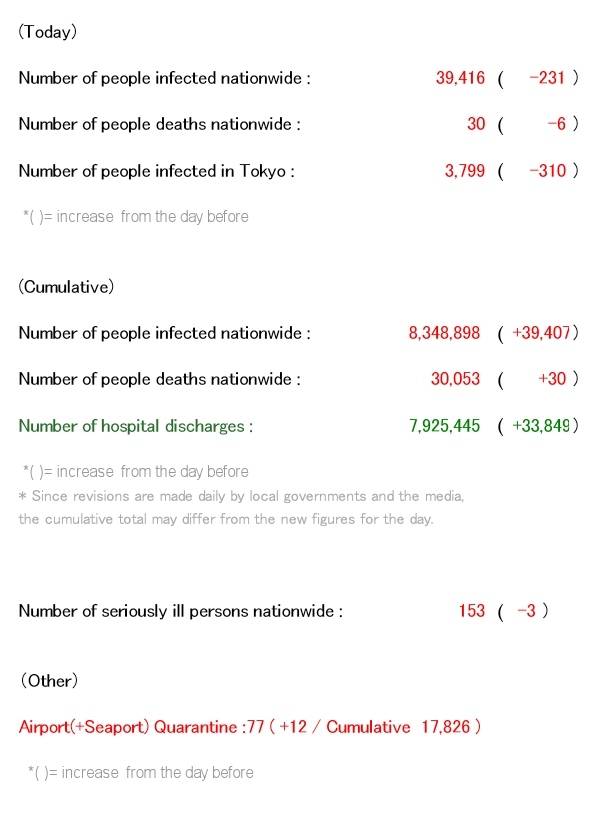 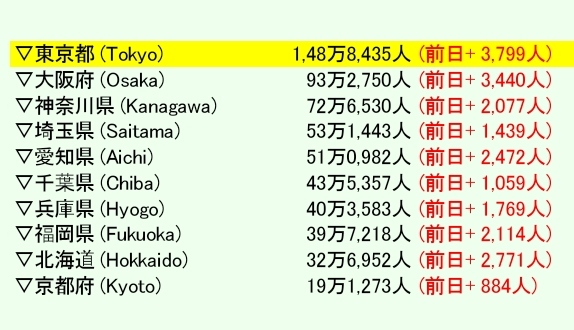 The number of infected people in Tokyo is…
Every day this week, the numbers were around 4000!

Will it not increase, or will it increase from here … 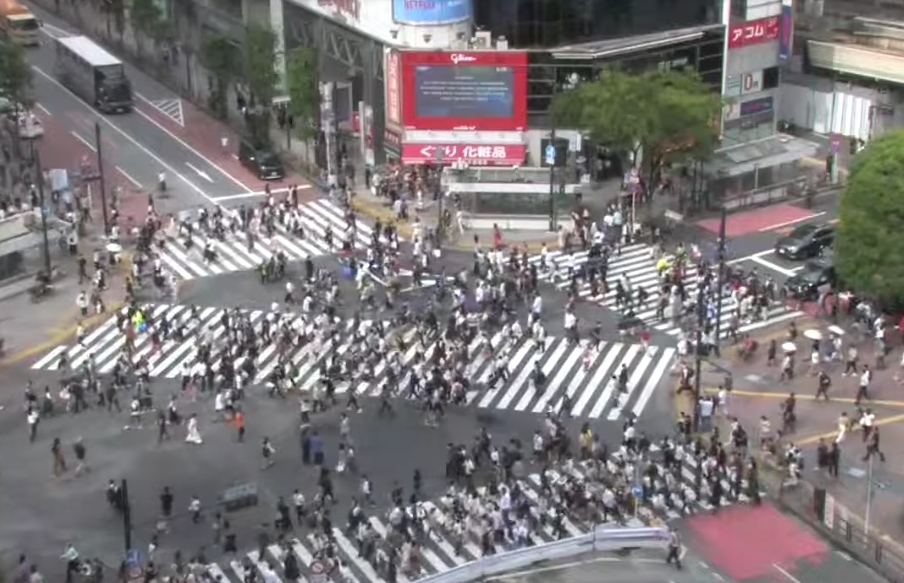 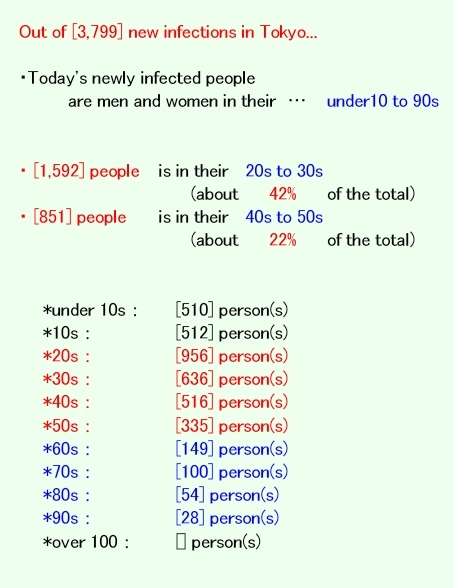 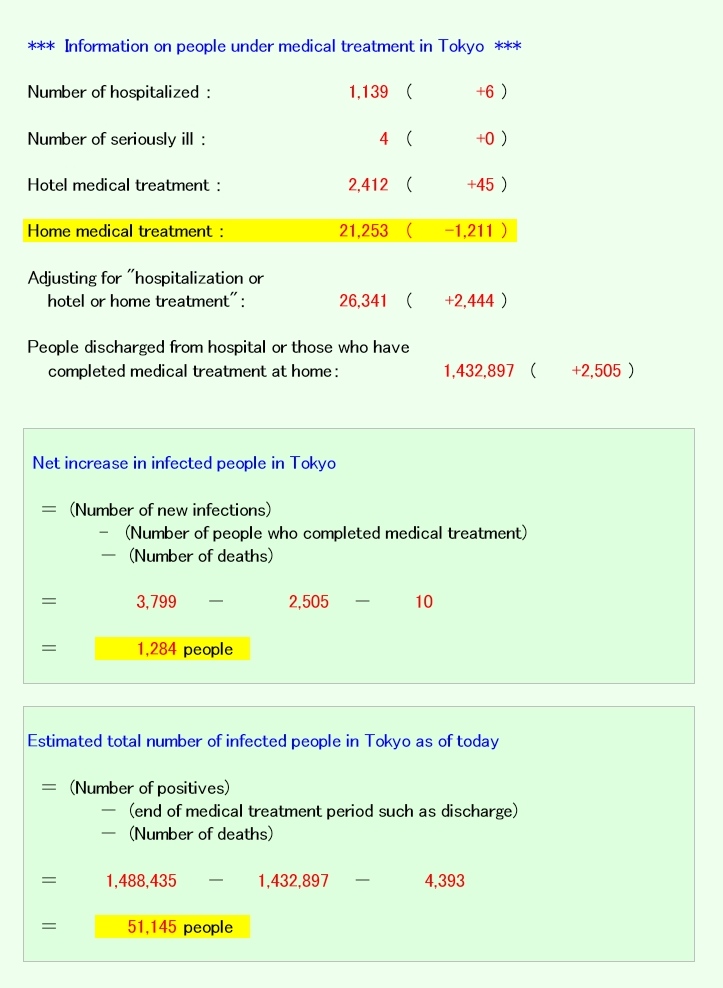 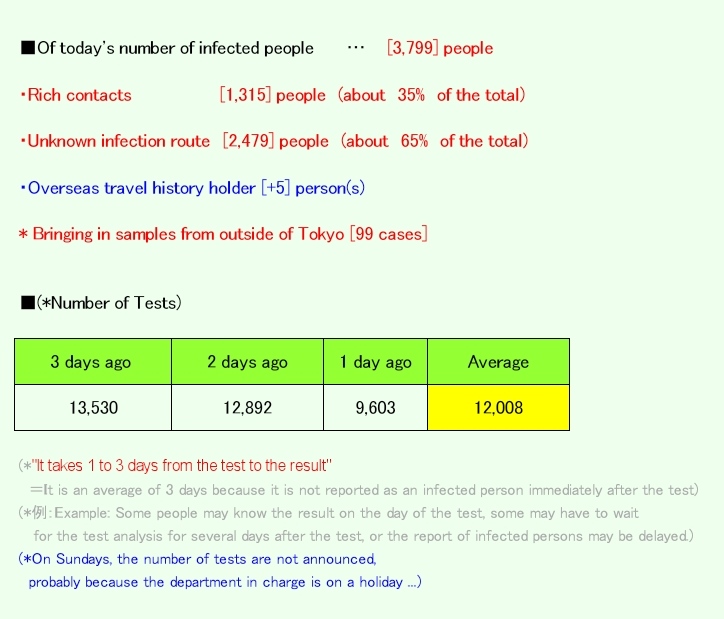 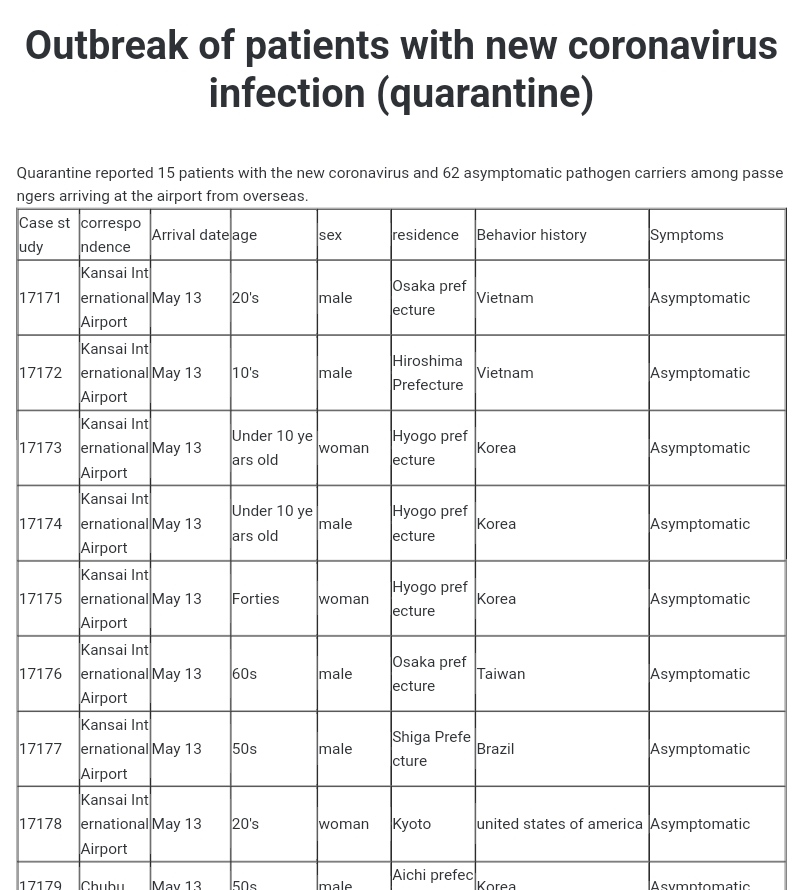 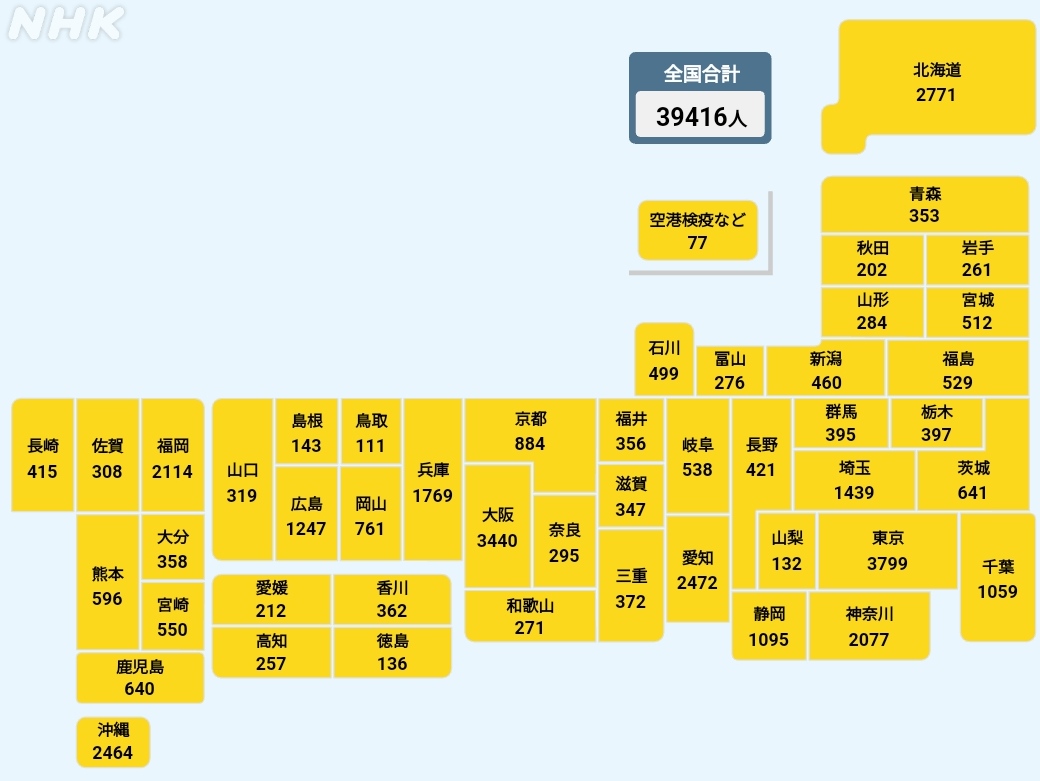 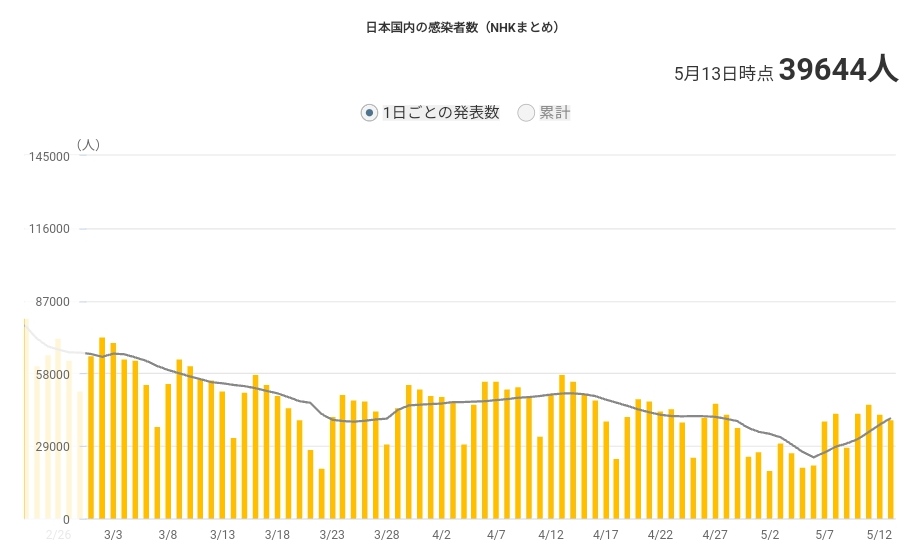 It has been reported that “the number of infected people has increased from the previous week in almost all prefectures!”, but …

… Last week was the middle of Golden Week… So it’s too natural that this week’s numbers are higher than last week. (dry laugh)

However, there are some areas that are worrisome even with that in mind. Especially Okinawa and Hokkaido … 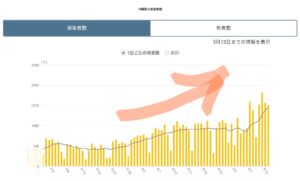 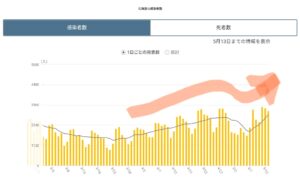 As you can see, the infection is completely spreading, and the number of people in Hokkaido is in the 3000s, which is comparable to that of Tokyo and Osaka …

I’m very worried about them, but why did this happen …? Okinawa … Hokkaido … Sightseeing spots … GW … Oh, I see, I completely understood … (dry laugh)

And although it is a new coronavirus vaccine that was effective only in the sense of “preventing aggravation”,
(It was not effective in preventing the spread of infection)

By the way,
about 30% of the people who had a fever of 38 ° C or higher due to the side effects of the third vaccination were Moderna and about 20% of Pfizer.

…This is too high a percentage …

However, thanks to that, the number of “people who are considered to be seriously ill by the government” has decreased, and even if tens of thousands of patients occur every day in Japan, we can act freely without COVID-19 measures, so we thank the government. I have to! (Irony) 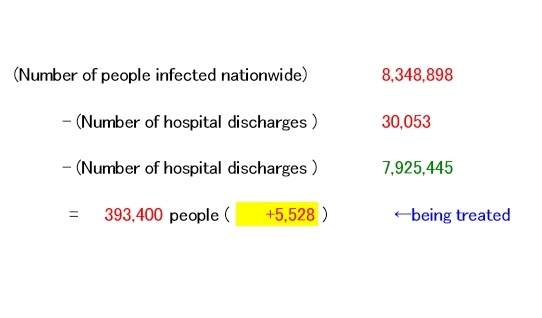 By the way, the established facts are being made before I knew it, but … 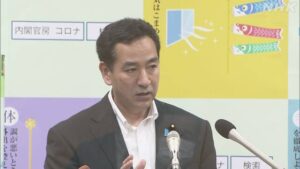 Yamagiwa COVID-19 Minister in charge of countermeasures
“As I’ve said many times, I want to let everyone know that it’s okay to remove your mask if you can get enough distance from people outdoors.”

Some people say this, and as a result, there are quite a few people with their masks off, even on the train or outdoors with a lot of traffic, and they pass each other by the distance between their shoulders, or there are people without masks in the same (sealed) train …

To tell you the truth, it’s really annoying, so I want them to stop doing that.

Let’s be really careful not to infect from them unexpectedly …!