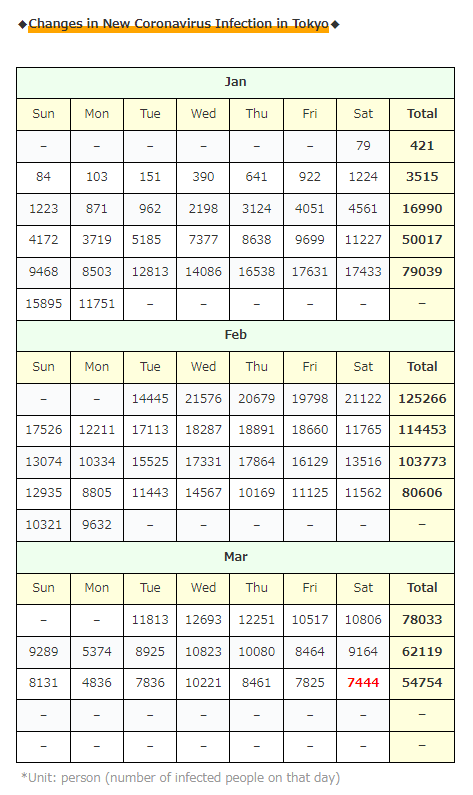 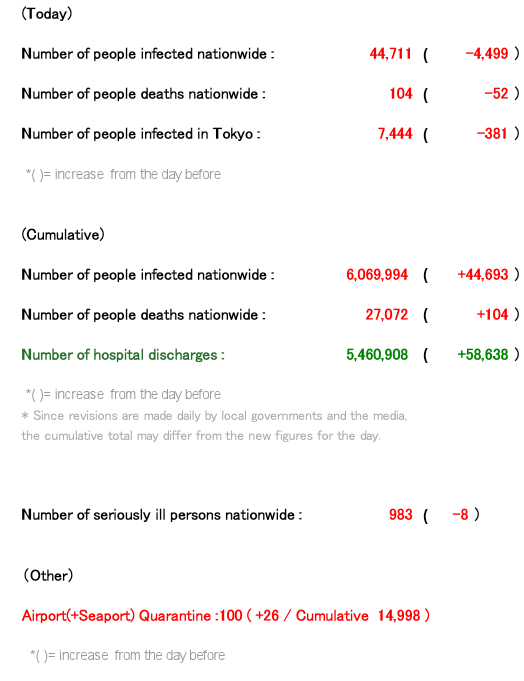 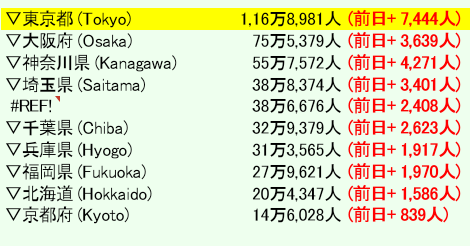 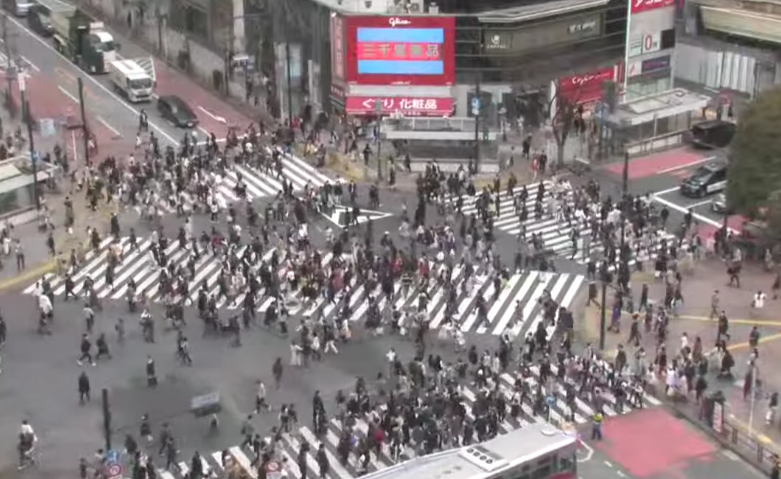 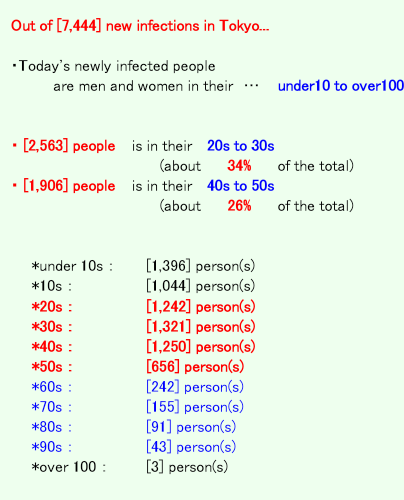 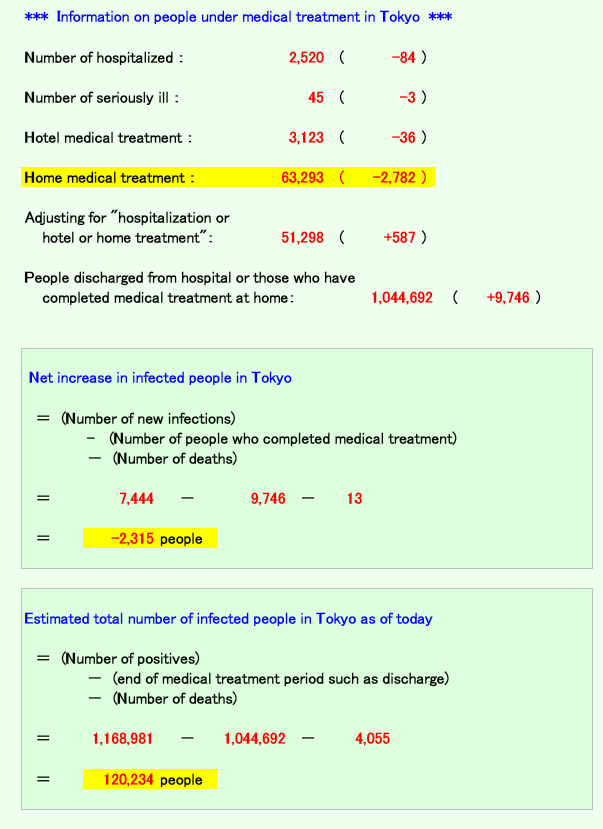 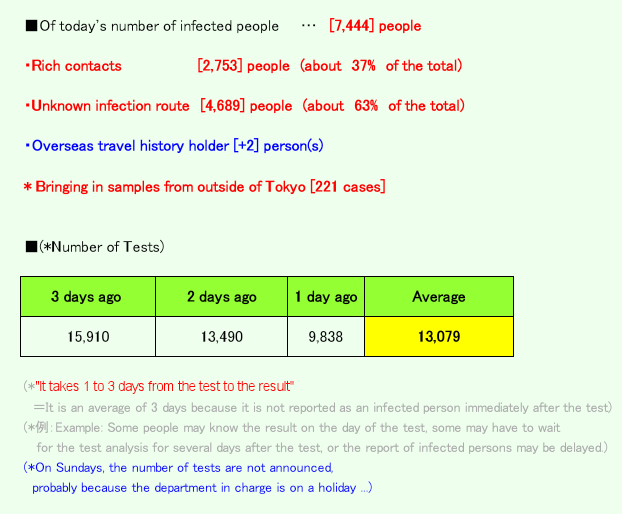 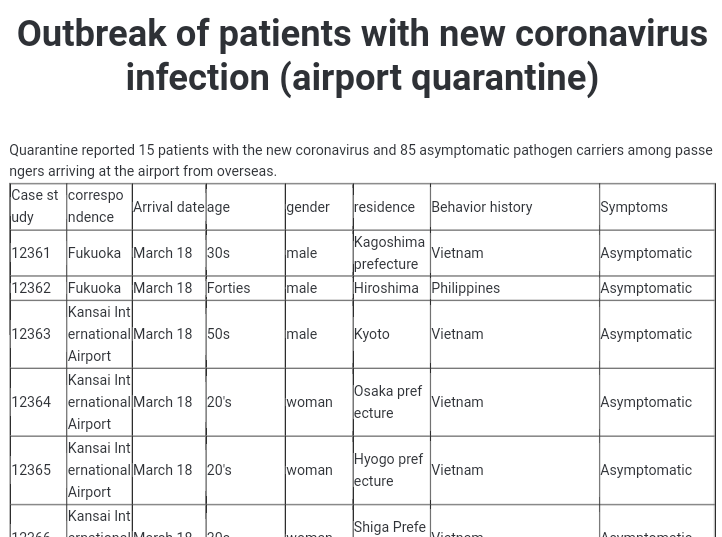 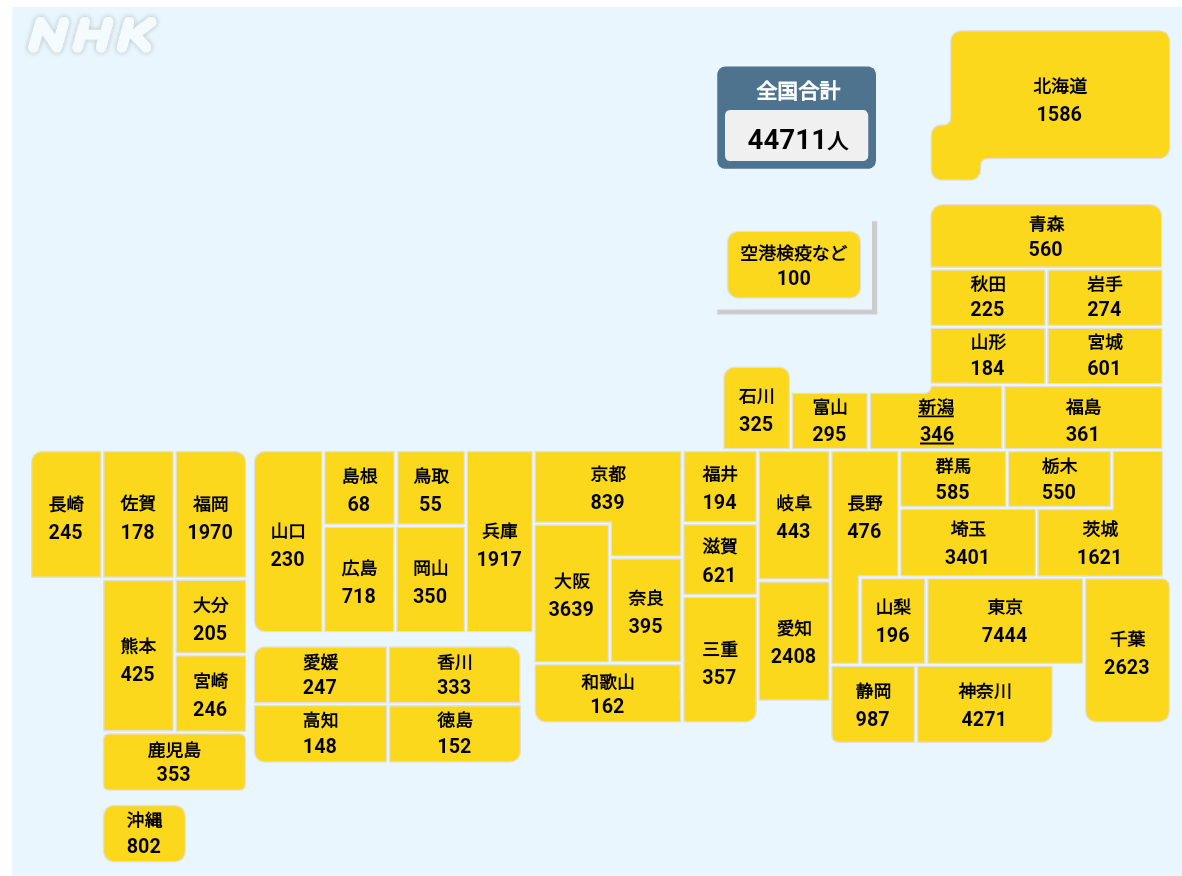 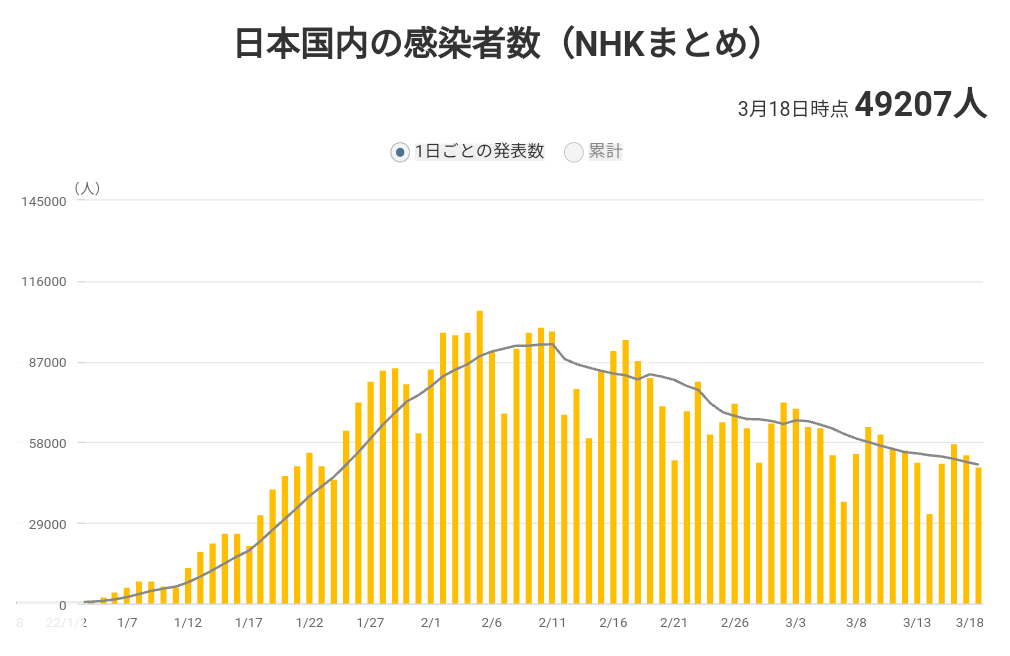 It was decided this week to completely cancel the “priority measures such as spread prevention”, but of course this is not only the decision of the Japanese government but also the result of the governors of each prefecture saying “I don’t need it anymore” …! 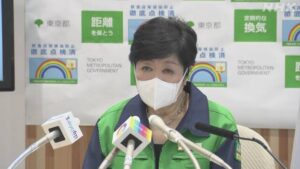 “The measures will be lifted, but the virus has not disappeared.”

↑Despite of such a situation, is it really the state where it can be released …?
After all, it seems that the infection has spread forever …

Really, the government only has to completely reduce it once and reset it …

Under such circumstances, yesterday in this summary article, I summarized “Is the infection really calming down?”, but…

(From the summary article on March 18) 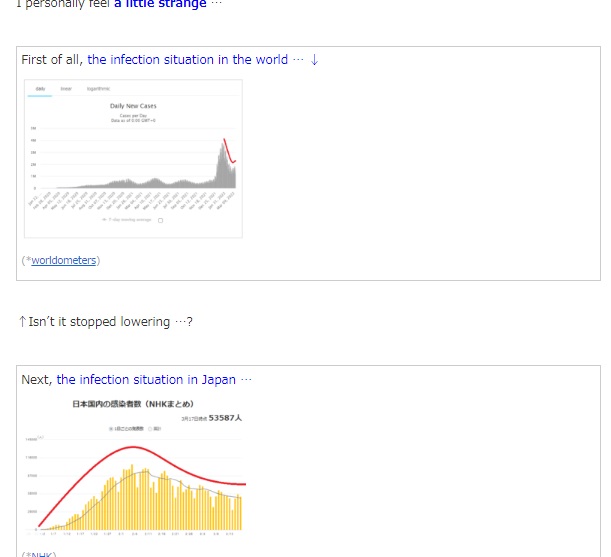 each news site is gradually picking up “Infection situation in Japan where the decrease is slow”…!

NHK used a graph like this to express the slowness of decline. ↓

(Changes in the number of infected people in Japan) 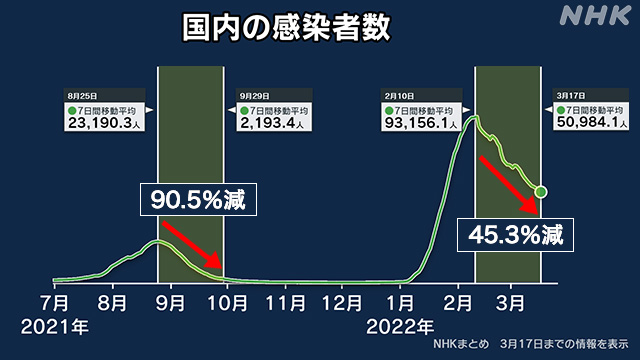 By the way, it seems that the expert meeting of the Ministry of Health, Labor and Welfare
(←It has a reputation that I personally do not understand the meaning of its existence lol)
analyzes this “slowness of decrease” as ↓!

＜Analysis of expert meetings of the Ministry of Health, Labor and Welfare＞

… But in reality,
(Including when I didn’t even get the vaccine)
not only the 5th wave, but all the 1st to 5th waves so far, the infection has almost completely decreased in one month from the peak,
so vaccination is irrelevant, isn’t it? ??

The analysis is messed up and this meeting really doesn’t make sense. .. ..

By the way, when it comes to analysis, NHK is far more effective than the Ministry of Health, Labor and Welfare subcommittee, the government subcommittee, and the monitoring conference in Tokyo!
NHK is quite capable of analysis! lol

Rather, NHK is quite capable of analysis!

NHK independently compares the number of infected people in each prefecture with the previous week and this week to find out if the infection is spreading!

*1 times or more = increase from the previous week = increasing trend

The characteristic is that “until now, the tendency of infection in large cities and rural areas is linked (same movement)”, but this time, “there are many places where infection spread signs are issued only in rural areas“…

It seems that the Japanese government has left the spread of the infection too much, making it easy for the virus to spread everywhere …

Speaking of COVID-19 related …
It seems that 530,000 pieces of “Abenomask” cannot be found in stock … (dry laugh)
(*”Abenomask” =The mask used in the ridiculous policy that the Japanese government distributed two per person) 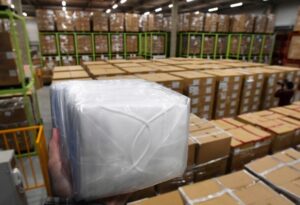 In the comment section, there were a lot of voices saying
“Isn’t someone embezzling?”, but we think
“Is it really delivered to the government in the first place …?”, right?
(dry laugh)

Originally, this policy contains a lot of suspicious companies and suspicious trading companies,
so it seems that masks are not even delivered and only money may be delivered to someone’s pocket …