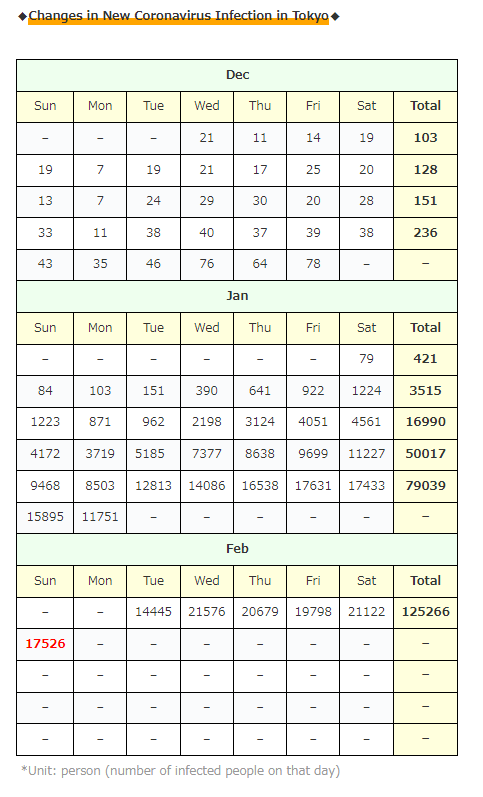 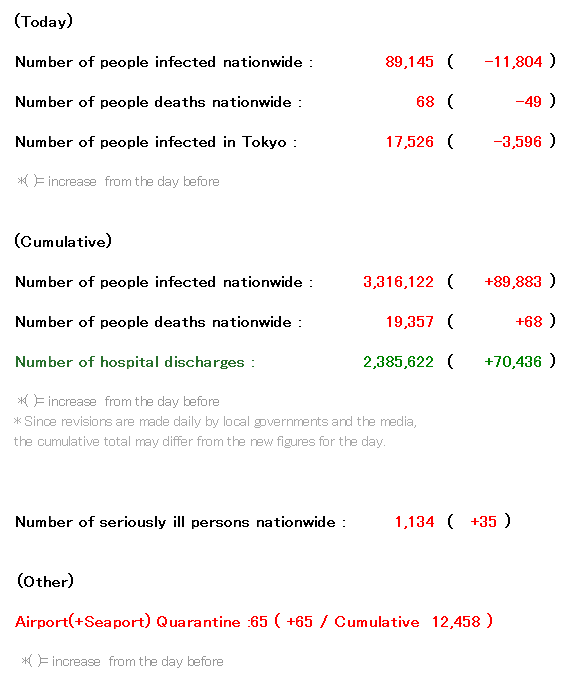 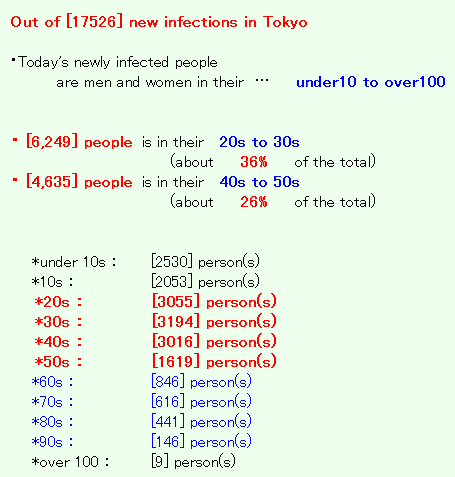 ・ There are [526 patients] who are close contacts and have symptoms and are diagnosed with infection without PCRtest at the doctor’s discretion. 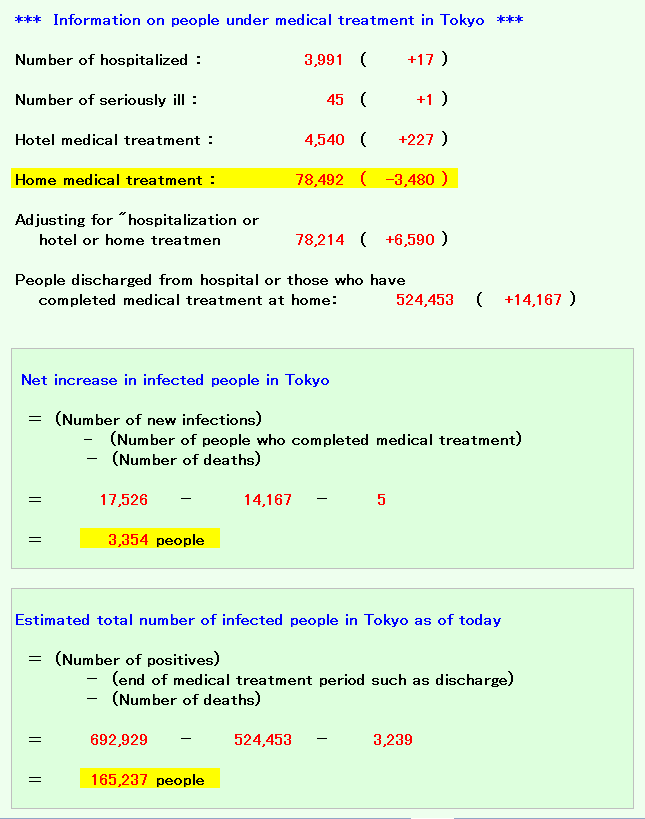 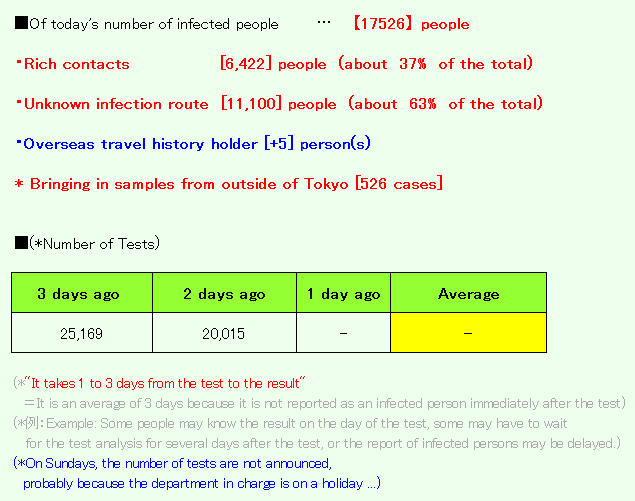 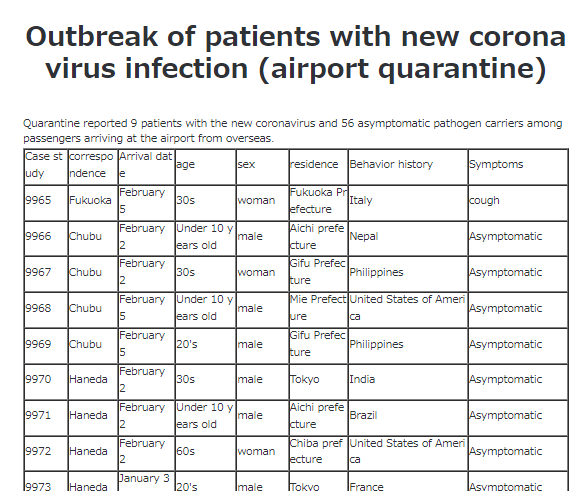 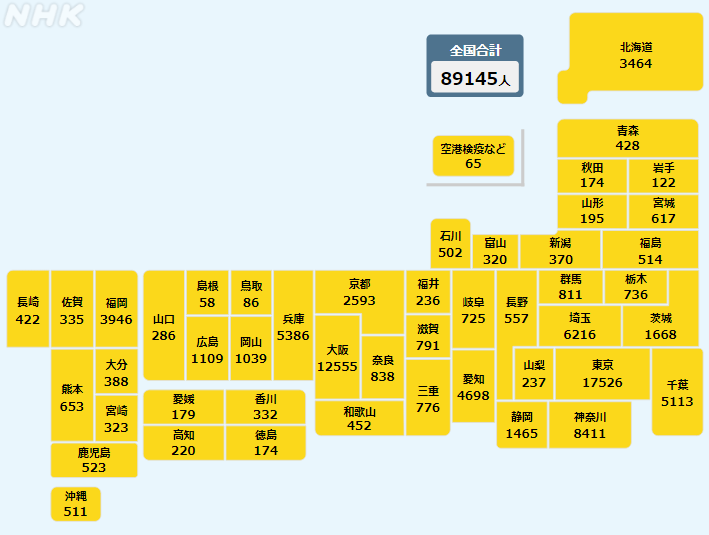 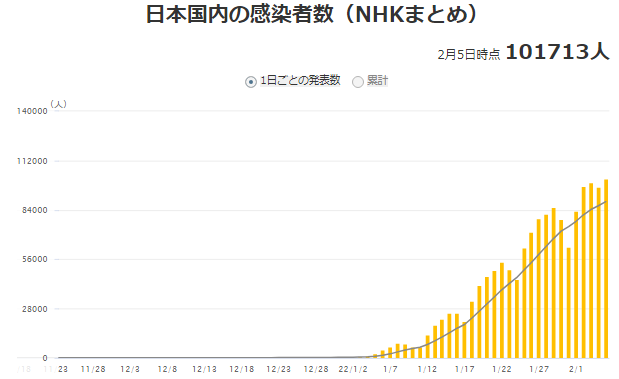 Overseas, the situation continues to be difficult, with the president being infected as usual …

Even in Japan, the number of newly infected people exceeded 100,000 for the first time yesterday, and the situation like “Is it okay in such a bad Japan?” continues … 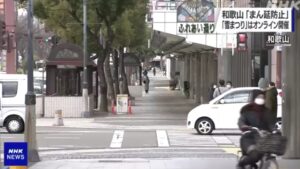 The period is from yesterday’s February 5th to February 27th …!

I wonder how long it will last …

In Tokyo, until now,
“Monday is the least number of newly infected people”
“The number of newly infected people will increase suddenly around Wednesday or Thursday, and similar numbers will continue until around Saturday.”
“Slightly calm on Sunday”
↑ This was a week’s flow, but these days it’s like this ↓
“The number is the lowest on Monday, and it keeps increasing from there until Sunday.” 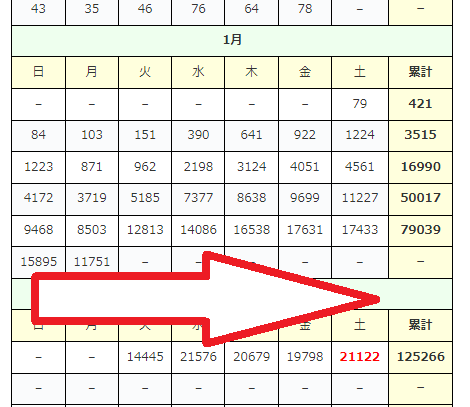 In the same way, until now, the three prefectures of Kanagawa, Saitama, and Chiba had been in the same transition, but in this sixth wave, the transition is quite different …! 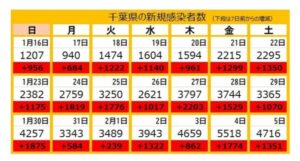 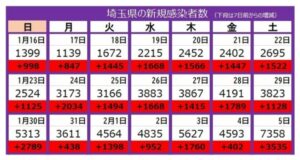 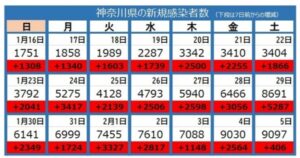 It’s hard to see at first glance, but for example, yesterday it looks like this ↓

It feels like it’s going up or down on the line far above the limit because it’s gone through the limit rather than extending it.

Please protect yourself by yourself …!