20(-5 from the day before) new infections confirmed in Tokyo. 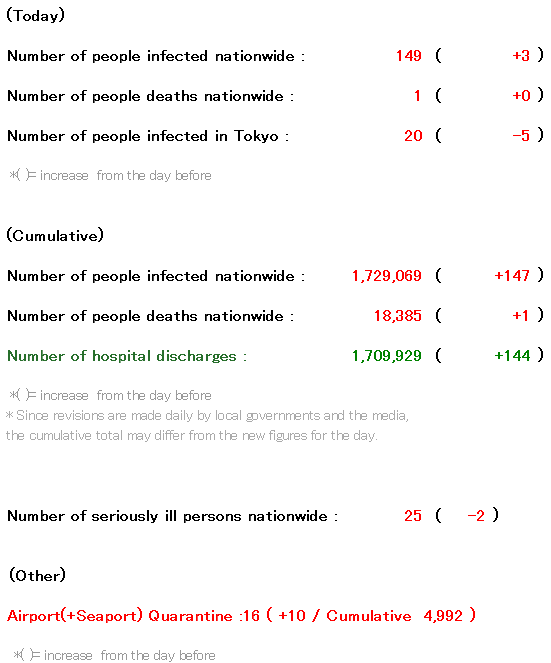 The number of infected people in Tokyo is… Only [1], but today it is “increasing” from last week …
The total for this week is also higher than last week …

However, the level is still low … but the year-end and New Year holidays are near, and I’m a little worried … 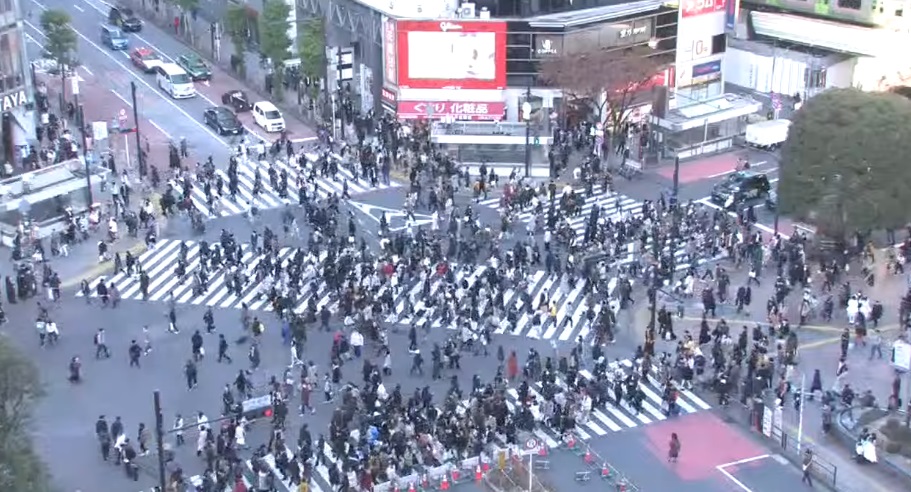 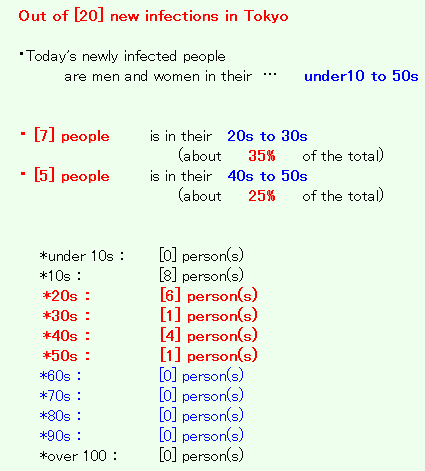 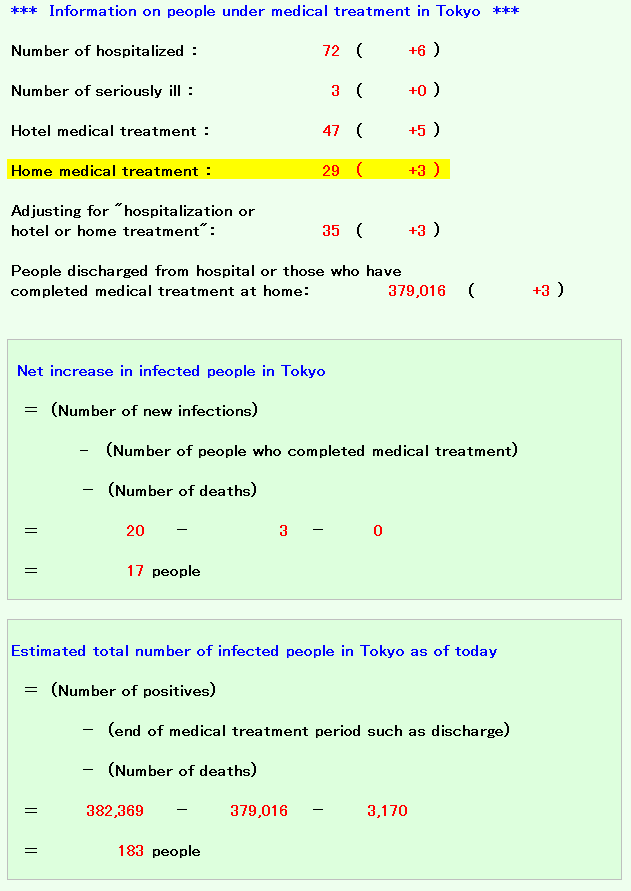 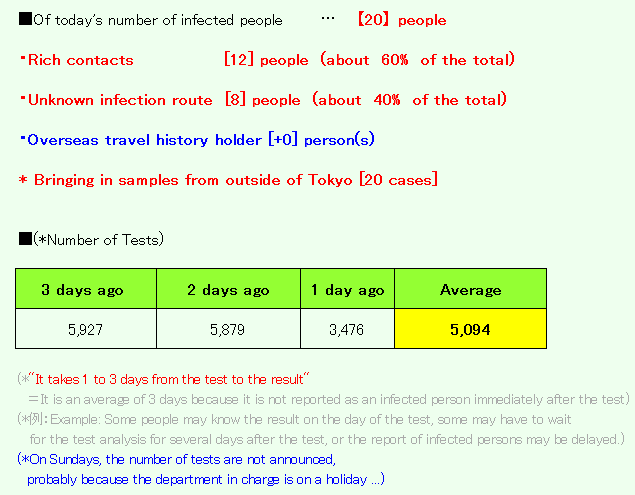 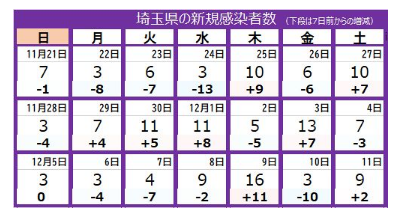 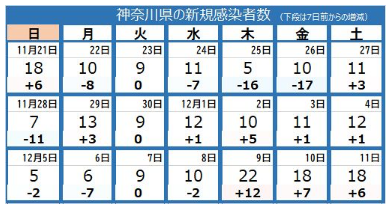 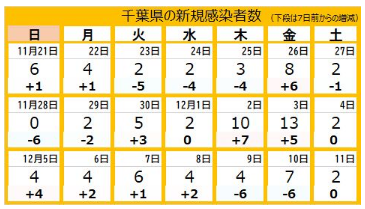 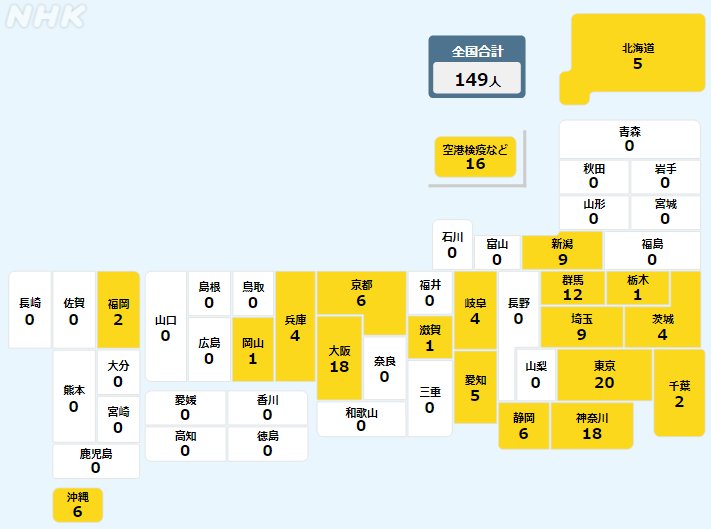 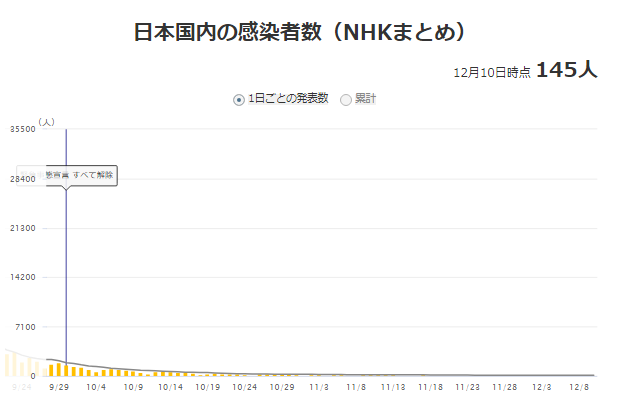 There wasn’t much news about COVID-19 today, but there was one big topic …!

As you may already know, eight people infected with the Omicron strain were confirmed to be infected at once yesterday …
(*Information is increasing day by day, and as of the evening of the 11th today, there are 5 more people …)

・Two close contacts of Namibian diplomats
(*It’s like his family because it’s a boy under 10 years old and a woman in her 30s.)
・A man in his 40s who has a history of staying in the United States (entered Japan on December 5)
・Five men in their 30s to 60s who have stayed in Mozambique, the United States, Congo, etc.
(Entering Japan from December 6 to 7, Haneda Airport)

And as a result of economic groups and politicians rebelling against that policy, it seems that Japan is still importing more and more Omicron stocks because it has “unsuspended new flight reservations to Japan” …

Furthermore, (as I mentioned the other day), the Ministry of Health, Labor and Welfare also said this time that “all 470 people who were on the same plane were certified as close contacts”, but the Japanese government have said so far that “Since the air conditioning and ventilation inside the airplane is good, there is no problem for other passengers even if an infected person occurs on the airplane.”, but the fact that “all of them have been certified as close contacts” makes it clear that “the Japanese government has been lying”.

For example, this Thursday’s data (December 9th) … ↓
(* On December 4, the Government of Japan canceled the suspension of new reservations for flights to Japan that had been suspended.)

↑There are too many infected people … 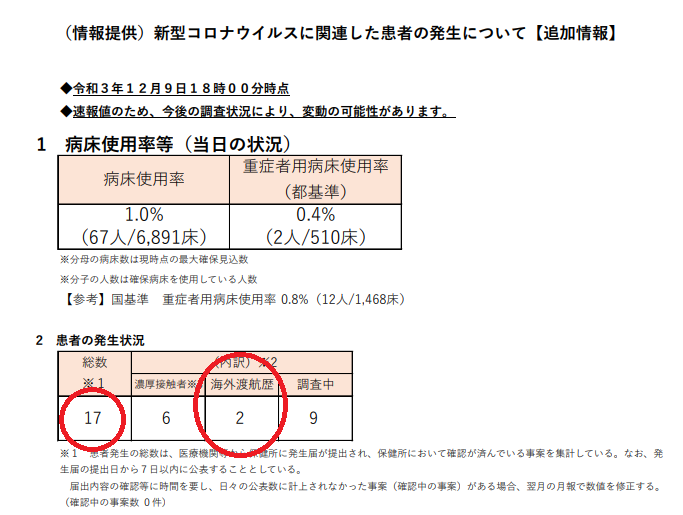 ↑Of the only 17 infected people, but 2 have overseas travel history …

In order to completely eliminate COVID-19 and completely regain daily life (There is no need to wear a mask, and overseas travelers can enter the country without hesitation) , if we do not take proper measures at such “time to take measures”, it will not be solved forever.

According to a Japanese airline, “Overseas flights have been canceled a little, but domestic flight demand is super GOOD!”(*NHK) 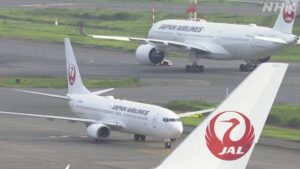 In Japan itself, the infection is still calm, so the movement of people is completely “everyday before COVID－19 disaster”.

Now, I think it’s time to make sure that the final closing of this COVID-19 disaster is to see if the infection spreads during the New Year holidays, but after all, neither the Japanese government nor economic organizations (and also “The people”?) seems not to be able to wait until then.

As a side note…

Of the 43 people who have been confirmed to be infected with the Omicron strain in the United States, about 80% (34 people) have been vaccinated, and furthermore, nearly half of them, 14 of them, have already been vaccinated for the third time …

…? There is a hypothesis that the third vaccination is meaningless …?

It is O.K. if the goal of this COVID-19 disaster resolution was “Like influenza, even if infected, it is only mild and does not become severe”, but the variants are definitely worse than influenza, and also the symptoms are worse.
So after all it is the most important not to increase the infection so as not to mutate …

If the hypothesis that “the third vaccination is not so meaningful for the Omicron strain” is true, I wonder if it will be “the disease that must be vaccinated once every six months or a year” like influenza …?