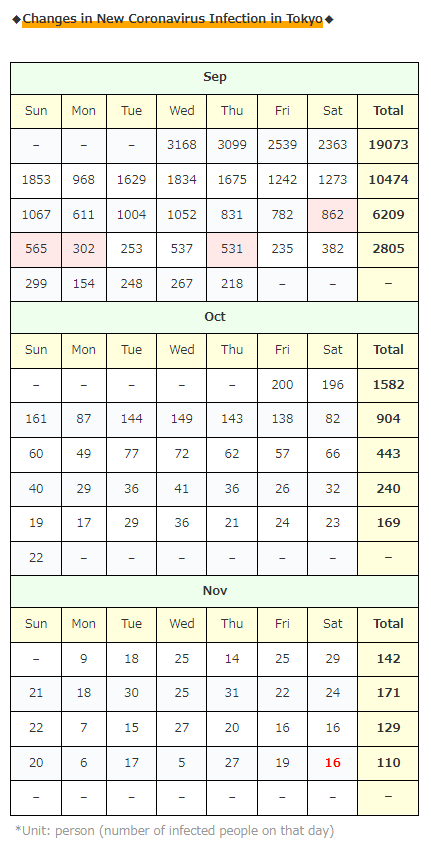 16(-3 from the day before) new infections confirmed in Tokyo. 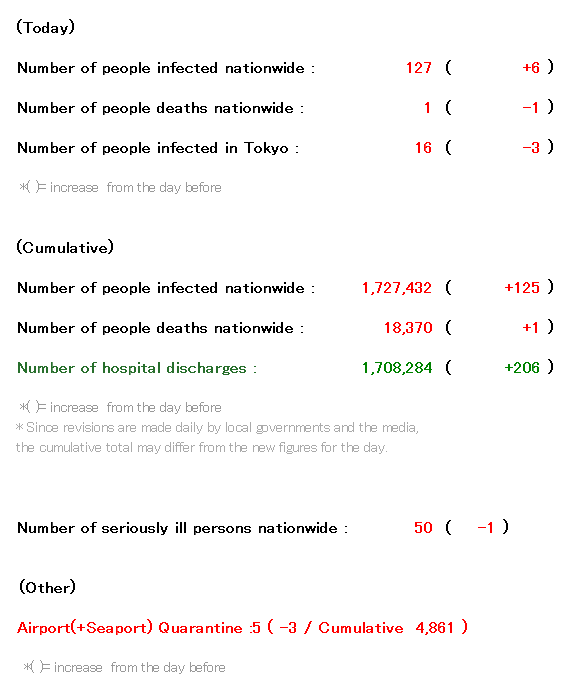 The number of infected people in Tokyo is … the same number as last week!

Today I’m summarizing “The world is in turmoil due to the spread of infection” in the topic below, but it seems that Japan is “still” safe …! 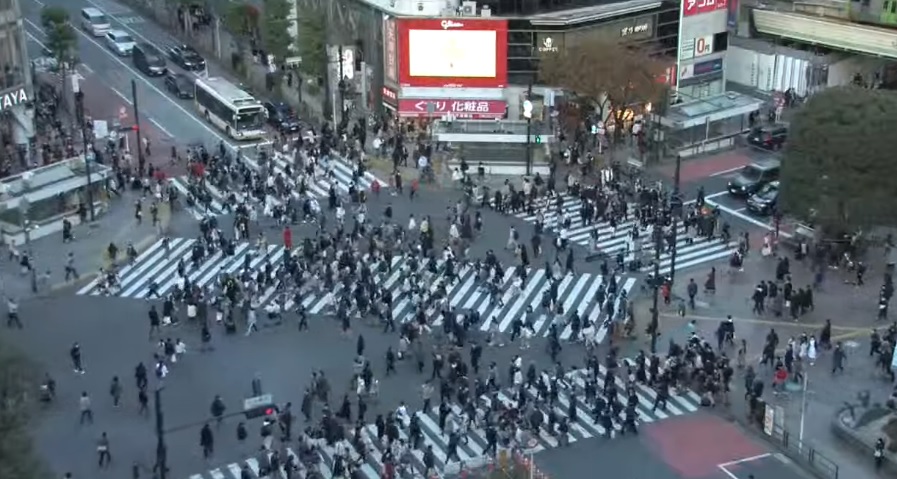 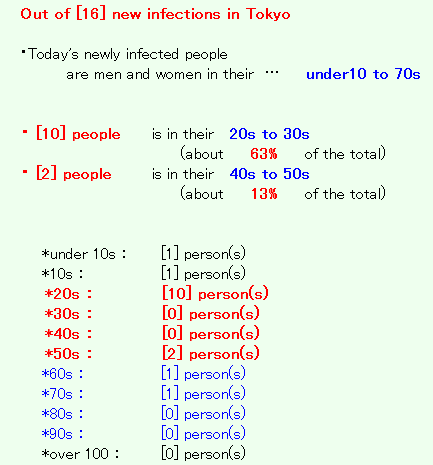 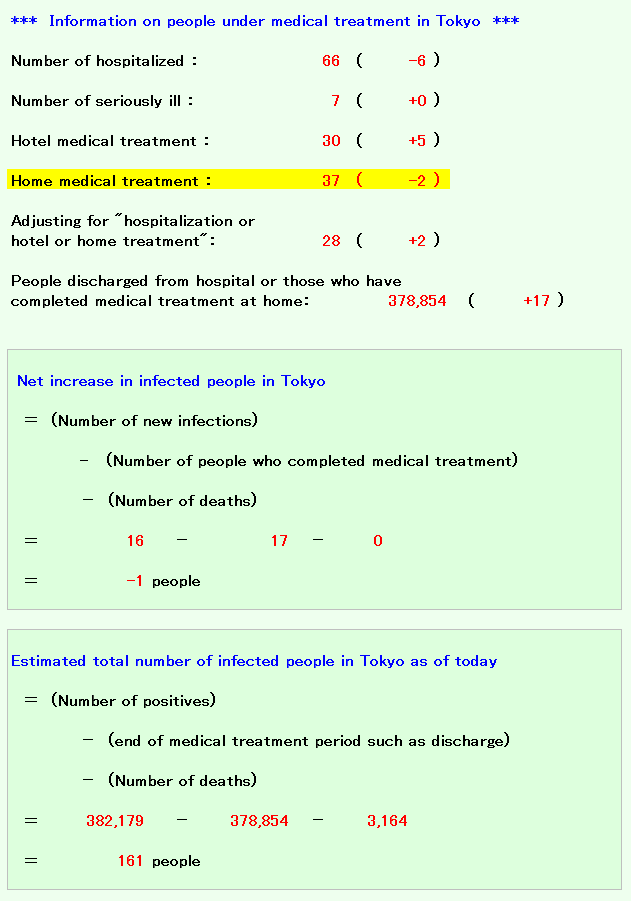 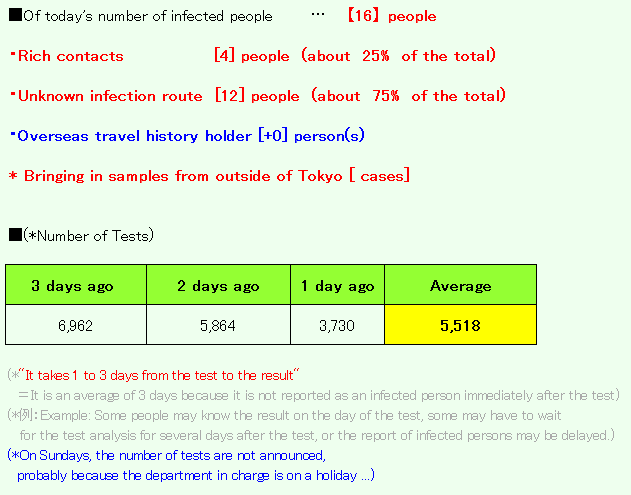 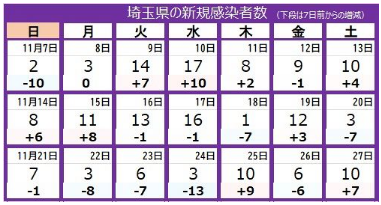 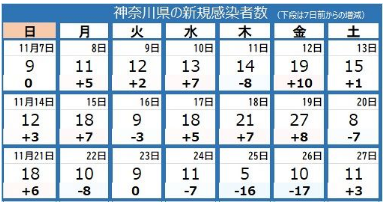 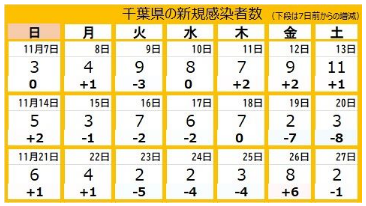 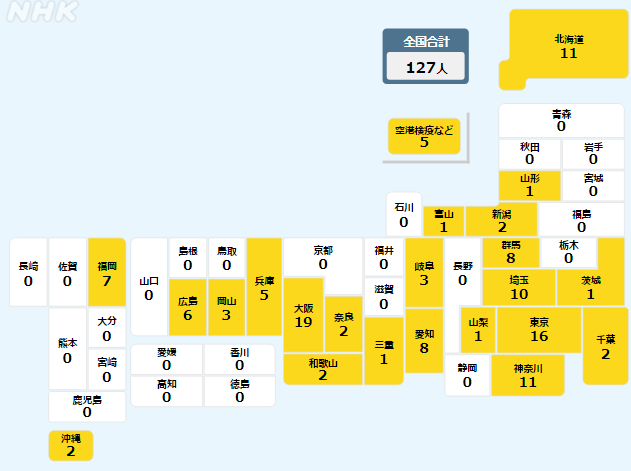 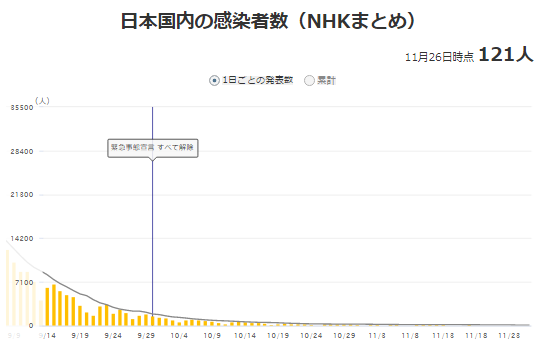 The name of the new variant strain is “Omicron strain” … 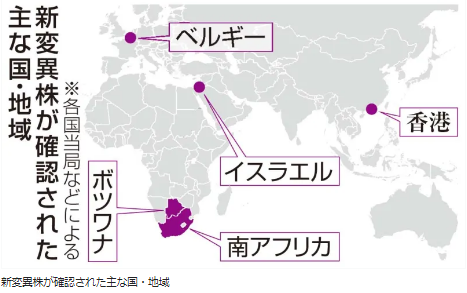 Well, as far as you can see the map, it’s already spread all over the world, isn’t it?

This “Omicron strain” seems to be on the same level of global caution as the “Delta strain”.
(*Designated as “Variant of Concern (VOC)”)

It is a trend to restrict travel from countries where this variant strain was discovered in various countries around the world, but Japan has strengthened its border measures, and it seems that immigrants from the following six countries have taken measures to stay at accommodations designated by the country for 10 days.

“(This time) quarantine for 10 days after entering South Africa and its surroundings.”
→ “Omicron strain” in Japan is “○○”

…The result is too easy to predict (cry)
Since it is not possible to prevent the Japanese government from entering the variant strain, I just hope that the infection itself will not spread worldwide like the “Lambda strain” …!
(*Lambda stock = variant stain from South America that became a hot topic in Japan at the time of the Olympics)

Pfizer
“If the conventional vaccine does not work for Omicron strains, we will make and supply the corresponding vaccine within 100 days!”

Even in New York, USA, a state of emergency is declared, and
(*米NY州、コロナ非常事態宣言 不急の医療行為制限 – Yahoo!)

Even Portugal, which has the highest vaccination rate in the world, requires a negative proof for everyone who enters the country by air, so
(*ポルトガル 航空機で入国に陰性証明義務づけ 航空会社に罰金も – NHK)

…the world has been upset, but Japanese people are still in a carefree atmosphere …

By the way, last year from the end of November to the beginning of the year, it became a “nightmare year-end and New Year infection super-expansion”, but what will happen this year …

Today, I have summarized that “the world is in turmoil due to the spread of infection”, but at that time in Japan … 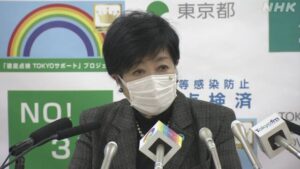 Governor of Tokyo Koike
“We will steadily prepare for the sixth wave!”

↑ What the woman actually did as a preparation … ↓
①Create a meaningless Tokyo-specific standard “Stage 2.5”
②Free PCR test if there is a sign that the infection will spread

At the time when the PCR test is needed, the situation is that the infection has already spread, and the only countermeasure when it actually spreads is to increase the number of beds …

By the way, regarding “third vaccination”, which is Japan’s only hope for prevent the spread of infection …

At the current “second vaccination venue”, despite the fact that “there is too much vaccine left to fill the reservation” …

Well … Thanks to the Japanese government, it seems that the soil where the infection spreads to whole Japan  is in place.
What will happen during the year-end and New Year holidays …