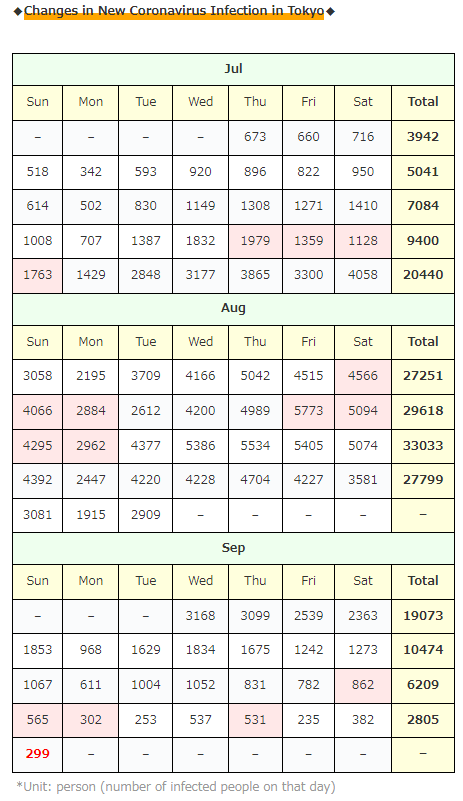 299(-83 from the day before) new infections confirmed in Tokyo. 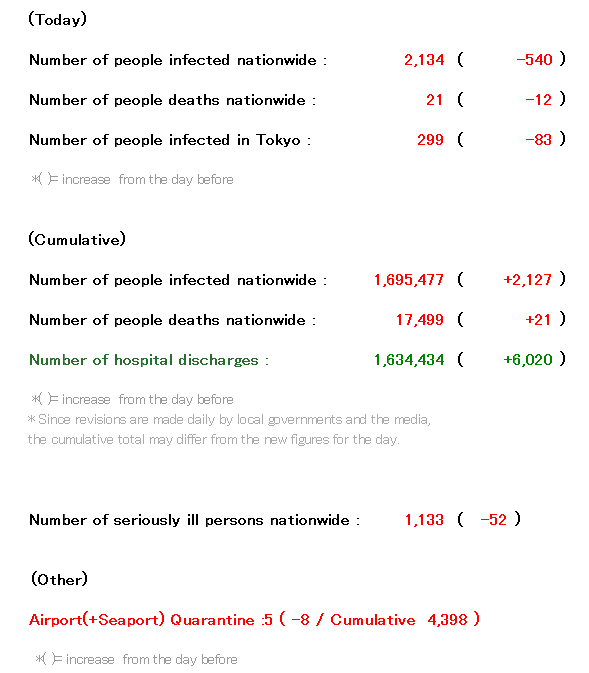 The number of infected people in Tokyo is unusually low every day because the number of tests is small due to the influence of Silver Week Holidays last week, but even so, around 300 people are wandering around …

I hope this isn’t the “bottom number” … 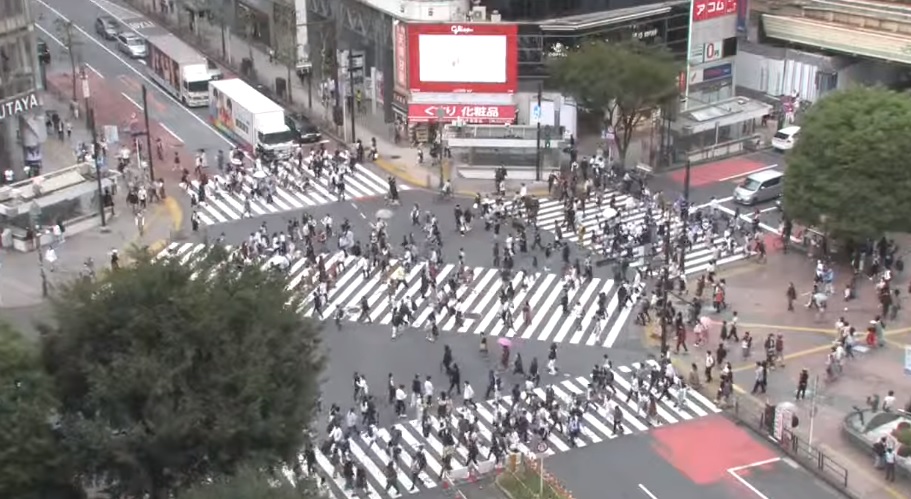 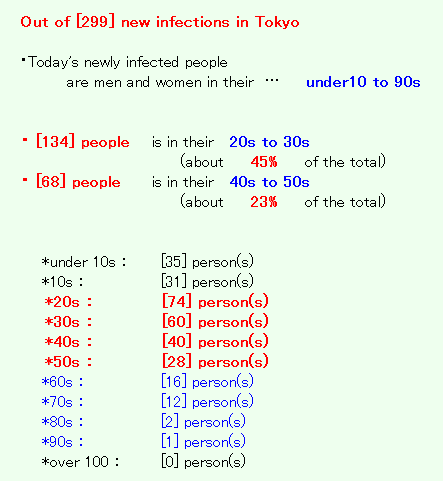 ・ Of the 11 people who were announced dead due to COVID-19 in Tokyo today, men in their 80s and women in their 90s were vaccinated twice. 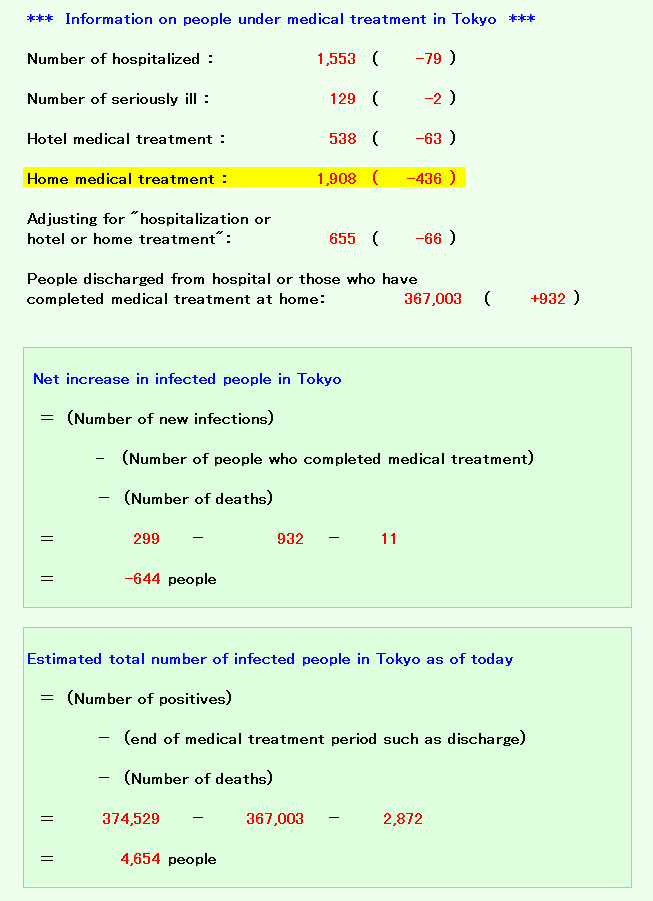 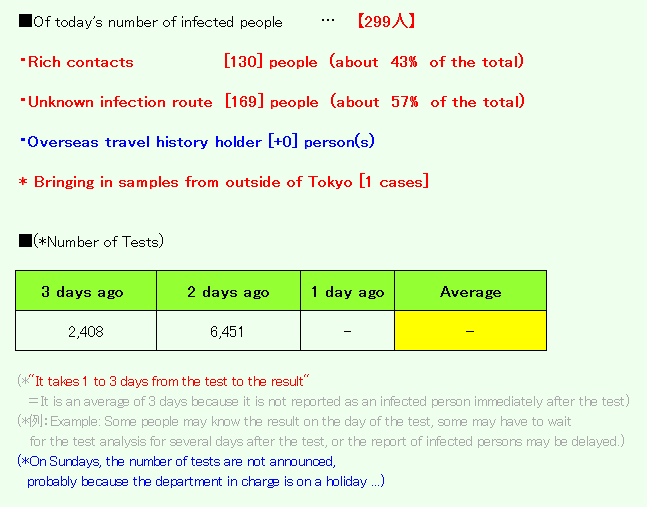 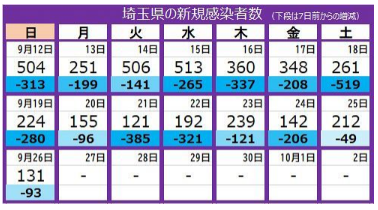 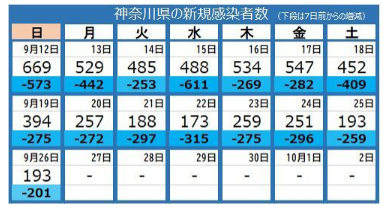 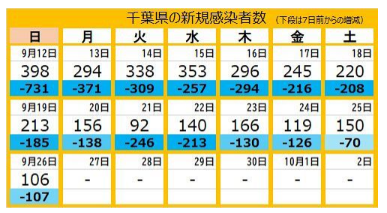 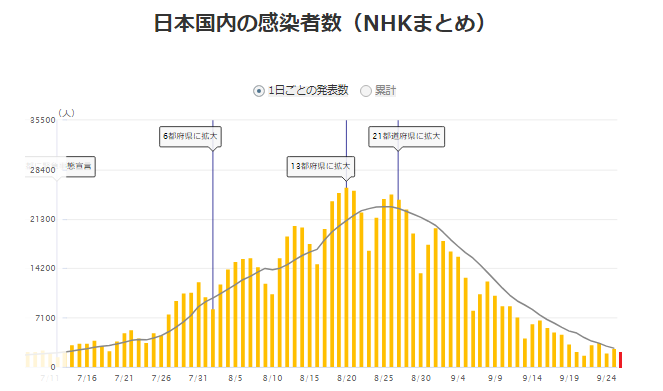 In the news, there is information that “the government is adjusting both the state of emergency and priority measures such as prevention of spread to be completely canceled at the end of this month” … 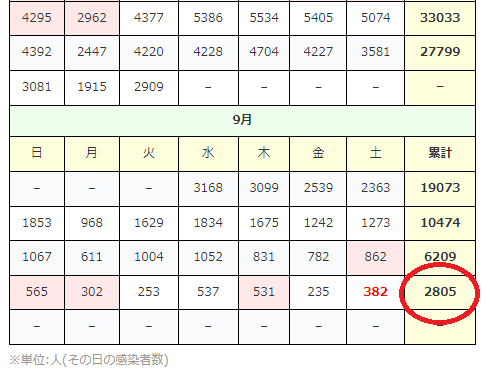 (↑ After all, there were many holidays and the next day of holidays this week, so the number was unusually low …)

By the way, in Takamatsu City, Kagawa Prefecture …
(*Kagawa … Areas subject to priority measures such as prevention of spread)

It seems that the provision of alcoholic beverages was conditionally OK from September 25th yesterday, and the time is until 19:30 …!

Last year, after the second wave of August settled down, people gradually relaxed their vigilance, and “Go To Travel Campaign” led to the infection situation of hell during the year-end and New Year holidays, but this year, what happens with “vaccine”…?

And such a government seems to start considering the way of approval examination for vaccines, saying  “Why was vaccine approval delayed compared to foreign countries …?”!

No … you said, “There are racial differences from Westerners in terms of safety and effectiveness.”

However, Japan has a history of “vaccines“, “vaccinations“, “phytotoxicity“, etc., so Japanese  must be cautious …

I hope this will be an opportunity (based on the results of this vaccination) to change to a policy that is “suitable for the present age” …!

And since there wasn’t much news today, I would like to share with you some of the things I personally summarized and noticed every day!

①Finally, that “strong Tottori” is back! ??

(Top 5 prefectures with the lowest cumulative number of infected people)

(*Number of infected people by September 25)

↑ Tottori, which was no longer “the best in Japan” before I knew it … 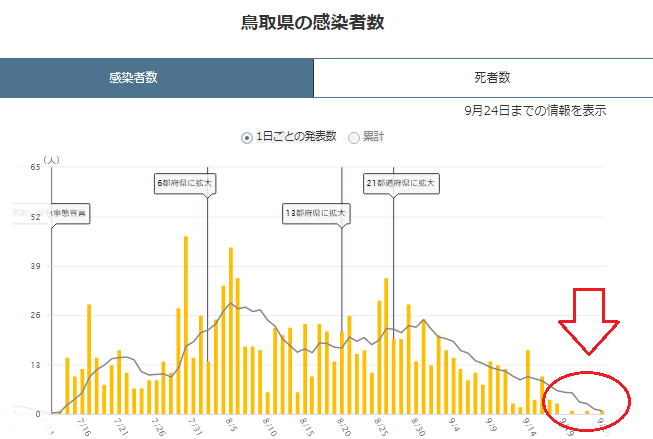 ↑Although there are many holidays last week and it is not very helpful, the number of infected people per day = 0 people has increased! 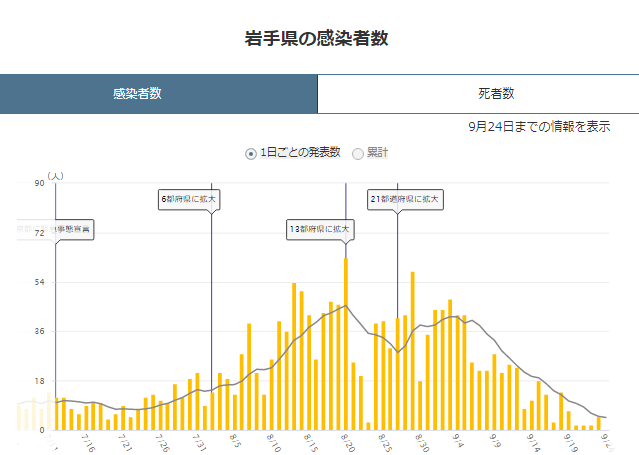 is currently 6th in the generation …!
(* Iwate survived the first wave until May last year with almost 0 infected people with Tottori)

②The number of seriously ill people in Tokyo has dropped sharply during the holidays last week! 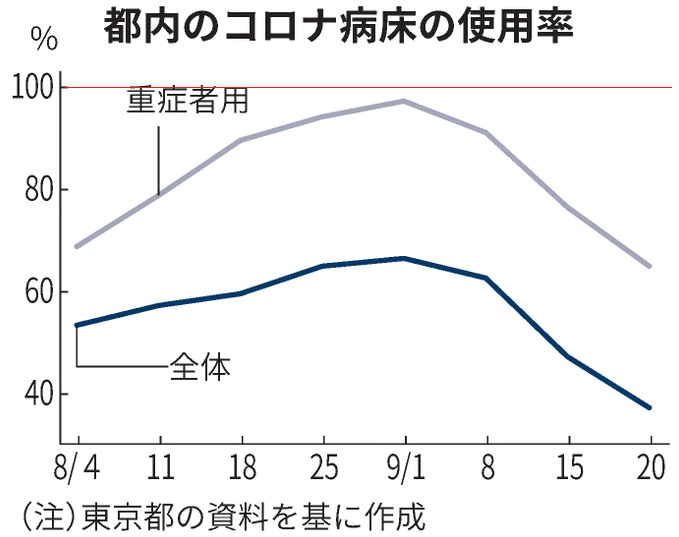 It has decreased from almost 100% to this point!

③For seriously ill people by age group in Tokyo is …

The number of seriously ill young people, such as children under the age of 10 and those in their 20s and 30s, does not decrease … 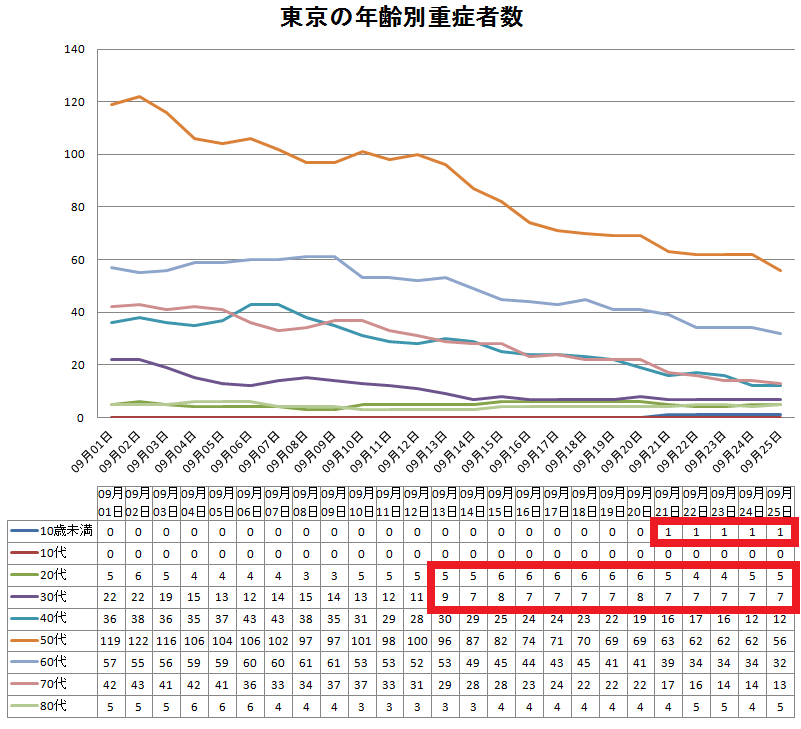 It seems that the number of infected people is small, but please be careful about infection!

By the way, the target of the “third vaccination” in the United States has also been clarified!

However, it is becoming the same target all over the world, so I hope it will change …!

Everyone wants to equip their armor equally!