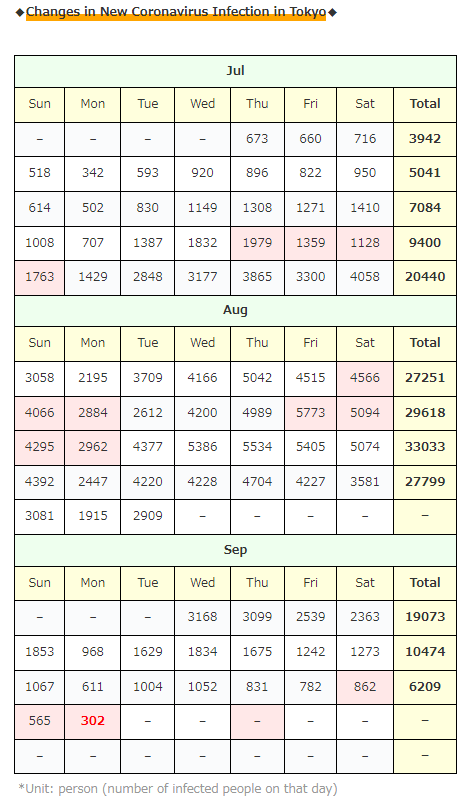 302(-263 from the day before) new infections confirmed in Tokyo. 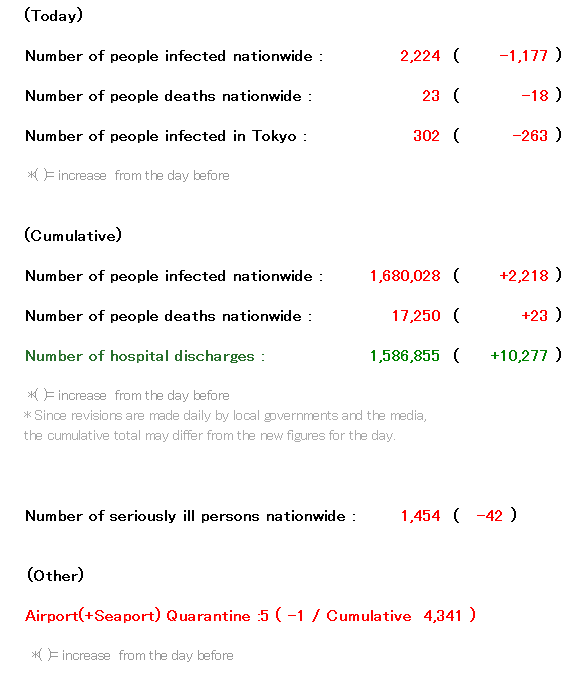 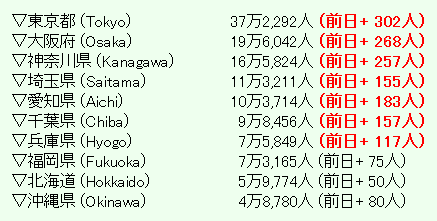 There is no doubt that the number of infected people in Tokyo is declining, but Today’s number is not very helpful because it is a holiday today and there is no announcement of the number of tests because the medical institution is closed. 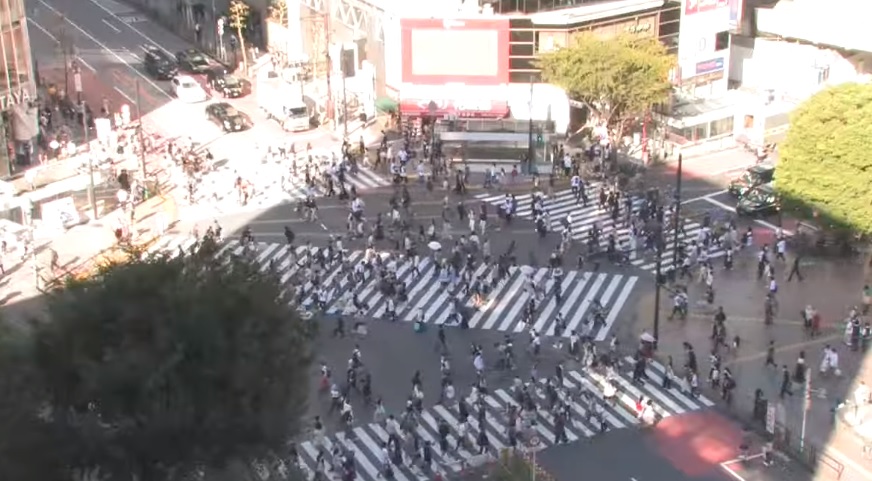 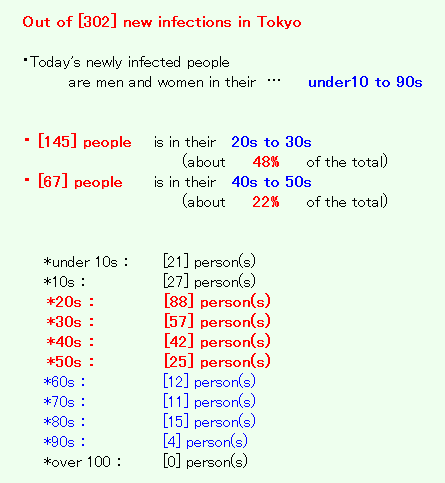 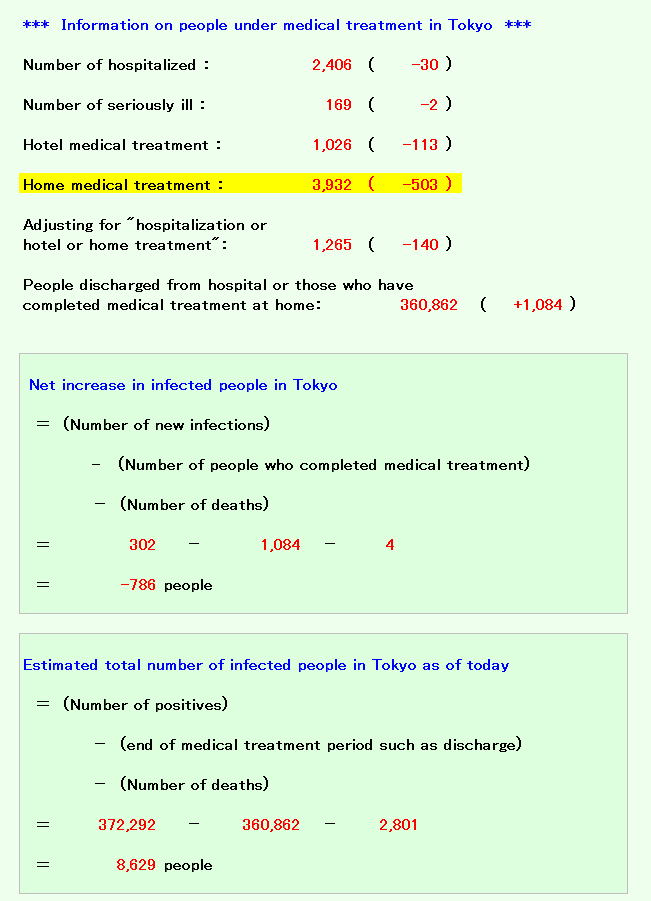 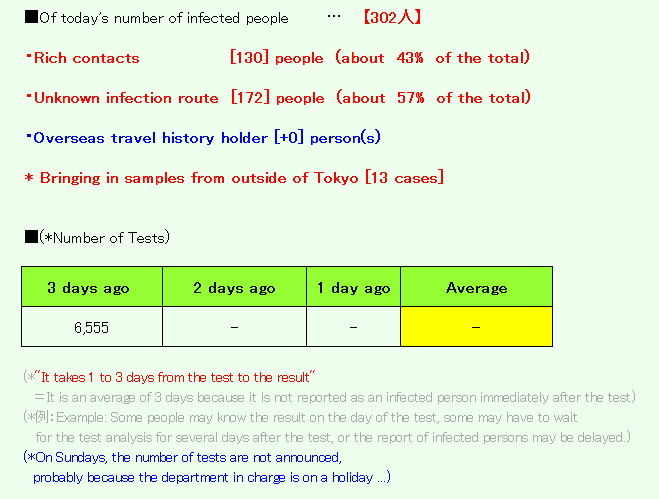 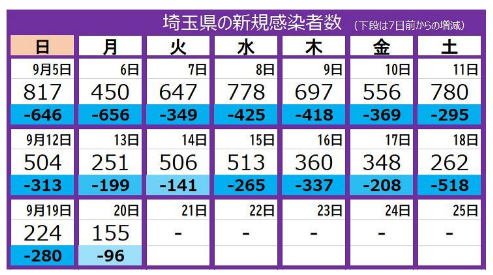 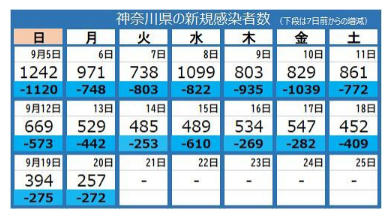 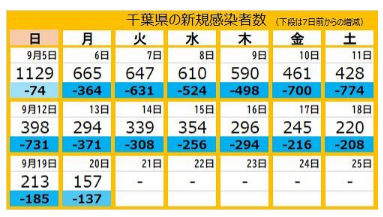 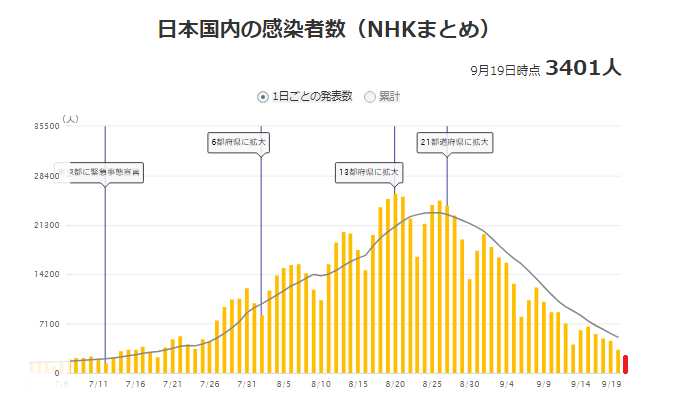 Since it was a three-day holiday and it was Monday, there was very little news related to COVID-19 today (laughs), so I’ve been digging a lot of data today!

First of all … There was such news today!

According to this article, it seems that Tokyo was conducting a questionnaire to 11,700 infected people before we knew it (lol)!

Information in the article ↓

According to this, the above content is a
“questionnaire for 11726 infected people from July 1st to August 31st”
and the results of a survey on
“their own behavior within 14 days immediately before the onset”

(↓People who participated in the drinking party) 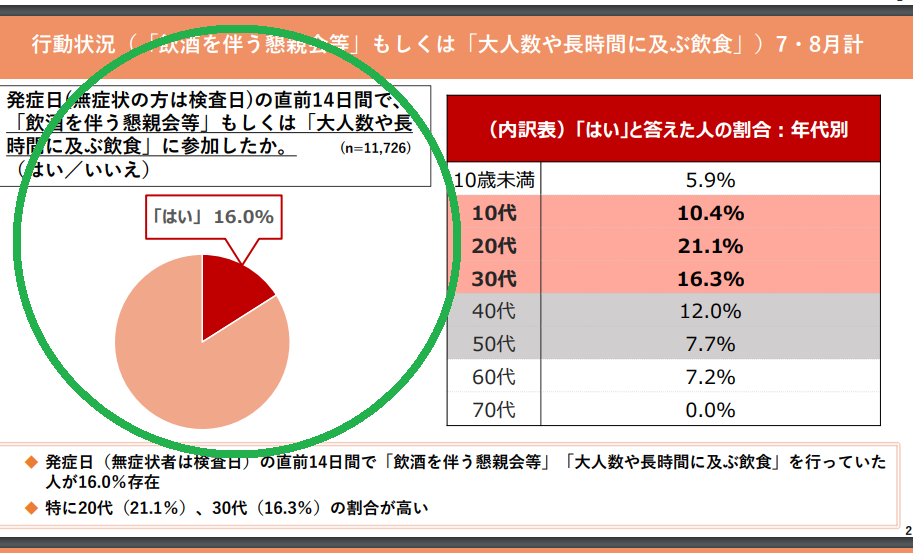 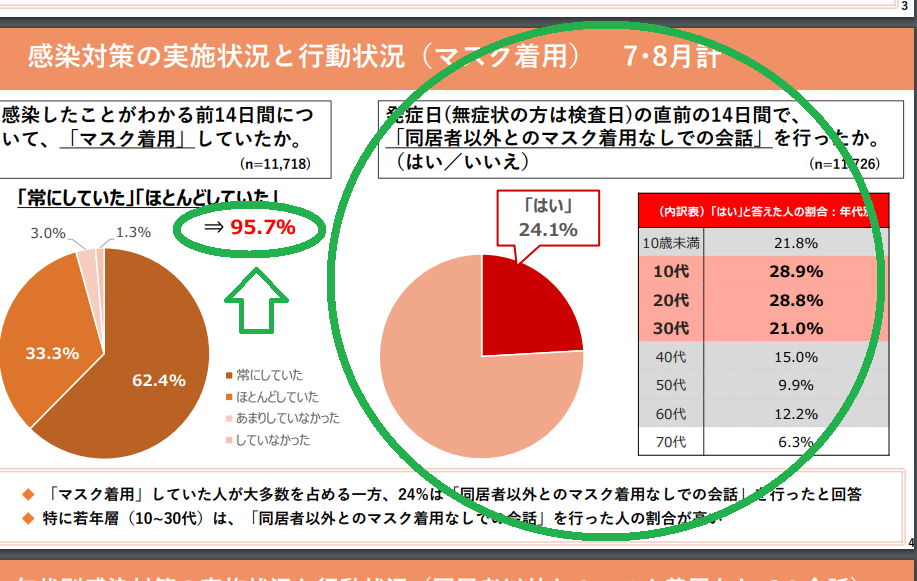 The article was not wrong (dry laugh)
I wanted other information …

In short, it seems that experts just wanted to come to this conclusion … ↓ 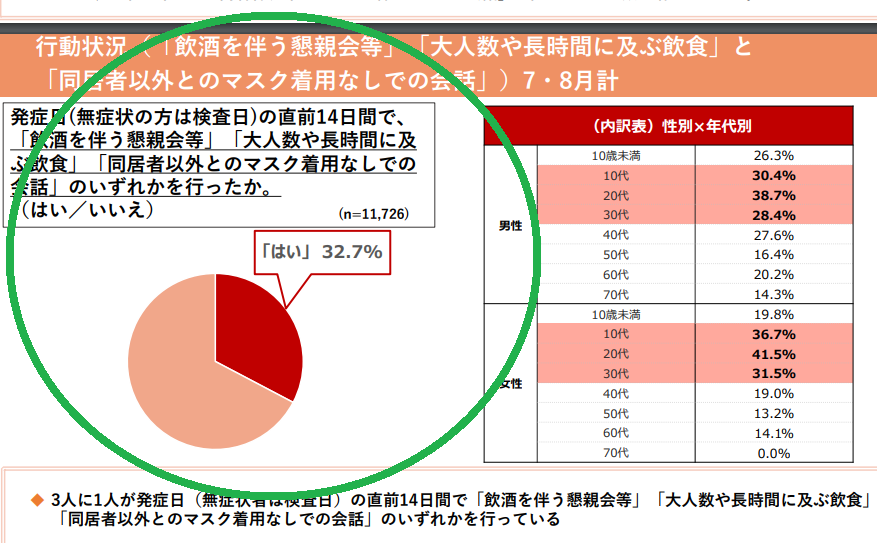 (“Yes” for “Conversation without a mask or participate in a drinking party” = 32.7%)

“One-third of infected people are unmasked or attending drinking parties!”

… you guys are doing all the research with such a “conclusion first”, so you can’t control the infection …

In this COVID-19 disaster for 1 year and half, what is consistent not only in Tokyo but also in Japan is that we cannot take measures individually because “the government and the administration do not give out any information” …

(If we believe in the survey)
I’d like to know the cause of infection, even though 95% are careful about wearing masks and 84% do not participate in drinking parties …!

Oh … the content is already getting longer!
There were two more main topics … but it seems that there will be little news tomorrow and the day after tomorrow, so I will summarize tomorrow…!

Oh, by the way, I introduced this summary the other day, but … ↓

(From the summary article on September 17th)

By the way, according to the same article …
“Vaccines have several times more antibodies than spontaneous infections.”
“So influenza vaccines are effective for half a year, but corona vaccines are still effective after half a year.”
…Well, this content is much more important, isn’t it? lol
The feeling that I knew something amazing … lol

There was also an article about the reduced effectiveness of the vaccine against the “Delta strain”!

↑After all, it seems that the vaccine itself is becoming less effective, not only the passage of time after vaccination …!

Due to the dual effect of “time lapse from vaccination” and “decrease in the effectiveness of the vaccine itself”, it seems that the earlier the vaccination is done, the easier it is for the infection to spread again …

There was an article related to it today!

…After all it was as we expected …

… But Taiwan has continued to end the infection, so… 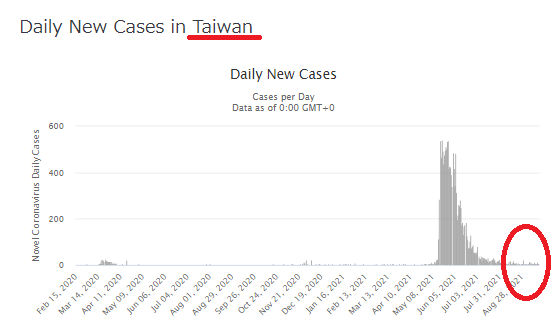 it seems that something fundamental is wrong with Japan, not the vaccine effect or the responsibility of the variant strain.

I would like the government not to emulate Britain and the United States to mitigate it, but to emulate a country that has been successful in controlling infections …!

↑hen, I summarized the conclusions neatly, but in the end, Japan looks like this (dry laugh) ↓ 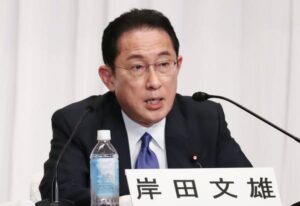 …What is this country! (angry)

I’m sure he’s booked the next outbreak before he booked GoTo!