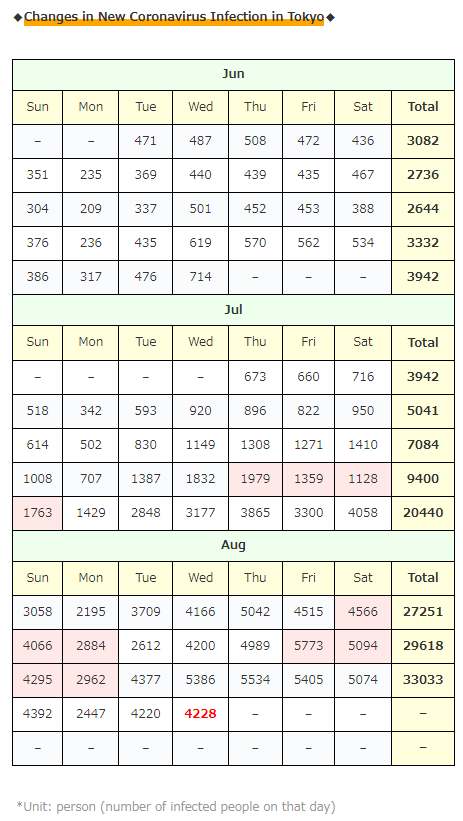 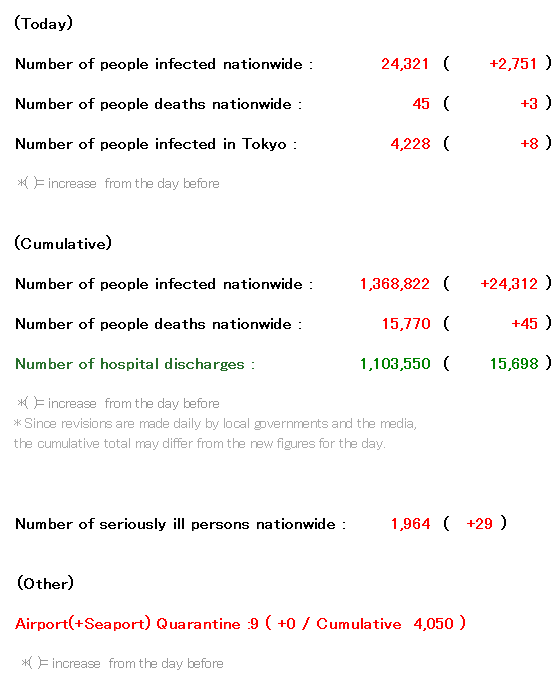 The number of infected people in Tokyo has been lower than last week on weekdays this week!

I hope it’s a sign that the infection is stopping spreading …!
However, it’s still 4000 people … I need to be vigilant …! 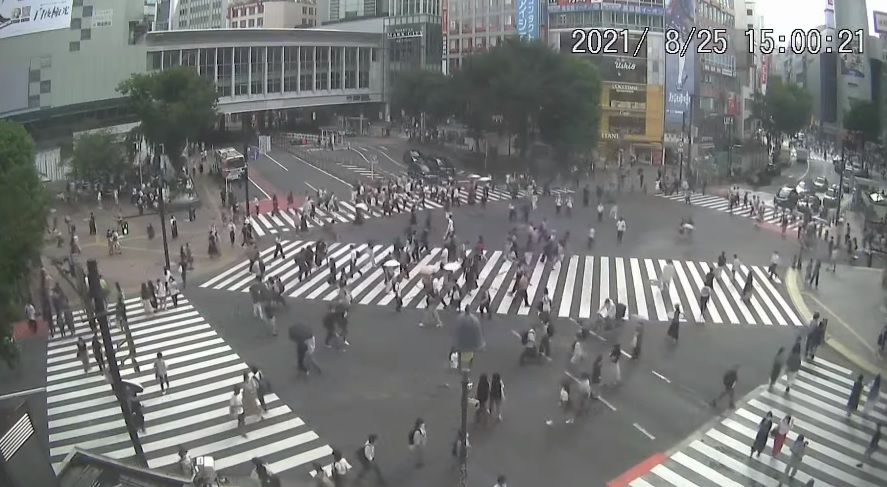 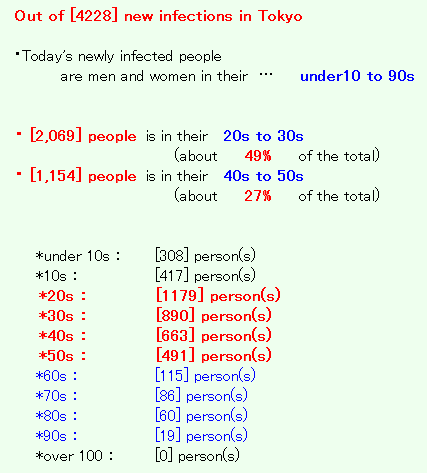 ・A man in his thirties who died of COVID-19 today was forced to undergo home medical treatment despite having an underlying diabetic illness. As a result, they was unable to contact him, and he was found dead at home afterwards.…. 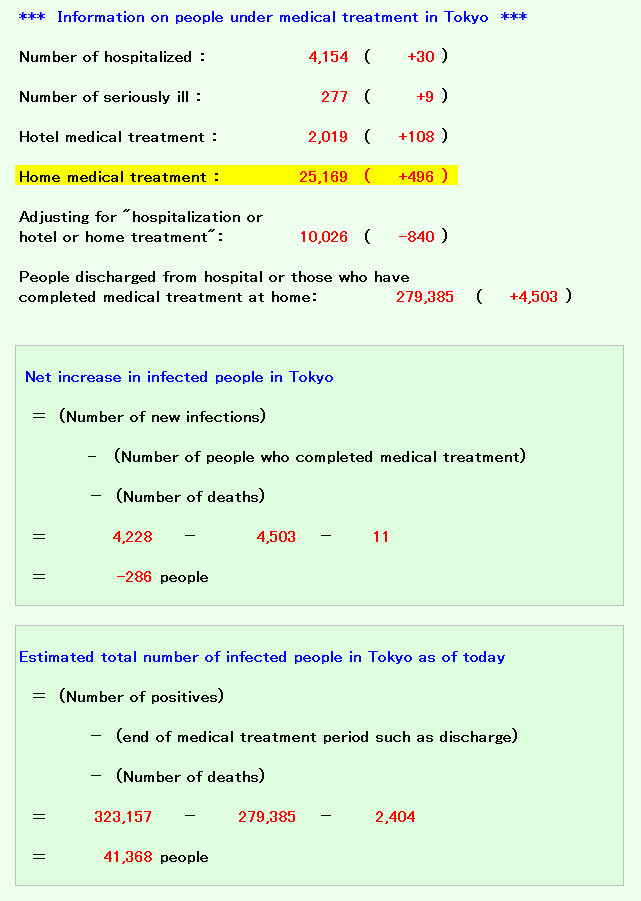 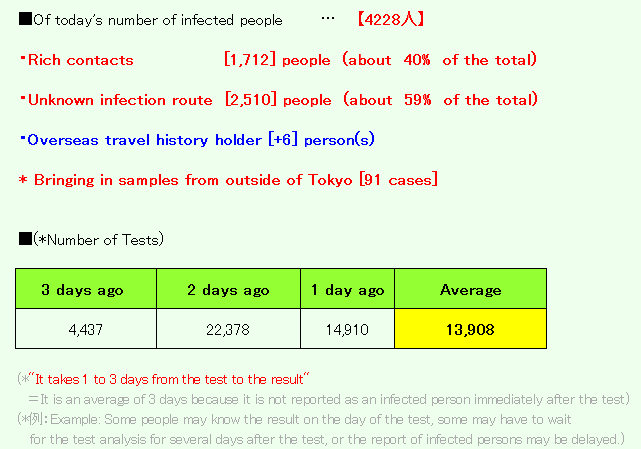 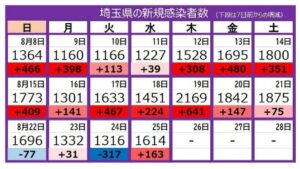 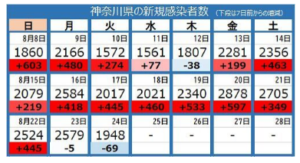 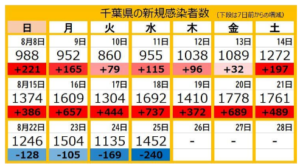 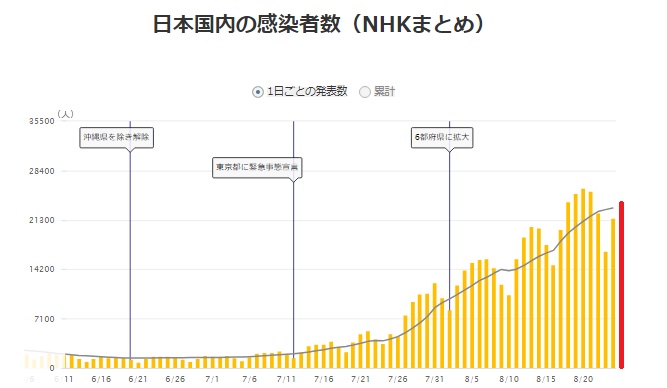 It wasn’t in time for yesterday’s summary, but it seems that more areas covered by the state of emergency have been added …!

Of the areas covered by the “Priority Measures to Prevent Spread” displayed in ↑, the areas in red below seem to be upgraded to a state of emergency …

And “Saga / Miyazaki” will be newly added to the target area of ​​”Priority measures such as spread prevention”.

The government should no longer declare a state of emergency nationwide…

In Japan, one in two people should have completed at least the first vaccination, but

(“Number of vaccinated people in Japan”)

the spread of the infection is likely to continue …

↑it seems that the cumulative number of vaccinations in the world has reached 5 billion!

The world population is about 7.7 billion, so vaccination is progressing considerably worldwide!

Meanwhile … I tweeted the breaking news yesterday, but …

↑ It seems that “Lambda stock” was found again in “Airport quarantine” …
It’s still better than it was announced properly, but there was just such news about it!

According to the North and Central American media “Daley Guardian”, the vaccine seems to be ineffective against the world’s worst “lambda strain” …

Such scary variants are landing in Japan one after another … too scary …!

It’s an important time when we still have to be on the highest level of caution … but what Japan is doing is the Fuji Rock Festival!

It seems that the total number of visitors was 35,449 in three days.

By the way, the organizer announced, “No infected person was reported at the venue during the event.” (dry laugh)

There have already been reports of poor physical condition of visitors on SNS, but it would be nice if no one of the visitors was confirmed to be infected for the next week or so, not just during the “holding period”!

Prime Minister Suga
“we will promptly establish a system in which COVID-19 patients can always be in contact with the health center even if they are being treated at home.”

Minister for Economic Revitalization Nishimura
“The most important thing is to secure a system that can receive the necessary medical care.”

↑They are wrong! The most important thing is to reduce the number of infected people!
… , right?

It seems that you are not thinking about the spread of infection anymore, only about the medical care provision system …!

However, as a result, there are no beds in the hospital, and many people die during home medical treatment …

In the first place, there is no such thing as “I can’t get in touch when I’m being treated at home” …!

A special feature was set up in an NHK news article about “home recuperation”!

①Health center “Food arrives in cardboard, so don’t worry.”
→It actually arrived 3 days after the end of the medical treatment period

②Ask the health center to deliver a pulse oximeter that measures the oxygen saturation in the blood.
→Not delivered

③She managed to spend her groceries and necessary items outside the room by a family living nearby.

As you can see, COVID-19 is still a “disease that should not be infected”, but the government doesn’t seem to think anything about getting people infected …