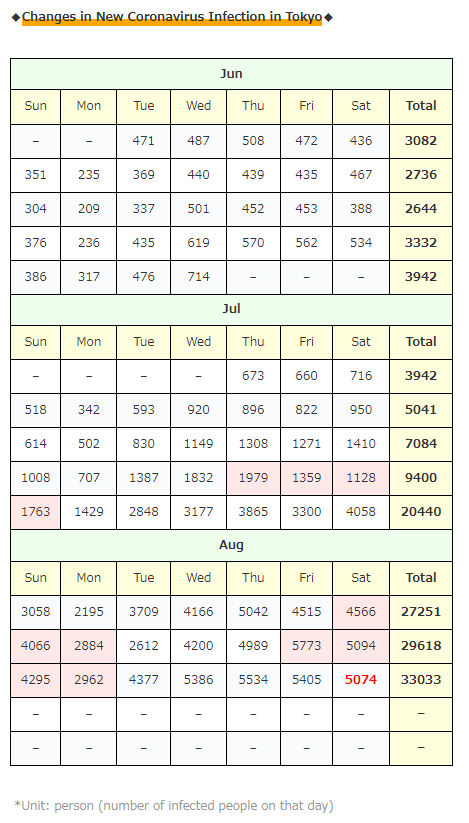 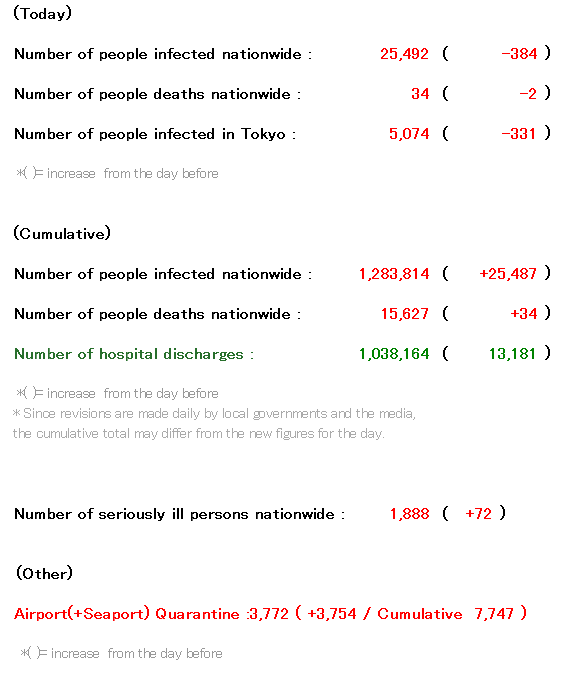 I thought …but
today is Saturday, so when I calculate the total for the week … ↓ 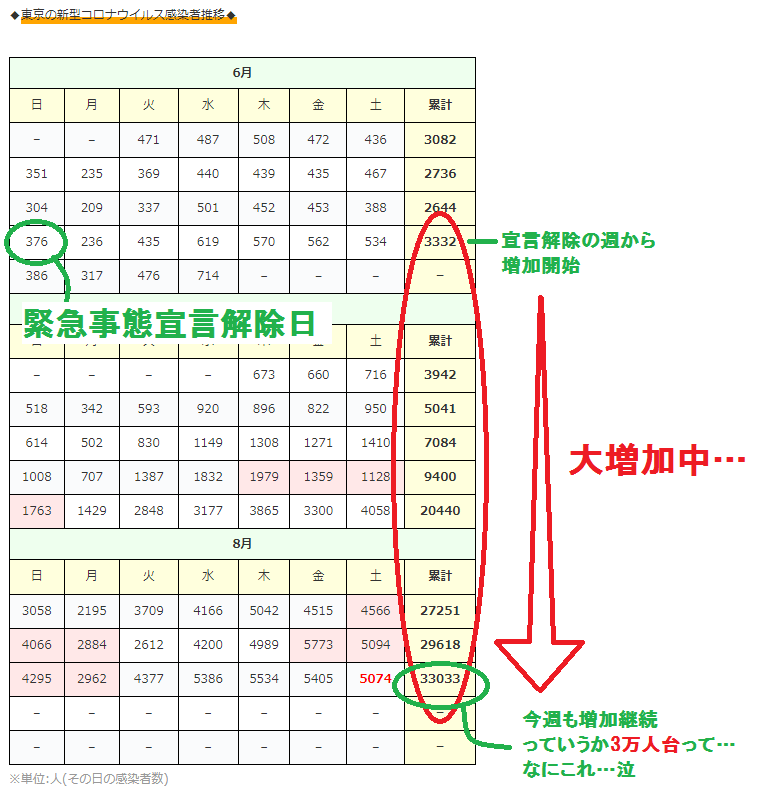 After all it has increased at all …

I think it was expected that this week would increase to some extent after the Bon Festival, but what will happen next week …
It’s going to be an important turning point for infection … 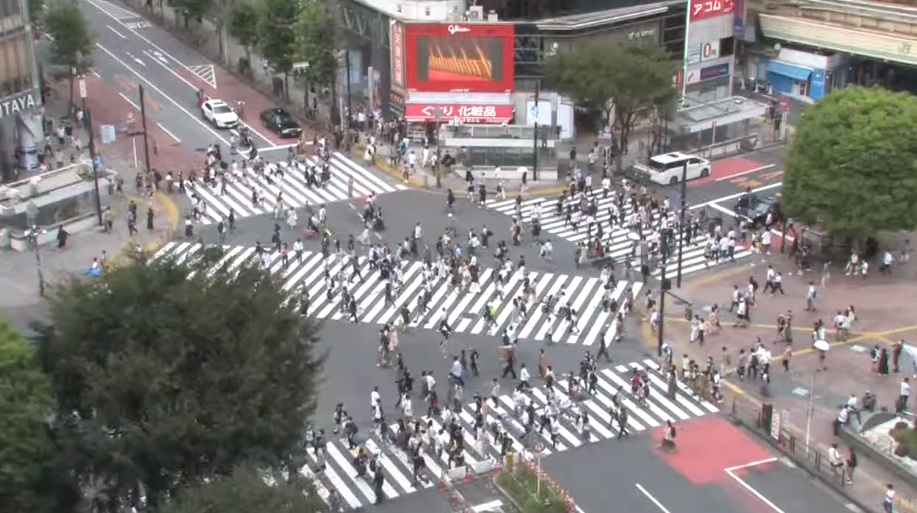 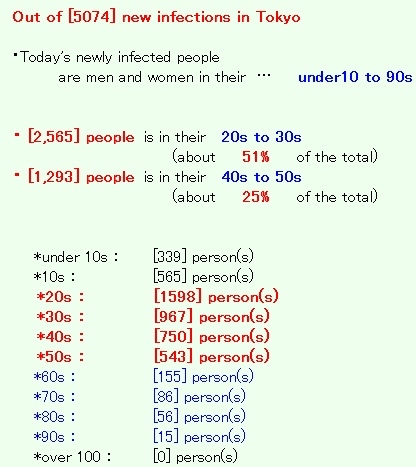 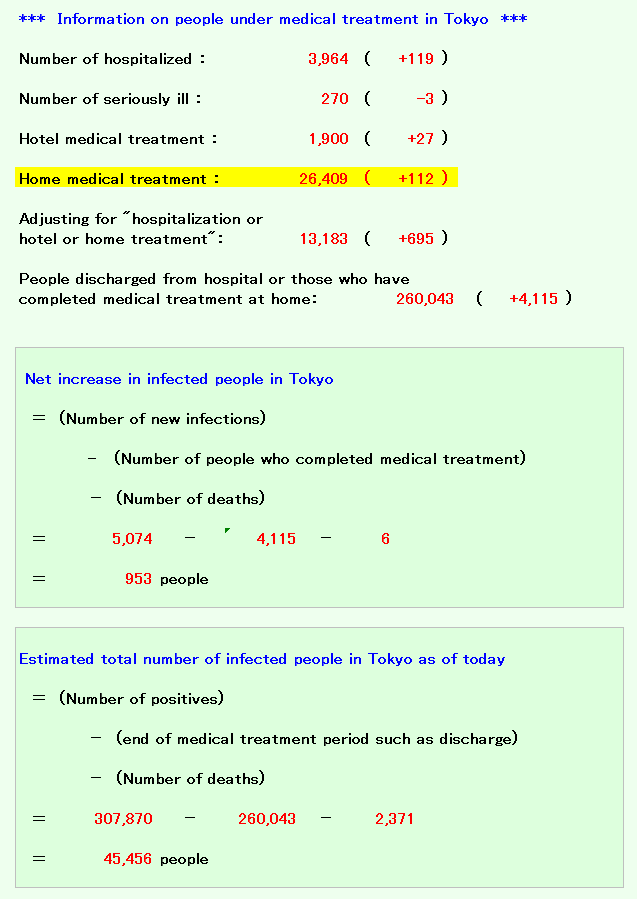 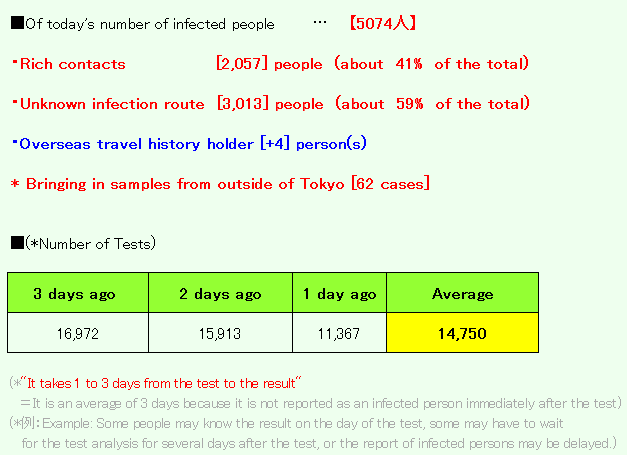 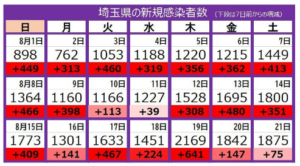 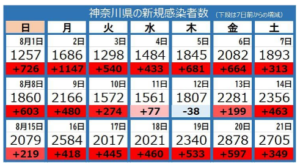 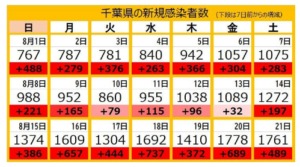 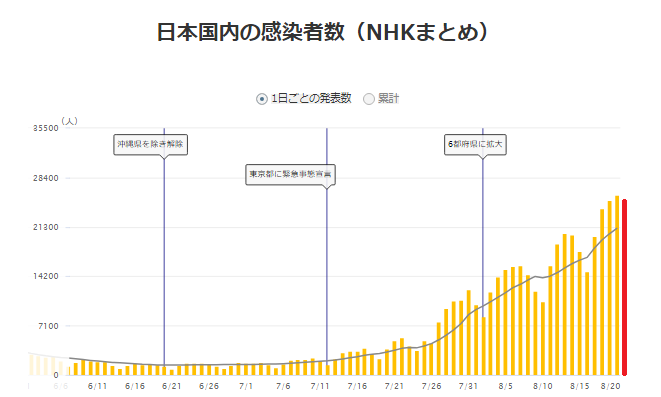 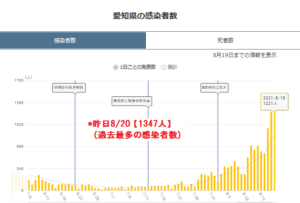 So, it seems that the governors of the whole country are planning to recommend to the government, “Lock down now!” …!

“I can’t find any effect in the state of emergency”

“Requires consideration of measures such as lockdown many times”

Even if you think purely about the meaning of the words, it is unusual that the “state of emergency”, which should normally be used in a seriously dangerous situation such as “riot” or “war crisis”, but… now in Japan… it’s really meaningless…!

By the way, in such a situation … There was such data today!

Finally, data on the “effect of vaccination” has come out in Japan as well!

＜Effect of vaccination on the number of infected people in Japan＞

【Result】 “Number of infected people who have completed vaccination” 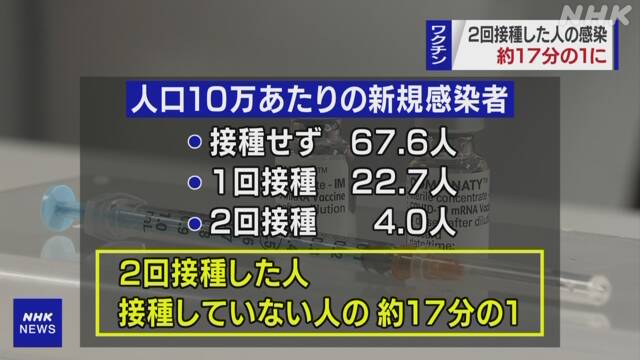 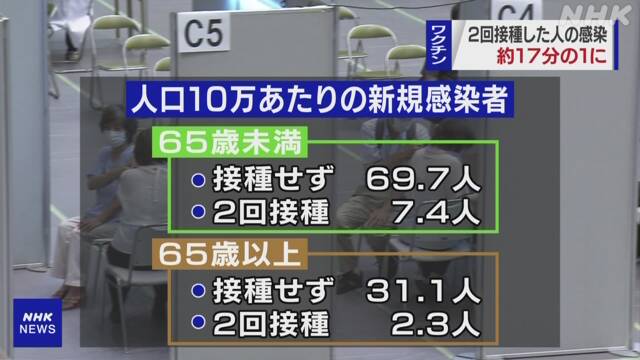 Basically it’s not very helpful, but … (dry laugh)
Well, it seems that the effect is coming out as it is!

(By the way … the reason why it is not so helpful)

And the topic has changed … Yesterday and today, There is a hot topic that “to announce the name of the medical institution that does not accept COVID-19 patients”

While thinking, “No … there are various circumstances in the hospital …”
I started reading the news, but according to the article … the following facts were found.

「”The government subsidizes 170 medical institutions and 6000 beds in Tokyo with a maximum of 19.5 million yen as a” secured bed for COVID-19 measures “.”

“But it’s currently tight with a usage rate of about 3000 beds.”

“We think there are hospitals that receive only subsidies and do not accept COVID-19 patients.”

“When they actually interviewed the hospital, the acceptance record of that hospital increased after that.”

Hmm … I’m suspicious when I hear that …

What will happen to the result … I’m curious …!

By the way, it’s also been a little talked about recently,

Various news sites have calculated that “the current positive rate is about 20%, so if 26,000 cases are MAX, the number of infected people is limited to 5,000?”

And alsoiIt seems that the Tokyo Metropolitan Health and Welfare Bureau also responded to the interview that “the number of inspections that can actually be performed per day is about 26,000.” 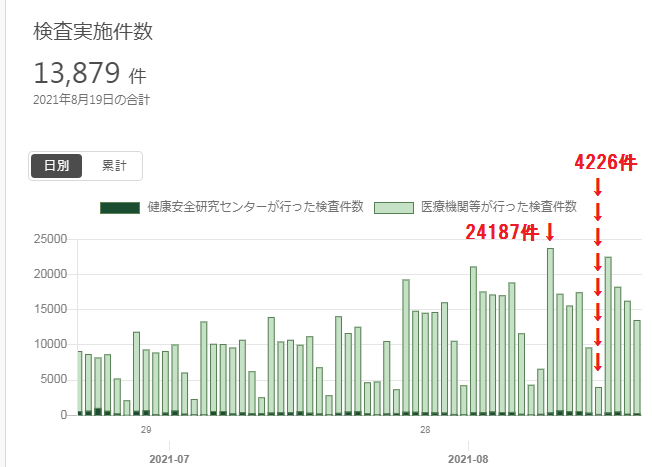 The tests at facilities for the elderly may be counted separately, but (as far as I can check), the highest number of tests in Tokyo is 24187.

Moreover, only one day.

By the way, even with my data …

Number of tests in Tokyo 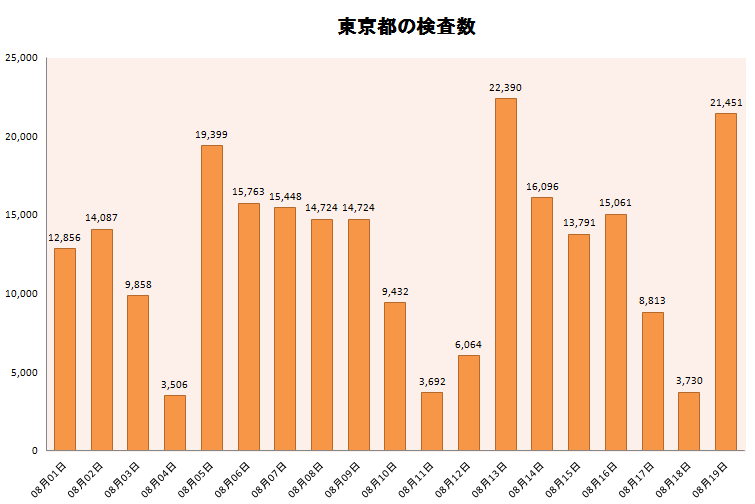 (*What the Tokyo Metropolitan Government reports as “the number of tests 3 days ago” every day.
Actually, there are medical institutions that report late, and it seems that the number may increase by a little less than 1000 to 2000).

↑No matter how much it increases after that, the average number of cases per day will not be 26,000 …

On the other hand, the number of infected people during that period is …
From August 1st to August 19th, the total number of infections is 83,481 in 20 days, and
the average daily number is 4,174! 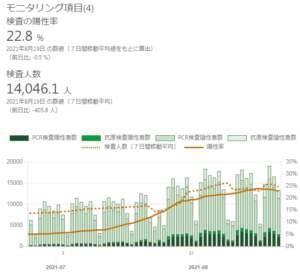 And … If they can test 26,000 cases on Sundays, it seems that they can test about twice as much as the current average of 12,700 cases a day, so if the positive rate remains the same, the number of infected people will also increase double? About 8000 people!

In Kanagawa, the number of newly infected people per day has reached 3,000 …
Tokyo is also wandering around with 5000 people, but it can see 6000 people or not…

The number of infected people has increased considerably in various places, so I may summarize it tomorrow …