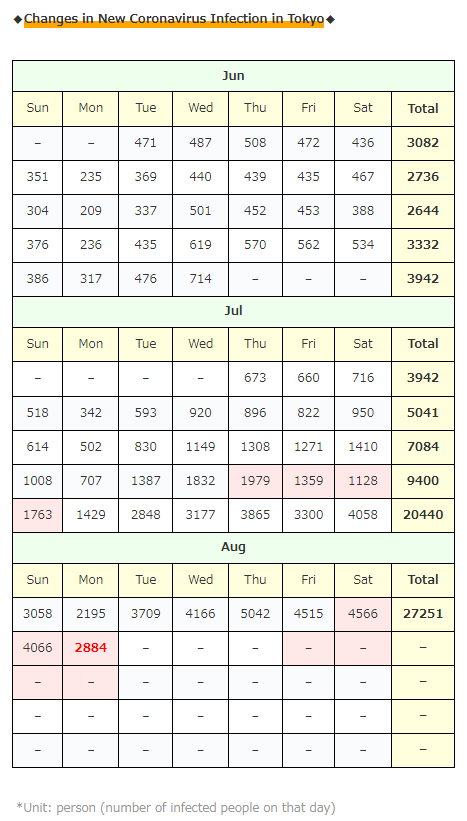 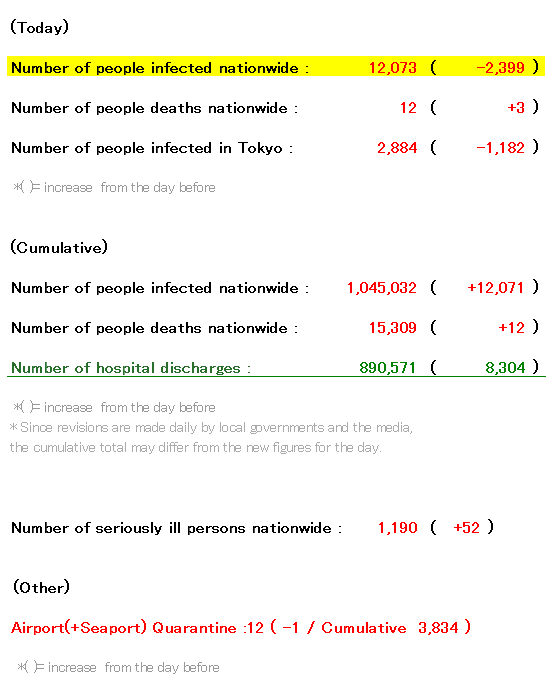 The number of infected people in Tokyo has settled down a little thanks to “Monday x consecutive holidays”, but it is still about 3000 people …

The numbers announced
on “weekdays of the week” after the holidays and next
week after the Obon festival
are too scary …! 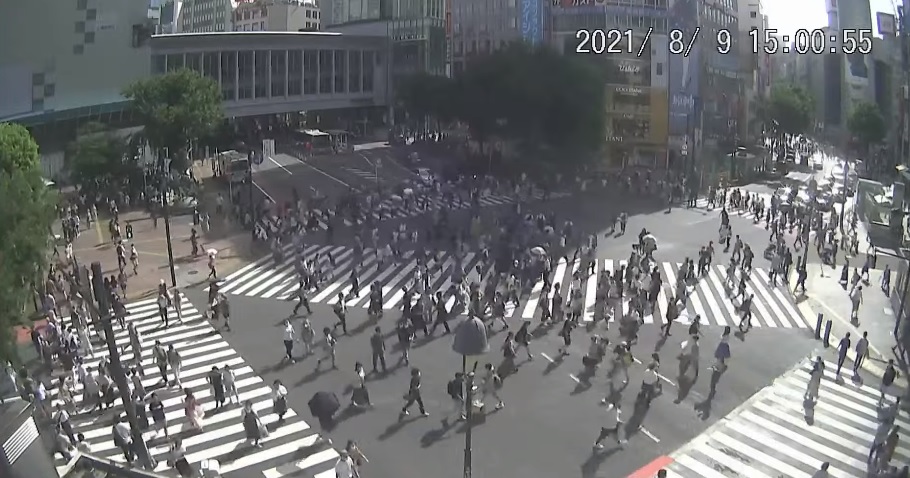 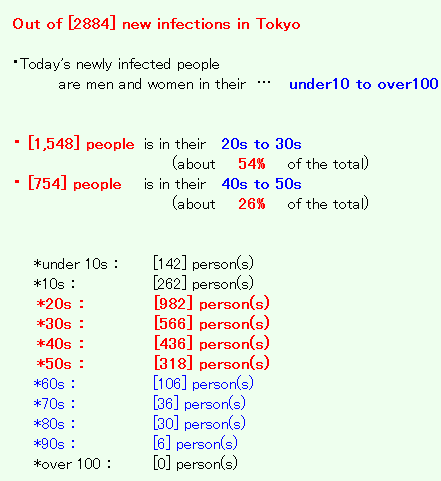 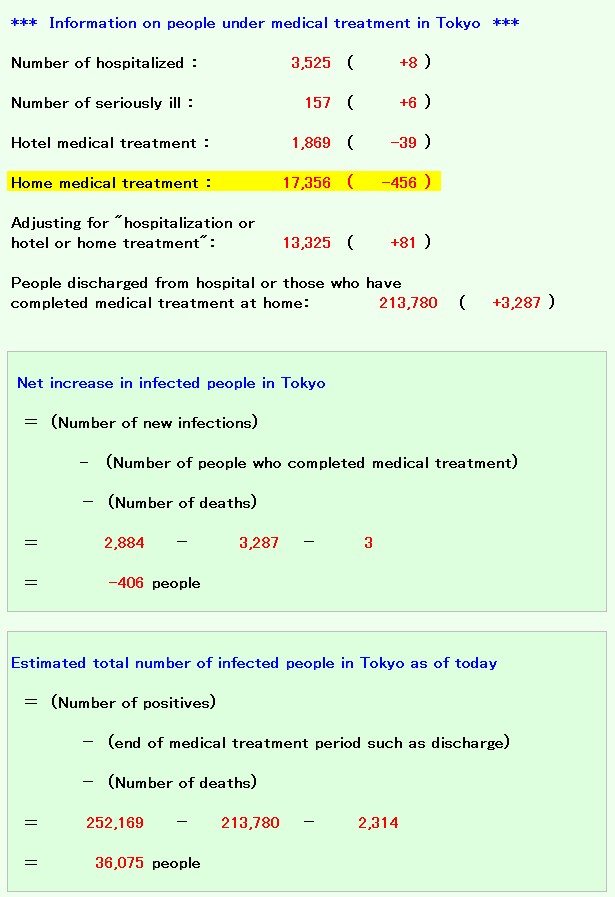 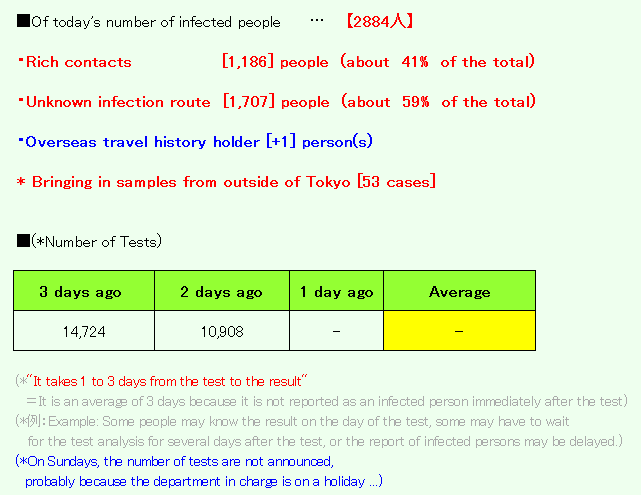 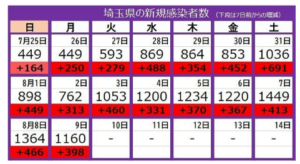 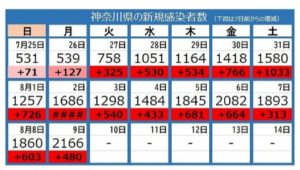 *Among the infected people counted today, there are [13] cluster relationships, including the above… (Other than the above, add 4 or less each) 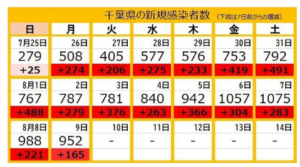 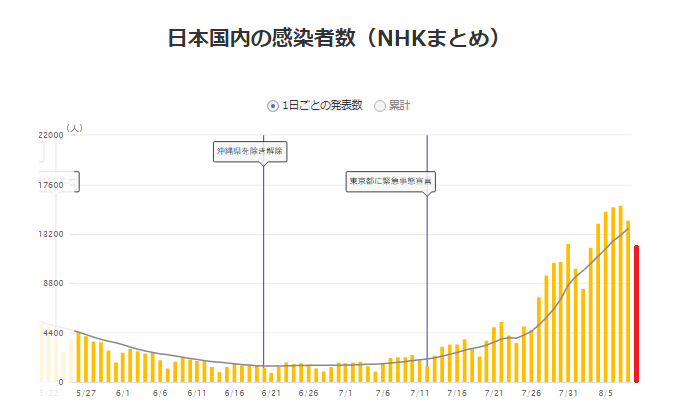 ↑ “State of emergency” and “Priority measures such as prevention of spread” have been expanded from yesterday!

The areas targeted for “Priority Measures to Prevent Spread” have been added, and the following 8 areas have been added!
Fukushima, Ibaraki, Tochigi, Gunma, Shizuoka, Aichi, Shiga, Kumamoto

↑
I think, “Even though the infection is spreading all over the country, is it a priority measure such as prevention of spread rather than a state of emergency???” (dry laugh)

And the Tokyo Olympics, which had been criticized, ended safely (?) ｙesterday!

By the way, I secretly wrote down the daily reports, but the number of infected people related to the Olympic Games during the Games was like this! ↓ 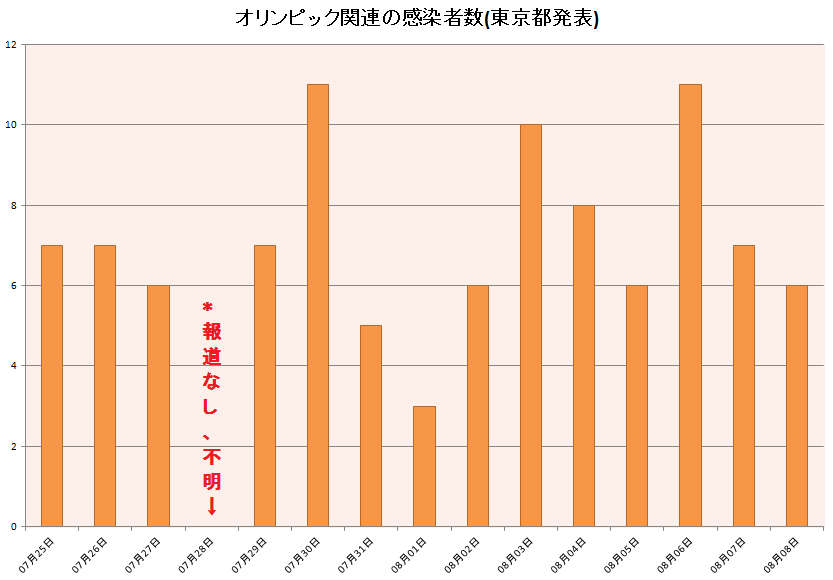 The total number of infected people in the graph is just 100 by August 8th yesterday.
It seems that up to 10 people were announced to be infected each day.

However, since many infected people have been confirmed before the tournament started, I can’t say anything about it, but there were no super-large clusters, so … I wonder if it was good …
It’s a place like that!

The topic changes, but there was such surprising news!

The other day, I introduced in this summary article that “the number of infected people in a week at the Isetan Shinjuku store is close to 100”, but…

↑In this article, “No, but 99% of infected people are outside employees” …

No … I think ONLY you can enter the tenant (outside employees) …

Isetan’s headquarters employees are probably only those who are related to management, or sometimes directly managed stores …!

Also there are such an article …

As a result of a university internet survey … ↓

Survey target ― 20s-60s (1 metropolitan area and 3 prefectures)
Method    － Internet survey (3100 people)
Question content － ”Do you think you will get infected in your daily life?”

I don’t think most people in the city will even participate in such a questionnaire, so the substance is … more than two-thirds think so …

By the way, I often ask this question to people I met within the scope of small talk, but I’ve only received answers such as “I don’t feel like getting infected because I’m taking measures” and “So I live a normal life, and I don’t refrain from going out” …!  (Cry)

Well, the Olympics are over, and next is the Obon holiday …

How far will the infection spread …

However, beyond that, school will start, summer will end, and the socially quiet period will begin, so I think the infection will subside a little …

Can we bear that much about spread of infection?! 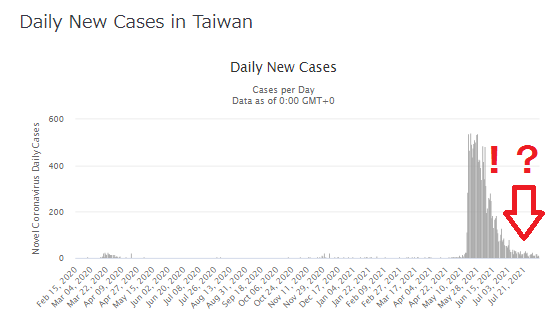 (Recently, the number of infected people seems to be around 20 people a day)
(*worldometers)

↑While the number of infected people is decreasing, it doesn’t stop! (Lol)

Meanwhile, at that time Japan … 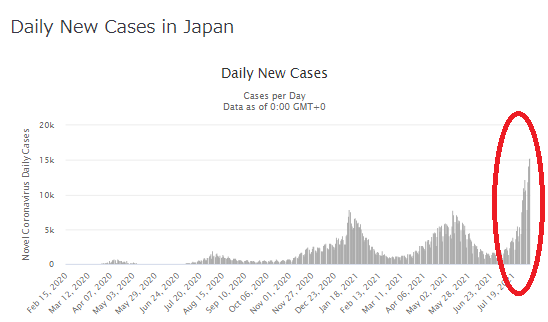 Even in this situation, there are some countries that are steadily ending the infection.

What I want to say is …
“Delta stocks are not the factor!”