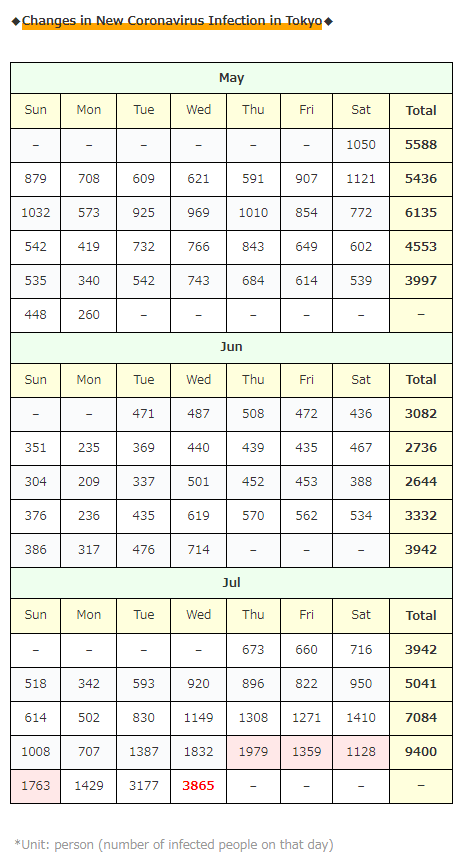 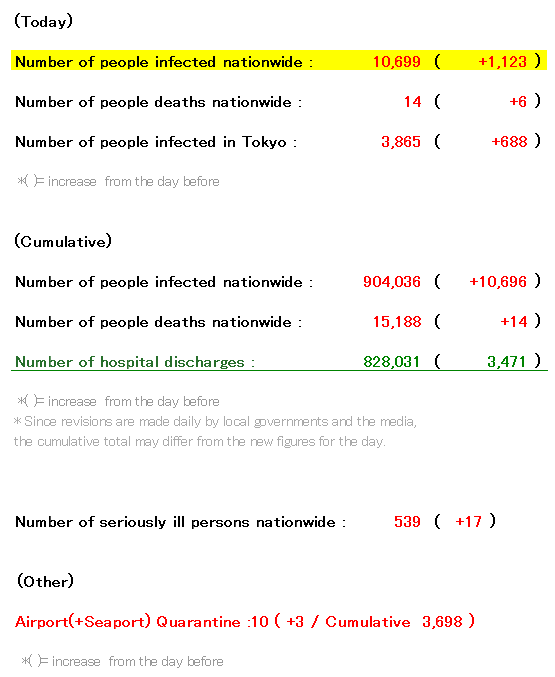 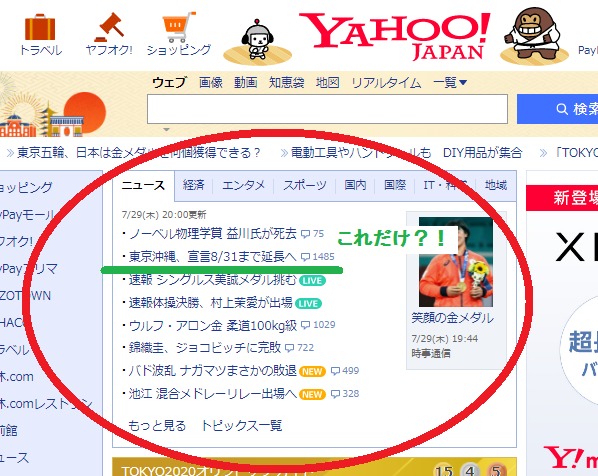 Hey … I think that “isn’t the “Olympic Games” bad, but the Japanese media is bad” … 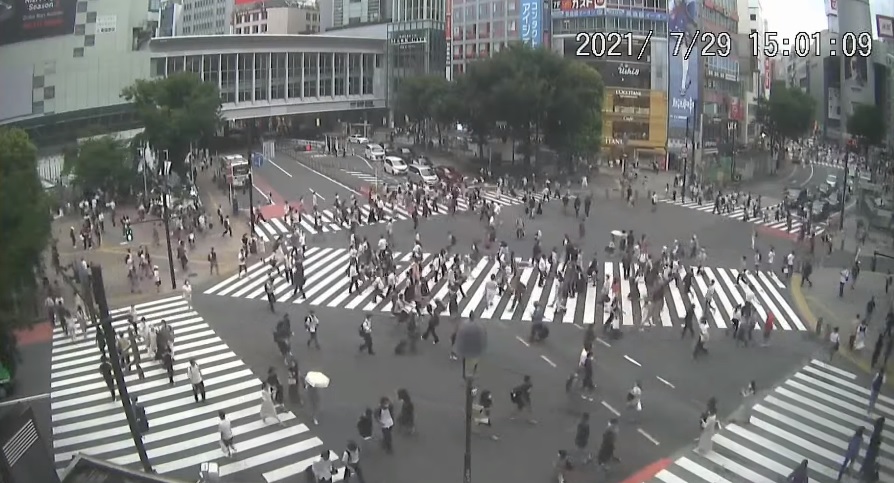 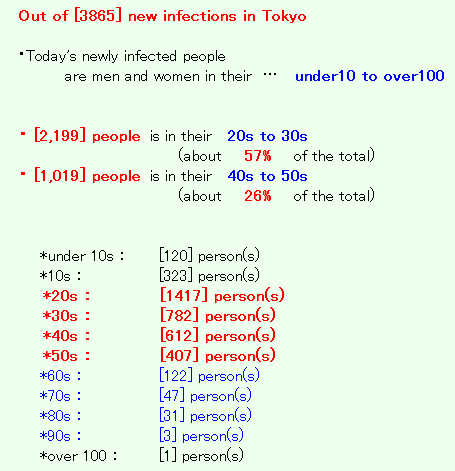 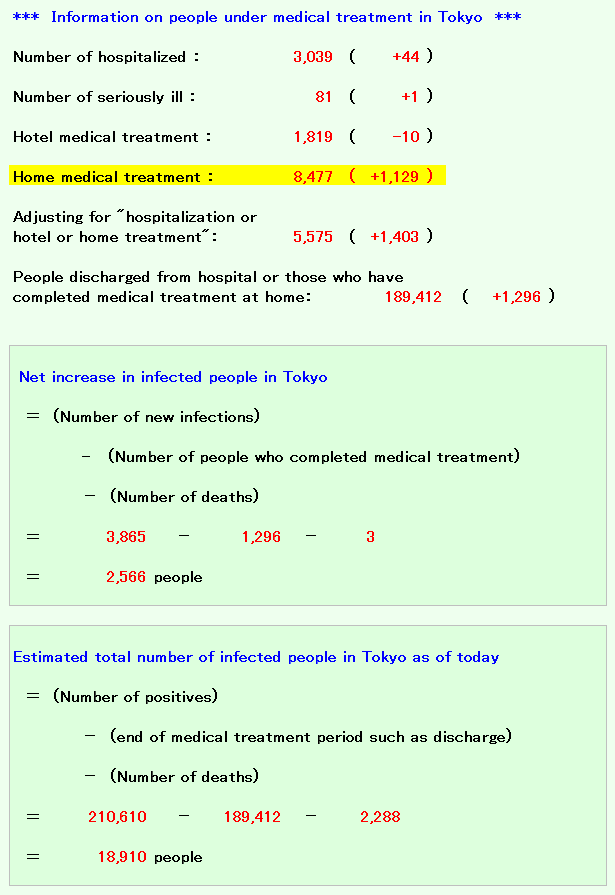 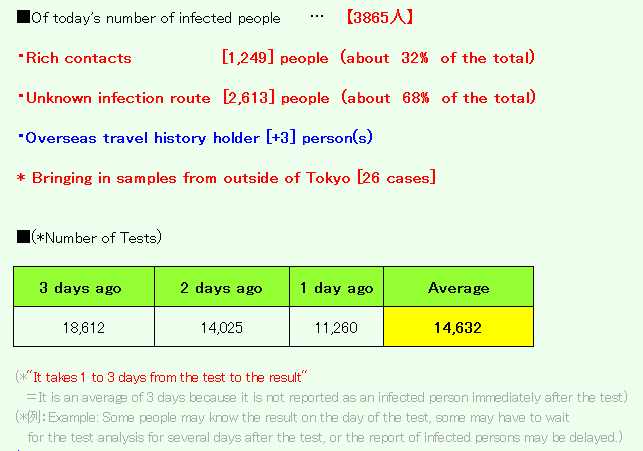 Nine asymptomatic pathogen carriers of the new coronavirus were reported by quarantine among passengers arriving at the airport from overseas.

*Despite so many, I couldn’t find any cluster information. 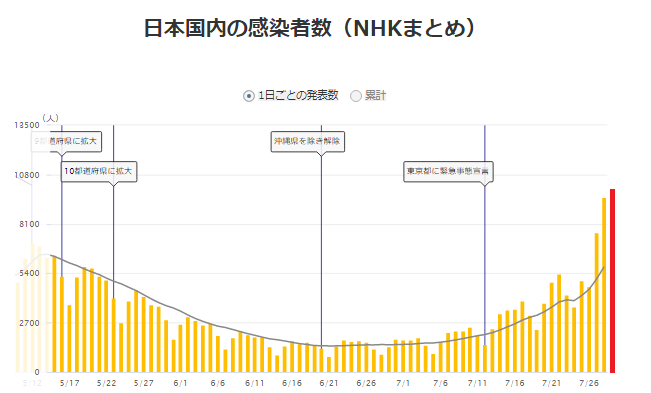 I think that all of them will be available tomorrow Friday = around the weekend, but it seems that “emergency declaration”, “priority measures such as spread prevention”, and “unique measures” will be taken in many areas.

By the way, out of about 10,000 people infected in Japan yesterday, the infection situation in the worst 10 areas in terms of the total number of infected people is like this …! ↓ 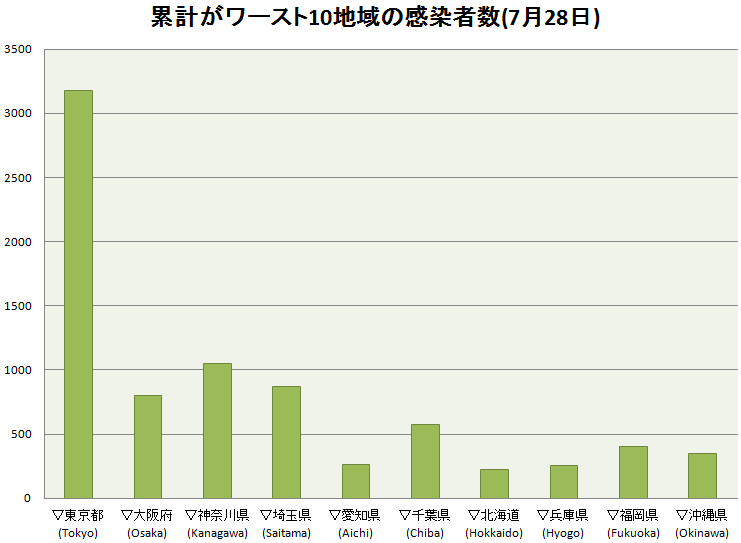 ↑ After all, Tokyo is abnormal …
Also, as you can see from the graph, you can see that Kanto (Tokyo, Kanagawa, Saitama, Chiba) is particularly dangerous at present … 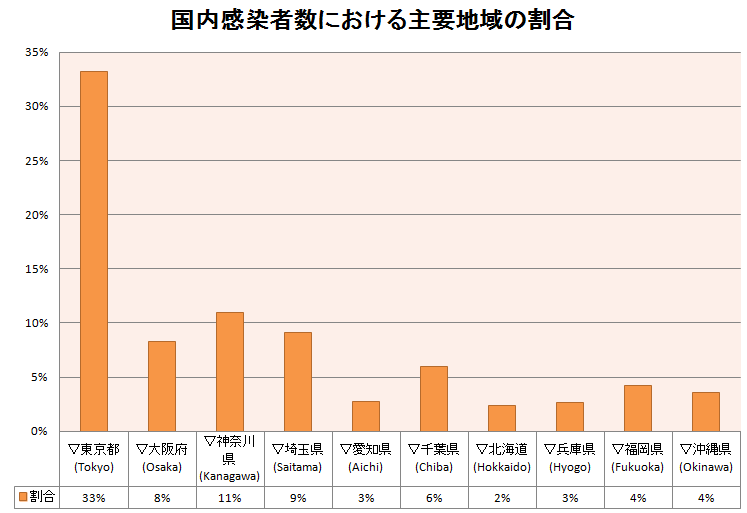 And along with that, it seems that the medical care provision system is already tight ...!

Whether you ask Dr. Omi or the director of a medical institution, medical care is already tight and there are even hospitals that are already full … 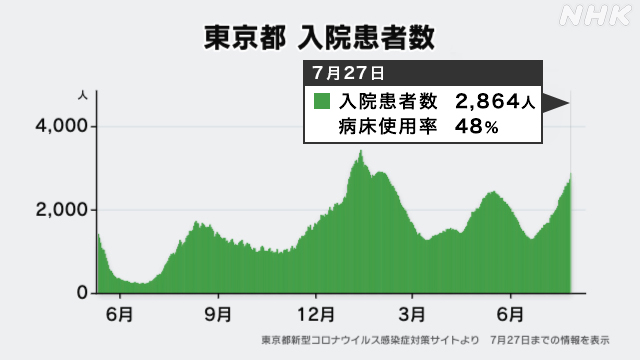 ↑The bed usage rate in Tokyo is already about 50% …

By the way, I made the data because there was no graph in the article, but the number of home recuperators in Tokyo looks like this … ↓ 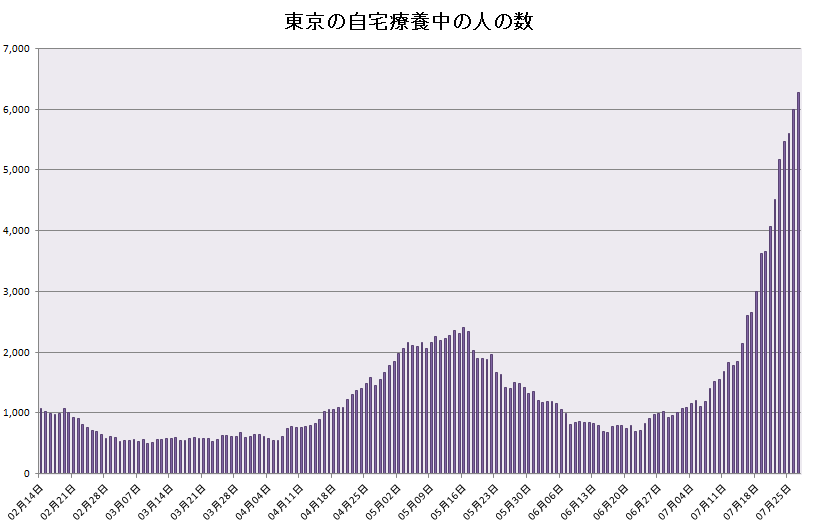 ↑↑ In Tokyo, about 16,000 people are currently receiving COVID-19 treatment, so it seems that 6,000 of them, about one-third, are receiving treatment at home …

By the way, Tokyo hit a tremendous number of infected people yesterday with more than 3,000 people, but the governor of Tokyo, Koike, said as follows. …

“Vaccination has accelerated compared to the third wave. The proportion of people in their 60s and older who are more likely to become severe has decreased.”
“So the infection situation is different from the third wave (= there is no problem even if the number of infected people is large as it is now)”
“I would like you to continue taking individual measures such as refraining from going out until the effect of vaccination appears as a decrease in the number of infected people.“

I’ve translated it a little, but she seems to think like this …

in short…
①The government does not intend to take any new measures (do your best individually)
②Do nothing until the number of infected people decreases due to the vaccine effect. Watch the situation

By the way, Mr. Nishimura, the minister in charge of economic revitalization, who is the leader of Japan’s COVID-19 measures, which has not been talked about recently, said as follows.

By the way, Mr. Nishimura, the minister in charge of economic revitalization, who is the leader of Japan’s COVID-19 measures, which has not been talked about recently, said as follows.
“In Tokyo, thousands of estaurants have not been able to cooperate with the time saving request, and the city is thoroughly patrolling.”

… No, that’s why the infection is widespread, so YOU should crack down on it …

What this overwhelming sense of helplessness ……………………
Hey, each governors and politicians, COVID-19 is not yet in the “normal cold” state of “anyone can be vaccinated at any time” like influenza …

By the way, I will talk about it after a long time, but about the example of Google’s forecast of the number of infected people!
The infection prediction in Tokyo is this, but … ↓ 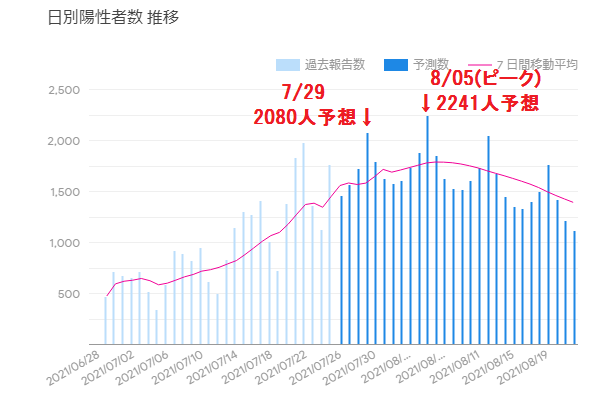