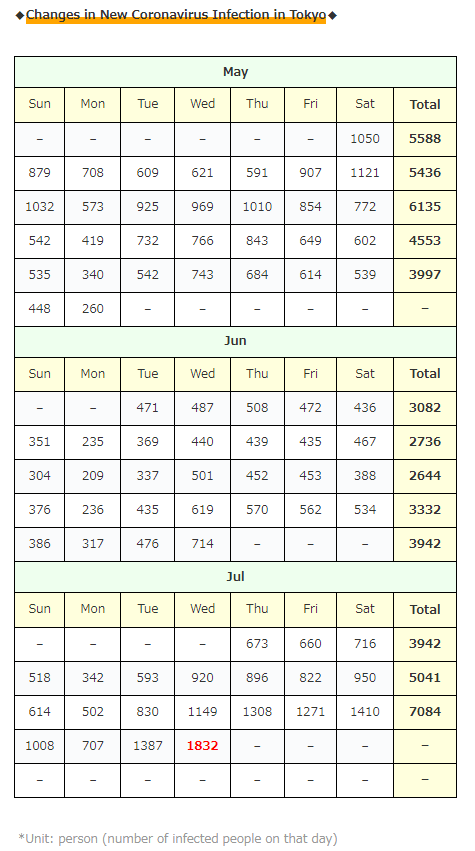 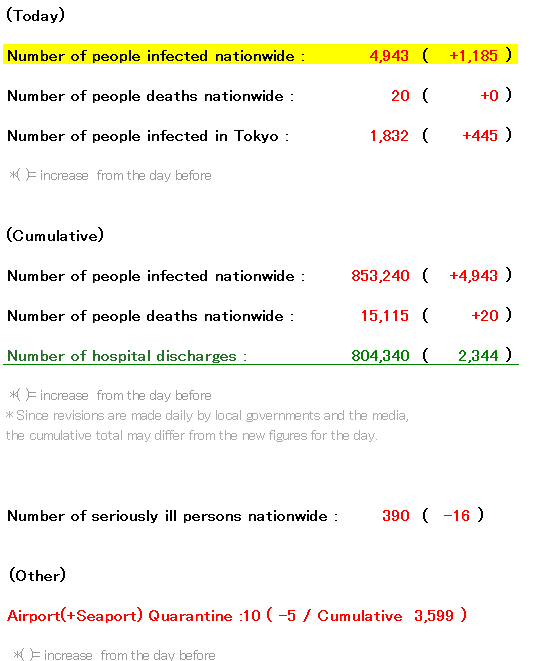 The number of newly infected people in Tokyo is in the 1800 range on “Wednesday, which is always the first to increase in a week” … 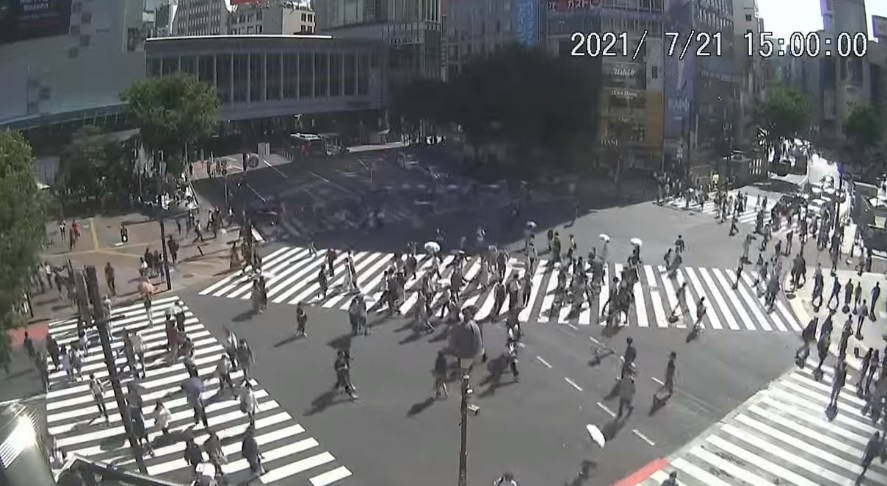 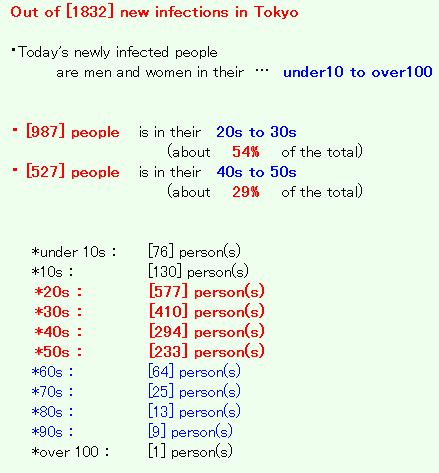 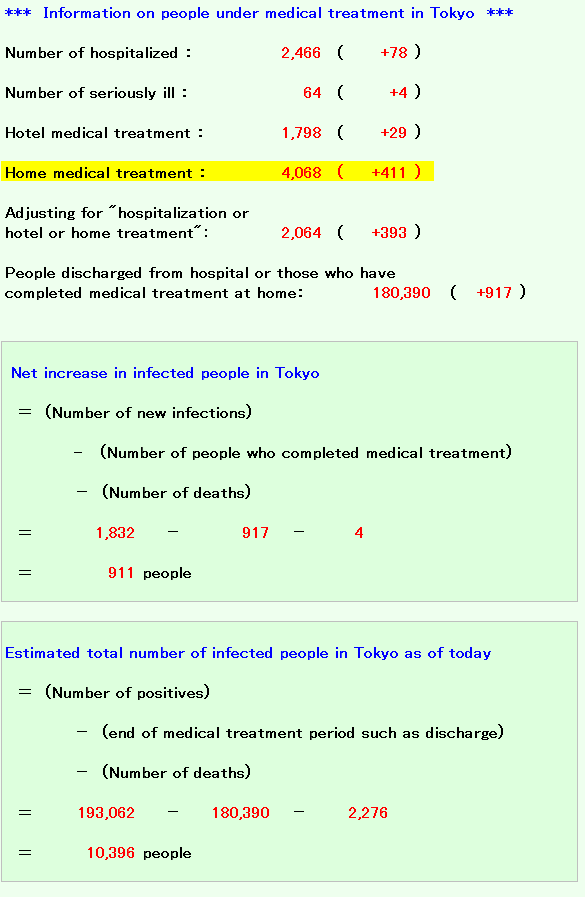 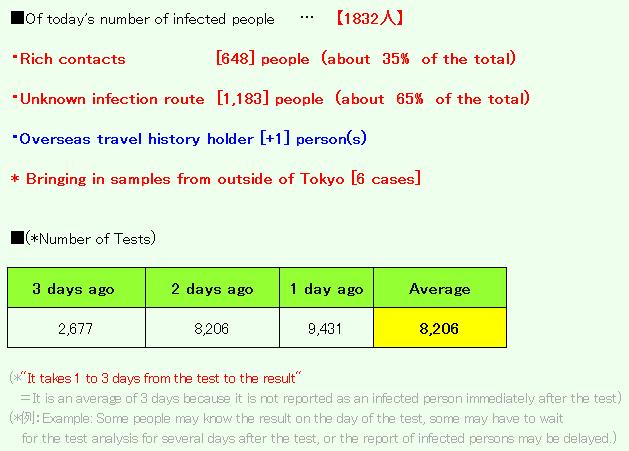 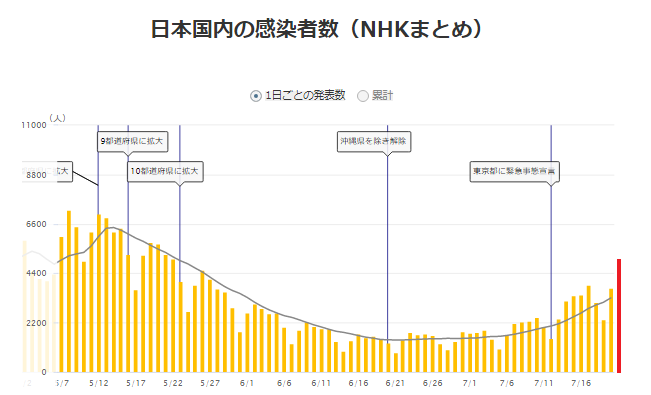 Until recently, the infection situation in “only Tokyo” was dangerous for the past month or so, but recently it has become dangerous in “all over the country” …

And other than that, the domestic infection situation is not good …

(Number of infected people in each prefecture on July 20) 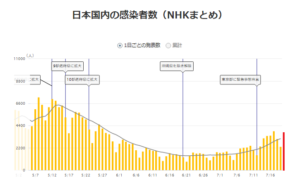 ↑Again, the number of infected people per day has decreased in single-digit areas …

By the way, Hokkaido seems to request the government to take “priority measures such as prevention of spread” because the infection has completely re-expanded …

According to domestic standards, the number of infected people per 100,000 people in “Stage 4” is 25 people, but it seems that there are already 24.5 people in Hokkaido now …

However, Hokkaido is quick to act!
Yesterday it was still a little over 100 people …

Compared to that, the number of infected people in Osaka was 313 yesterday …

It seems that 1,500 employees from Osaka City and Osaka Prefecture held drinking party every day while requesting to refrain from drinking parties …!

They are the “requesters” of the citizens …

But it occurred this year’s “between March and April”, so I hope you will refrain from doing it right now …!

And … the spread of Tottori’s infection doesn’t stop …! 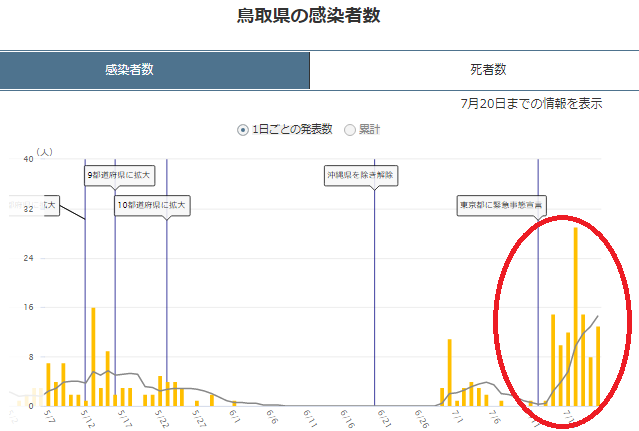 It’s been two days in a row … Good luck Tottori!

USA “Most infected people are unvaccinated”

“We found a missing Ugandan Olympic candidate! he was at his friend’s friend’s house in Mie!”

… As mentioned above, all the articles are meaningless…(dry laugh)

The infection situation in Japan is very dangerous!, but … ,
As you can see from the crowds in the city, I wonder if there aren’t many people who care so much …?
The news is quite small …

Is this all right in Japan!?
Large-scale vaccination will be available at the end of next month!?
Until then, the infection will continue to spread!?