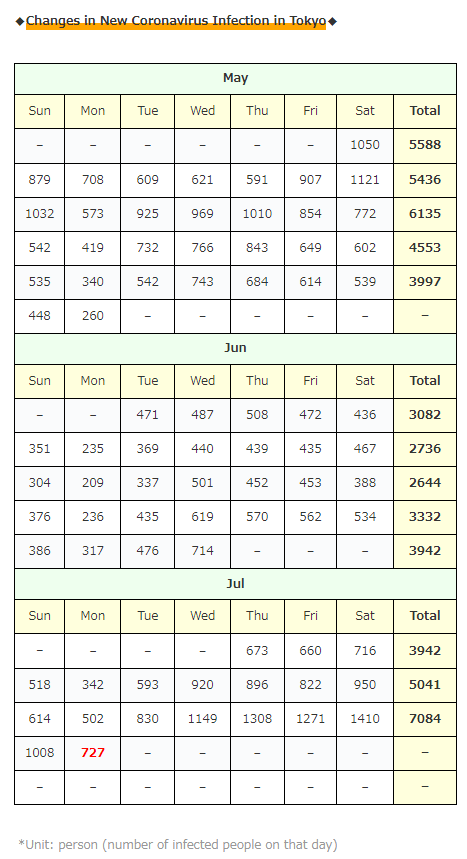 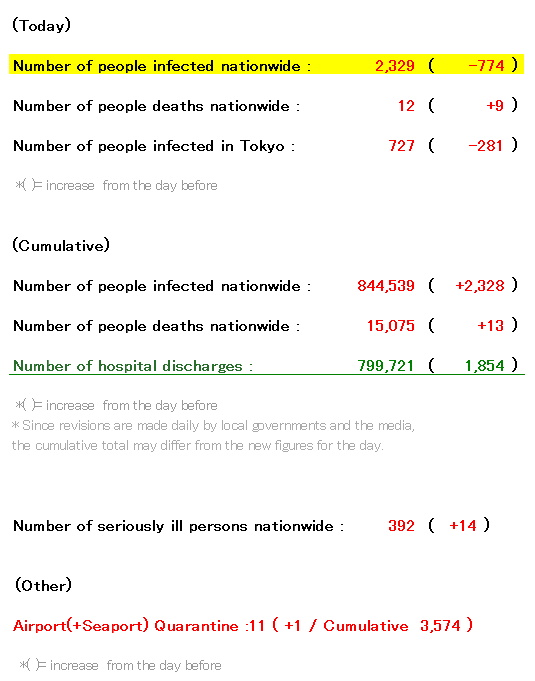 Monday has been the “lowest number of the week” for a long time, so this week’s MAX is … scary just to imagine … 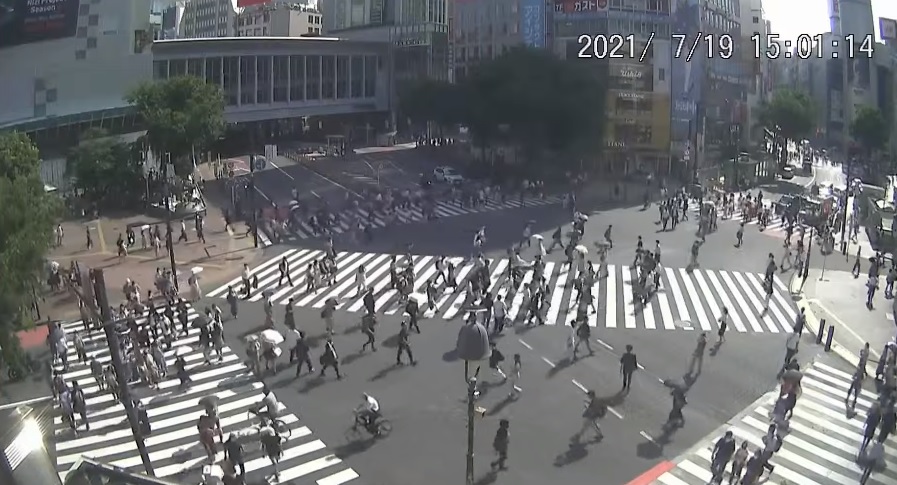 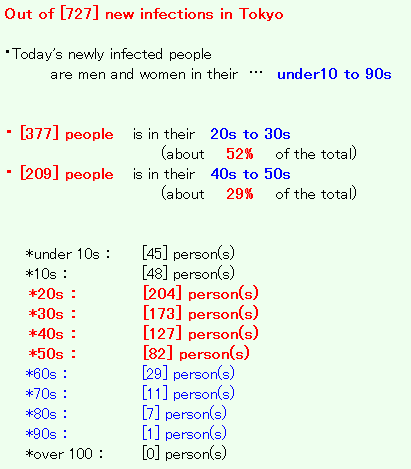 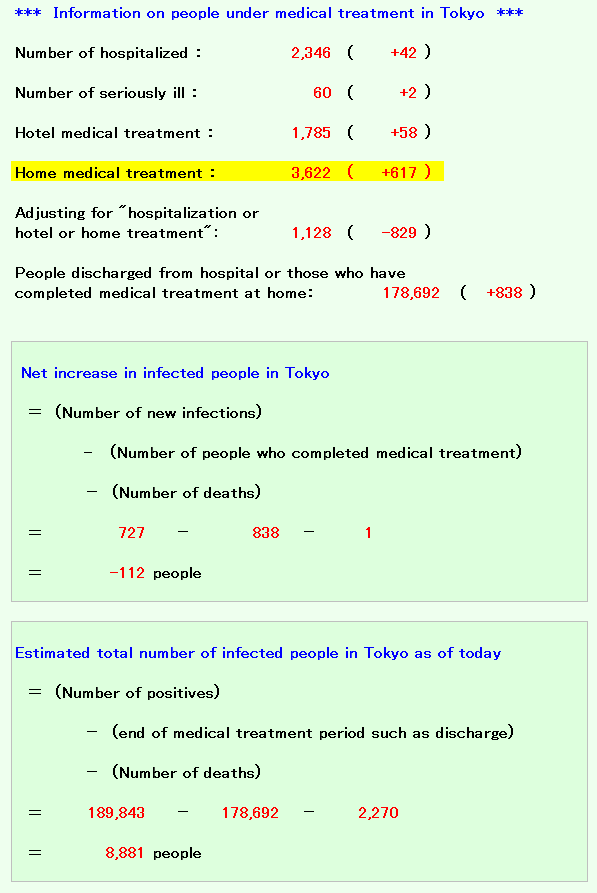 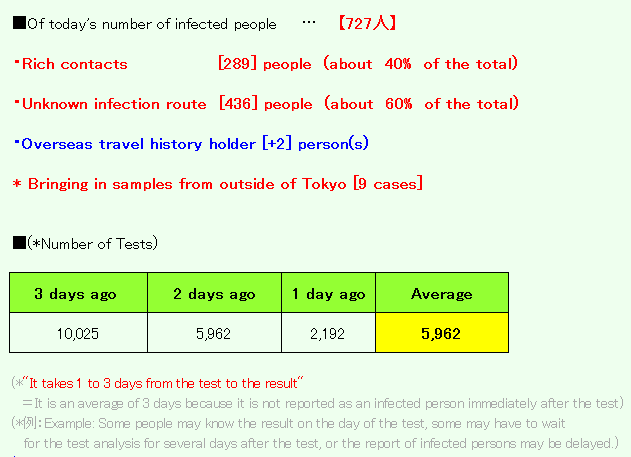 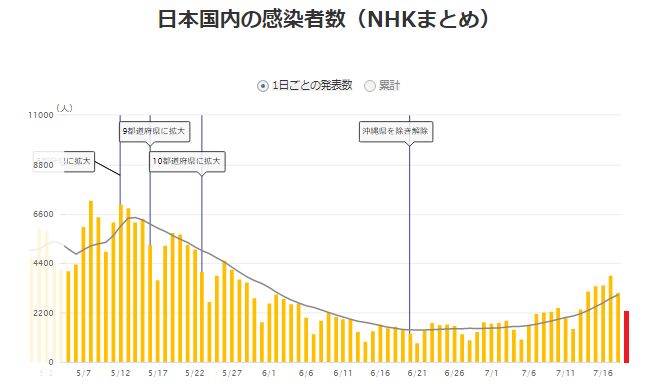 By the way, the infection situation in Japan is getting worse “day by day” … 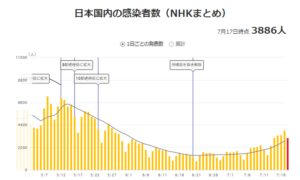 Still, there seems to be no sign that the number of people in the city will decrease … 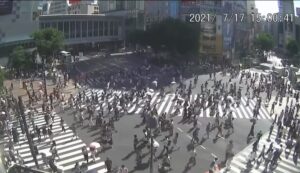 it seems that a “heat stroke warning alert” was issued, but it makes me want to say “I’ll give you a different alert (infection alert) instead of that alert!” (Angry) … !! Lol

Compared to Saturdays and Sundays of the third state of emergency (April 25th to June 20th), the number of people in the city has increased tremendously as shown below …!

It seems that the vaccine will come in 220 million times by the end of September, but…

I feel that “What !? The infection will continue to spread to that extent …? Then, by that day, the number of infected people per day will be tens of thousands …”

By the way of by the way (←lol), this number of “2400 people” was estimated at the monitoring meeting in Tokyo, “If the infection spreads at this pace, the average weekly number will reach 2400 people on August 11th.”

As like that, the current situation in Japan seems to be dangerous …!

The Tokyo Olympics are about to be held this weekend, but …

It seems that Taiwanese genius IT minister, Audrey Tang, has also canceled his visit to Japan…

Also, it seems to be the first time in the Olympic Village, but it seems that two new infections have been found …!

It seems that the South African soccer team entered the country on the 17th, and as of the 18th yesterday, a total of 3 people have been infected …

The PCR test system seems to be working well …

Even in such a situation, as an athlete, it seems that he wants to hold an event with an audience, but …

While understanding that medical professionals are doing their best,
and also understanding that they are in a position to thank the Olympics as much as possible,
he said that “I’m glad to have audience as a player,” and also “I want Prime Minister Suga to consider holding the event with spectators again” …

I understand his feelings, but I think it would be great if he could think about his “understanding” again and think more seriously about his “life-threatening infection situation” …

This week has already begun, and the four consecutive holidays and the Olympics are getting closer and closer, but I hope this summer will be convincing after everyone is done …

And even in Israel, where vaccination is the most advanced in the world,

the number of infected people per day seems to have exceeded 1000 for the first time in 4 months …!

It’s tempting to shout, “In Israel, the vaccination rate for people in their twenties and above should be over 80%, but why is that happening !?”, but
actually, about 40% of the recent infected people are teenagers.

The teenage vaccination rate in Israel is still around 30% …

You can really see how important vaccines are … 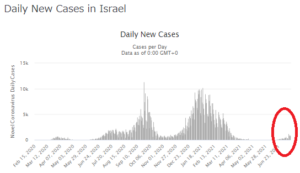 And even though there are 1000 people, it is like above in the graph …

After all Israel is amazing! Lol

Thanks to the talented Israeli government for getting the vaccine early!

…What?
What was the Japanese government doing during that time …?