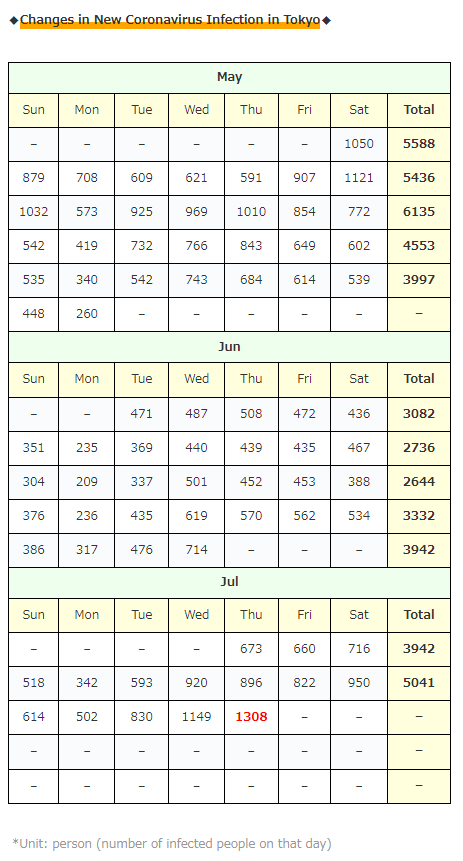 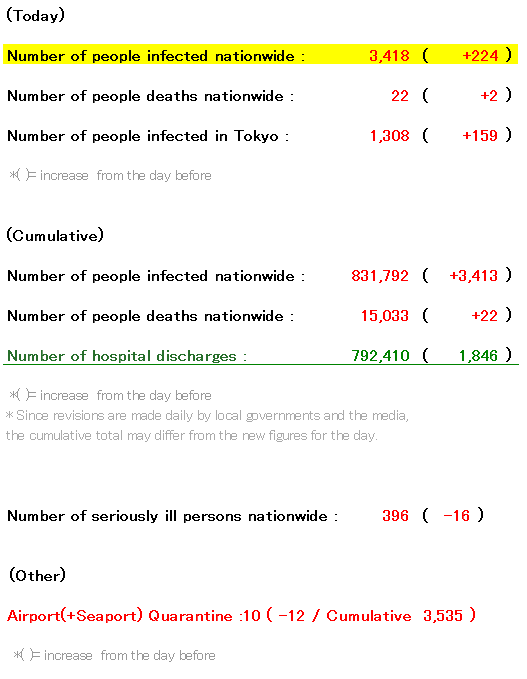 The number of new infections in Tokyo is …
Last week’s Thursday and Friday settled down,
But this week we have a pretty big number on Thursday too …

Hmmm … What will happen tomorrow and the day after tomorrow …? 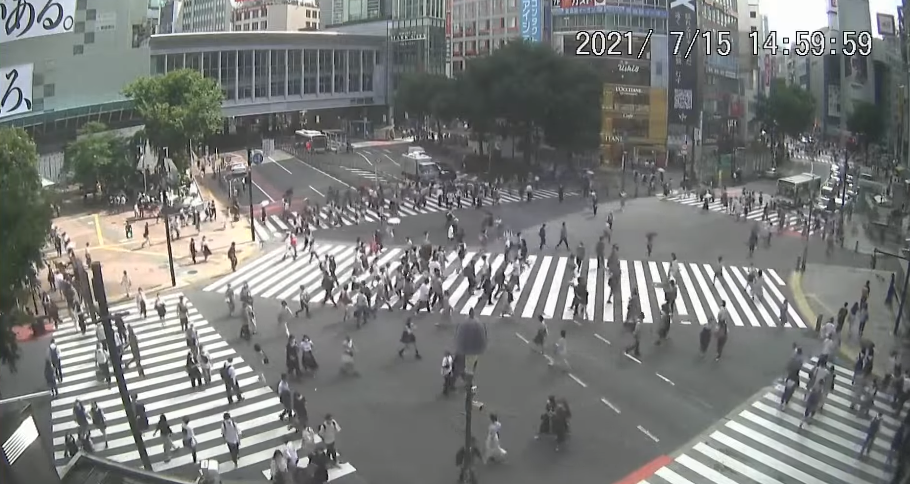 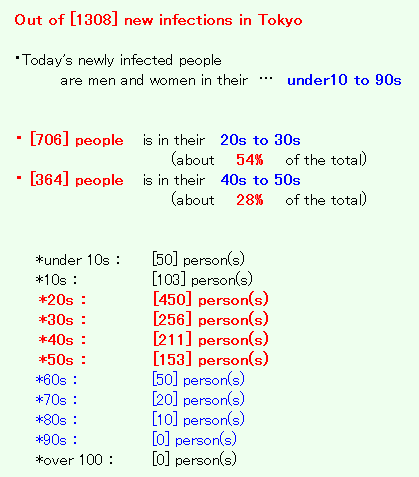 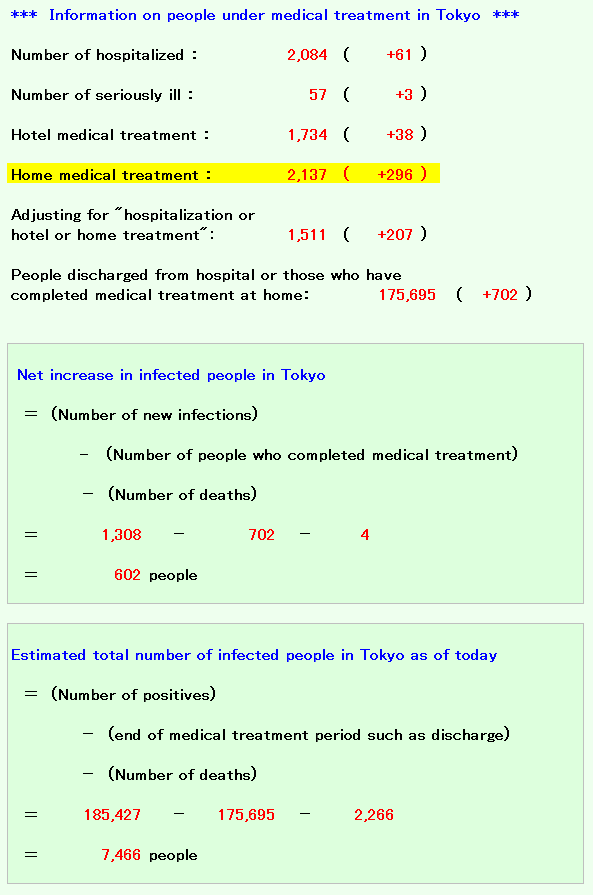 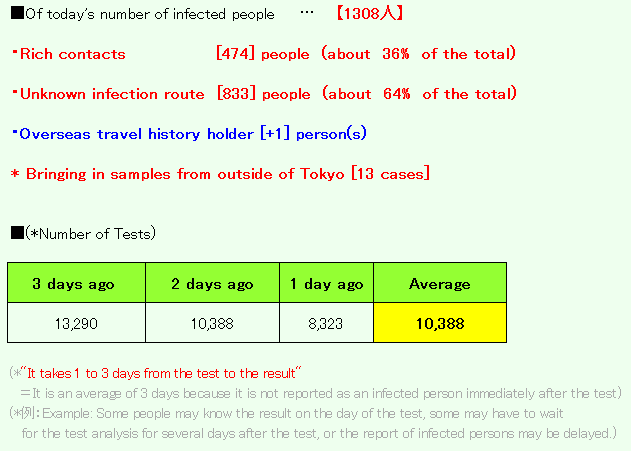 ・ I could only find the variant strain information … 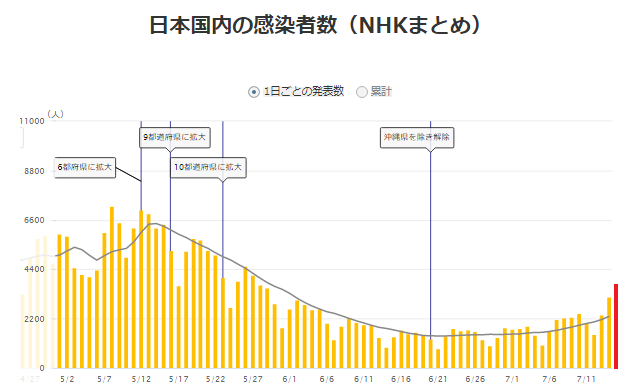 Already … I’m sorry … but if the same situation continues so many times, I feel something intentional …!

This time it seems that it occurred in Muroran City, Hokkaido, but it seems that 168 vaccines have been discarded due to “the refrigerator for vaccines turned off” again …

The same “outlet plug disconnection” is occurring not only in Hokkaido but all over the country, so it’s a bit too unclear …!

And in some big cities, “the government’s vaccine supply in the first half of August will be reduced by 10%” , but…
(*Because the input to the vaccination recording system is delayed, it is considered “in stock” by the government)

It seems that there is actually a surplus of vaccine in Kitakyushu City, Fukuoka Prefecture …!
I thought that all the cities were “missing entries”, but there are actually surplus cities …!

Of the 5,000 Pfizer vaccines that arrived at the end of June in Kitakyushu, there are currently 2,400 surplus …!

Reason…? It seems that “the age limit has been set too stepwise” …
Currently, it seems that the target is still 60 to 64 years old or younger, but I would like them to speed up more …

Then, for a moment, I jump to overseas topics, but it seems that a new side reaction of the vaccine has been found …!

It is said that 100 out of 12.5 million people have occurred in the United States …

However, this “Guillain-Barré syndrome” is said to occur in 3000 to 6000 people every year in the United States,
so I don’t know if it’s a side reaction … 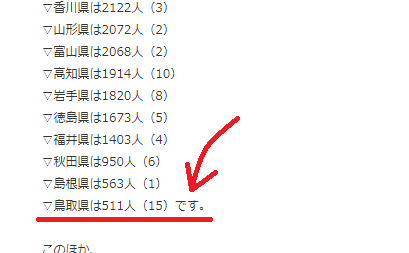 ↑Tottori, which has the lowest number of infected people in Japan …! ?? 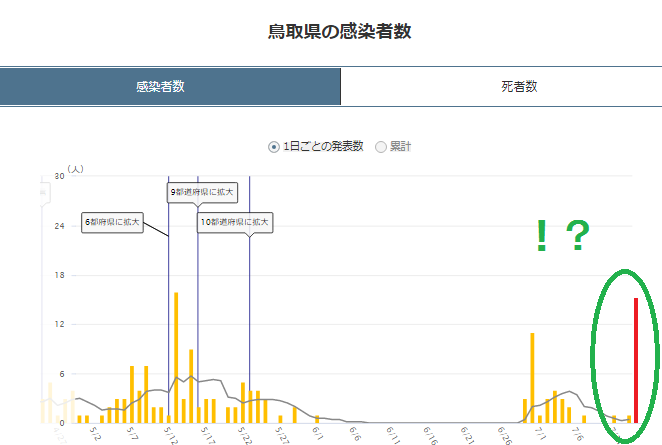 ↑Tottori, which had such a small number of infected people, suddenly exploded …! ??

I was a little too surprised so I looked it up … 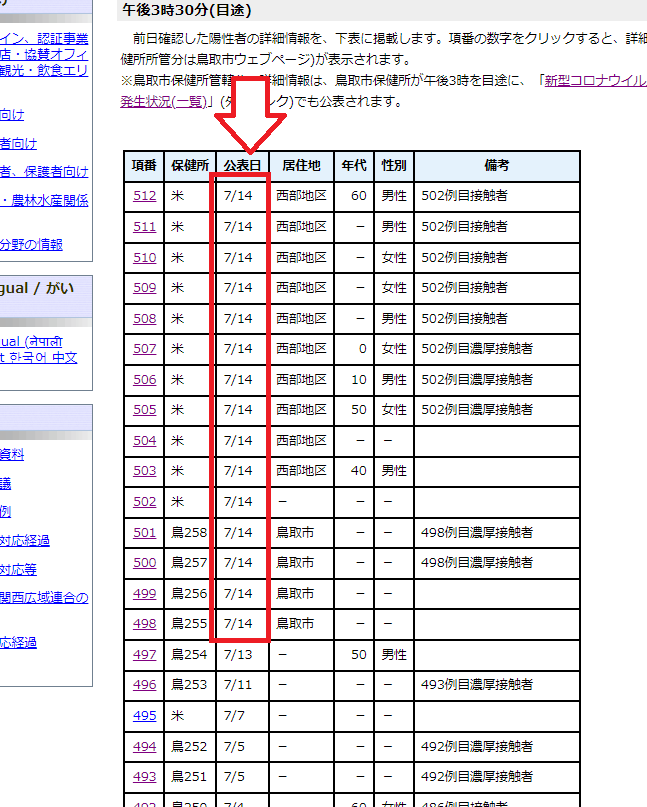 ↑ I looked it up from the Tottori Prefecture homepage, but it seems that there are many “rich contacts (=”接触者”)” that I saw …

When I followed each link and organized the data, it looked like this! ↓

↑In this way, except for two people (503 and 504), you can see that the number of infected people is 15 in almost two clusters,  the green group and the orange group …!

Everyone of above said that they had no history of traveling outside the prefecture …
In any case, Tottori Prefecture, which is the best in Japan for infection control, will surely lead to the end this time as well!

Is the Japanese government listening to this story properly? Lol

Yesterday, the number of newly infected people in Tokyo finally exceeded 1000, but …

Did you all hear what Prime Minister Suga said in response? ??

↑It seems that there is no new regulation, no countermeasures, and “only vaccines can be solved” …, the Prime Minister has finally issued a “declaration of help” …

If you forcibly take it positively, I guess it means that… “Because we already issued a state of emergency, please bear with the increase for a week! It will start to decrease after a week! “…

We seem to live in a terrifying country …