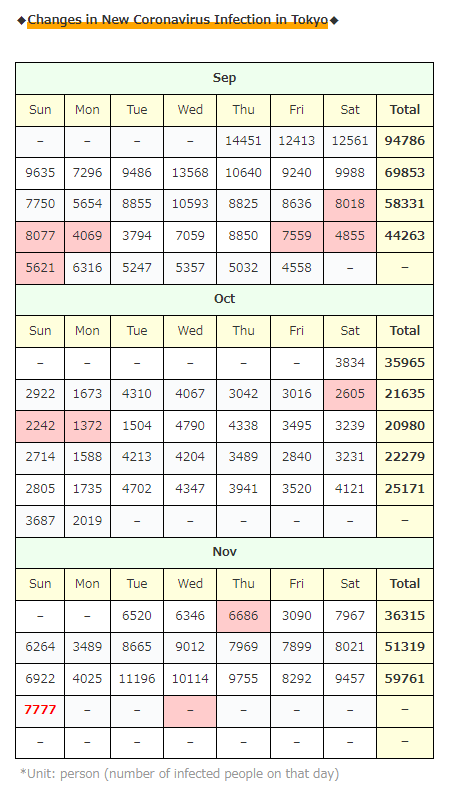 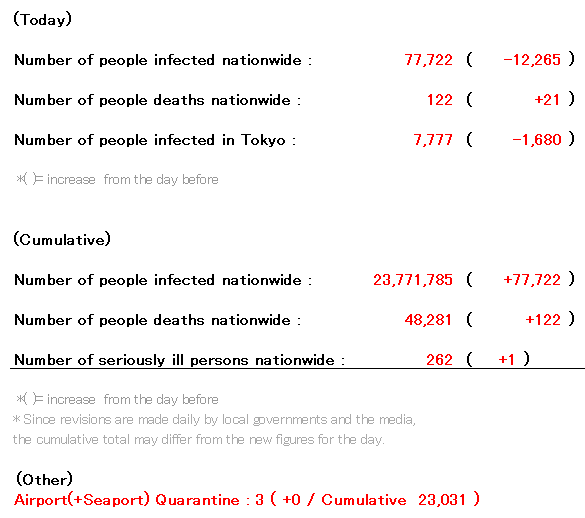 It looks like it will continue to increase this week… 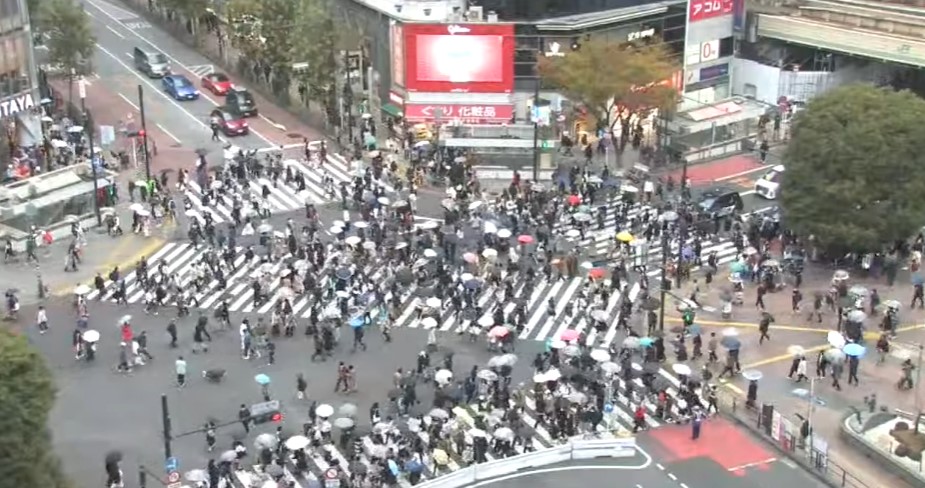 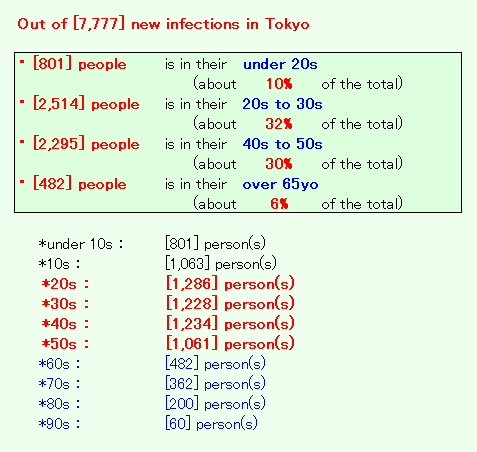 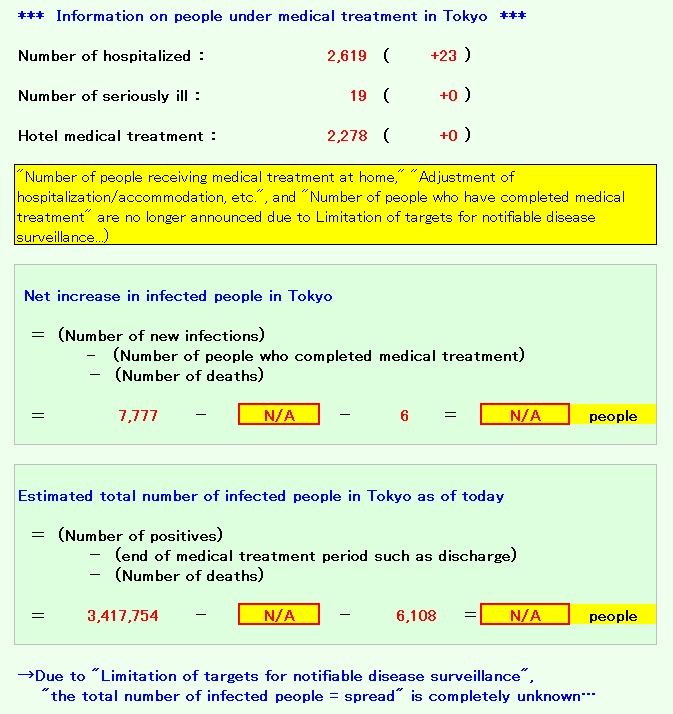 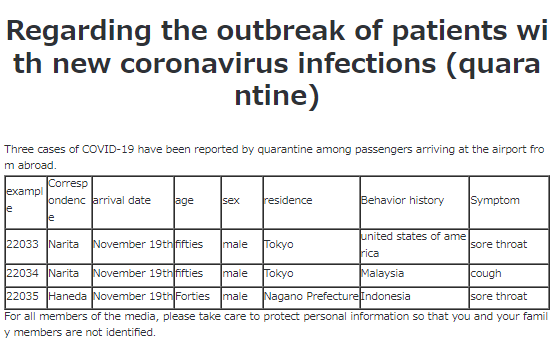 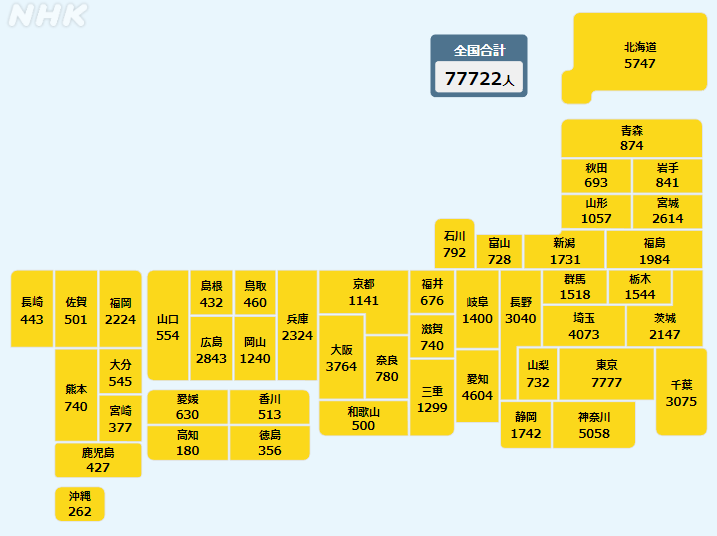 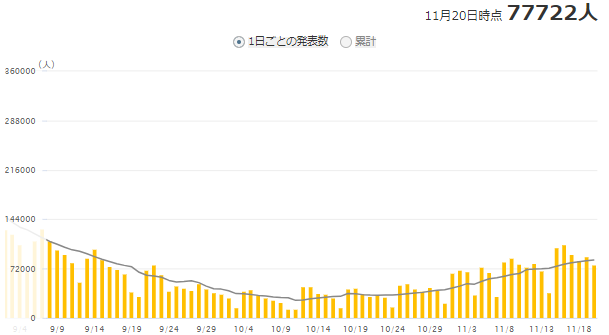 Last week, the “expansion of infections” continued throughout the week, and it felt like “Well, what will happen after this week?”, but…

according to a trial calculation by a research group at Nagoya Institute of Technology, the number of new infections in Tokyo will reach 36,000 by the end of the year, which is higher than the seventh wave.
(*Estimated by AI=artificial intelligence)

And it is said that the number of deaths is expected to reach 30,000 by the middle of next month, and the daily death toll will reach 20 by mid-January to early February.

I think that other prefectures will surely follow a similar trend, but there is no sign that effective measures will be taken this time, so it seems that it will be “naturally increasing, naturally decreasing”.

By the way, when it comes to the current infection situation nationwide,

surprisingly, it has continued to increase nationwide for 5 consecutive weeks.

↑Unfortunately, it is increasing steadily.

By the way, as mentioned in the article, it seems that each prefecture is also changing between 1.1 and 1.3 times.

With that feeling, the whole of Japan is in a dangerous situation again, but…

“I want to stop grasping all! I want to limit of targets for notifiable disease surveillance!”
“I want to stop refraining from moving to revitalize the economy!”
Governors across the country foolishly made such a fuss during the 7th wave, but now it seems that they have started to make the following remarks…
“We are feeling the 8th wave of infection, and there is no denying the danger that the infection will spread even further.”
“There are many issues, such as the medical provision system and the home testing that supports it.” 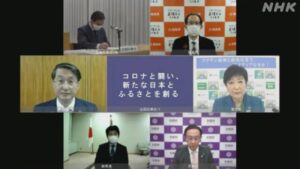 The Ministry of Health, Labor and Welfare’s advisory board (expert meeting) still does not want to recognize it as the “8th wave,” and says

“If the trend continues like this, we might end up in the 8th wave.”
“You have to watch out for new variant viruses, too.”
They only say such obvious things.
However, in the end, even if these people had some kind of meeting, everyone knows that nothing will change in the last three years, so what is the meaning of this meeting?

Oh, but more and more people are taking off their masks in the streets every day, and in that sense, these people above may be war criminals…!

Now, unlike usual years, it is said that “there will be a simultaneous epidemic of COVID-19 and influenza!”

At Owada Elementary School in Hachioji, Tokyo, 19 out of 79 first-year students caught the flu, and many second- and third-year students were absent due to the flu, so it seems that measures are being taken to close grades and classes. .

Nationwide, the number is still low compared to before the COVID-19 disaster, but it seems to be gradually increasing.

… I would like them to draw a correlation chart between
the “mask non-wearing rate”
and
the “number of influenza infected people”…!