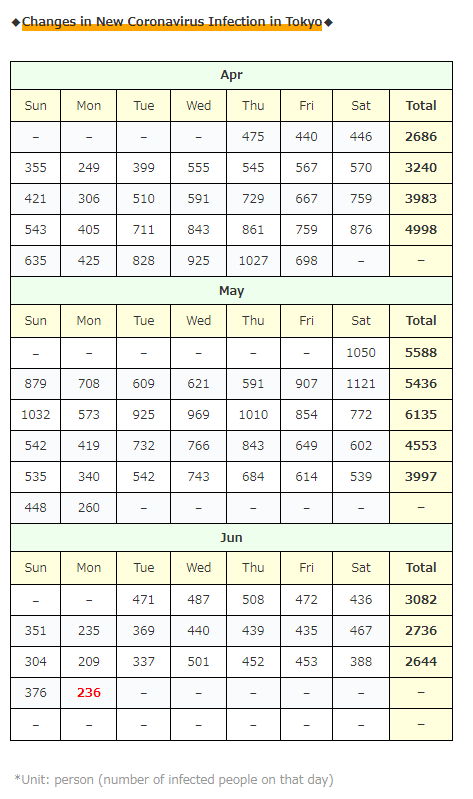 The number of people in the city is still high, and it feels like a “normal life” … 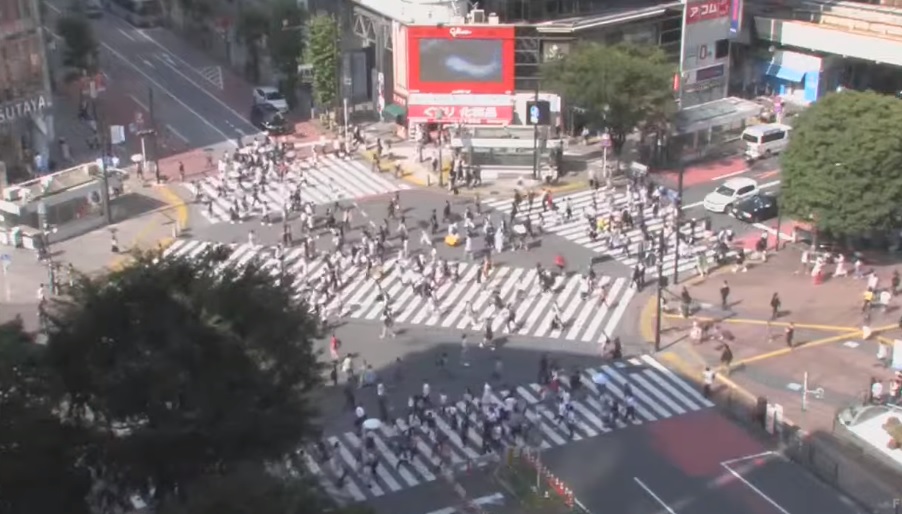 *It seems that infection is spreading in Ichihara City, such as clusters occurring in cabaret clubs.

・”Towa no Mori Sanai High School” in Ebetsu City
*Today [1] person(s) / Cumulative [9] person(s)
*This is the third cluster at this high school.
(I feel like it’s all in one cluster, but …) 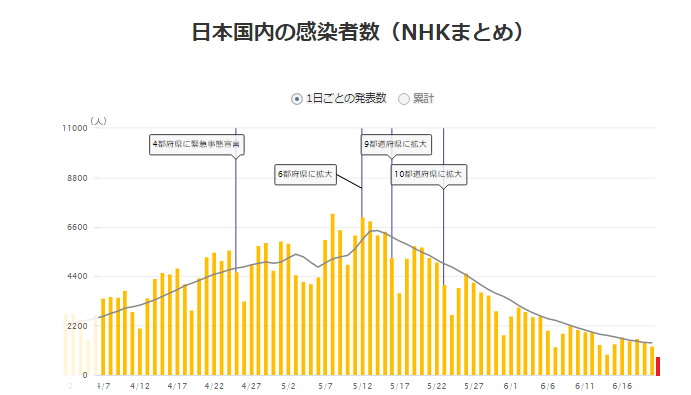 ↑ By the way, there was an article about “What is the difference between a state of emergency and priority measures such as prevention of spread?” 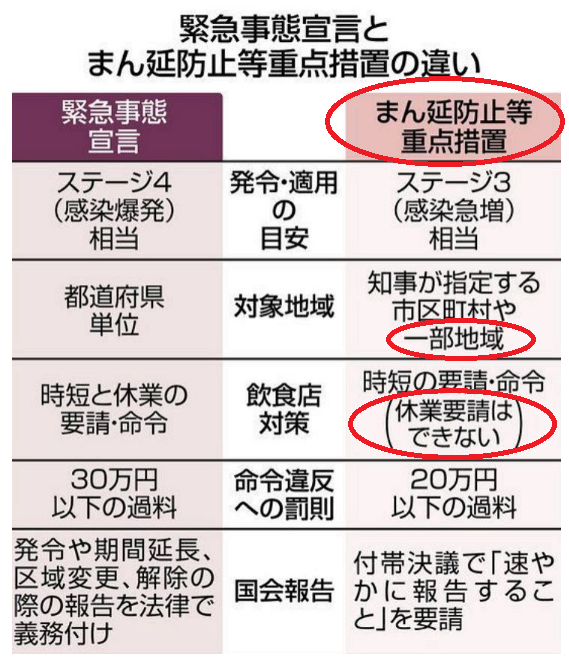 ↑ Basically, the points to note about the difference from the “state of emergency” of “priority measures such as spread prevention” are as follows!

①”Some areas” instead of “whole” of prefectures
②Local governments can only request companies to shorten business hours, not leave requests.

I hope it works …

And regarding the Olympics, it seems that it has been decided that all public viewing planned by Tokyo will be cancelled!

Olympic Organizing Committee, Chairman Hashimoto
“At all venues, the maximum number of spectators is 50% or less of the capacity and 10,000 people.”
＝It seems that the audience will enter the venue instead of holding no audience …

↑ These guys are really crazy …

By the way, it seems that the Governor of Tokyo, Koike, and Prime Minister Suga had a meeting last Saturday, but …

The specific content is not reported on any news site, so it seems that they only talked about small things … lol

And I think there are many people who are interested, but…

It seems that Disneyland / DisneySea (Chiba Prefecture) will continue its short-time business (10: 00-19: 00) and suspend the alcohol menu until July 11, which is the deadline for priority measures such as prevention of spread in Chiba Prefecture…!

Also, at department stores such as Tokyo and Osaka …

According to the transition from the state of emergency to priority measures such as prevention of spread, it is said that the entire building will be open not only on weekdays but also on weekends!

It seems that orrespondence varies depending on the company …

By the way, the topic changes, but in Japan, many people think that “AstraZeneca vaccine is dangerous because there is a risk of side reactions to thrombosis”, but…

On the contrary, in Europe / Belgium, it seems that it is being tried because it is not delivered according to the contract …!
(*The EU had signed a contract to supply 120 million vaccines by March this year to AstraZeneca, but it was brought to court because only 30.2 million were delivered, and as a result, the court seems to have ordered AstraZeneca to supply 80 million times by September of this year. )

In Europe, it’s an AstraZeneca vaccine that they want to get even after a trial, but …
what is Japan doing …

This is the last article of today …

The other day, Japan provided a vaccine to Taiwan and it became a hot topic, but this time it seems that the United States also supplied Taiwan with 2.5 million Moderna vaccines!

The population of Taiwan is 24 million, and the amount of vaccine that Taiwan has received from overseas is 2.3 million (including 1.24 million provided by Japan), so the sum of the amounts provided by Japan and the United States is still not enough, but I hope this kind of mutual help will grow!

However, also in Japan, vaccination under the age of 64 has not yet begun …

First of all, I want vaccination in Japan to proceed even faster!

By the way, mass workplace vaccination has finally started!

I envy those who have been vaccinated, but … lol

But anyway, the world of COVID-19 will not end unless vaccination spreads throughout Japan,
so I hope that vaccination will continue to progress in Japan!