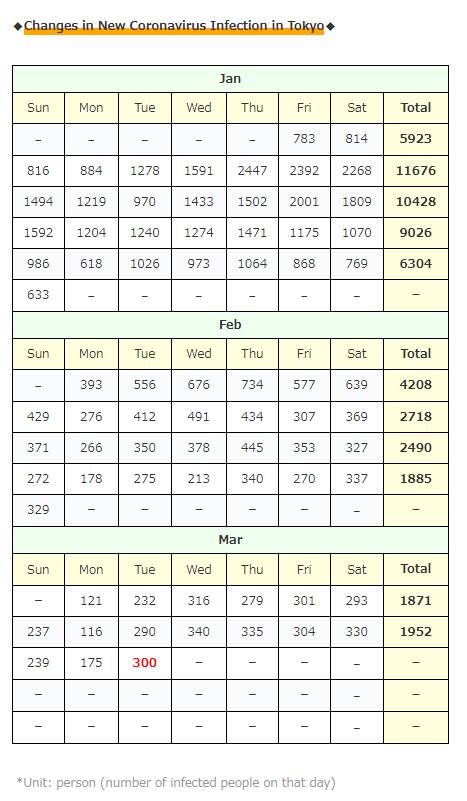 And even if I look at the number of infected people by prefecture, I’m worried that only Tokyo has an unusually large number of people … 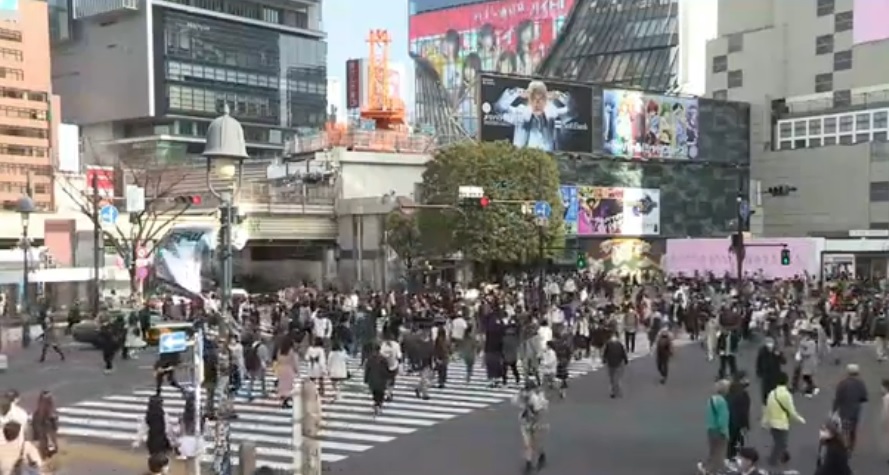 ・Infection in the facility [40] people 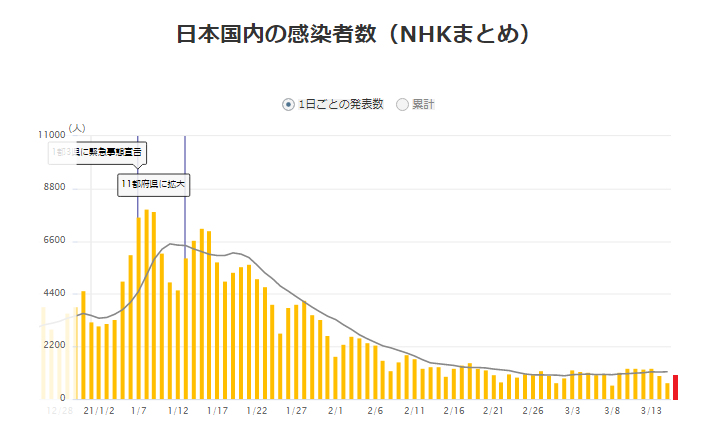 There was news that I had completely forgotten today! Lol

In Miyagi prefecture, “Go To Eat”, which was restarted on February 23, was stopped again from March 16 due to the rapid increase in the number of infected people in the area recently …!

but there were some areas where the business was restarted …!

It’s true that only four areas in the Kanto region are in the state of emergency!

It seems that it was stopped after only 3 weeks of resumption because “clusters occurred one after another in restaurants such as Sendai City after the resumption” …! 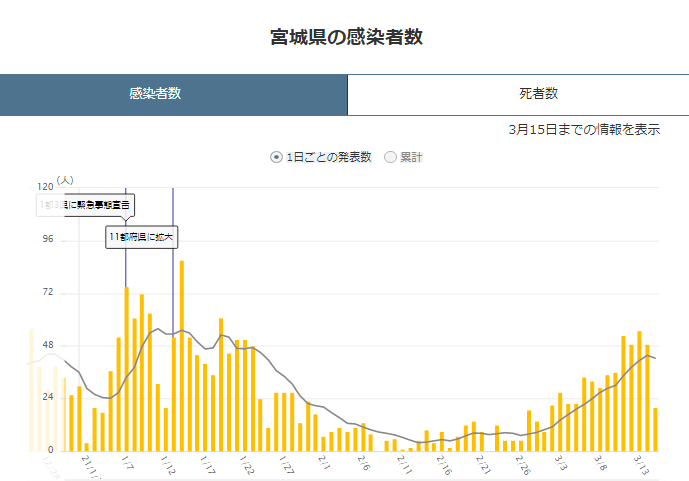 It’s too scary to think about resuming GoTo Eat in Tokyo in the future …!

And about “Is the state of emergency (extension) in the four Kanto regions canceled on March 21?”, which suddenly became a hot topic last weekend,

“When I extended it for two weeks, I wanted to improve the tightness of the medical care provision system.”

“It’s not a situation now to say whether to extend the declaration.”

Chairman Omi of the government subcommittee

“The state of emergency was effective.”

“We should avoid making decisions without analyzing what is causing the bottoming out.”

“Isn’t there an invisible source of infection?”

“If we leave it alone and just extend or cancel it, you can’t solve COVID-19.”

Even those who take command of infectious disease control in Japan seem to be in a state of “I don’t understand!” about currently infection situation…!

By the way, what the governors of the four Kanto regions think about currently situation  of the state of emergency is as follows.

“Now we are strengthening the test system and securing beds.”

“It is important not to get infected” 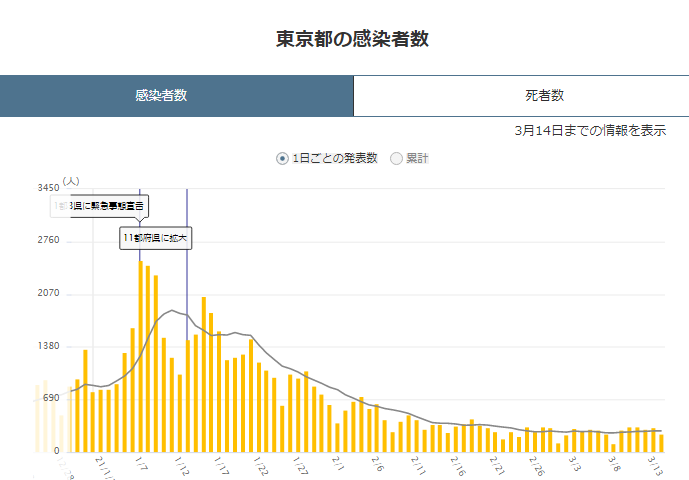 “The number of newly infected people is increasing and there are signs of rebound.”

“At this point, we are not in a situation to request the cancellation of the state of emergency.” 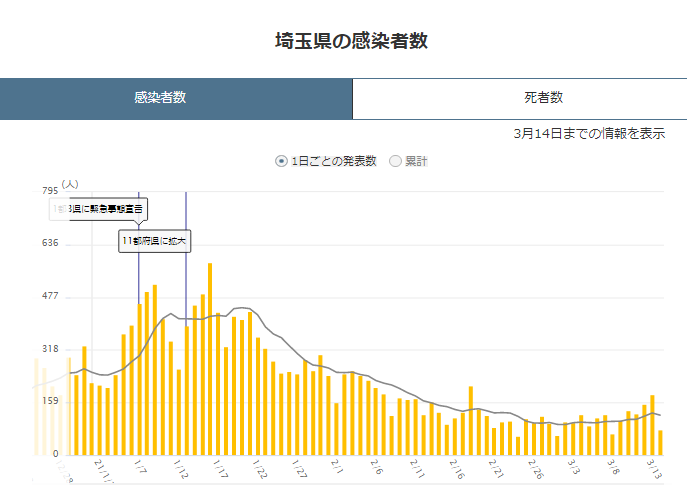 “I want to take thorough measures so that it can be canceled as planned.” 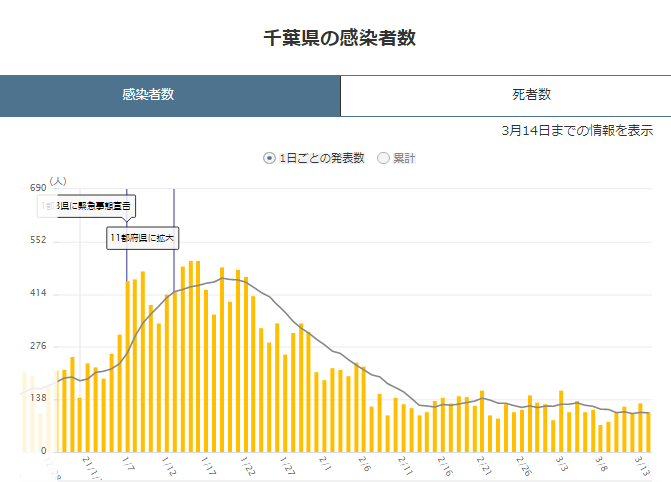 “Although it is said that it has stopped falling, it is gradually falling.”

“The direction of declaring is becoming clear.”

“The effect of the declaration itself is fading.”

“It is better to release it once and gradually relax it while thoroughly implementing measures.” 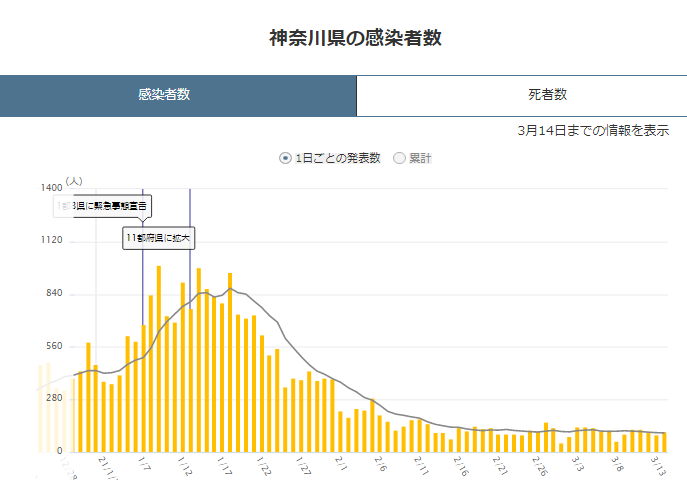 Saitama  → Cancellation is still a long way off

Chiba  → They want to cancel

Kanagawa → They want to release it (super optimistic)

Even if it is extended as it is, it is meaningless unless additional measures are taken, but since it is a state of emergency, it is thought that the number of infected people does not increase rapidly, so it is a difficult place …

It would be best if the number of infected people continued to decrease …!

It seems that the following conditions must be met in order for Tokyo to reach Stage 2!

SHowever … The current situation is during the “flat-increasing?” period, so it seems that as soon as the state of emergency is lifted, the number of infected people is likely to increase dramatically …

I hope I can manage to make a soft landing!