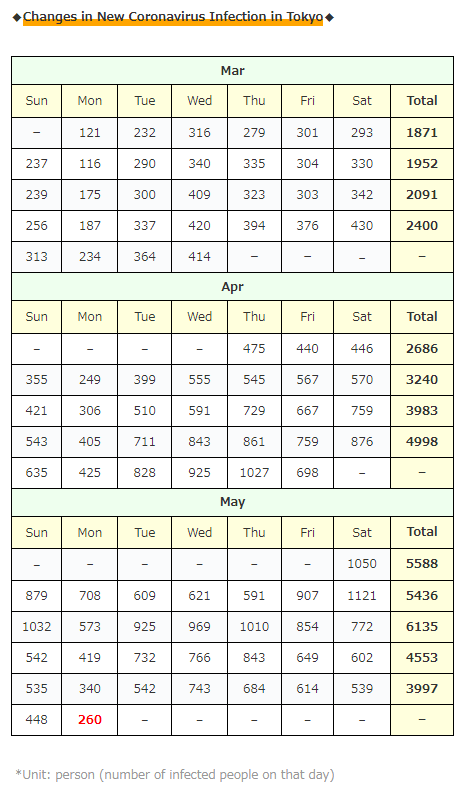 Looking at the week last week, the infection situation in Tokyo seemed to have stopped declining, but looking only at Monday, it has been steadily decreasing.

It seems that the number of infected people was “quite” small nationwide today, so I hope it will continue to end …! 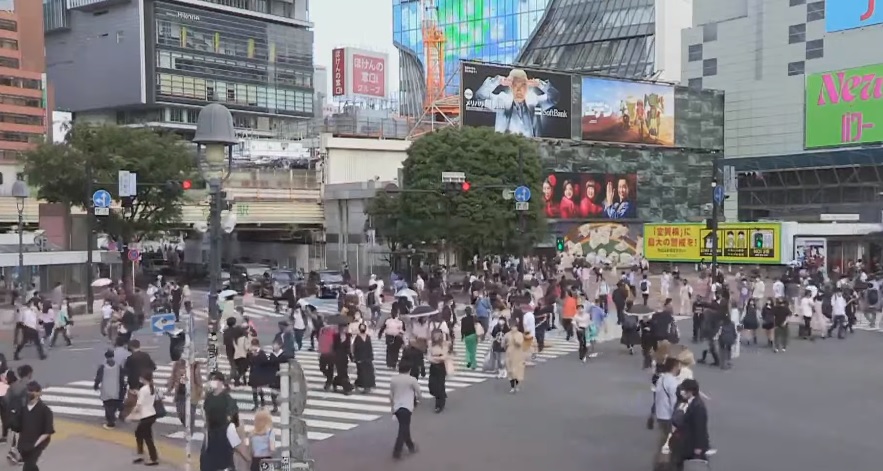 *Among the infected people counted today, there are [23] cluster relationships, including the above… (Other than the above, add 2 or less each) 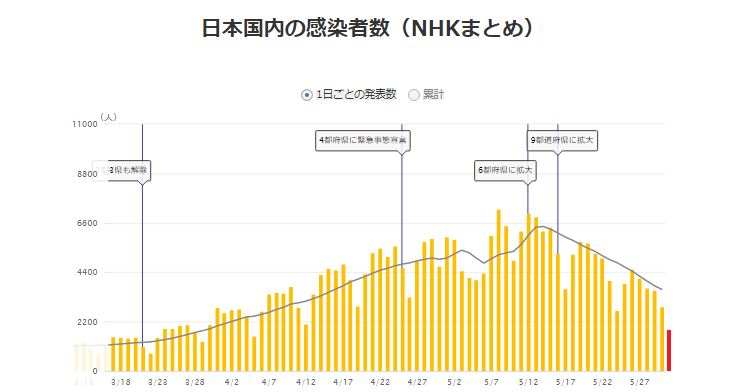 ↑ The state of emergency and priority measures such as prevention of spread have been extended, so Japan should still be the “most important caution period” …, but…

It seems that (Although only on weekdays,) the department stores in Tokyo will be open as normal business from June 1st tomorrow …

This time, it seems that a hybrid variant stain of “Indian stain x British stain” was found in Vietnam …!

It seems that both infectivity and proliferation (replication) are very fast.

The new coronavirus (COVID-19) is still too scary all over the world, but there was news like this!

“It is very likely that the new coronavirus was transmitted from animals to humans, but it is very unlikely that it was leaked from the Wuhan Institute of Veterinary Medicine.”, but

after all, the Wuhan Institute of Veterinary Medicine theory seems to be becoming more credible …!

The following are new facts …!
①China destroyed thousands of samples obtained from the human body
(*WHO only wrote that “the sample could not be inspected”)
②China has been conducting a large-scale survey of 69 wild animals near Wuhan before the onset of the new coronavirus was reported (December).
③As of November 2019, three researchers at the Wuhan Institute of Veterinary Medicine had been taken to the hospital with symptoms that seemed to be COVID-19.

If it becomes unreasonable as it is, it will be such a global crisis in the future  again, so I want them to clarify it as soon as possible …!

And there was new news over the weekend about vaccines!

German researchers have published a treatise on the causes of “thrombosis” that may occur with vaccination!

According to the treatise, “It may be caused by using adenovirus, which is a kind of cold virus, as a vector (carrier) of vaccine components”!

①AstraZeneca and J & J vaccinesare different from ②Pfizer and Moderna vaccines, but apparently, ①vaccine uses another virus (adenovirus) to carry the vaccine components in the body, so there is a possibility that a command error will occur in the process and thrombosis will occur!

(Original aim)
It wants the vaccine component to command the production of coronavirus spike proteins to cause an immune response in the human body.

However, although there is not much mention of this matter in the world, there is also the following information.

“Total 85 deaths after Pfizer vaccination”
“The cause of death is often stroke and heart failure.”
“The stroke of death from a side reaction is a hemorrhagic stroke“

Therefore, I personally think that “Also Pfizer’s vaccine is dangerous if you say that.”

However, after all, the number of deaths from “hemorrhagic stroke” is as follows.

↑In other words, it’s a number / ratio that can’t be said to be caused by a vaccine.

If the government puts out these statistical figures so far and compares them, we think it will be possible to statistically understand whether or not there is a side reaction of the vaccine, and we can rest assured!

In many ways, the Japanese government is too slow to disseminate information.

I wonder if some major site will give me statistics … lol

And regarding vaccination, Kobe City seems to have made a series of mistakes again …

About vaccination of Kobe city on May 29,

Kobe City is already making vaccination mistakes every day, so I think it would be better to take charge of vaccination by people from other prefectures, or stop vaccination once and start over from the training.