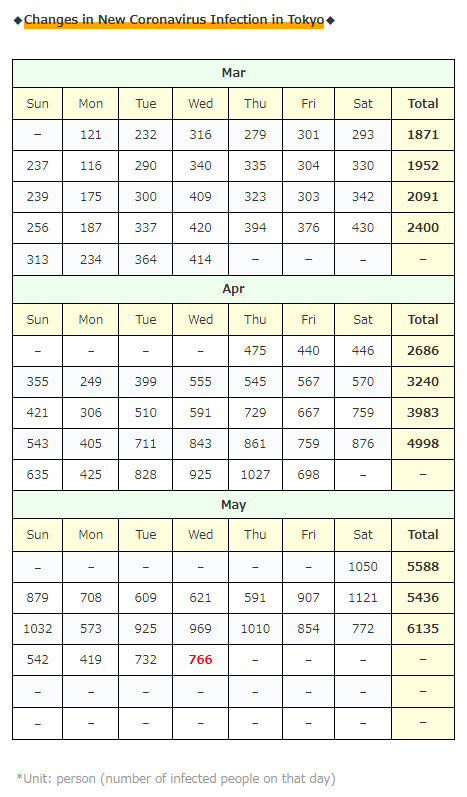 The number of newly infected people in Tokyo continues to be lower than last week …!

I hope that the number of newly infected people in Tokyo will gradually decrease, but I’m worried that there are still too many people and that the situation in Japan is still dangerous except for Tokyo and Osaka … 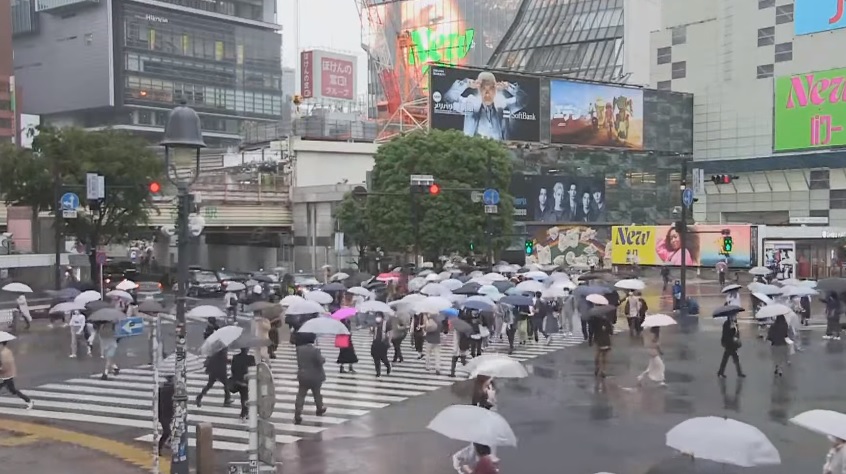 Adjusting for “hospitalization or hotel or home treatment” ： 913 ( +6)

*As of 20:30, the cluster information could not be confirmed. 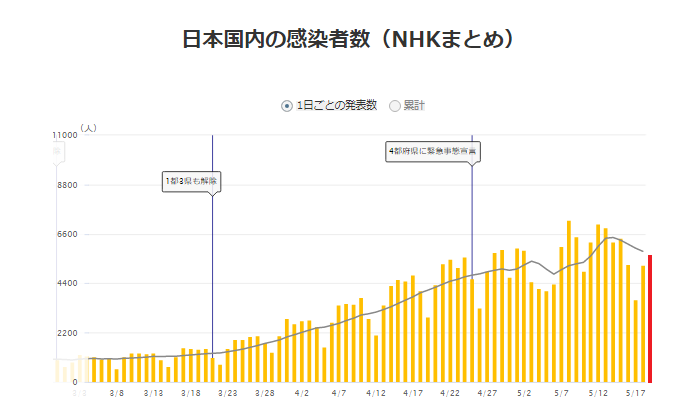 Today, I would like to start with the vaccine-related news!

I often see the news that “vaccinated medical staff have been infected”, so I thought “how many are infected in total…?”, but in reality it seems that it was only 0.03% of the total!!
(* It seems that 281 out of 1.1 million people.)

Also, it is said that the vaccine used at the large-scale vaccination site is made by Moderna, but…

in fact it has not even been approved yet and it seems that it is expected to be approved on May 21st this weekend …!

Despite the start of vaccination at the venue on the 24th, not only has it not been approved yet, but the government has already started preparing the venue and making reservations for vaccination... it is crazy…!

And in Yamato City, Kanagawa Prefecture,

a dentist was already in charge of vaccination for the first time in Japan!

And again today there were vaccination-related mistakes …

There are mistakes every day …

I had the following information today.

“The person in charge didn’t know if he had diluted the vaccine because someone else spoke to him while diluting the vaccine.”
→Discard the amount of 5 to 6 times

“At 39 venues in Nagoya City on the 16th, 173 doses of canceled vaccines were left over, 160 doses were vaccinated to other people, but 13 doses were discarded.”

I want them (government?) to manage the cancellation …

I think there are many ways to do it …

And finally … I introduced this news in this summary article yesterday … ↓

(From the summary article on May 18)

And although the topic changes, it seems that Tokyo has issued a closure order to 33 restaurants that do not respond to requests for shortening business hours.

Currently in Tokyo, 2% of the total does not seem to respond to the request, and among them, 33 restaurants that are said to be “clearly open and increasing the flow of people” seem to be subject to the order…

No … We don’t have that kind of discretion, so the Tokyo Metropolitan Government should check whether restaurants that don’t comply with it will be in the red even with cooperation and sustainability benefits, and “All restaurants that are open even though the result is not in the red” should be ordered to take a leave of absence…

About that, Japanese company “Global Dining” announced that it would not comply with the leave order …

The main points of this company are as follows

①Tokyo is not an emergency
②The Special Measures Law itself violates the Constitution
③Economic loss
④The company added a question to the statement of defense, but there was no response from Tokyo.
⑤There is no compensation even if we follow the order
(* 通常営業のお知らせ – グローバルダイニング)

①Tokyo is not a state of emergency
→It is not decided by your company, but by the government.
②Constitutional violation
→Do you know “public welfare”?
(*Japanese law emphasizes “individual freedom”, but there is also a statement on the premise that “as long as it does not interfere with the public welfare”. Many Japanese are selfish and insist only on their personal freedom.)
③Economic loss
→In that case, everyone may be convinced, so it would be better to publicize a detailed trial calculation of how much deficit will occur even if compensation is used …
④Question attached to the statement of defense
→”Defense book” is for justification
If you have a question, you should issue an open letter …
⑤There is no compensation even if you follow the order
→This company did not comply with the order even in the second state of emergency last time. At that time, they seemed to obey only for the last four days, and from the memory at that time, they said “The Tokyo Metropolitan Government does not provide cooperation money unless it responds to the request for a certain period of time, so the compensation is zero yen, but there is no reason to obey.”
However… you should have followed from the beginning.

In the notice column, they wrote a cool thing, “For customers who need our restaurant, to protect employees, to protect our business partners, we will continue to operate,” but actually, the staff income can be 100% covered by employment adjustment subsidies.

Unprofitable stores obey the request because they want cooperation money, and
23 stores in Tokyo do not obey because they have good sales,
the company seems to think only of its own interests like that.

I hope there is a good reason not to do so, but I don’t know if Japan will not obey because they cannot end the infection, or if it will never end because it does this kind of thing.

Not everyone wants to “do not obey the request = evil”, but just want to end COVID-19 firmly and live comfortably after the end …

It seems that there was a sudden announcement of the death of 121 people due to COVID-19 in Kobe yesterday …!

Until now, Kobe City seems to have confirmed the intention of the bereaved family as to whether or not the dead information was announced, but it was said that the confirmation work was delayed due to the spread of the infection.

No, it’s not personal information such as name …, in order to grasp statistics and infection status, the minimum information (age, underlying disease, etc.) should be given, not the intention of the bereaved family …

In the future, it will be announced even if the local government cannot confirm the bereaved family, but the administration that says such a thing now is crazy…

…Are there any talented readers of this site …? (dry laugh)