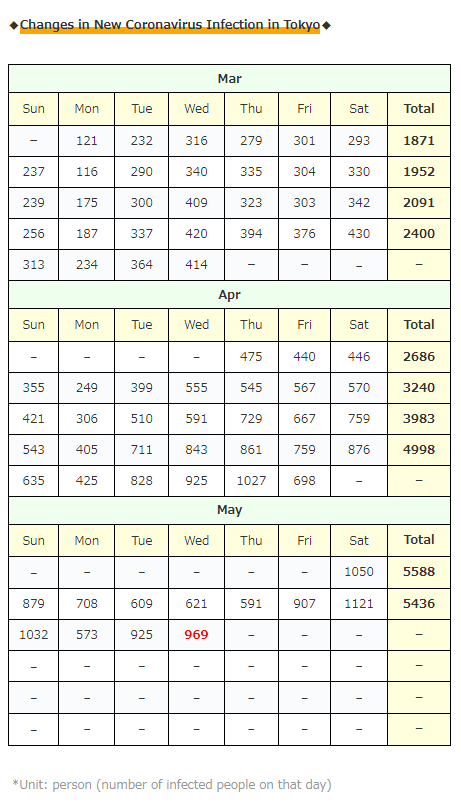 Even though the number of newly infected people in Tokyo has not exceeded 1000 yet, but looking at other prefectures, the number has been updated one after another or has become the highest number since the 3rd wave … 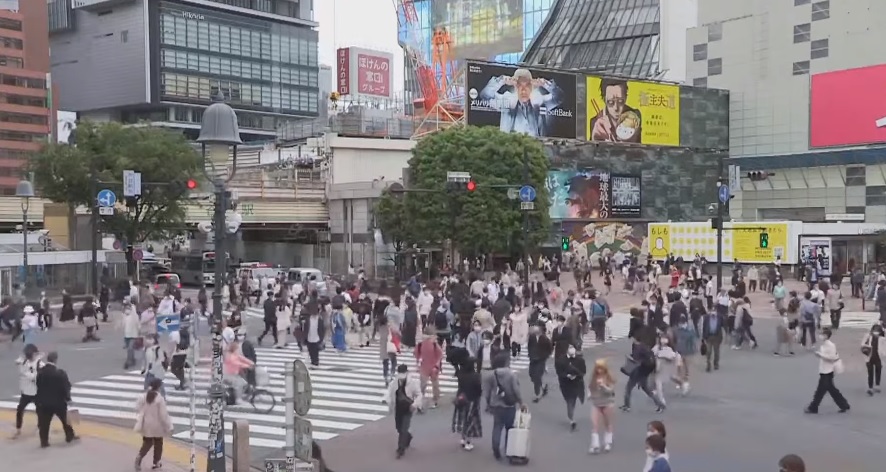 * Bringing in samples from outside of Tokyo [26 cases]

*Among the infected people counted today, there are [3] cluster relationships, including the above… (Other than the above, add 2 or less each) 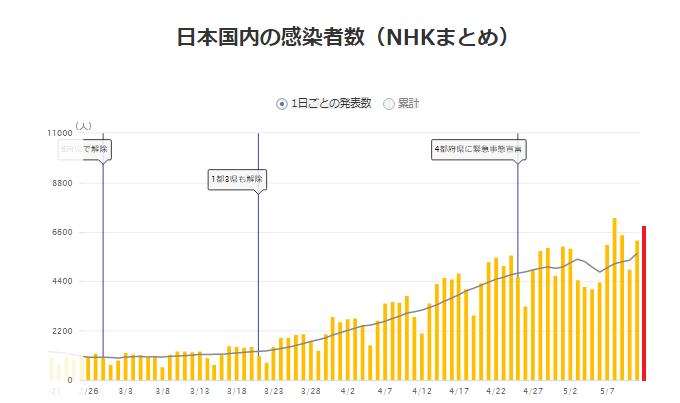 In response to this, the National Governors’ Association, which is composed of governors from all over the country,

seems to have requested the Japanese government to take strong measures with a view to issuing a state of emergency nationwide …!

They also complained that it was too late from application to application of priority measures such as prevention of spread, which is the stage before the declaration of emergency. 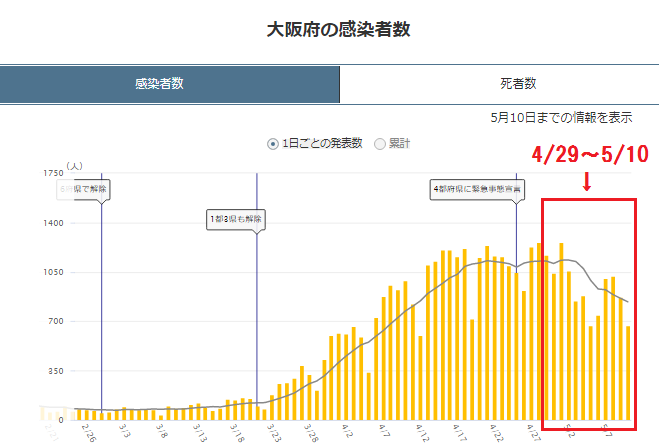 (Although it looks like that the number of infected people has passed the peak) There is just a decrease in the number of tests during the Golden Week holidays!

↑↑ Tokyo has decreased strangely on Monday, but overall it doesn’t feel like it’s decreasing!

Even so, it seems that the movement to increase the number of sales floors does not stop at department stores, etc.,

Everyone is doing what they want to do (sales, play, etc.), and there is no power or strategy to obey the government …

if it doesn’t decrease …

In that sense, the number of infected people this week is really remarkable …!

As everyone knows, President Ozaki of the Tokyo Medical Association said as follows. 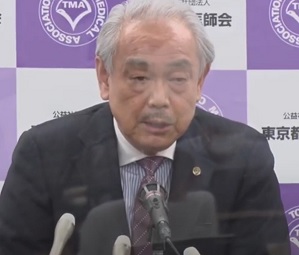 “In order to safely hold the Olympics, we must seriously reduce the number of infected people in Tokyo to 100 or less per day.“

However …
Do you know how is the infection situation when the number of infected people is 100 or less ??

(Changes in the number of infected people in Tokyo) 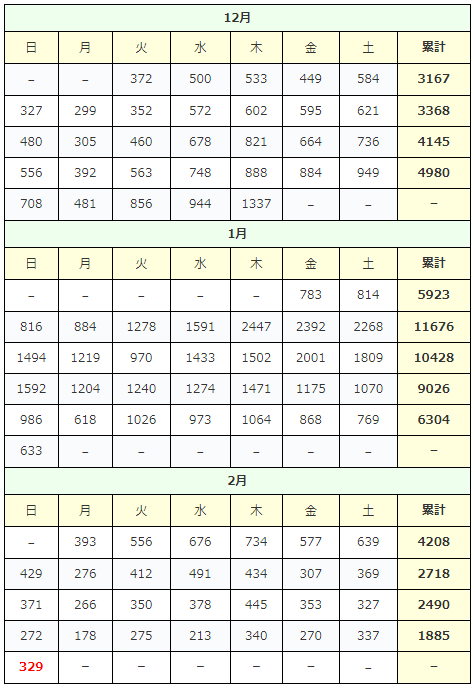 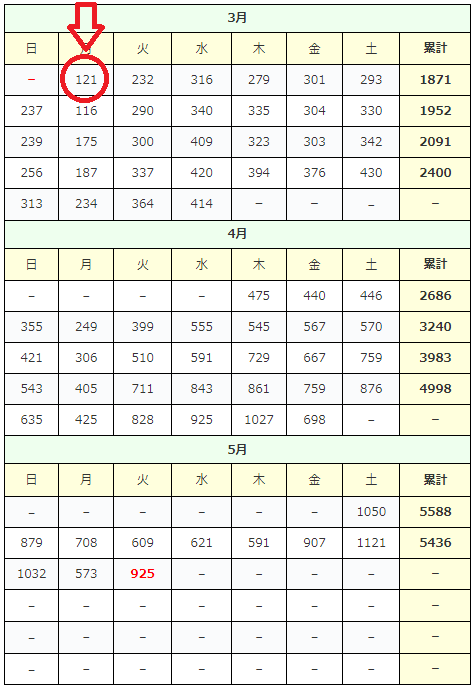 If everyone is vaccinated, it may be possible for about 100 people to get rid of it, but it seems that it will take more time to complete the vaccination.

Hmmm … The more I think about it, the more my head will explode!