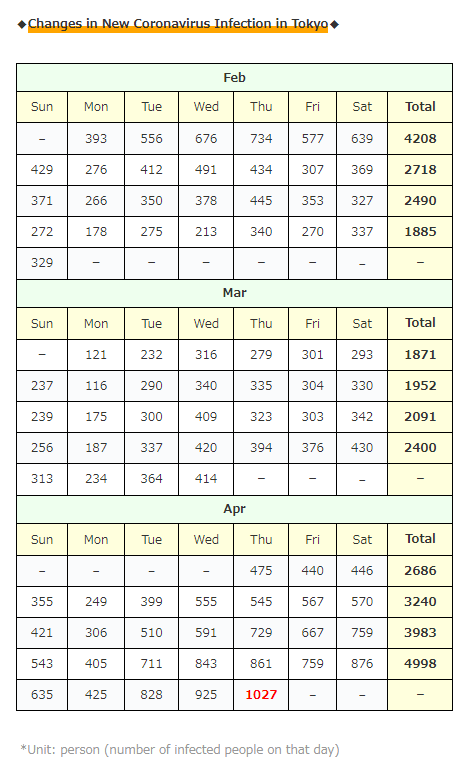 I thought that the number of infected people would exceed 1000, but when I actually saw it exceeded, it was … too … stuffy … 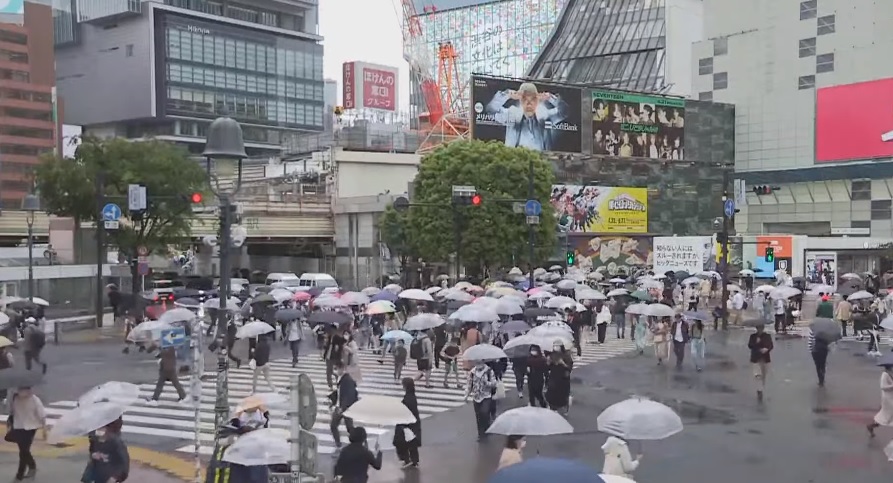 * Bringing in samples from outside of Tokyo [18 cases]

* Although specific information could not be confirmed, it seems that variant strain clusters have also occurred.

*More than Tokyo for 31 consecutive days 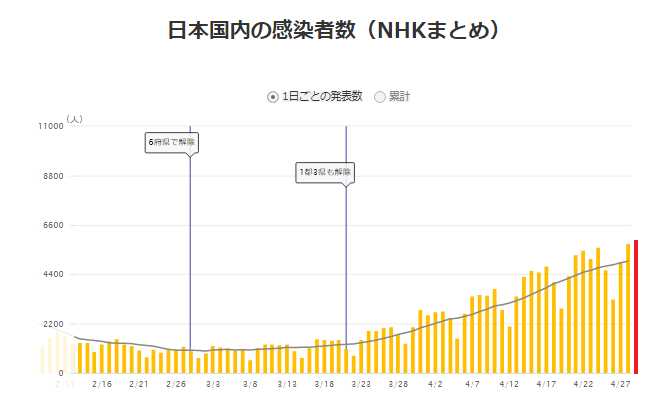 The other day, there was news that the first infected person in Japan was confirmed for “Indian double variant strain”, but

it seems that it was a woman in her 80s who was infected.

By the way, yesterday 28th, it seems that there are two positive immigrants from India …!

By the way, what is a “The double variant strain”?

And the topic changes … but it seems that the Olympics are still thinking about getting spectators …!

It seems that the final decision will be made early in June …!

I can only see the future, which is “OK forcibly” again …

And yesterday, the number of infected people in Hyogo reached 600, the second highest in the past, but 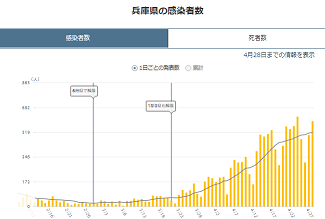 In response, the neighboring prefecture, Tottori Prefecture, seems to have decided to respond as follows.

Hyogo
“There are few beds, and some people die while waiting at home.”

Tottori
“Tottori is also a difficult situation, but I have to help save people’s life as a neighbor.”

So it seems that Tottori has decided to accept COVID-19 patients from Hyogo!

The upper limit is 5 people, but … 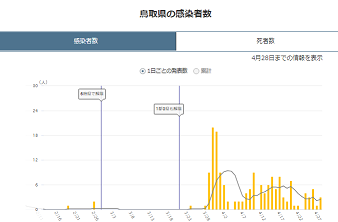 And yesterday there was some news from government and municipal analysis meetings!

It seems that the following was discussed at the monitoring meeting in Tokyo.

①Variant Stain (N501Y) accounted for 44.4% of all infected persons between April 11th and 18th.
②The current infection situation is “similar to before Christmas just before the infection explosion at the end of the year.”
③he amount of people at night is in a critical situation
④An important turning point where the long holidays will affect the future infection situation

However, in response to the result, all they did was only call for the long holidays …

They think that the word “state of emergency” is enough …

Mr. Nakagawa, the chairman of the Japan Medical Association, who always complains about the government’s measures, seems to have said as follows.

“I personally think that the criteria for canceling the state of emergency is when the number of infected people falls below 100.”

If it’s 100 people, it’s definitely going to increase again after the release …

And it seems that the expert meeting of the Ministry of Health, Labor and Welfare discussed that the location of the cluster is changing … ↓

↑ However, this is just an analysis of “people who know the infection route”, and currently more than half of the infected people are as follows.

Therefore, they should analyze the routes and behaviors of people whose infection route is unknown.

I’m sure there will be a drinking party, a crowded train … a lot …

I hope there are many people who refrain from going out in Golden Week Holidays… :<

By the way, from today, you have entered the Golden Week holidays!

Continuing from last year, we still have to refrain from going out etc, this year … (cry)

It seems that each local government is calling for self-restraint …

Hyogo prefecture
“We want you to refrain from “going out, going home, and participating in events”.”
“Never go in and out of restaurants with alcoholic beverages and karaoke facilities.”
(*兵庫県「医療体制は危機的」県民に責任ある行動を呼びかけ – NHK)

Governor of Tokyo Koike
“Never stop drinking on the street”
“BBQ on the riverbank, outdoor leisure such as camping, home parties, bringing alcohol to restaurants…,
I want you to refrain from them. “
(*小池都知事の“キャンプ自粛要請”に困惑の声 「路上飲みと一緒はあんまり」 – Yahoo!)

After all, just like just before the New Year’s super spread of infection, they don’t take any measures, just a call …

Local governments and governments that have recreated the situation where they have to declare a third state of emergency, and people who can’t help but want to play and don’t want to refrain from going out …

that’s why some people say, “Prioritize them for vaccination!”, but I want people who are refraining from going out to be vaccinated first …

Because those people have put up with “going out etc.” so much for other people…………!