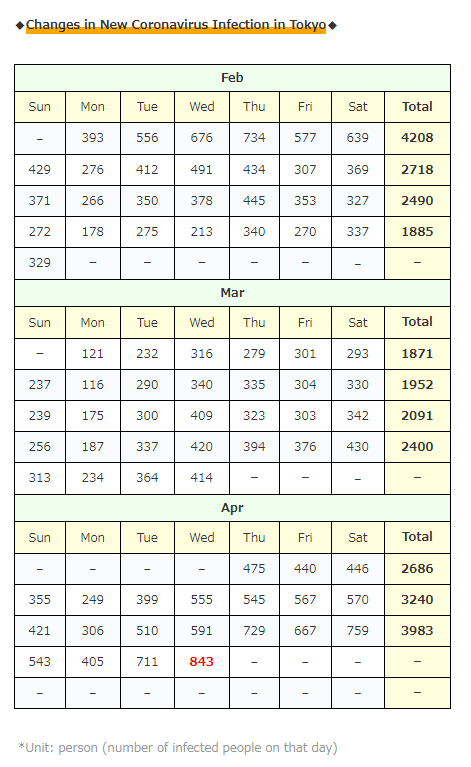 There are still Thursday-Saturday, which is the latter half of the week when the number of infected people is high, but how much will it increase this week? 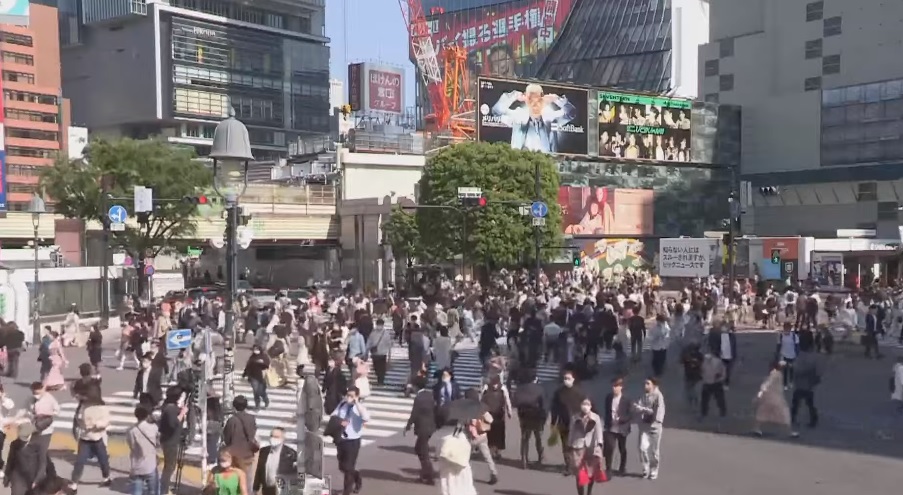 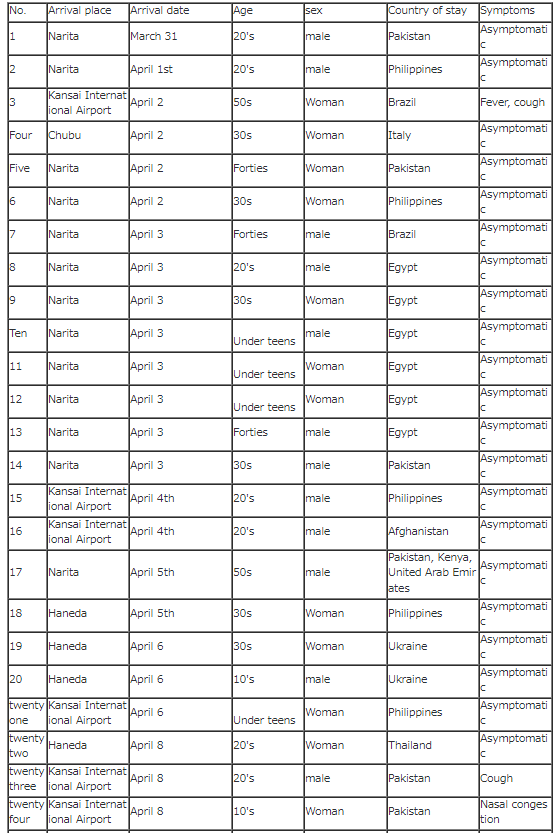 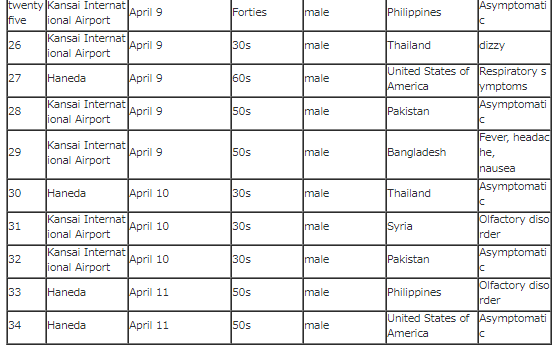 *More than Tokyo for 23 consecutive days 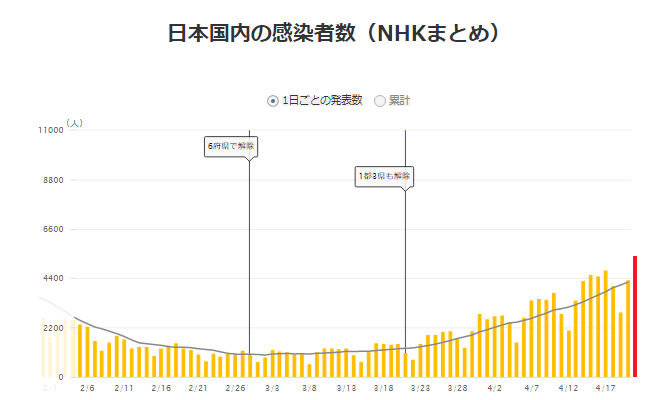 It seems that there is no point in carrying it over, but maybe the government wants to issue a state of emergency in line with Tokyo and Hyogo …

Hyogo Prefecture has officially requested the government to issue a state of emergency …!

Osaka seems to be considering the following measures with this state of emergency …! 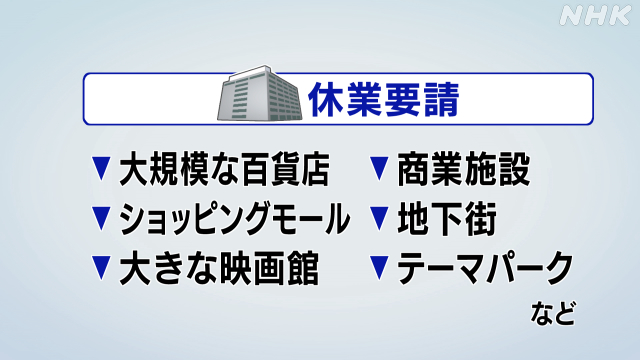 ・Consider requesting business suspension for industries not only restaurants but also other industries, as in the case of the first state of emergency.
(Department stores, shopping malls, movie theaters, commercial facilities, underground malls, theme parks, etc.) 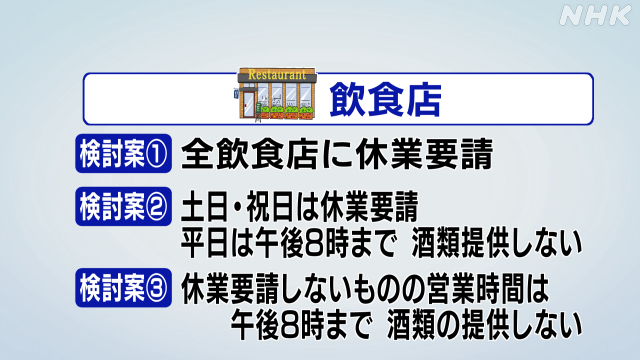 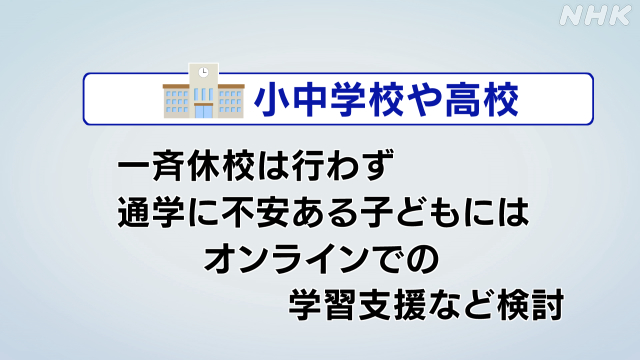 ・The school will not be closed. (??)
However, for children who do not want to go to school due to infection control, consider learning support such as online classes

Regarding the “request for closure of department stores and shopping malls” in the ↑, it seems that each group has issued a request for “let me do business!” …

In terms of infectious disease countermeasures, it is in a state of “what are you talking about?”, But it is clear from the second state of emergency that the number of people in the city will not decrease with the state of emergency, and it is on the verge of bankruptcy before that. So there is no doubt that the industry wants to do business …

I think that it is important for governments to be able to pay compensation fee for suspension.

On the other hand, in Tokyo …

Governor of Tokyo Koike
“Currently, we are conducting a comprehensive inspection of what we should do from the perspective of protecting the medical care provision system.”

That should be over …

As you can see, Tokyo still doesn’t seem to know what the people who should implement the measures should do …

And at the Ministry of Health, Labor and Welfare’s expert meeting to advise on countermeasures …

there wasn’t much meaningful talk as usual … (dry laugh), however, there was only one but meaningful information!

About the current status of variant strains, it seems that

The topic of variant spices such as spices in the UK and spices in Brazil began to appear at the end of last year, and it has been 4 or 5 months since then, so it can be said that it is no longer a “variant strain” but a “conventional virus”.
(Because it has existed for a long period of time that can be called “conventional”)
However, since the infectivity is 70% higher than that of the virus until last year, it must be considered that the infection situation is completely different from the previous one.

…… What? You say “What are the other contents of the expert meeting?” ?

①It is necessary to suppress infection during the Golden Week holidays (consecutive holidays of around 10 days) from the end of this month.
②Since the medical system is already near the limit, securing a bed is the highest priority.
③The number of people in the downtown area at night has not decreased so much.
④Many infections in workplaces, club activities, and club activities

You see … they don’t have much information …?  (dry laugh)

Either way, I feel like a state of emergency will be declared this week (this weekend?) …, but what will happen to the contents …!

According to WHO (World Health Organization), the number of newly infected people per week is already the highest ever in the world …!

Even if vaccination begins worldwide, or if know-how is gradually gained after a year, the number of infected people is the highest ever and the worst pace ever … 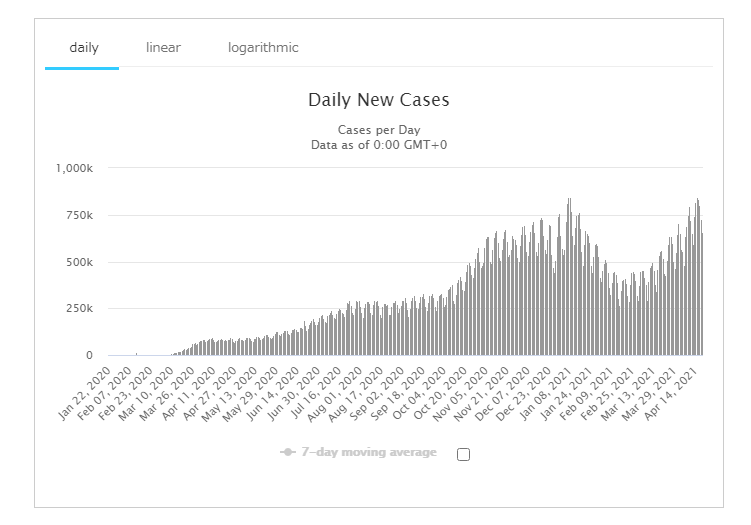 It is typical of virus mutations, but it is becoming more and more infectious, and it is mutating so that it works (becomes more severe) even in places (young people) that have not worked until now …

We have to suppress it before it make an unmanageable mutation …!