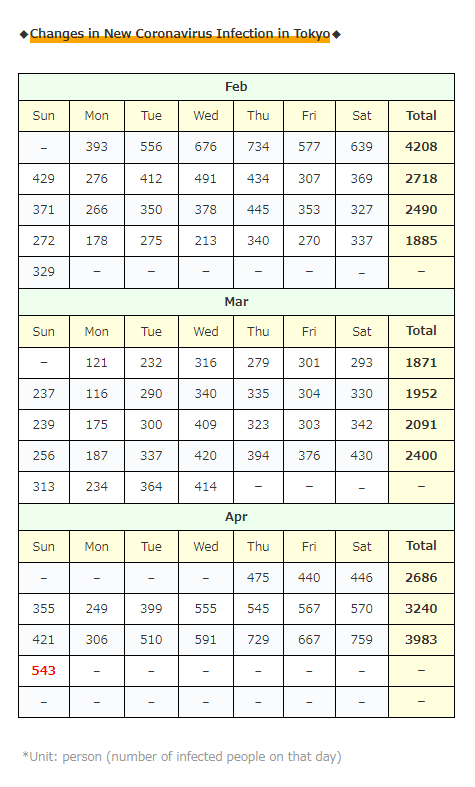 You’re steadily rounding up the numbers … 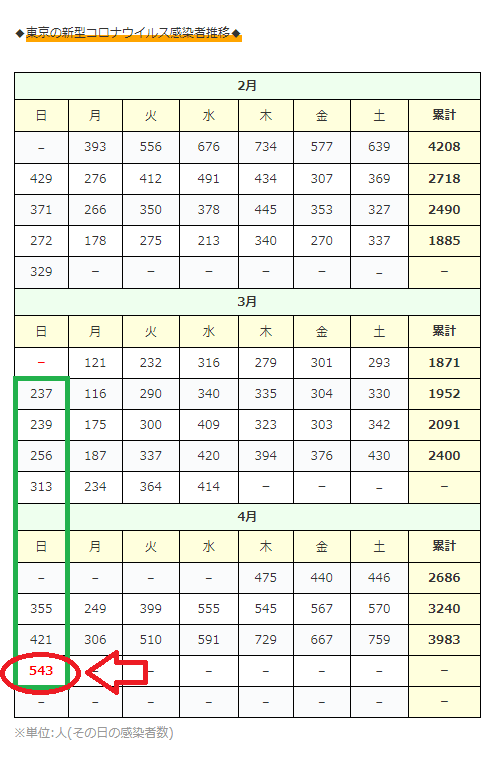 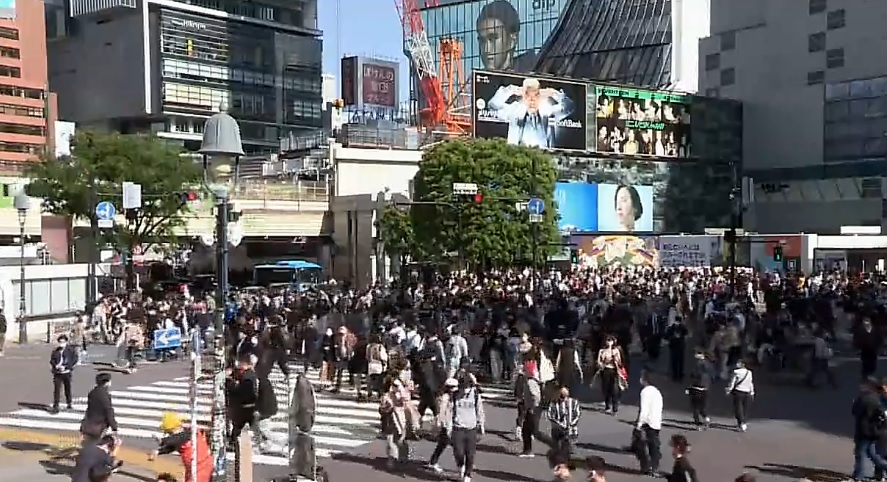 *More than Tokyo for 20 consecutive days

In Tokyo, which has a population of 14 million, only 787 people were vaccinated by the 15th .

t seems that many cities and wards have not received the vaccine yet, and it seems that only the following were able to be vaccinated by the 15th.

And also Hachioji City discarded the two vaccines left over on the 12th.
(It is said that if there is a surplus in the future, it will be vaccinated to a nearby medical worker …)

In addition, Hachioji City is “a city that supports vaccination by telephone first-come-first-served basis instead of sending vaccination tickets”

After that, it seems that the government has notified the whole country that “each municipality should respond by sending vaccination tickets instead of the order of reservation” …

However, Hachioji City will accept telephone reservations again from May 2nd ……….

Despite vaccinations related to people’s lives, the government is crazy because they make the people compete . They should definitely stop.

Why don’t they learn …

… while I thought that way …

It was also in Oyama City, Tochigi Prefecture ………

They started accepting reservations for 975 vaccinations from 8:30 am on April 16th, but the acceptance was closed in just 5 minutes, and complaints were flooded in……

I’m really wondering why that is the case …!

And today was Saturday and Sunday, and as usual, there was little news related to the new coronavirus, so I made data like follows!

COVID-19 situation, I would like to pick up the data that I am interested in from the “daily numbers” that I always summarize at the top today!

Currently, Japan is under the situation of “immigration restrictions for the whole world” …

(Quarantine at the airport) 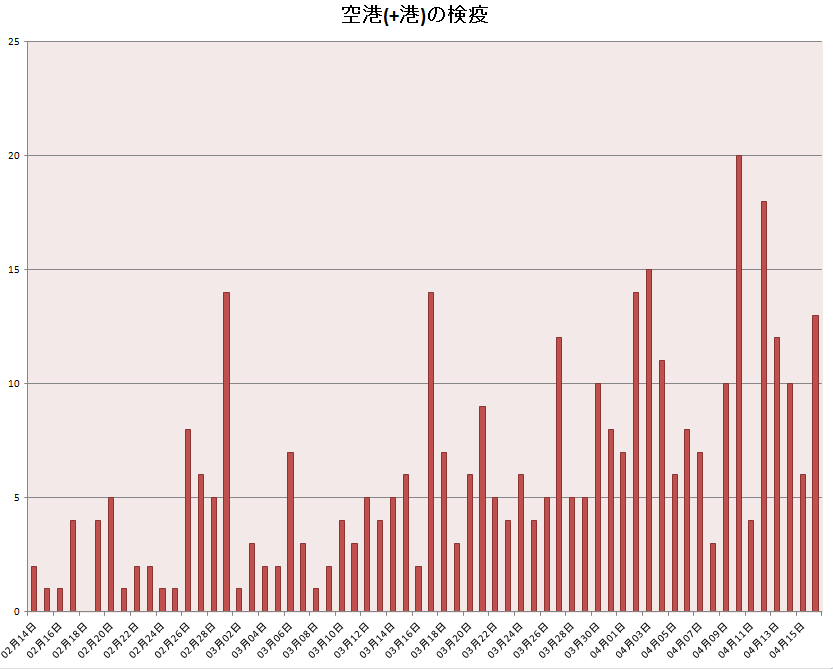 Even if it is reported about the number of variant strains found, it can not be helped because the government is importing from overseas like that.

would like foreigners to come to Japan as soon as possible and have fun, and I would like to talk to them, but the main premise should be “after the end of COVID-19”.

It is the transition of the number of seriously ill people nationwide! 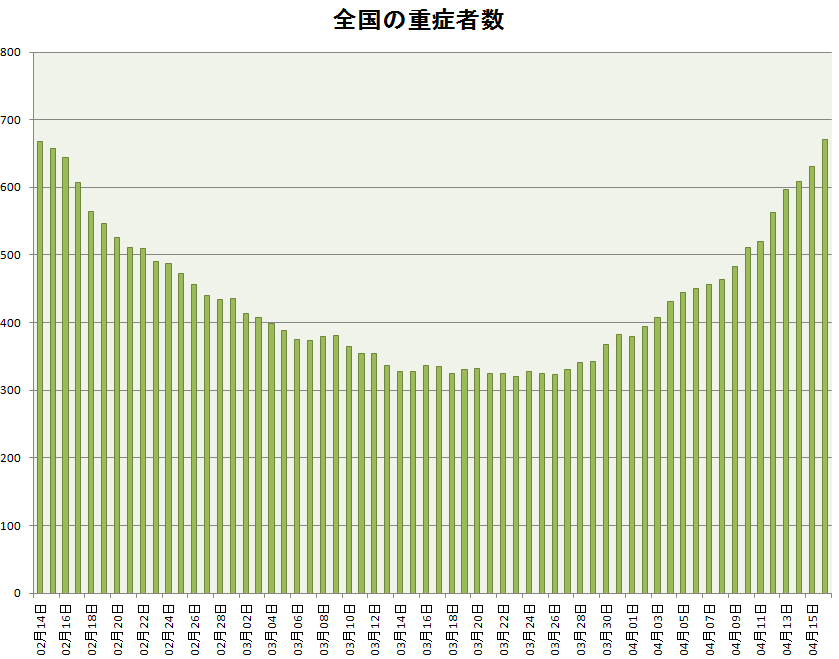 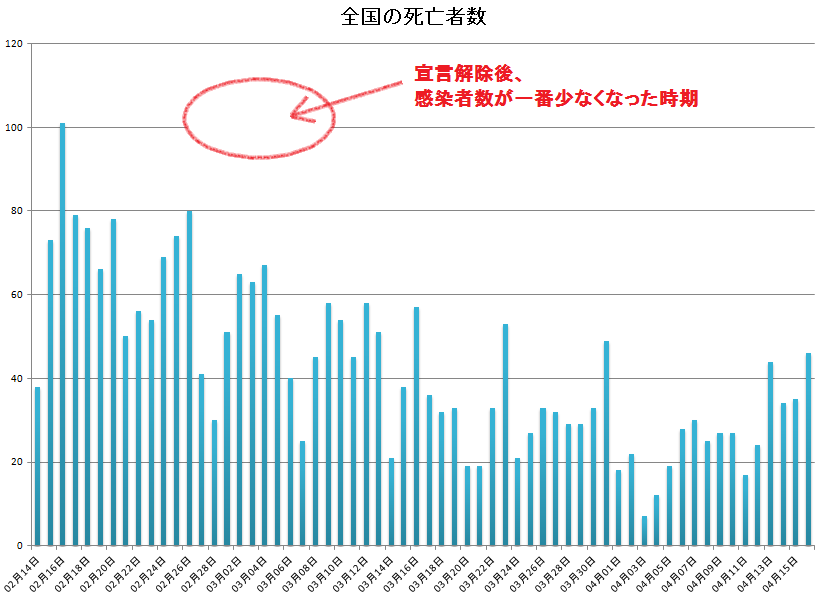 This seems to have bottomed out in the first few days of April, so it seems that the trend in deaths is about a month behind the trend in infections …

Well, there wasn’t much news today, so I thought about the current infection situation in Japan!

We want to stop this stunning uptrend …! (cry)

Japan’s leader in measures against the new coronavirus, Nishimura, the minister in charge of economic revitalization, said at a parliamentary committee meeting on the 16th that

If the state of emergency is announced again within this month, it will be declared again in just a month or two from the previous declaration …!

In that case … the cancellation of the previous declaration itself would have been a mistake, so the government is likely to save more time with “priority measures such as prevention of spread”…

Anyway, the number of infections will continue to increase dramatically, and the economy will die if that happens, so I want the government to think about “end” instead of “control” consciousness …!

After COVID-19 is completely gone, I want to go out to play comfortably …!