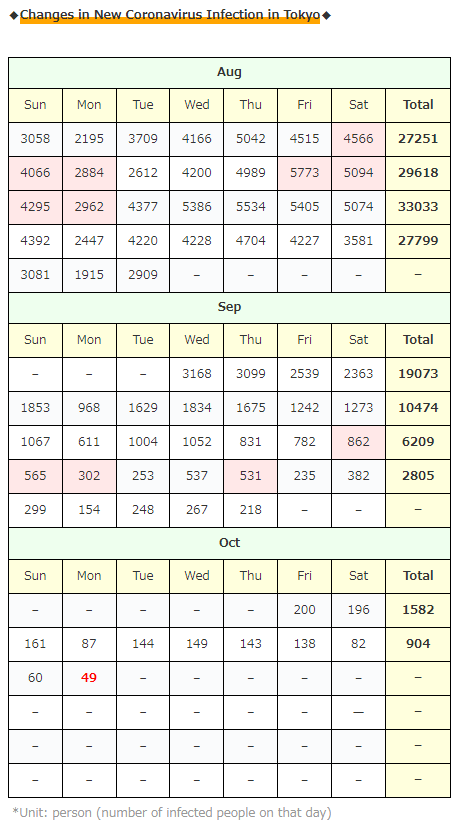 49(-11 from the day before) new infections confirmed in Tokyo. 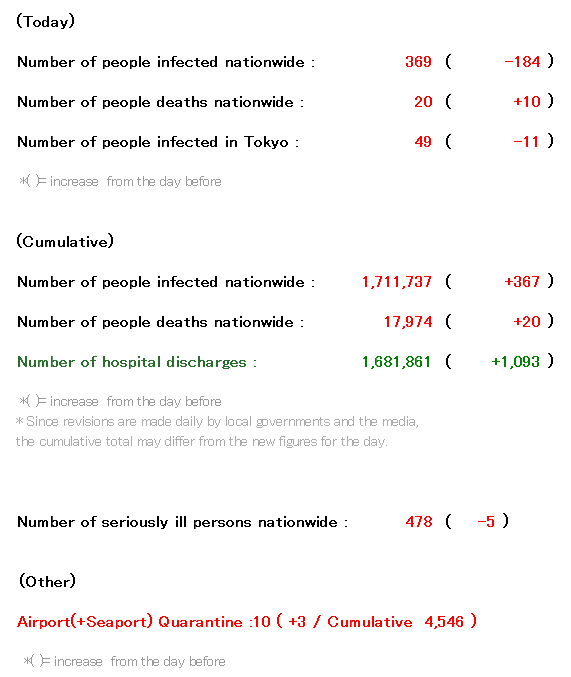 The number of infected people in Tokyo is …
49 people on Monday, the least in a week …!

…But if I think about it, Saturday was less than monday  last week! lol

I’m really looking forward to seeing how many people will be reduced this week! 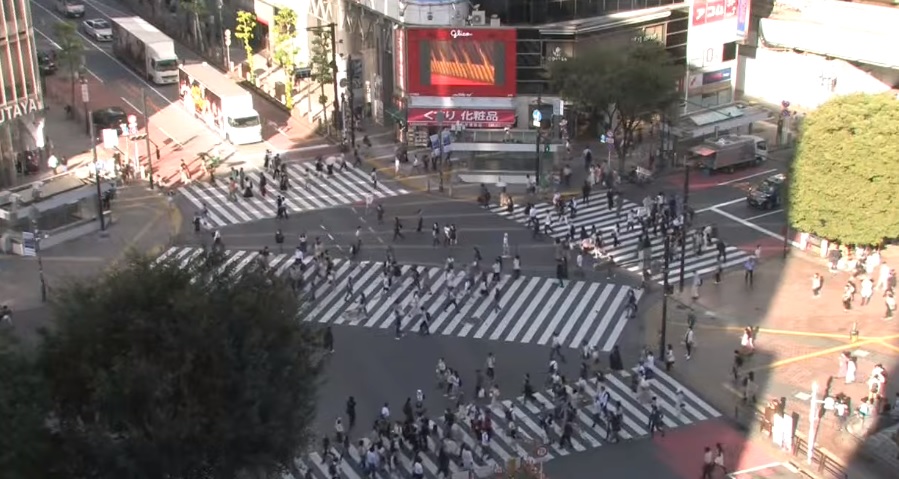 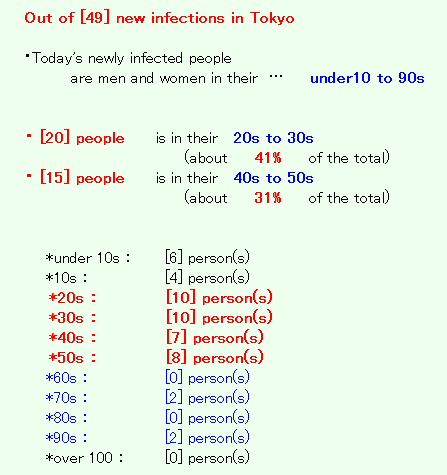 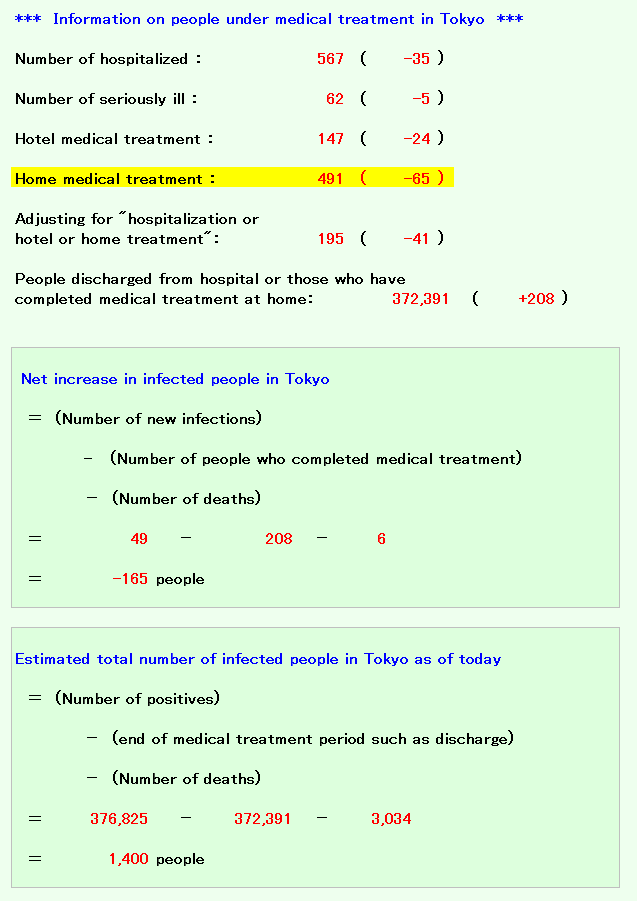 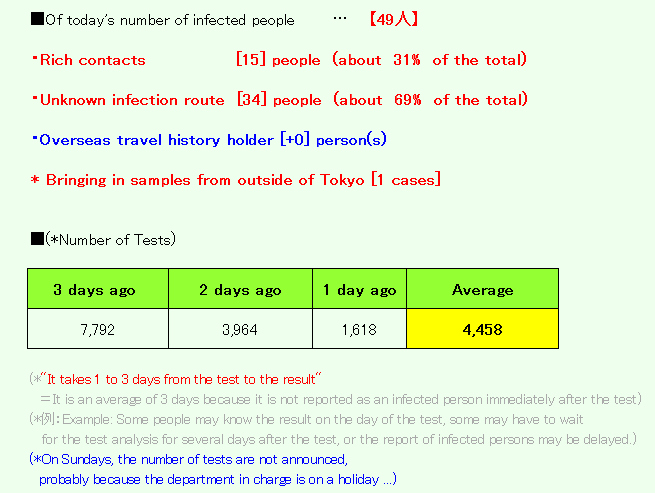 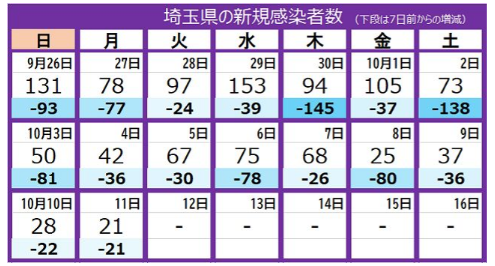 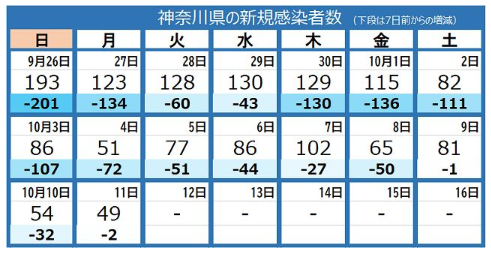 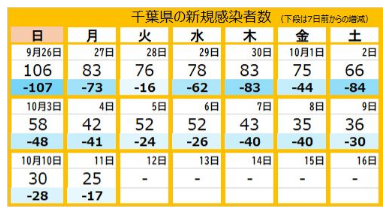 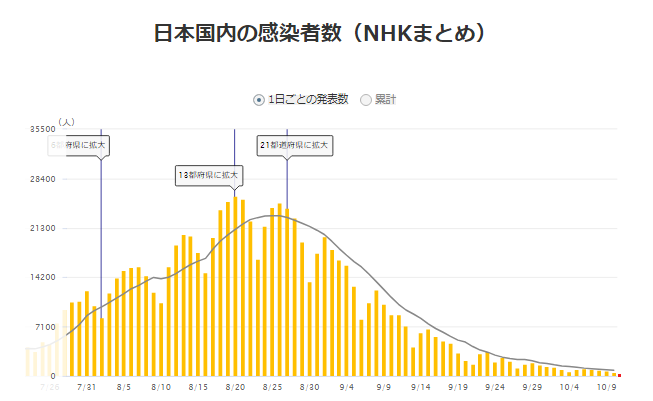 The government was calling attention to today …

Government “Today is not a holiday!”

Yes, I thought today was a holiday until last week … lol

As expected of the government! (Irony)

By the way, the infection in Japan has calmed down considerably!

It seems that the number of infected people was 0 in 9 prefectures yesterday! 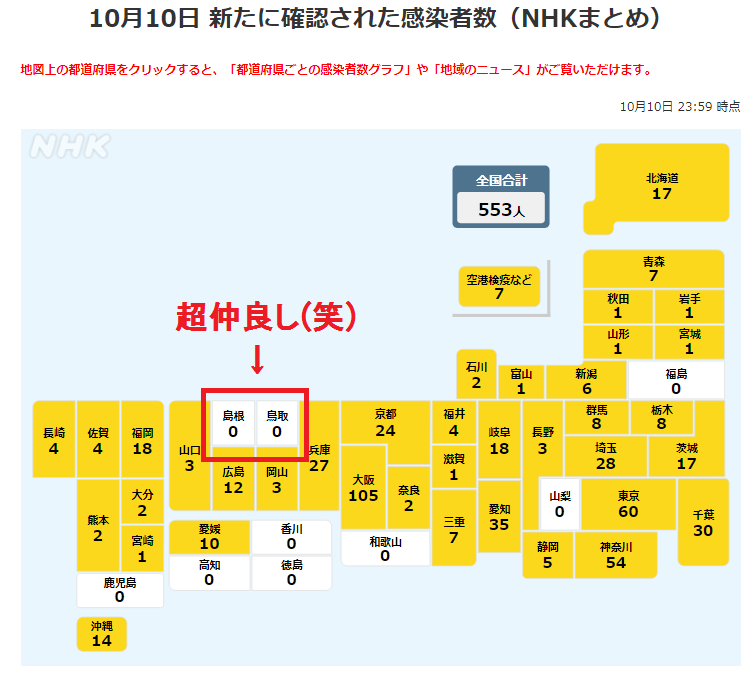 ↑↑ In addition to Tottori and Shimane, Shikoku seems to be able to eliminate the virus on the entire island!

By the way, it seems that the coming-of-age ceremony that had been postponed was held in Tottori! 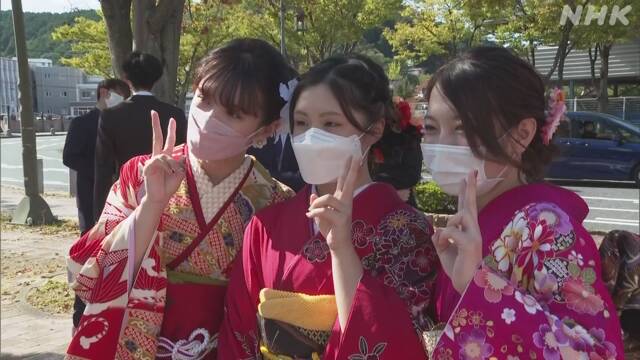 Coming-of-age ceremony, Sports day, school trip …
The only way to do it is now that the infection has settled down!

And … Looking at the city, it seems that the number of people is completely the same as the daily life before COVID-19, but

it seems that the actual data has increased significantly!

＜Comparison of the number of people in the city during the state of emergency＞
(*Saturday, October 9)

↑It’s a ridiculous way to increase …!
And rather than “declaring an emergency”, I would like you to compare it with “before COVID-19” … (dry laugh)

The last topic today is about “reopening school” …!

As expected, according to a survey by Osaka University and others, “the number of children who are concerned about depression is increasing due to the resumption of school” …

Despite the sensitive times, the environment has changed too much, such as children suddenly being unable to go to school, or resuming school when they became accustomed to not going to school …

I think there are limits to what parents can do, so I would like adults nearby, such as school teachers, to take good care of them …

The infection situation in Japan is quite calm, whether it is due to the “low season” or the “vaccination”, but …
(Probably a synergistic effect of both)

It seems that more than 10,000 protests have taken place in Italy before October 15th, when all working people are required to carry vaccination certificates and other items …! 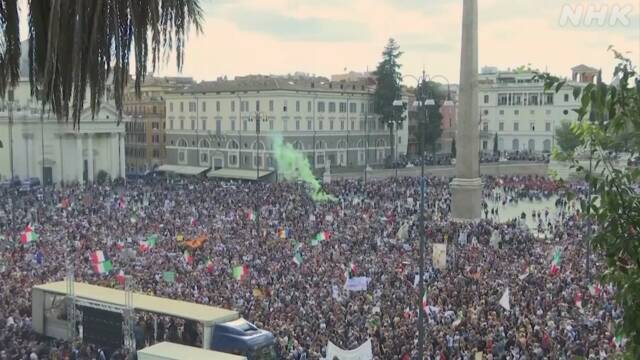 The vaccination rate in Italy is currently about 70-80% …

I don’t know if the remaining 20% ​​are protesting or if they have the spirit of “I don’t want to have something!”, But it seems that protest demonstrations have occurred …

By showing each other the certificates, they can confirm that they are safe, so I think it’s safer to have them …

Maybe there is a reason for vaccination in Italy, such as paying or not being able to make a reservation …!