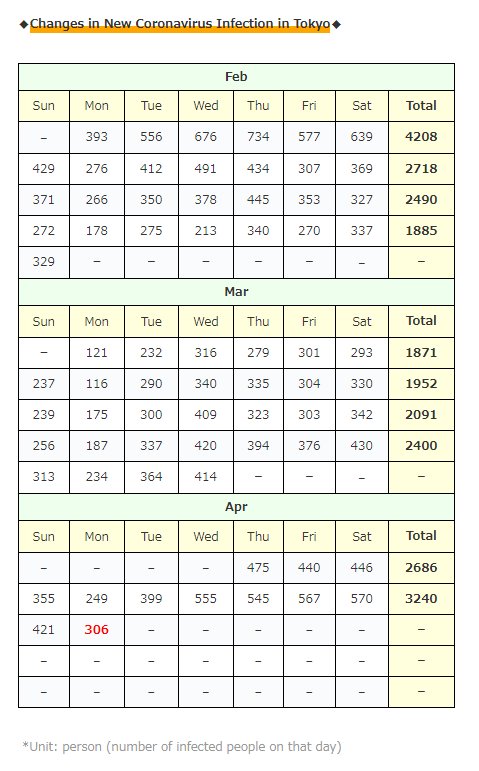 It looks like it will continue to increase this week … 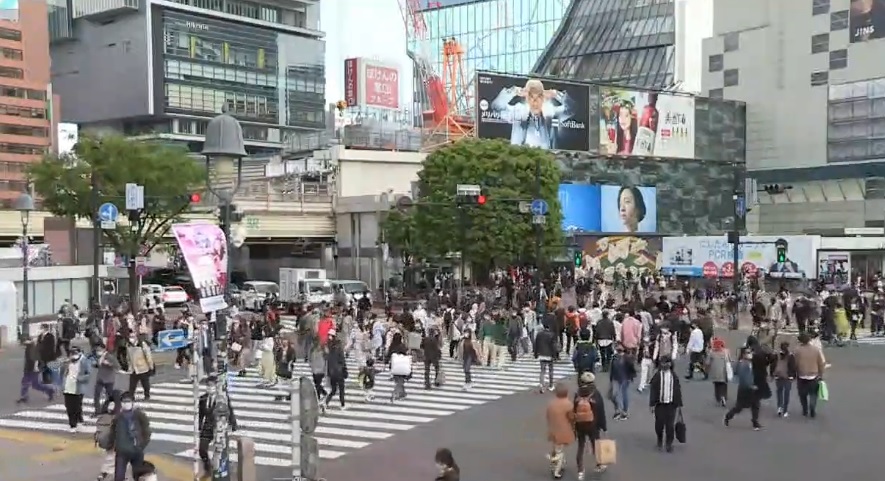 ・It seems that [1] people have died in Tokyo today …

*More than Tokyo for 14 consecutive days 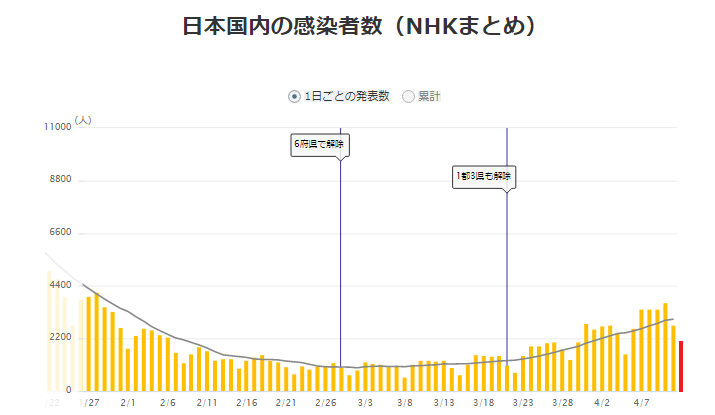 Today was a day with little news like usual Saturday-Monday, so today I made my own data!

By the way, in Tokyo recently, the number of infected people is increasing, and the infection rate of young people in their 20s and 30s, which had been low, is increasing again …!

I introduce it every day in this “Summary article” in ↑, but today I summarized it in a graph! ↓ 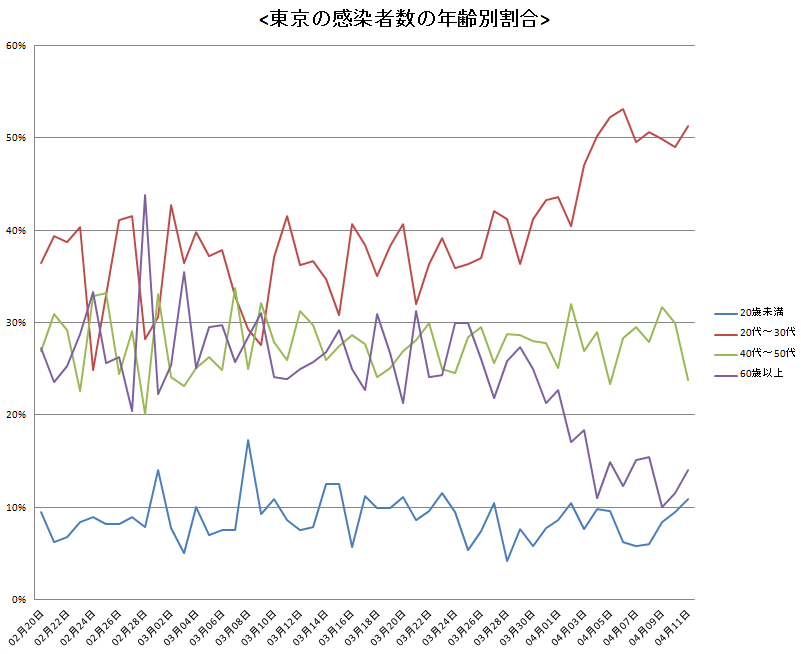 If you look at the graph like this, you can see how the percentage of people in their 20s and 30s has increased rapidly recently …!

The government, local governments, and news sites say that “If the number of young people infected increases, the number of infected people in the entire area will increase,” so I think about it, I’m only scared …!

And from the graph above, you can also see the following!

②There is almost no change in the infection rate under the age of 20.

③The infection rate of elderly people (60 years old and over) has decreased considerably.
＝Infection in hospitals and facilities for the elderly is suppressed(?)

Not as before, even if you graph the infection rate every 10 years (by generation),

the ratio of the generation that is said to be the main generation of infection (30s (purple), 40s (light blue), 50s (orange)) has not changed so much, but only in the 20s The infection rate is rising abnormally …

Looking at the actual number of infected people by age as well as the ratio,

the number of working generations in their 30s, 40s and 50s has increased to some extent, but the number of infected people in their 20s is  jumping up abnormally…

(Because the infection rate in the 30s has hardly changed)

As you can see from the population distribution by age in Tokyo,↓ 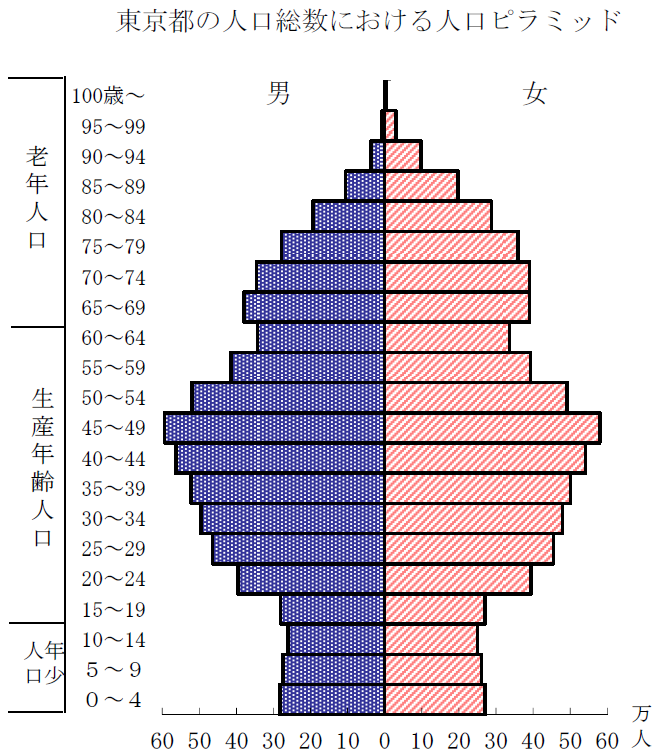 If everyone is doing the same thing, the number of infected people should be in the order of
“40s> 30s> 50s> 20s“
}in terms of population ratio … 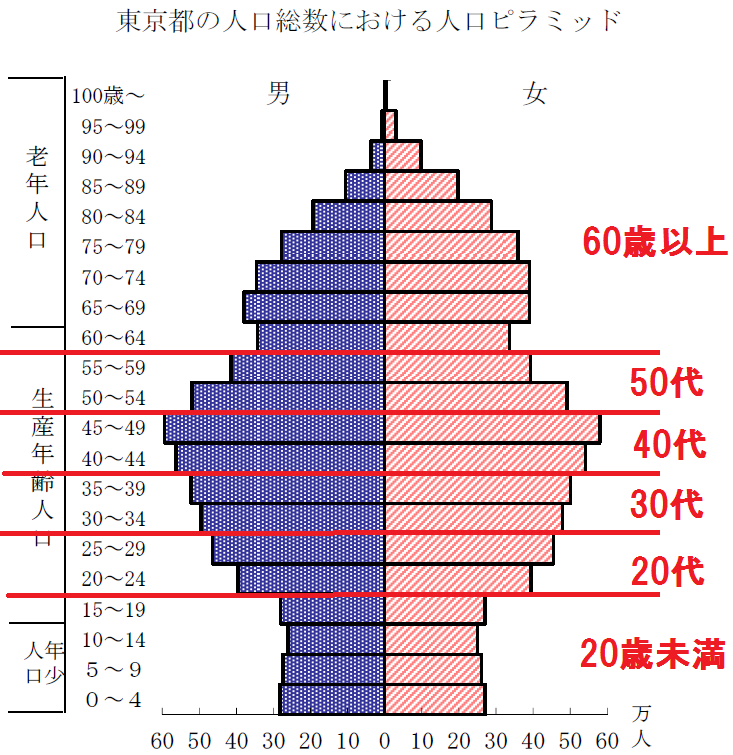 Thinking this way, you can see “how human behavior is related to the infection situation”!

There wasn’t much news today, so today I thought about the infection rate by age!

I hope everyone can somehow turn to the same direction and end COVID-19 infection disease!

Priority vaccination for the elderly will finally start tomorrow in Japan!

Until now, it was the stage of priority vaccination for medical staff, so it seems that vaccination will finally move to the next stage since the start of vaccination in late February!

The first day, tomorrow, April 12, there will be about 120 locations nationwide, and it is expected that all elderly people will be able to receive the vaccination twice by the end of June this year …!

It is said that there are about 36 million elderly people aged 65 and over nationwide, so it is calculated that about 40 million people (including medical staff) will complete vaccination by the end of June!

I think the pace of vaccination will accelerate further, but if vaccination progresses at the same pace as before …

→It will take an additional “4 months x 2” period from the end of June until the remaining two-thirds of Japanese are vaccinated.

→8 months after the end of June … The end of February next year ?!

Hmmm, I shouldn’t have calculated …! Lol

With that in mind, I have no choice but to accelerate vaccination to the maximum …!

I hope it’s over at least by autumn … (dry laugh)