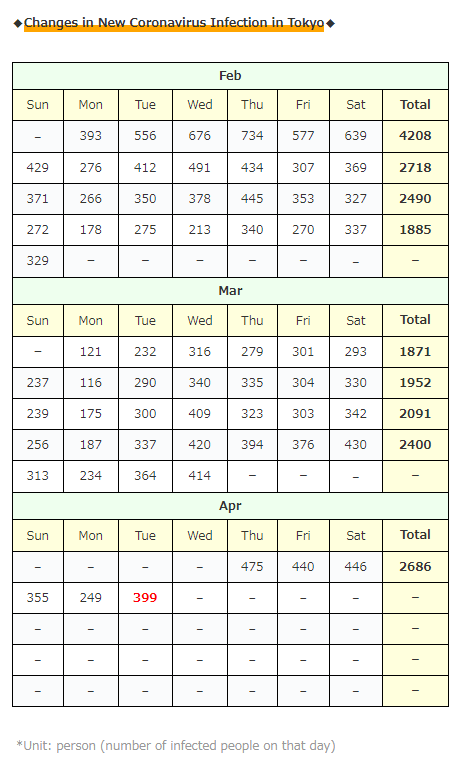 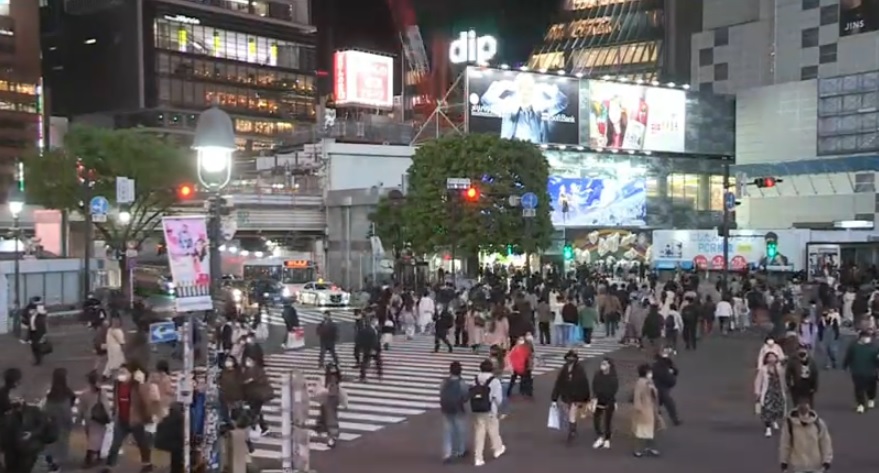 ・Infection in the facility [13] people

* In Asahikawa City, it seems that there are 3 other clusters related to the cluster that spread from the karaoke teacher … 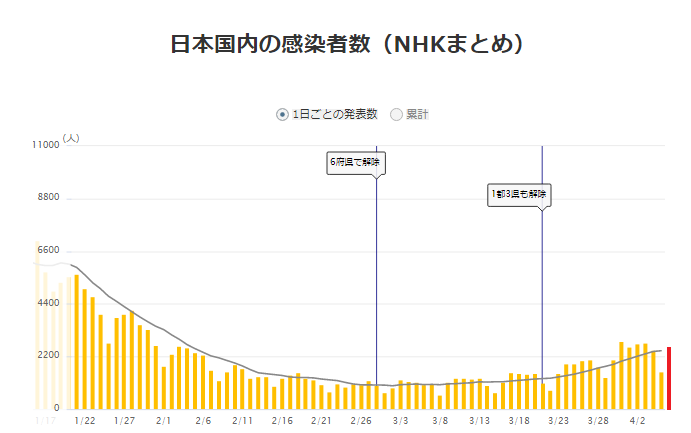 As of yesterday, there are more infected people in Osaka than in Tokyo for 7 consecutive days, but …

According to Governor Yoshimura of Osaka, the causes of the current rapid spread of infection in Osaka are as follows.

I have no choice but to believe the governor’s words because not so detailed data is available in any prefecture, but in reality, infections are increasing in these reason …

“Voluntary self-restraint” seems to be difficult …

By the way, speaking of self-restraint …

According to the opinion polls of NNN and the Yomiuri Shimbun, 90% of the respondents answered that they would not travel or go parent’s home during the Golden Week holidays (From the end of April to the beginning of May) …!

Because, even if you look at the number of people in the city for the past few days, you can’t believe this, right …?!

Well … I think that many of the people who answer polls over the phone are relatively solid, so I don’t think it’s different from the “playing people”, so I can’t say anything … (dry laugh)

By the way, in terms of the amount of people in the city …

It seems that the number of customers visiting 3000 restaurants in 1 metropolitan area and 3 prefectures last week (March 29th to April 4th) was as follows compared to the previous week!

The company that investigated it seems to have analyzed that “the re-spread of infection may have had an effect.”

However, no matter how you think about it, you can only think that the graduation / travel / welcome and farewell party season is ending and the moving season has begun, right ?!

From here, I wonder if it will be “super spread of infection in the welcome party season” …

And in Osaka, it seems that a “patrolling party” to restaurants has started!

It seems to check whether the store’s infectious disease countermeasures (installation of acrylic boards, etc.) are properly implemented … but
while Osaka City staff are generating multiple clusters at a drinking party …,

if I were an employee of a restaurant, I would be angry if a patrol team came … bitter smile

But why can’t everyone put up with it? ??

The number of vaccinations in Japan up to yesterday is about 1.2 million! 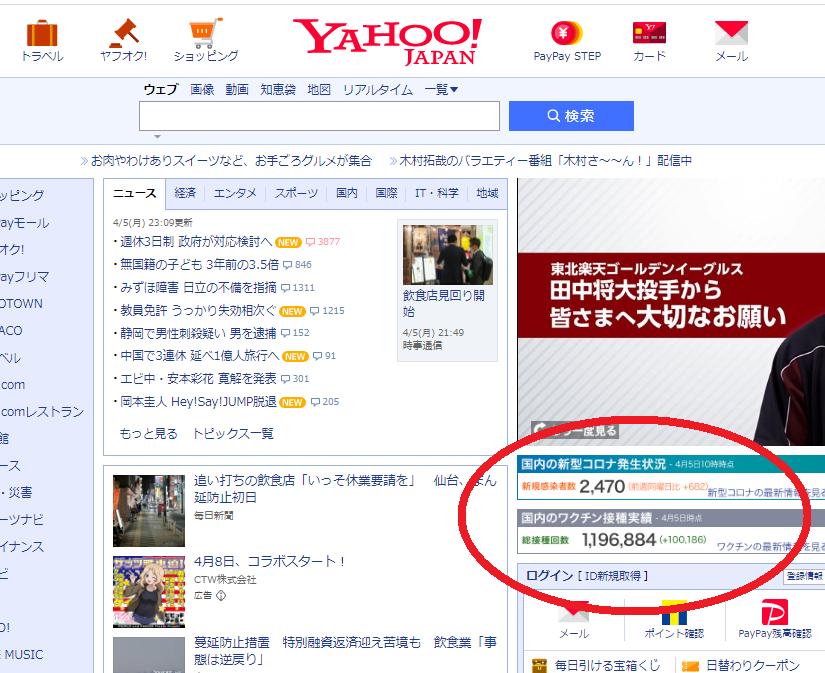 However, since “vaccination is required twice for each person”, is it actually about 600,000 people, which is half of that?

It seems that vaccination reservations for the elderly have started in some areas, but in Hachioji, Tokyo, 2000 reservations have been completed in just 20 minutes from 9 am …!

It seems that it was first-come-first-served basis …

No … don’t do it on a first-come, first-served basis …

Some people can’t call at that time …

Both the municipality and the government are pretty strange…