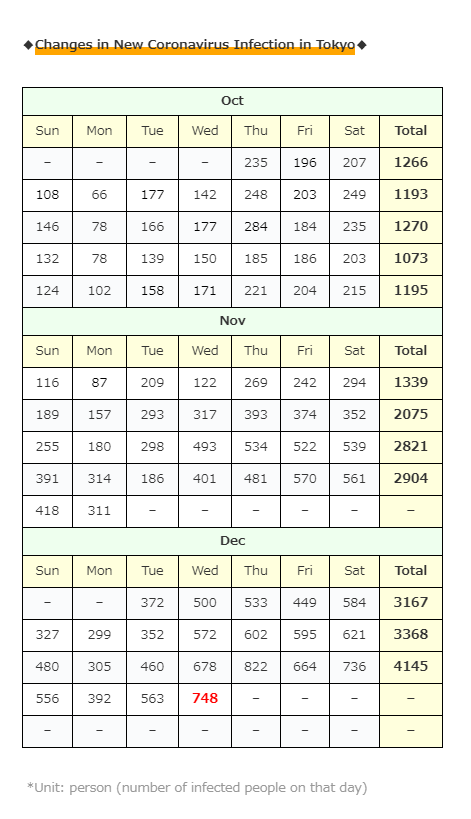 Until now, the number of newly infected people in Tokyo has increased dramatically from Thursday to Saturday, but recently it has been increasing from Wednesday to Saturday …

Looking only at Wednesday, December, it’s pretty scary that the number is increasing steadily. .. 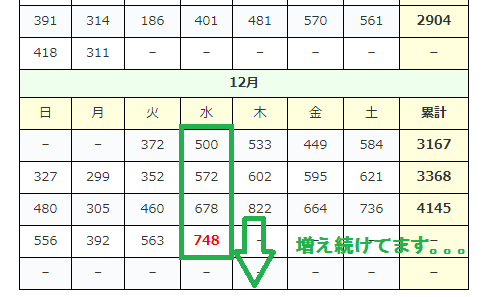 ・Infection in the facility [57] people

・Hospital in the southern part of Kawasaki City

*Among the infected people counted today, there are [9] cluster relationships, including the above.. (Add up to 2 people)

・ Special nursing home for the elderly in Date City 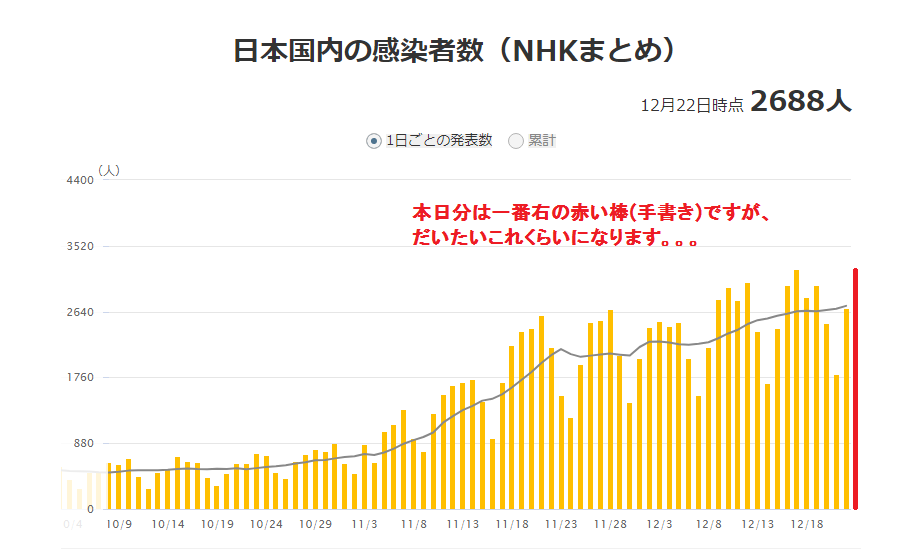 And surprisingly, infection has been confirmed today in all prefectures except Tottori prefecture …

Normally, there are 0 people in 5 to 10 prefectures. 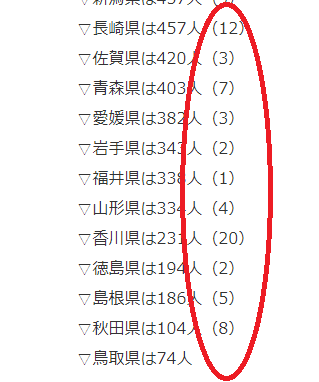 (Usually there are 0 people in these prefectures.)

It seems that Saitama Prefecture will further extend the request for shortening business hours …!

In Hokkaido, the situation is that the infection is ending, but in areas such as Tokyo and Saitama, which continue to update the most, is it meaningful to request shortening of business hours?

And yesterday I introduced this summary … ↓

The current correspondence of each country has been summarized, so I will post it!

■ India
All flights from the UK will be suspended from midnight to 31st on the 22nd. Inspections are also conducted for passengers on connecting flights.

■ Hong Kong
From midnight on the 22nd, flights from the UK are prohibited. It will also extend the quarantine period for travelers arriving from the UK in the last two weeks. (* Immigrants are obliged to quarantine themselves for 14 days.)

■ France
Travel from the UK is prohibited for 48 hours from midnight on the 21st. This includes everyone involved in freight transportation on “land, sea, air and rail”.

■ Germany
From midnight to 31st on the 21st, flights to and from the UK are temporarily prohibited. Considering extension of ban period.

■ Netherlands
Passenger flights from the UK to the Netherlands will be prohibited until January 1st next year. * One mutant infection already confirmed.

■ Ireland
For at least 48 hours from midnight on the 21st, flights from the UK were banned.

■ Italy
No flights from the UK, and no one who has stayed in the UK for the past 14 days to enter Italy. * One mutant infection was confirmed from a returnee from the United Kingdom.

Meanwhile, Japan … I posted it yesterday as well.

Japan’s Ministry of Foreign Affairs says, “The situation is different from that in the EU, where you can move freely,” and it seems that they are not willing to take any measures, let alone travel restrictions …

It may be too late …

I hope it doesn’t mean that the number of infected people will increase dramatically from here …!

the Government of Japan will finally suspend entry from the non-Japanese UK from December 24th tomorrow!

Currently, it seems that only Japanese people and people with medium- to long-term status of residence can enter Japan, but as you all know, 14 days for self-isolation is exempted …

As shown in the table above, there are already many people who have been confirmed positive by entering the country from the UK, and I feel that the response is too late … but I hope that this  (COVID-19) variant will not spread in Japan … !!

Today is short and finally,

Taiwan is an astonishing country that has completely ended the new coronavirus, but yesterday 22nd, it was said that a domestic infected person appeared for the first time in about 8 months …!

I’m really really surprised that there has been no domestic infection for 8 months while the world is in a difficult situation with the new coronavirus (COVID-19) rather than the number of infected people!

Japan, which was on par with Taiwan until about June, was amazingly suppressing infections …
But…, despite of that, why Japan couldn’t prevent 3rd wave…

At the press conference, Chairman Ozaki of the Tokyo Medical Association said, “I would like to say that it is “Three weeks to work seriously”. Everyone in society is connected. Young people and elderly people are connected. I would like you to think about that again.”

No! We don’t need such word play!

(*Japanese politicians like to speak good-sounding words without taking any action.)

However, aside from “wordplay”, while only the government and local governments can take large-scale domestic COVID-19 measures, everyone feels frustrated …!

And I wonder if Santa will come tomorrow on Christmas Eve. ..

Daddy mom, do your best! lol