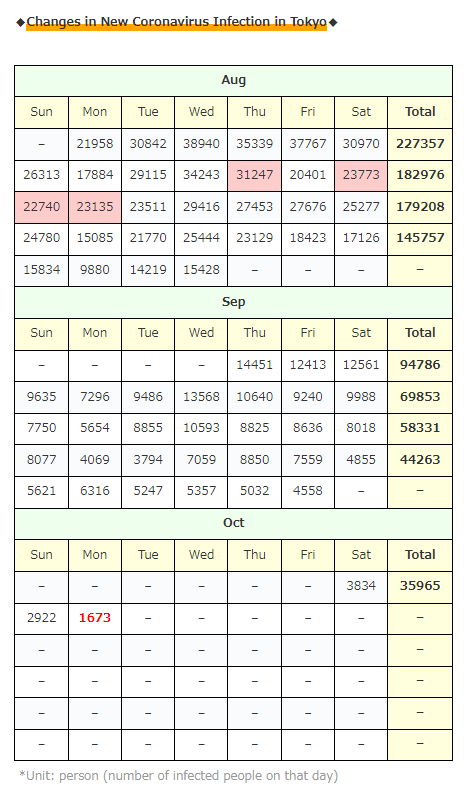 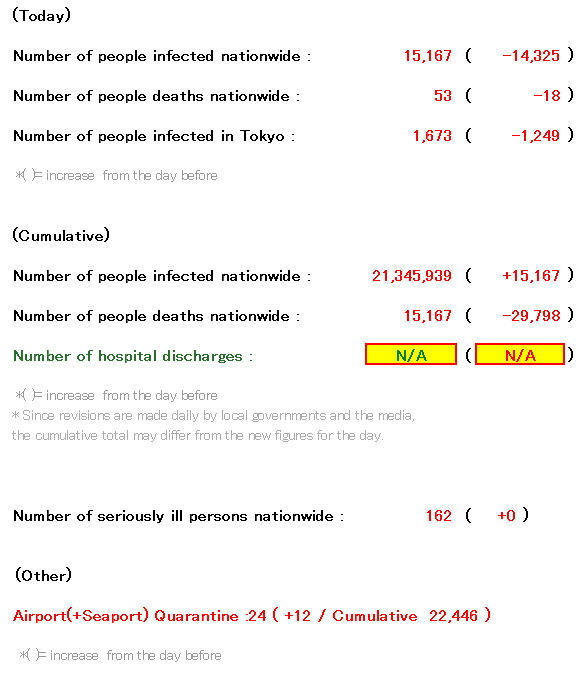 The number of infected people in Tokyo is…
Normally, the number should be the lowest on Monday, but I don’t know how that will change due to the influence of Limitation of targets for notifiable disease surveillance…(dry laugh)

This week is actually the first time it’s affected in a full week, so keep an eye on the changes this week…!
(*”Limitation of targets for notifiable disease surveillance” started last Tuesday) 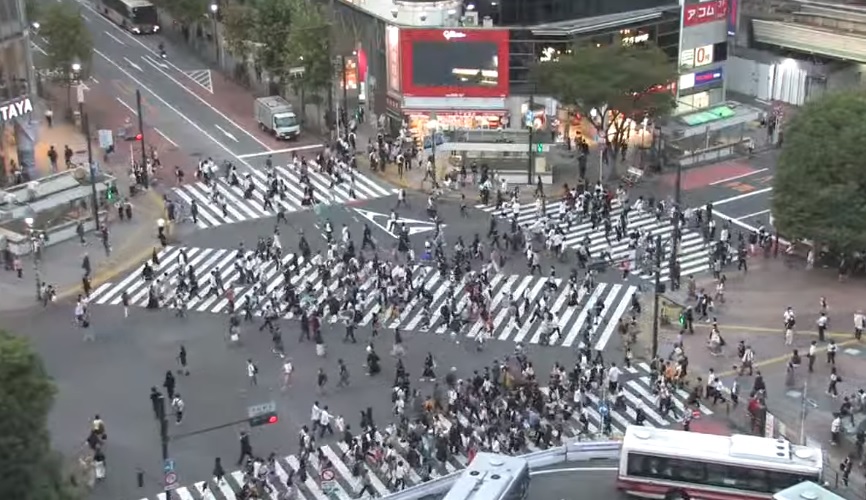 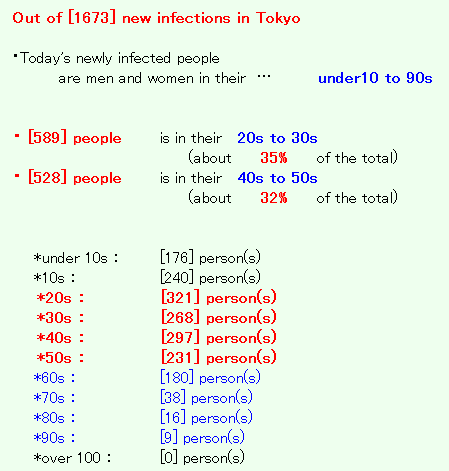 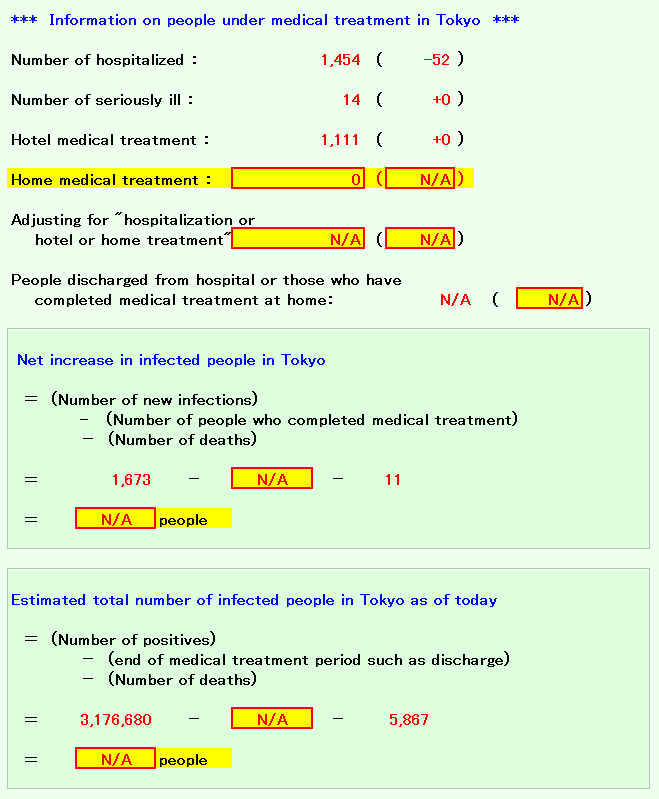 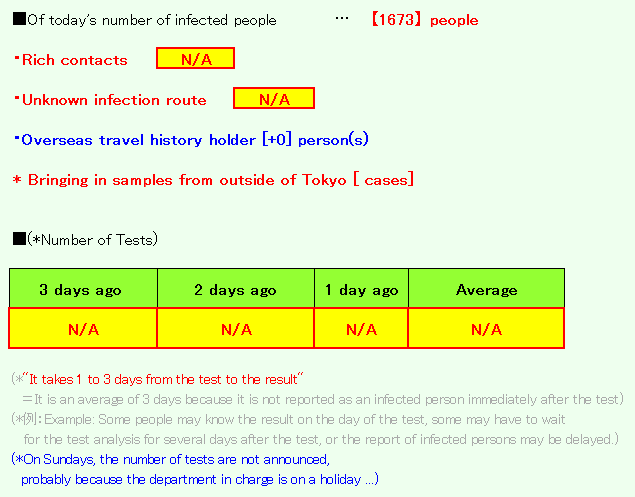 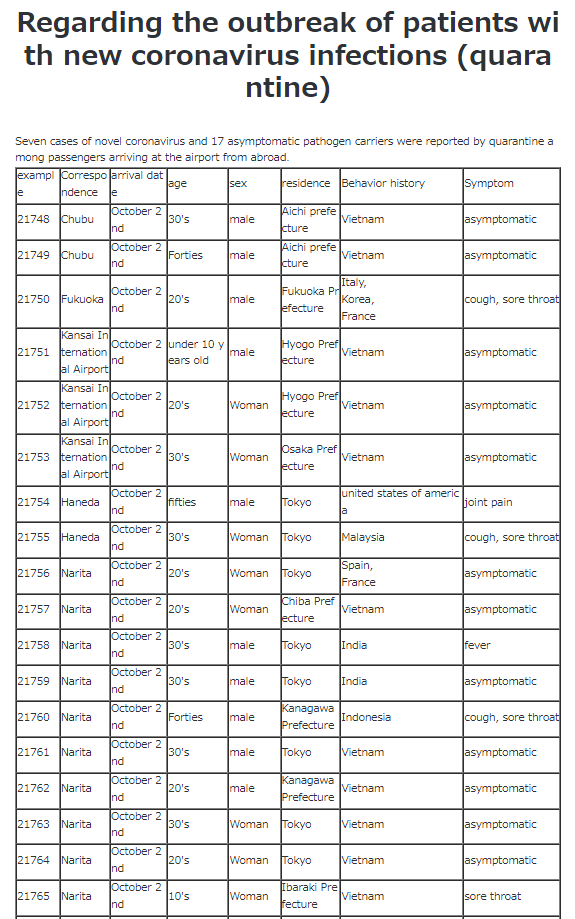 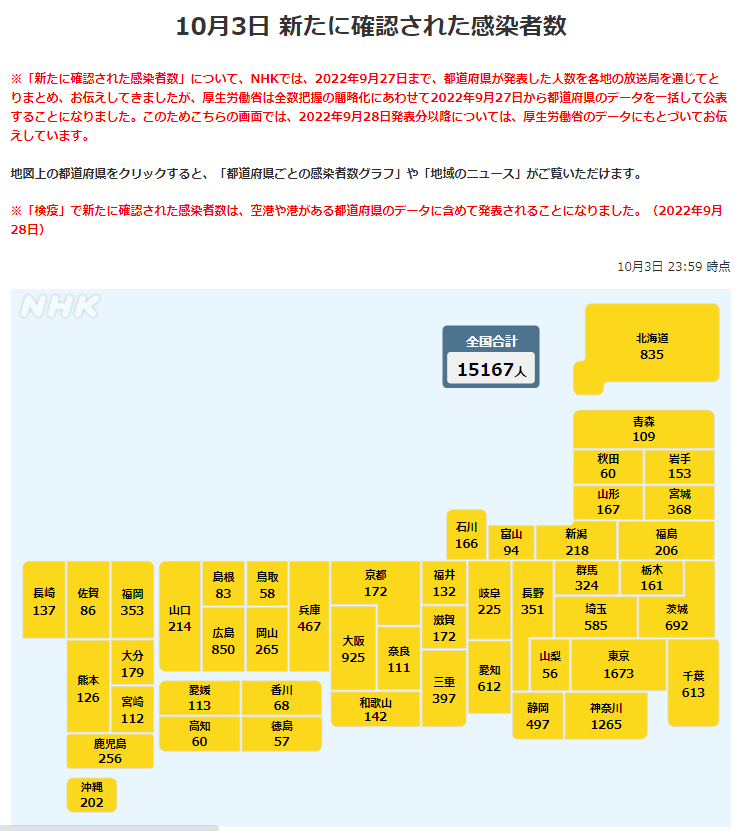 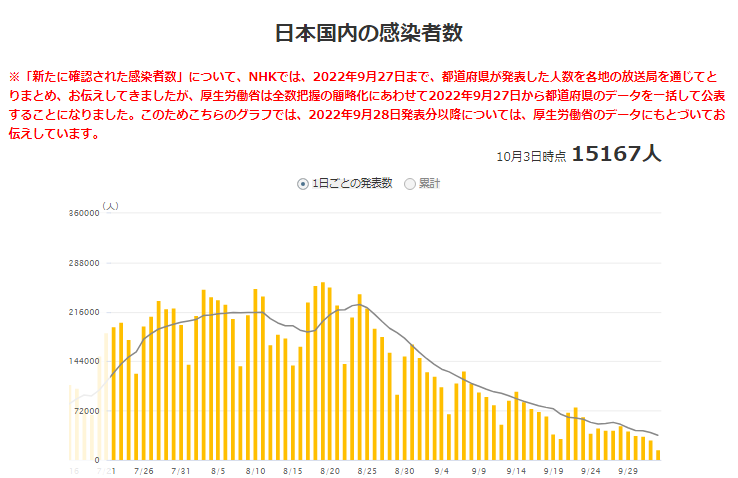 Well, I did my best to “input data” today, so it seems that the volume of the article will be less…!

I always refer to the NHK page to introduce the number of infected people in each prefecture like this, but… 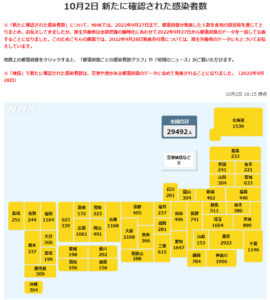 If we were to make it into a bar graph, it’s like this:

(Cumulative number of infected people in each prefecture) 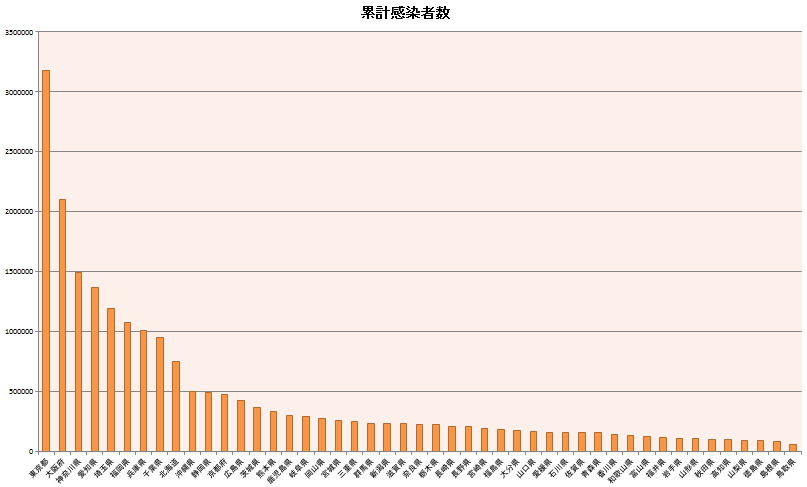 ↑…However, this is only the total for the entire period from the first wave to the present, so it does not represent the “recent infection situation”.

What does that mean… 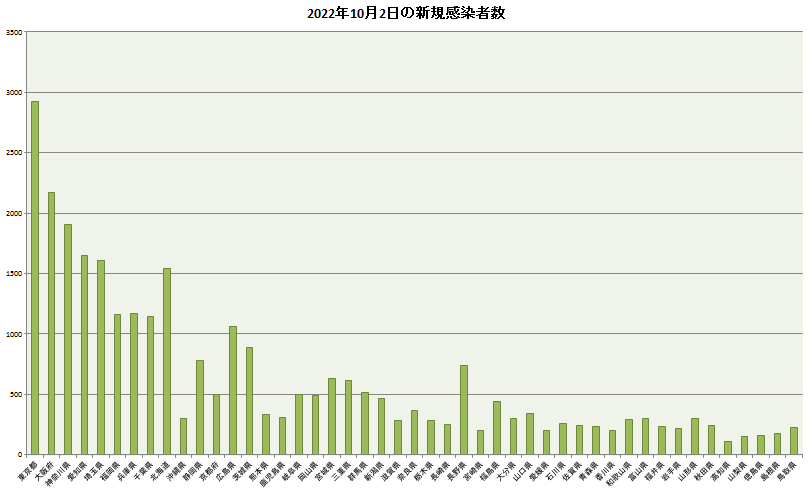 ↑Although they are arranged in the same order as the previous graph, “total number of infected people”, you can clearly see that the graph is bumpy …!

If you look at the conspicuous cities of Nagano and Hiroshima, you’ll understand, but 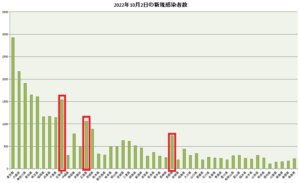 …now it’s no longer the case that “it’s safe because it’s not a big city like Kanto/Kansai”…!

However, it seems that the Japanese government does not intend to take any measures against infectious diseases in the future, and it seems that this will become a daily routine…
And unlike the flu, even though it’s “all year round”…

Well, I think it’s because the government subsidized so much for “company workers” under the COVID-19 disaster, but people have been saying since then, “In the end, we’ll pay for ourselves in the future.” That’s what it was like after all…

In the end, the Japanese government didn’t help much…

By the way, it seems that the monthly fee will be increased by about 500 yen to 1000 yen.
I really feel sorry for those who got a job after the COVID-19 disaster…;