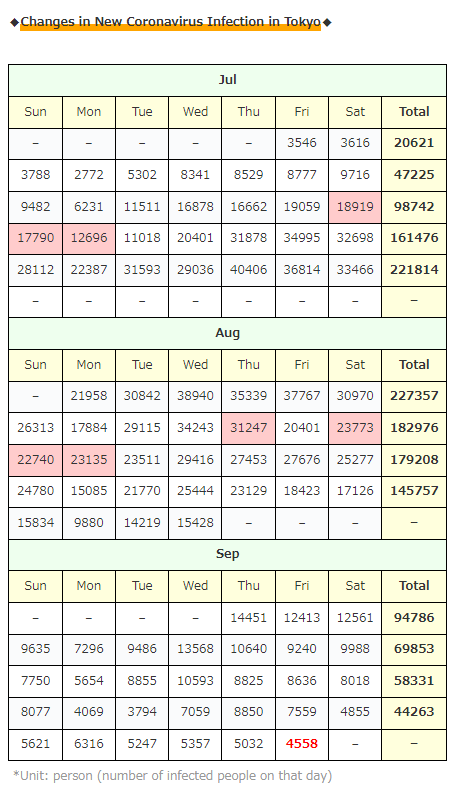 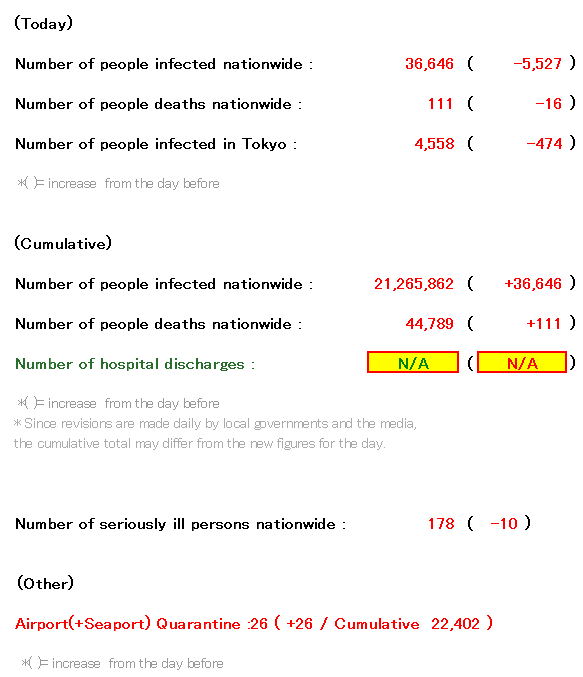 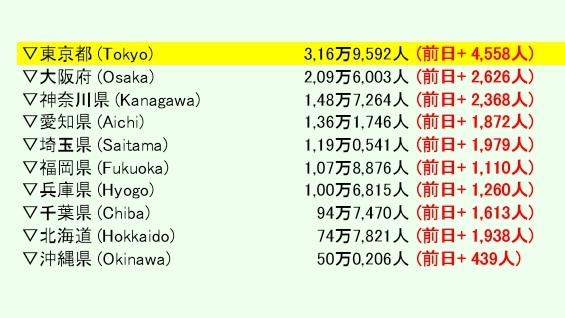 In Tokyo, the “Limitation of targets for notifiable disease surveillance” has been in effect since Tuesday this week, but it seems that not only the infection status is unknown, but even the accurate number of people can not be counted… 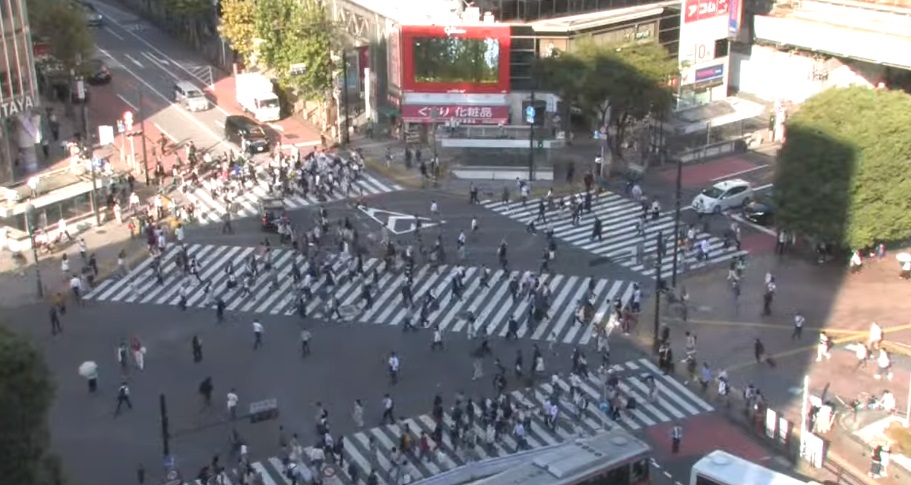 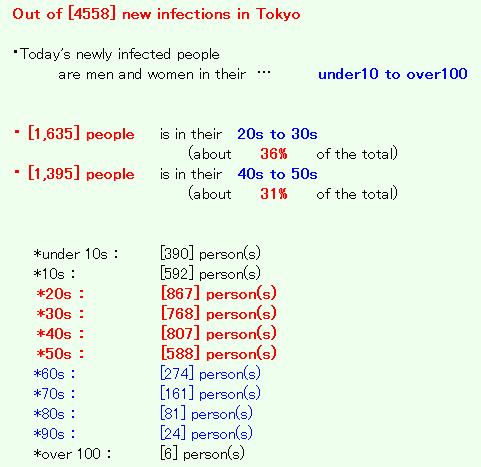 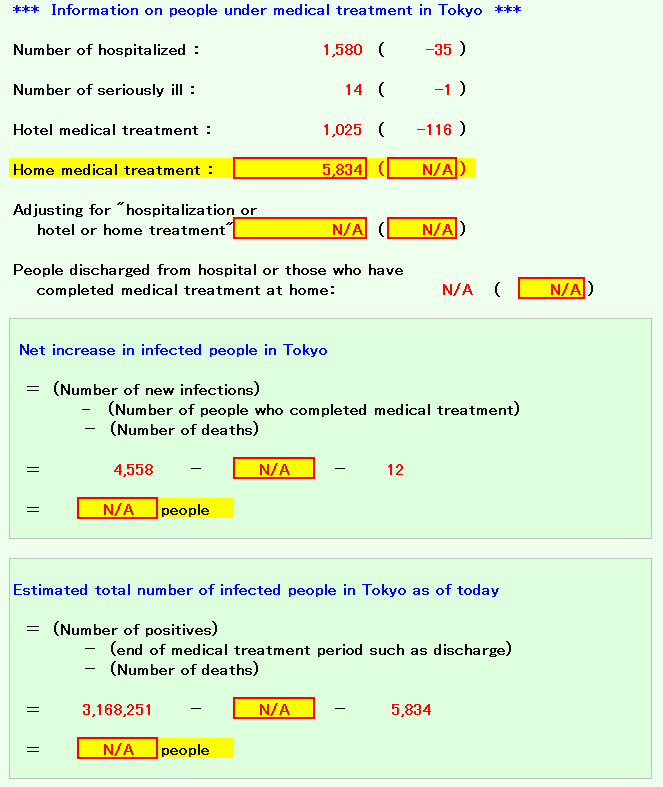 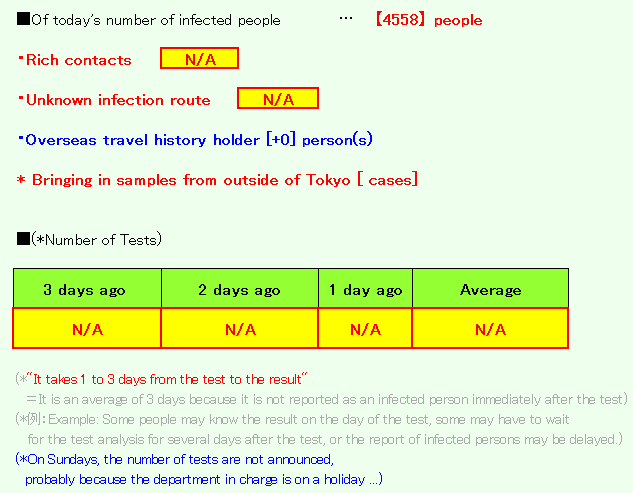 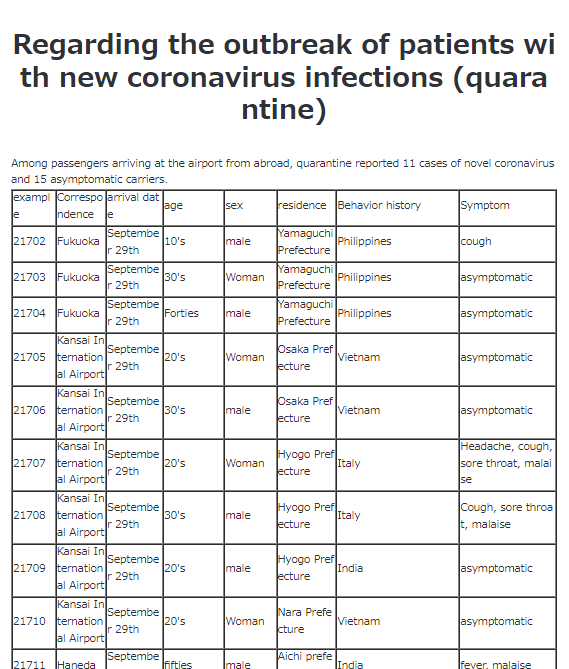 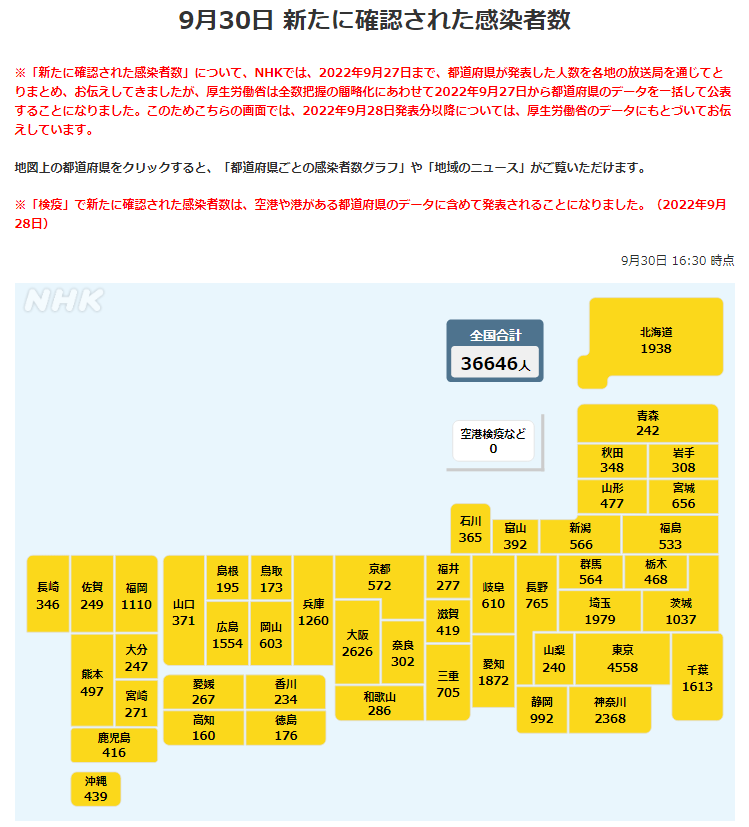 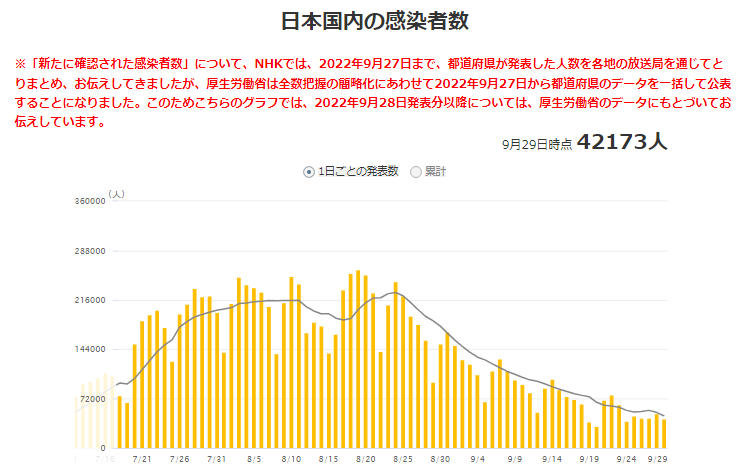 The Japanese government’s explanation to the people should have been as follows, so..

“Because the workload of public health centers and medical institutions is too heavy,”

“We will stop registering the names and addresses of all infected people in the system, and will follow up by registering personal information only for those who are at high risk of becoming seriously ill.”

“Asymptomatic infected people and those with mild symptoms should manage their health on their own.”

“But please rest assured that we will continue to count the number of infected people and the percentage by age group.”

…So, we thought, “Well… we can still see the overall number of infected people, and we can somehow grasp the infection status, so it’s still O.K…”, but it seems that’s not the case…

As I wrote earlier, the nationwide “Limitation of targets for notifiable disease surveillance” has just started, so I don’t know the overall situation yet, but

it seems that Ibaraki Prefecture, the only Kanto region where did it from September 2nd, now something has gone terribly wrong.

(Changes in the number of infected people in Ibaraki Prefecture, where most part of Notifiable disease surveillance has been abolished)

←Before abolition / After abolition→ 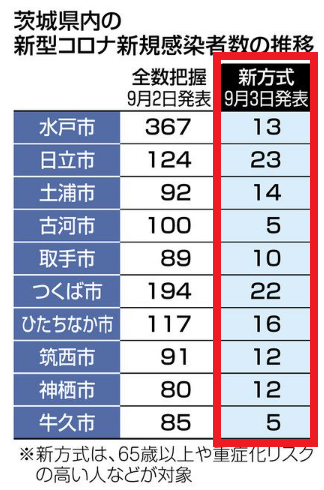 What…?
According to the Japanese government’s explanation, “the daily number of new infections should not change”…

…In Ibaraki, in the first place, the daily number of newly infected people by municipality is calculated based on the “infection notification”, so it seems that the number of infected people announced has decreased to nearly 1/10 because the “Limitation of targets for notifiable disease surveillance” has stopped issuing reports of mild and asymptomatic infections.

Ibaraki Prefecture is still counting the total number of infected people in the prefecture, but it seems that Tokyo and Chiba will be in the same situation, so they have stopped announcing the numbers by municipality…

The article also includes the voices of people from Ibaraki Prefecture, who lament that “because we don’t know where and what is happening, there is nothing we can do to prevent infectious diseases.”

According to the article, the only people in Ibaraki Prefecture who are happy with the “Limitation of targets for notifiable disease surveillance” seems to be medical professionals and prefectural officials.
It’s outrageous for the Japanese government to give up easily grasping the infection status in order to lighten their work burden…

Today, I summarized the situation in Ibaraki Prefecture, an area where nearly a month has passed since the “Limitation of targets for notifiable disease surveillance”.

What we must not forget is that “Ibaraki Prefecture is not special, it is like that throughout the country”

Various restrictions have been relaxed to the greatest extent since the start of the corona crisis in Japan, but the number of infected people may increase in the “promised 8th wave” to an extent that cannot be compared with the previous 7th wave….