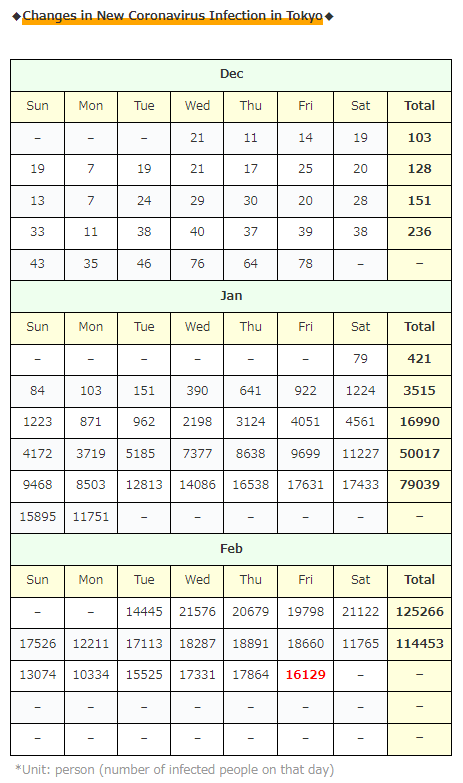 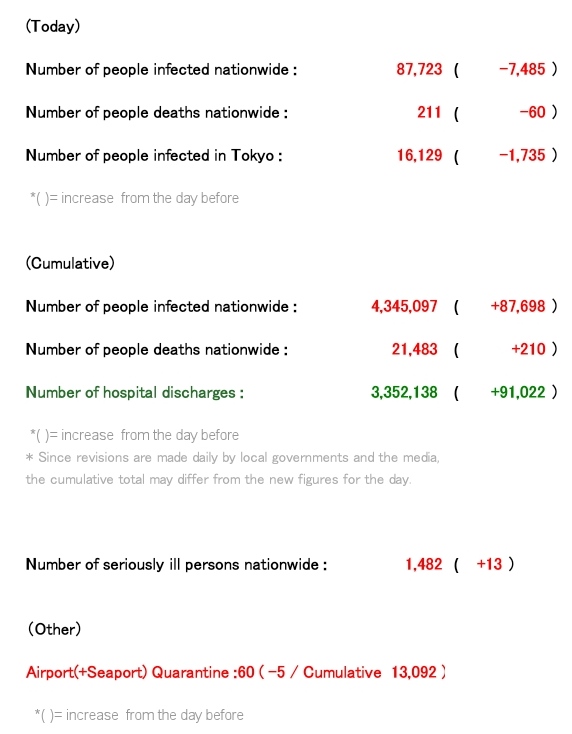 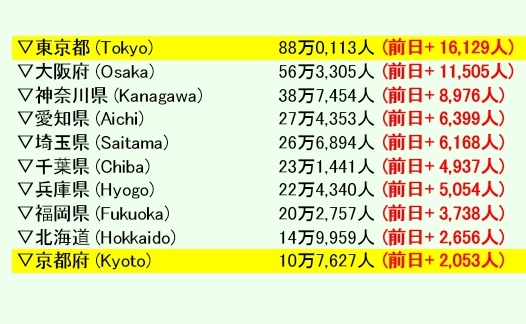 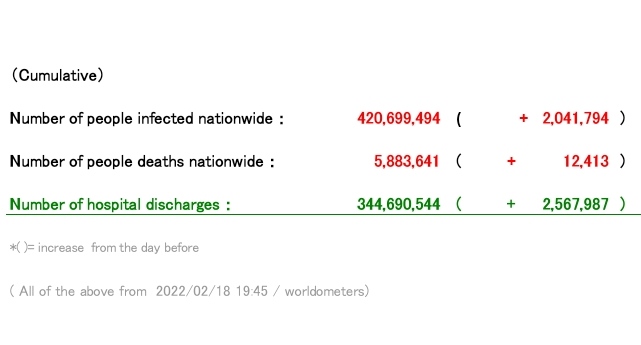 The number of infected people in Tokyo is …
Every day, the number of people has decreased by 1000 to 2000 since the previous week …!

I can’t say if I’m happy with this number …!

I hope it will continue to decrease, not “stop down” …! 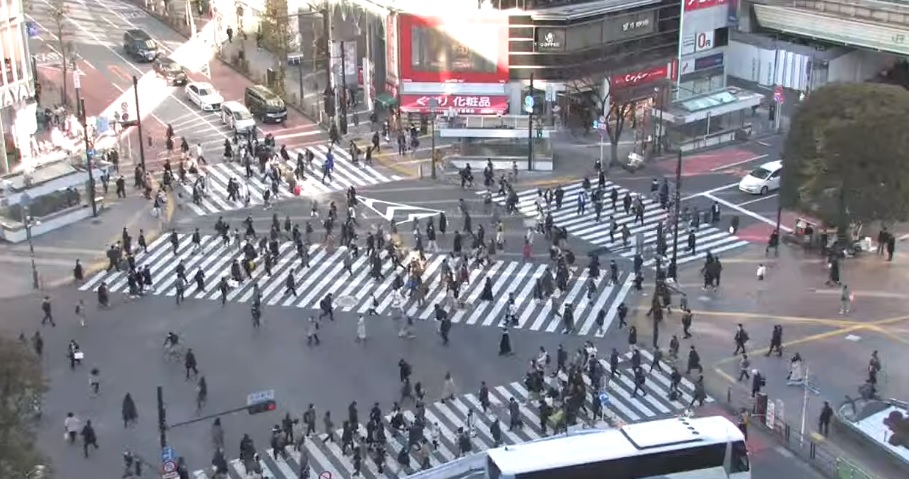 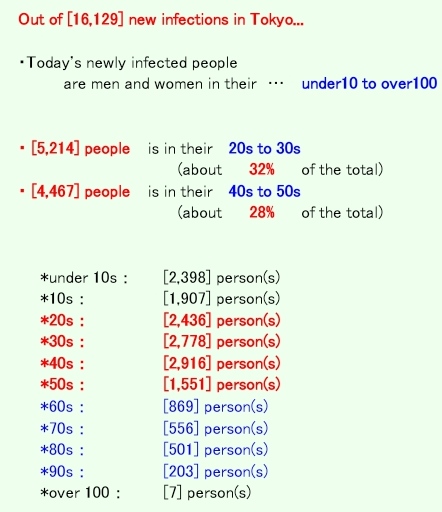 ・ There are [613] patients who are close contacts and have symptoms and are diagnosed with infection without PCRtest at the doctor’s discretion. 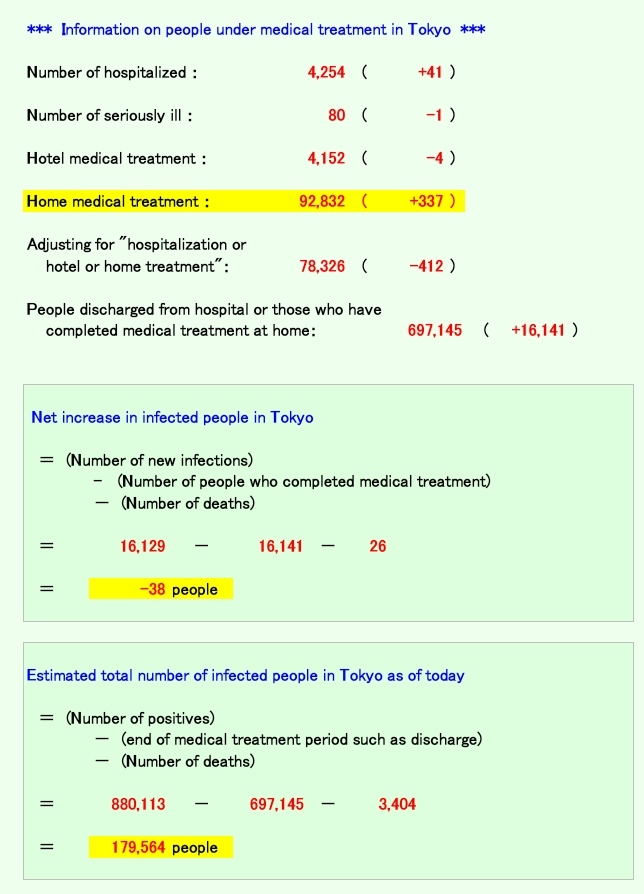 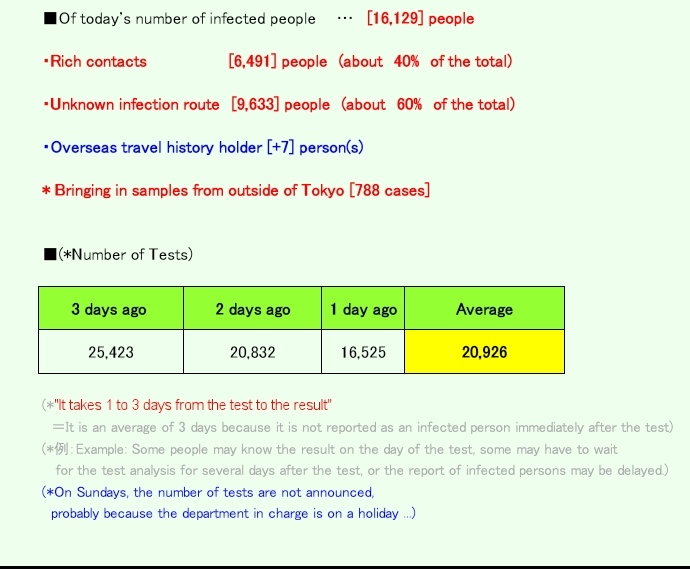 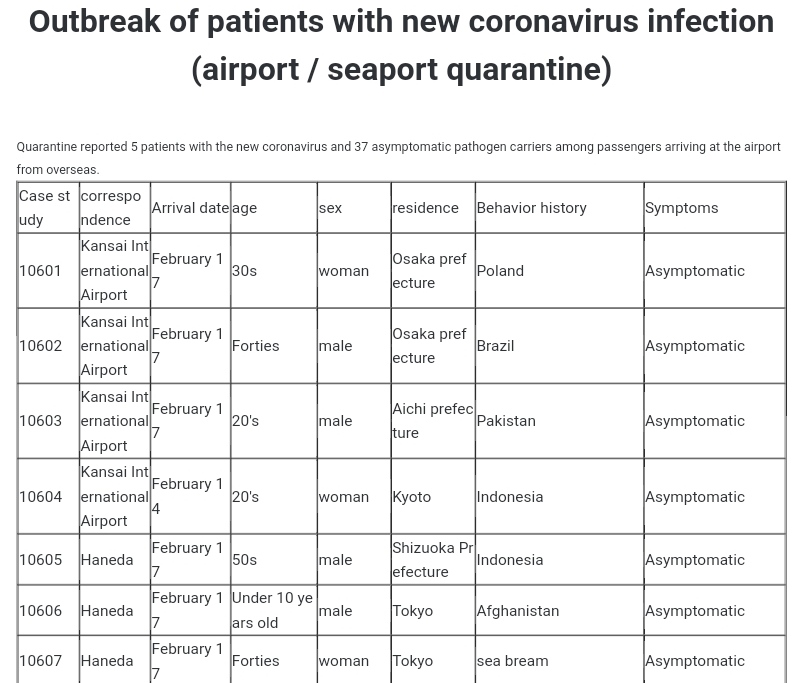 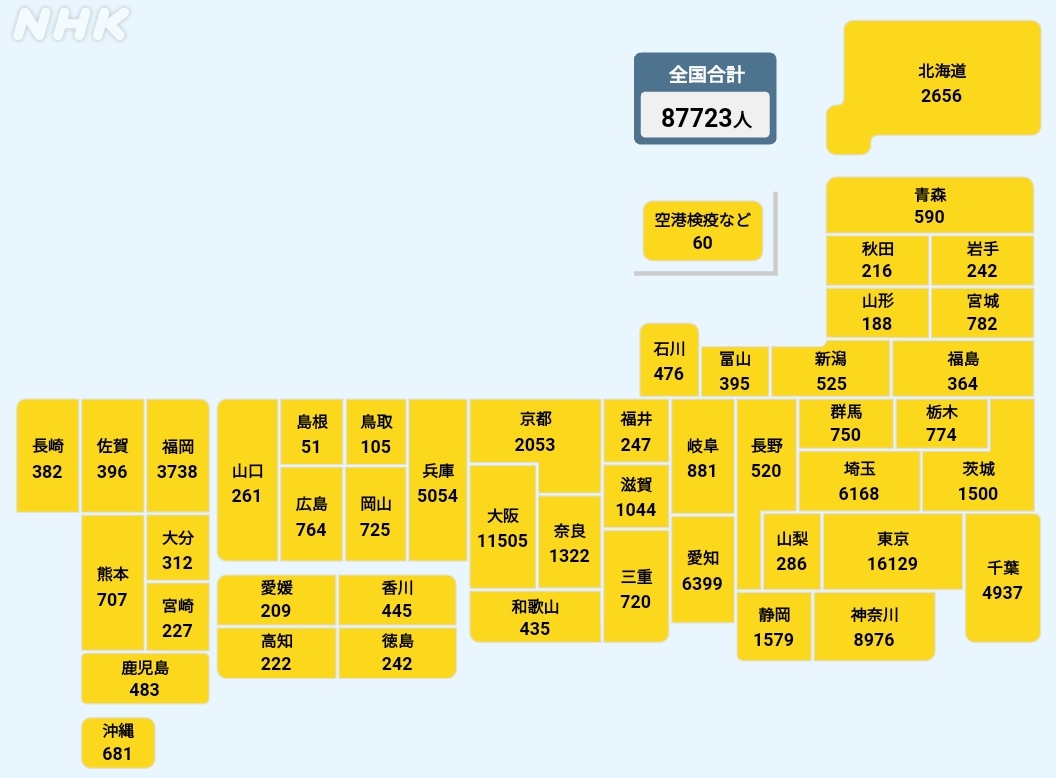 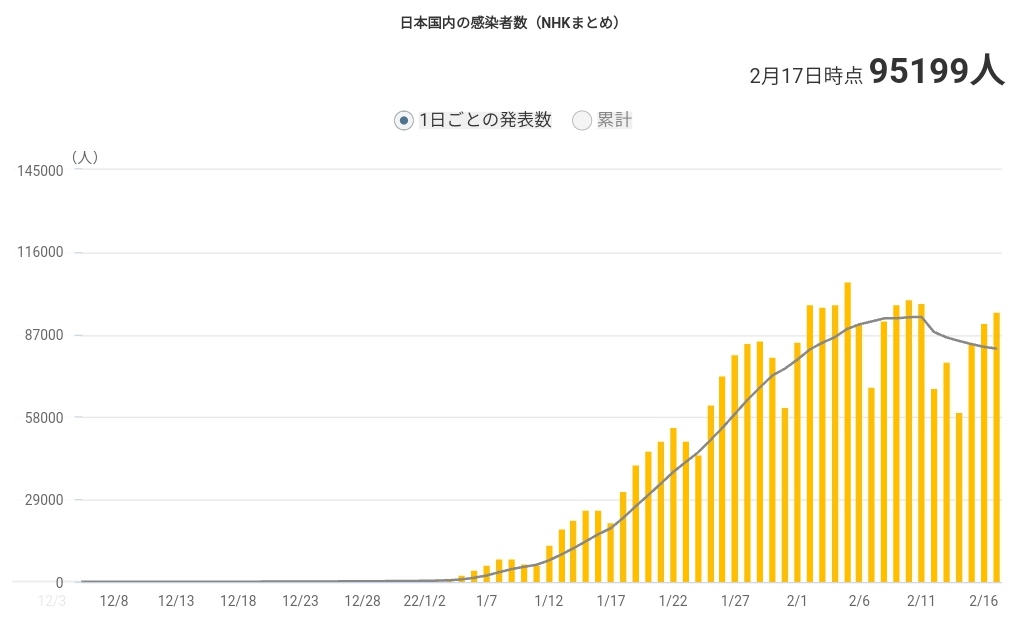 Recently, the infection situation in Japan is still serious, but … 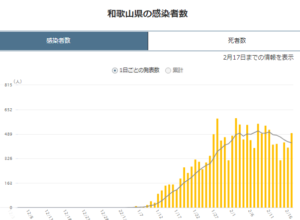 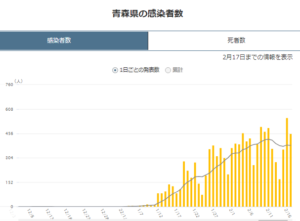 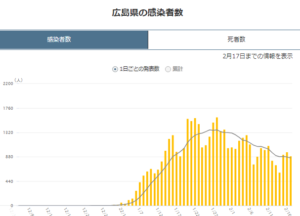 In Oita, the prefectural government said that the number of infected people is declining, and requested the cancellation of priority measures such as prevention of spread.

When you hear this much, you think, “Oh, Oita is already heading for convergence!”, right?

However, this is the graph of Oita … ↓ 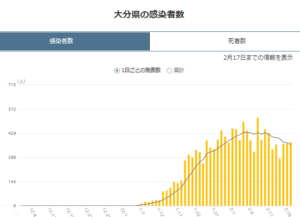 This is the reason why Oita Prefecture requested cancellation ↓
①It seems that the number of newly infected people has passed the peak
②The bed usage rate is 37%, which is the same as before the measures.

By the way, it seems that the spread of infection could not be stopped even in Chiba prefecture, and the third temporary medical facility in the prefecture was opened …!

The facility to be opened this time is set up in the “Nagareyama Citizens’ General Gymnasium” in Nagareyama City in the northern part of the prefecture, and it seems that it is intended for patients who are at risk of becoming seriously ill due to chronic illness and need medication treatment …! 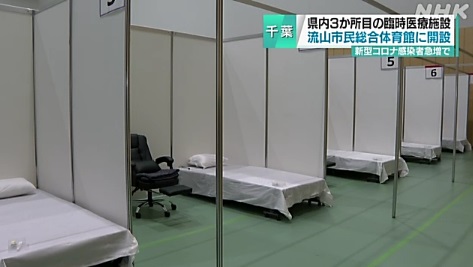 The number of newly infected people has passed the peak!
The Japanese government and local governments feel at ease like that, but
yesterday the death toll from COVID-19 nationwide was the worst ever at 269.(*NHK)

It’s only a few days (until it’s completely healed), so I hope these facilities will be used more and more …!

By the way, it seems that 24 people died yesterday, the worst ever in Tokyo …

Details of the dead on February 17th yesterday ↓ 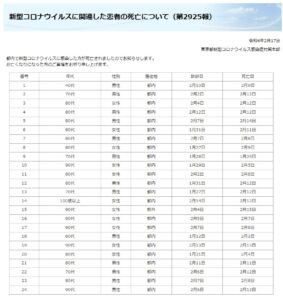 *The death toll on February 18th was 26, the worst number ever for two consecutive days …
(*東京都福祉保健局)

One and a half months after January 1, the starting point of the spread of the infection, the number of deaths has finally been reflected in the infection situation …
The government seems to continue the easing mood even here, but… 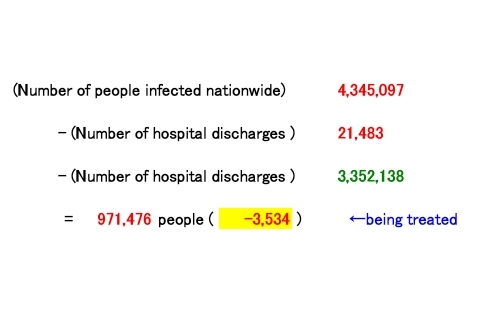 By the way, even Tottori Prefecture, which has the lowest cumulative number of infected people in Japan, cannot stop the current spread of infection …!

On February 17, 138 people were announced to be infected … 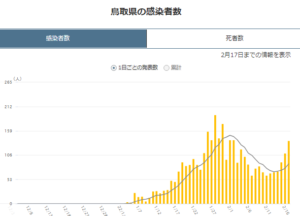 ↑This shape is a little too bad …

It seems that the virus has entered everywhere …