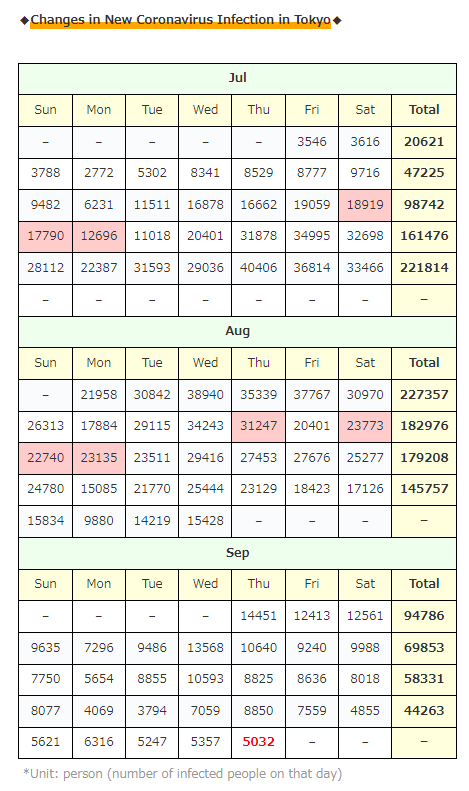 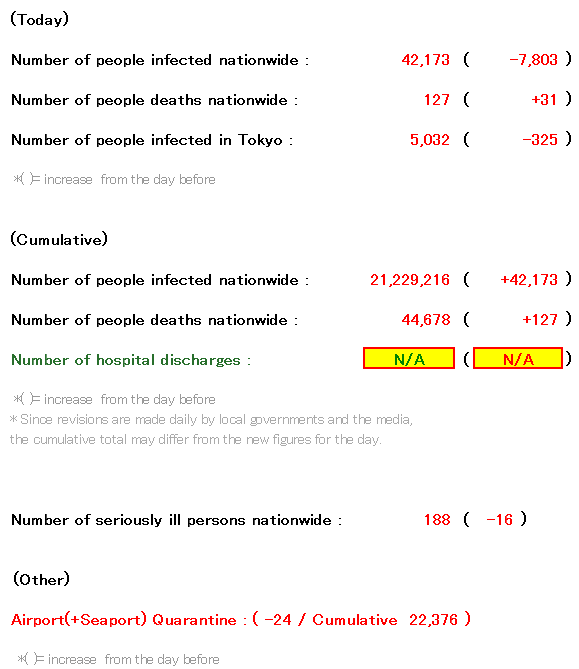 There is no such thing, so it seems that the infection status has become completely unknown due to “Limitation of targets for notifiable disease surveillance”… 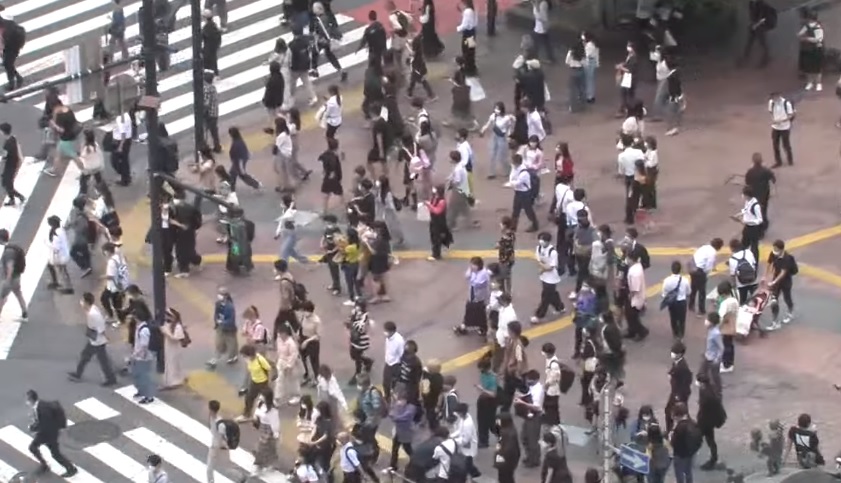 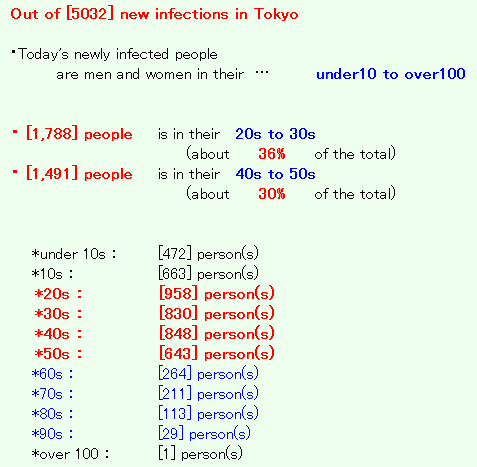 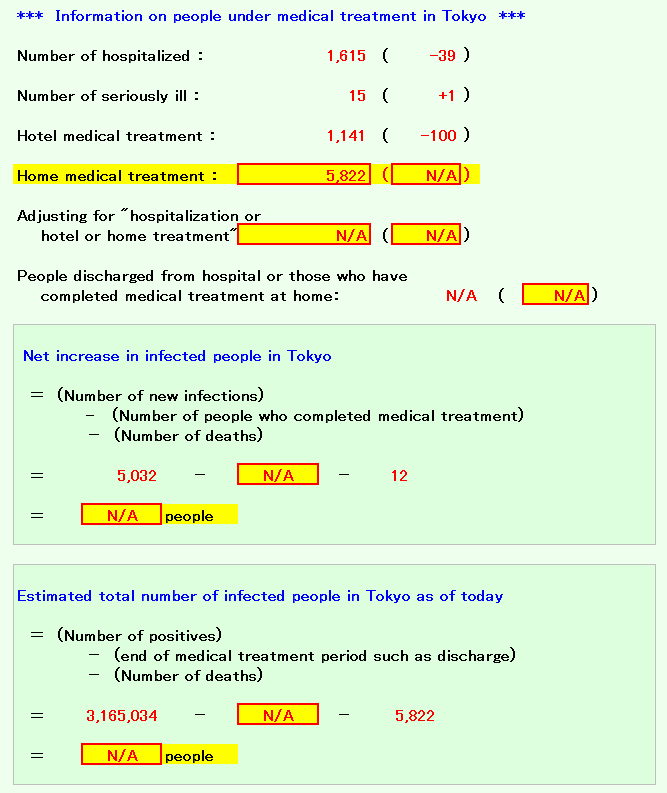 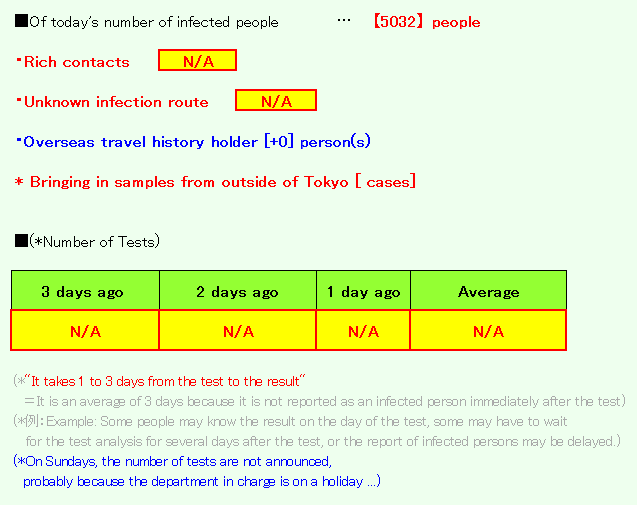 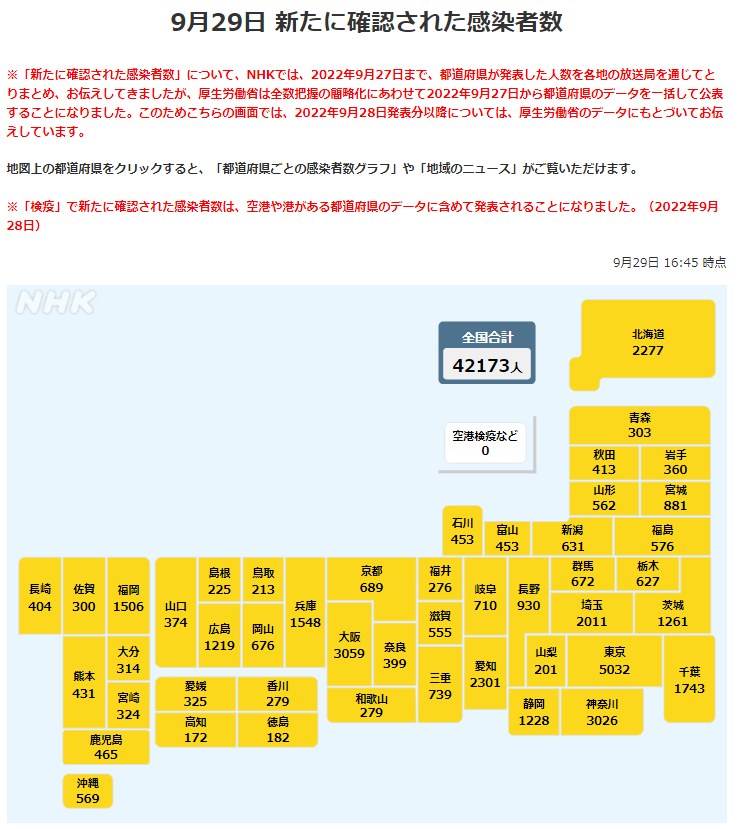 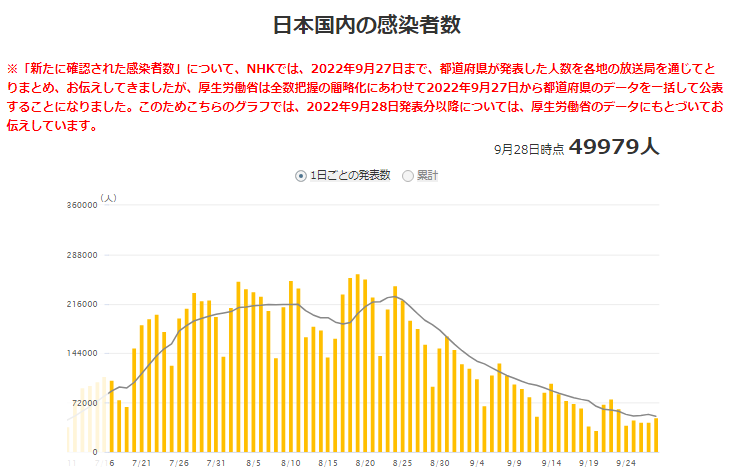 In Japan, the situation is “as if the COVID-19 disaster is over”…

The number of infected people has only decreased to the number of “the day when the previous wave had the most”, but from October 11, immigration restrictions will be completely abolished, individual overseas travel is completely permitted, and it seems that there is a policy to subsidize domestic travel as well. 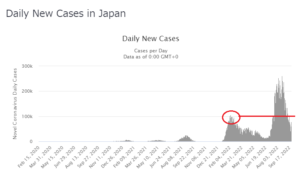 “If COVID-19 had been completely resolved,” that would be very nice, but…

However, this trend is not only in Japan, but it is becoming a trend all over the world…

For example, it seems that Hong Kong has almost abolished quarantine measures for immigrants from September 26 the other day.

Hong Kong was originally quite relaxed, and since August, it seems that only three days of hotel isolation and four days of health observations have been implemented for those entering the country, but it seems that this has almost been abolished this time…!

The only thing left is “Health observation for 3 days, but if the PCR test is negative, you can go out”

By the way, the infection situation in Hong Kong is like this ↓ 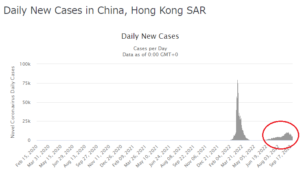 …Yes, the virus infection is not spreading at all. 🙂

I’m very sorry for comparing it to Japan…! 🙁 lol

Today, I briefly summarized the degree of relaxation of overseas(Hong Kong) infectious disease countermeasures, but on the other hand, “How is the infection situation in Japan from a global perspective?”

Until a few weeks ago, the cumulative number of infected people was 10th in the world,
(↑It’s still terrible though)
but the ranking has been further increased, now Japan seems to be the ninth in the world… 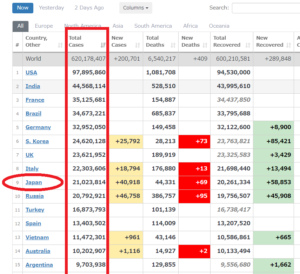 …Did you think “Japan has a large population and it’s natural”?

No, it’s not.
In fact, Japan has the 11th largest population in the world. 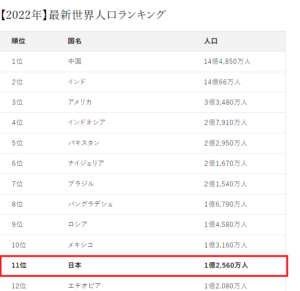 Japan was doing well during the first wave…
Where have we gone astray…!